It goes without saying that just because two people share the same zodiac sign doesn’t mean that they have to be alike. Even if you’re not particularly interested in horoscopes, you’re aware that there’s more to it than just your sun sign.

Your birth chart, for instance, shows the placement of planets and their relationships at the time of your birth, which can shed light on your personality.

In the grand scheme of things, what significance does your actual date of birth have for two people who share the same zodiac sign? July Leo vs. August Leo, is there a substantial difference?

The brightest and most dramatic among the signs of the zodiac, Leo likes to be in the limelight. Represented by the Lion and under the influence of the sun, Leos are all about passion, enthusiasm, and positive energy.

Do both July Leos and August Leos share these personality traits, or are they all still simply Leos? Here’s how the birth month affects personality.

July Leo Vs. August Leo: What Are Decans? 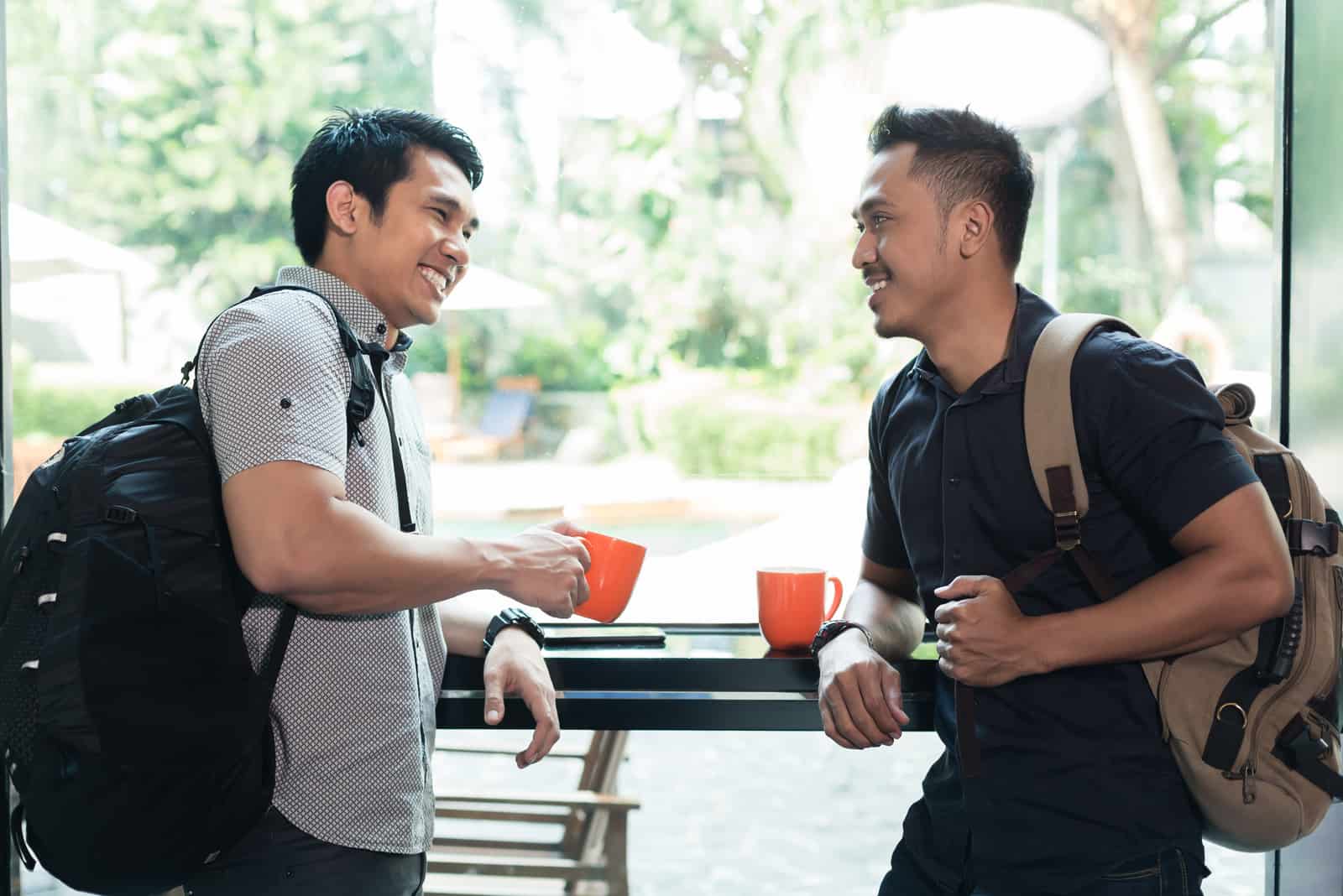 Why is it that the basic traits of a star sign manifest in different ways for people born under the same astrological sign but in different months?

The key to understanding this is to realize that the zodiac is divided in a variety of ways.

One way the signs can be divided is by which element they represent. Leo, alongside Aries and Sagittarius, is a fire sign. Zodiac signs belonging to the same elements have similar personality traits.

A way to describe how the sign relates to the world divides them into one of the three modalities: cardinal, fixed, or mutable. Along with Taurus, Scorpio, and Aquarius, Leo is a fixed sign and embodies summer.

Each sign occupies 30 degrees on the zodiac wheel, and the sun moves across this distance in 30 days. The 30 degrees of a sign are divided into three subdivisions called decans. The sun crosses each decan in about ten days.

Different planetary influences affect each decan of a sign. The first decan is always dominated by the sign’s typical ruling planet. The other two are influenced by planets that rule signs from the same element.

To put it another way, a July Leo is the first decan Leo, while Leos born in August are either second or third decan Leos.

Leo’s first decan is in the sign of Leo and is ruled by the sun. This explains why between July Leo vs. August Leo, a Leo born in July is more typical for their sign than one born in August.

What Are The 3 Types Of Leo? 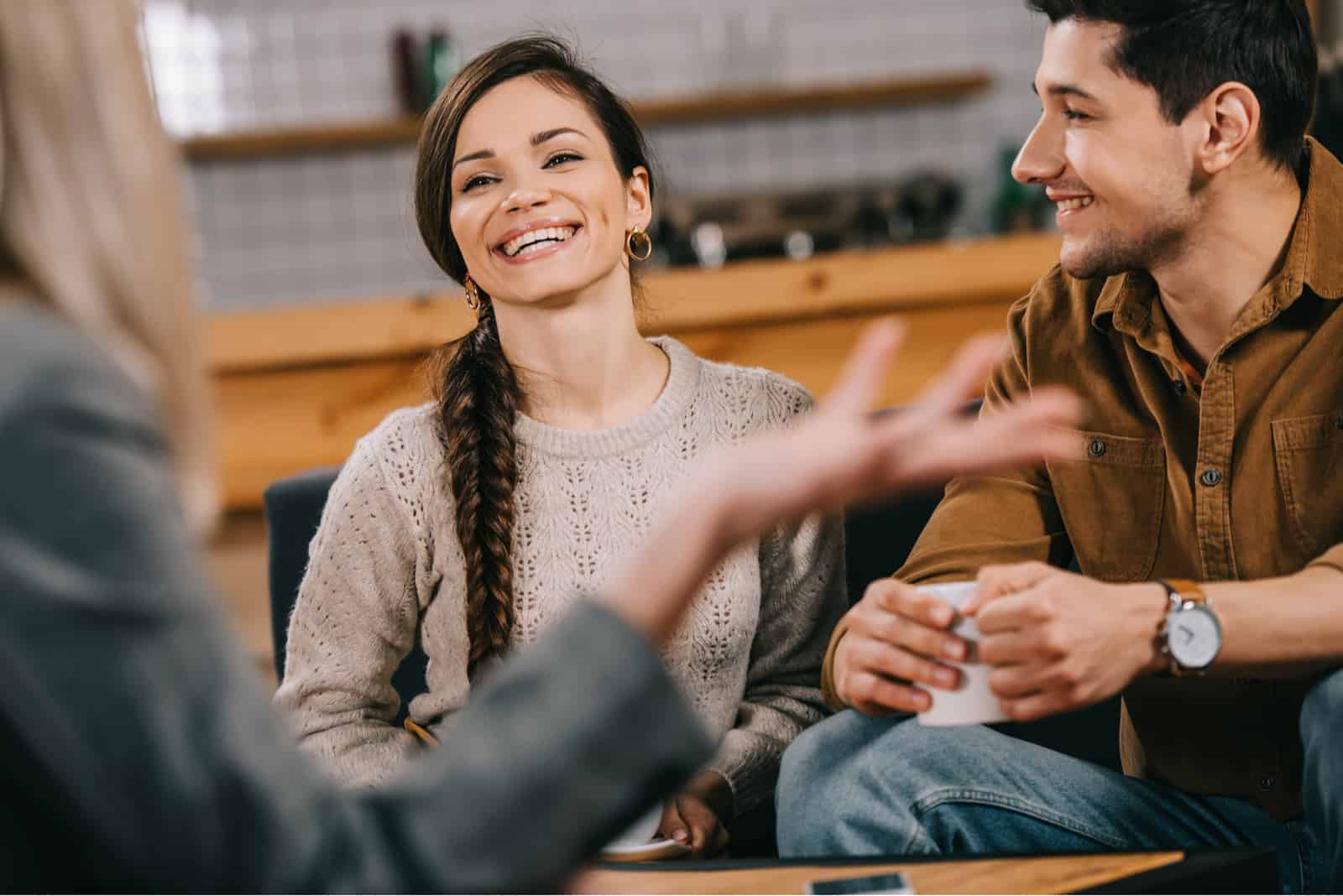 Ruled by the sun, it’s clear to see why the Leo personality is all about passion, power, and endless energy. People born under the Leo sun sign are the life of the party and always in the spotlight. Confident and ego-driven, Leos always have something nice to say about themselves.

While all Leos, regardless of their birth month, have Leo traits, July Leo is the Lion personified. They’re stereotypical Leos – all Leo traits are magnified in first decan Leos.

August Leos feel the effect of other planets besides the sun. This makes them a little less loudly Leo, but they’re still Leos nonetheless.

July Leo opens Leo season. Influenced by the sun, the first decan Leo is what you imagine a Leo would be. July Leo is the paragon of everything Leos love, hate, and what they’re all about.

A stereotypical Leo, the first decan represents its sign to the fullest. The energy of the sun permeates their whole being, making them a warm, welcoming presence who shines bright and loves it.

When Leo walks into a room, you’ll know. Their energy radiates heat toward other people and serves to uplift and invigorate everyone who comes into contact with them. People are drawn to their upbeat and positive nature and effortless charm.

Only when there is injustice can Leo get into a bad mood. Their passion is magnetic, and they’re well known for their generosity and loyalty. Having a friend in a July Leo means you’ll always have someone to rely on.

Leos are known for their pride. They derive joy and fulfillment from their accomplishments, which is sometimes viewed as arrogance by others. They value their dignity and look for respect and admiration from others.

Despite their outward boisterousness, their inner feelings are sensitive, and their ego easily bruised. They seek approval from others and want nothing more than for others to be as proud of them as they are of themselves.

July Leo needs kindness and understanding and is always ready to give the same to others.

They are quick to forgive and forget, and they never carry grudges. They’re attracted to people who are as optimistic and supportive as themselves.

July Leos have ambitious goals and ways to make them successful. Their enthusiasm for whatever they do is contagious, and their career has an important place in their life.

They’re immensely persistent – once a first decan Leo sets a goal, they stick with it no matter what obstacles they have to overcome until they achieve it. Their overwhelming energy and passion give them the determination to never give up.

Leo is the embodiment of extroversion and is capable of great success when collaborating with others.

They make an excellent leader who does not place unreasonable demands on their subordinates but encourages them to be the best they can be. 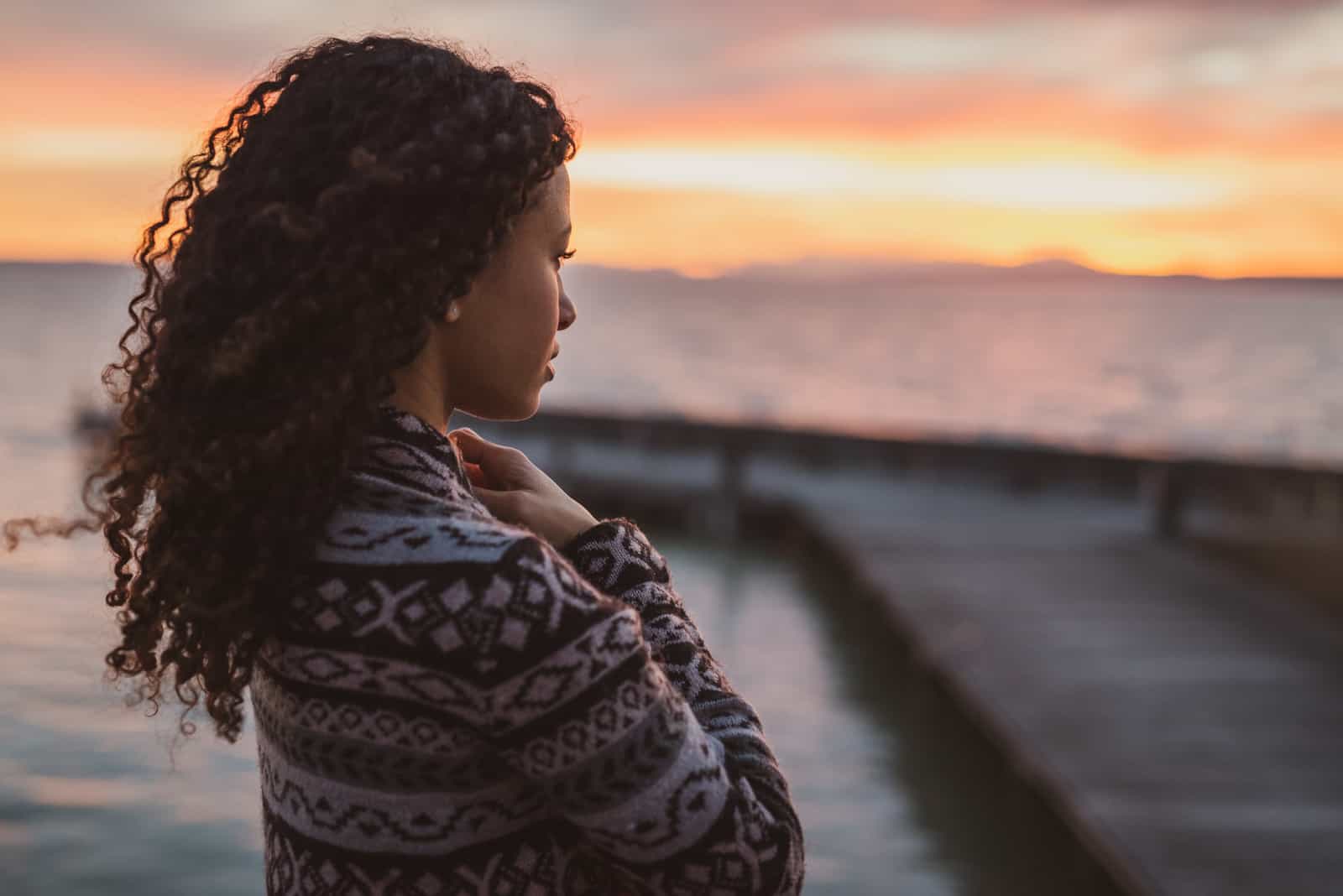 ‘Larger than life’ might be the most accurate description of second decan Leo. Everything about them is loud and grandiose. Sagittarius decan Leos are striking in both appearance and demeanor, and they are impossible to ignore.

They paint with broad strokes in whatever they do. They work and play hard, embracing life to the fullest without allowing fear and uncertainty to hold them back.

Their attitude towards life instills unwavering belief in themselves, and with it, they attract luck. When Leos love, they’re generous and passionate.

They’re good at what they do because they put their hearts and souls into it. They’re not afraid of risk or danger, and they’re as fun-loving as they’re hard-working.

This Leo decan is the most intellectual, and their ambition is, more than anything, focused on gathering as much knowledge as possible. They are capable of applying their knowledge in the most inventive ways.

They have a philosophical way of thinking, which, when combined with their incredible knowledge, allows them to solve any problem and gain wisdom.

Sagittarius decan Leos don’t allow minor details to negatively influence the overall picture and have razor-sharp focus. This can make them impatient and prone to temperamental outbursts.

They may have conservative worldviews and traditional ideas and attitudes, but their approach to life is anything but.

The king of the zodiac, Leo is devoted to improving the lives of others, despite the self-reliance and ego their title implies. They’re not only dedicated to their loved ones, but they won’t tolerate injustice against others.

A second decan Leo is a champion and defender, always willing to lend a hand when needed. They’re committed to making the world a better place.

Because of their beliefs and because they’re at their best when solving problems, they’ll never get tired of doing so, no matter how futile it may seem.

Leo is courageous and will never back down from a challenge; they’re a visionary who always sees the possibilities that lie ahead. They use their power to influence others to foster an atmosphere of acceptance and harmony. 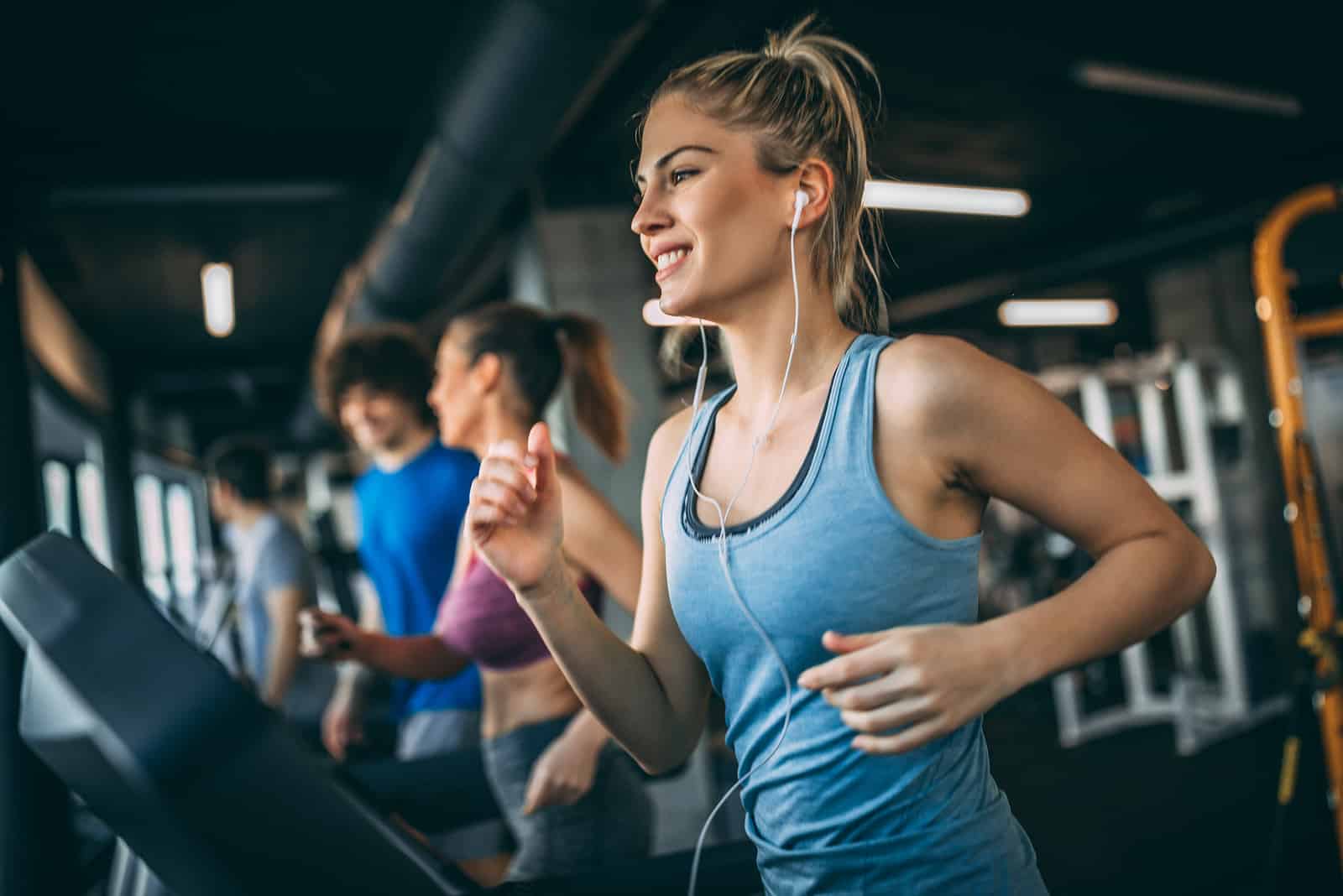 The third decan is the Aries decan, under the influence of Mars. The Aries decan makes Leo driven, possessing endless willpower.

When Mars combines with the sun, it results in a formidable blend of Aries and Leo. Unstoppable would be the best way to describe such a person.

Leo’s endless energy and purpose, combined with Aries’ drive and focus, create someone who doesn’t hesitate to act and never loses the willpower to keep going.

Mars Leo doesn’t wait until tomorrow to start something they want to see succeed – they do it now and don’t stop until they’ve achieved what they set out to accomplish.

This is someone who will give their all for their goals and lives to see the results of their effort bear fruit.

When you’re speaking with a third decan Leo, they pay close attention and keep eye contact to the point of being overbearing. Leo pays utmost attention to everyone they interact with and refuses to be distracted.

They have a real interest in other people, which they show through focus and dedication. Mars Leos inspire loyalty and respect in others because they make it clear that they care about and value the people around them.

People open up to them, and they have more than one best friend. Aries Leos are soft and gentle in their demeanor with their loved ones, who repay their kindness with loyalty and love. They’re trustworthy and honorable and have a heart of gold.

Aries Leos approach everything with vigor and a plan. They’re good at organization and are capable of predicting all the necessary steps for success.

On the extremely rare occasion that they don’t succeed, they don’t take it well. For them, failing is unacceptable. They can be self-righteous and stubborn, often incapable of admitting they made a mistake.

On the other hand, thanks to their hunger for knowledge, when they accept that they were wrong, they learn from their failures and never make the same mistake twice.

A third decan Leo remains optimistic in all their endeavors. It might take them a while to get back up when they stumble, but they never give up.

What Do July Leo And August Leo Have In Common? 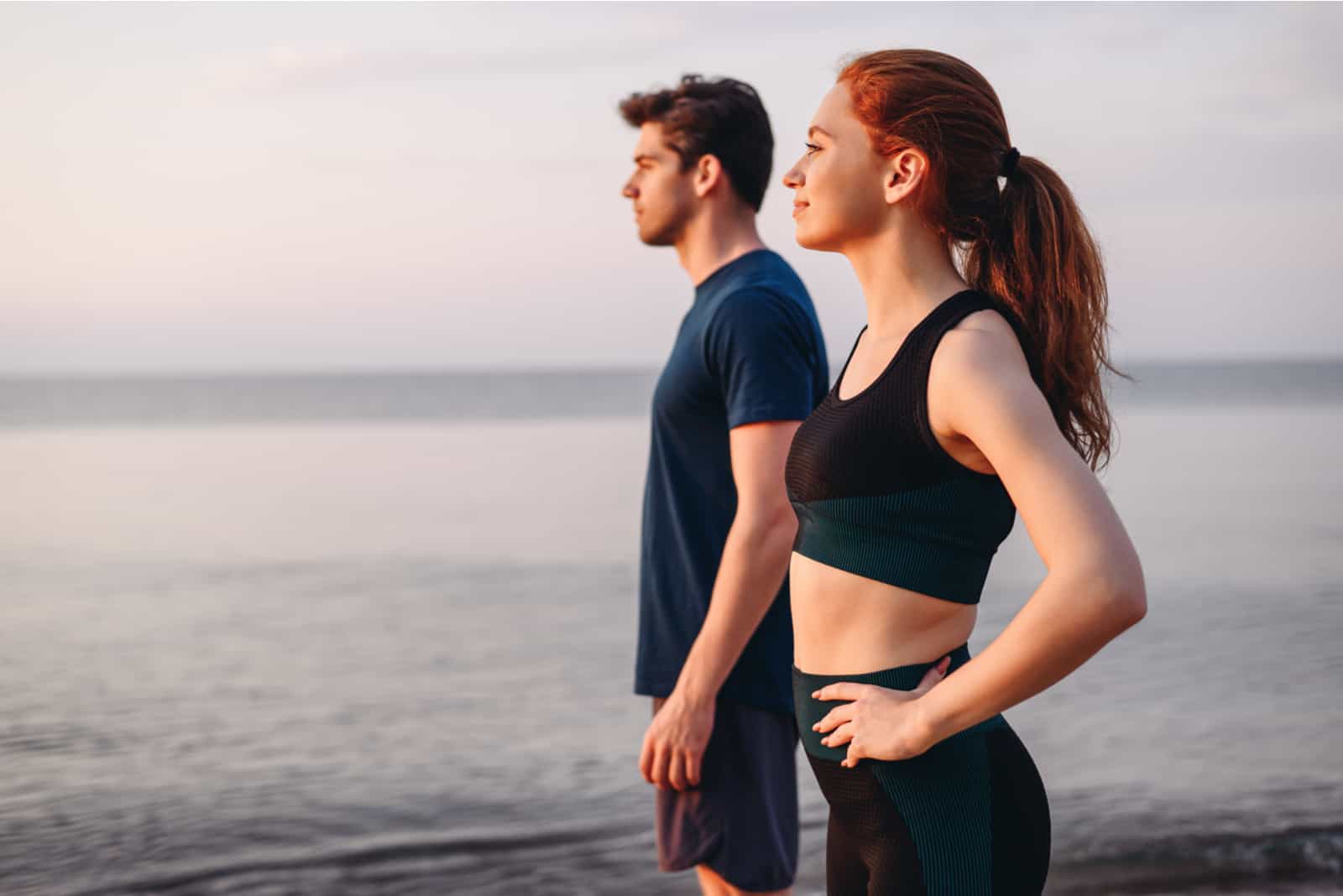 Each decan of Leo has something that sets them apart, but they undeniably all still possess the most prominent Leo characteristics.

Decans could be described as different perspectives. Each of them is fundamentally Leo, but they’re all a different expression of what it means.

Decans give you additional information in the same way your ascendant or the positions of Venus or Mercury in your natal chart do.

A Leo man is a natural leader, whether he was born in July or August. Born to be in the spotlight, he draws in people around them with his charisma, but some are turned off by his show-off attitude.

A Leo woman is persuasive, irresistible, and always the center of attention. She exudes fearless energy and is fiercely protective of those she cares for, no matter if she’s a July Leo or August Leo.

There’s no one a typical Leo doesn’t get along with. 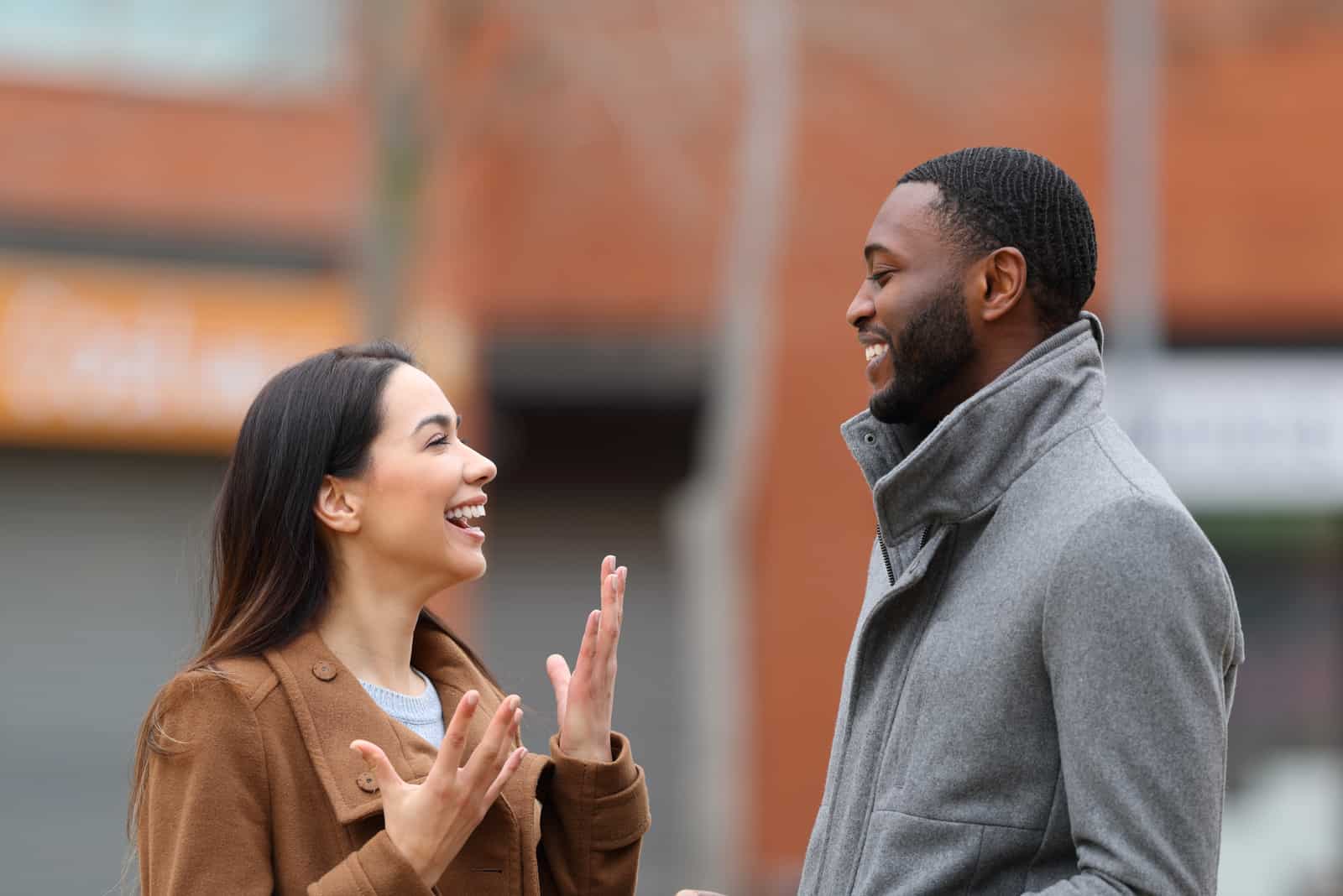 Powered by the endless heat of the sun, Leos are strong-willed, confident, and energetic. July Leo, who receives energy from the sun as their decan influence in addition to what is already available to them, can be described as the stereotypical representative of their sign.

Besides the sun, August Leos are influenced by Jupiter and Mars respectively, and those energies affect how their Leo personality manifests. Knowing the effect of decans makes your astrological snapshot clearer.

In the question of July Leo vs. August Leo, all of them remain Leos and, at their core, very similar. On the other hand, how they combine with certain Sagittarius and Aries features makes them unique.

If you’re interested in the other zodiac signs and their different characteristics depending on their birth month, check them out below: