You and your best friend might share the same zodiac sign and still be so different that you begin to wonder if this whole astrology thing might be nonsense. Of course, digging a bit deeper reveals that your astrological sign is only a small part of the whole picture.

Your birth chart, which shows the placements of planets at the time of your birth, can reveal much more than simply knowing your sun sign.

This isn’t to say that your sign doesn’t matter – it’s your essence and your identity, yet even that might vary depending on the exact date of your birth. December Capricorn vs. January Capricorn, how different are they really?

Capricorns, represented by the mythical sea goats, are often interpreted as standoffish workaholics and perfectionists with an eccentric side. They’re also known for their stubbornness, practicality, and sense of humor.

Are these traits true for all Capricorns, or does their birthday make a difference? Keep reading to find out.

December Capricorn Vs. January Capricorn: What Are Decans? 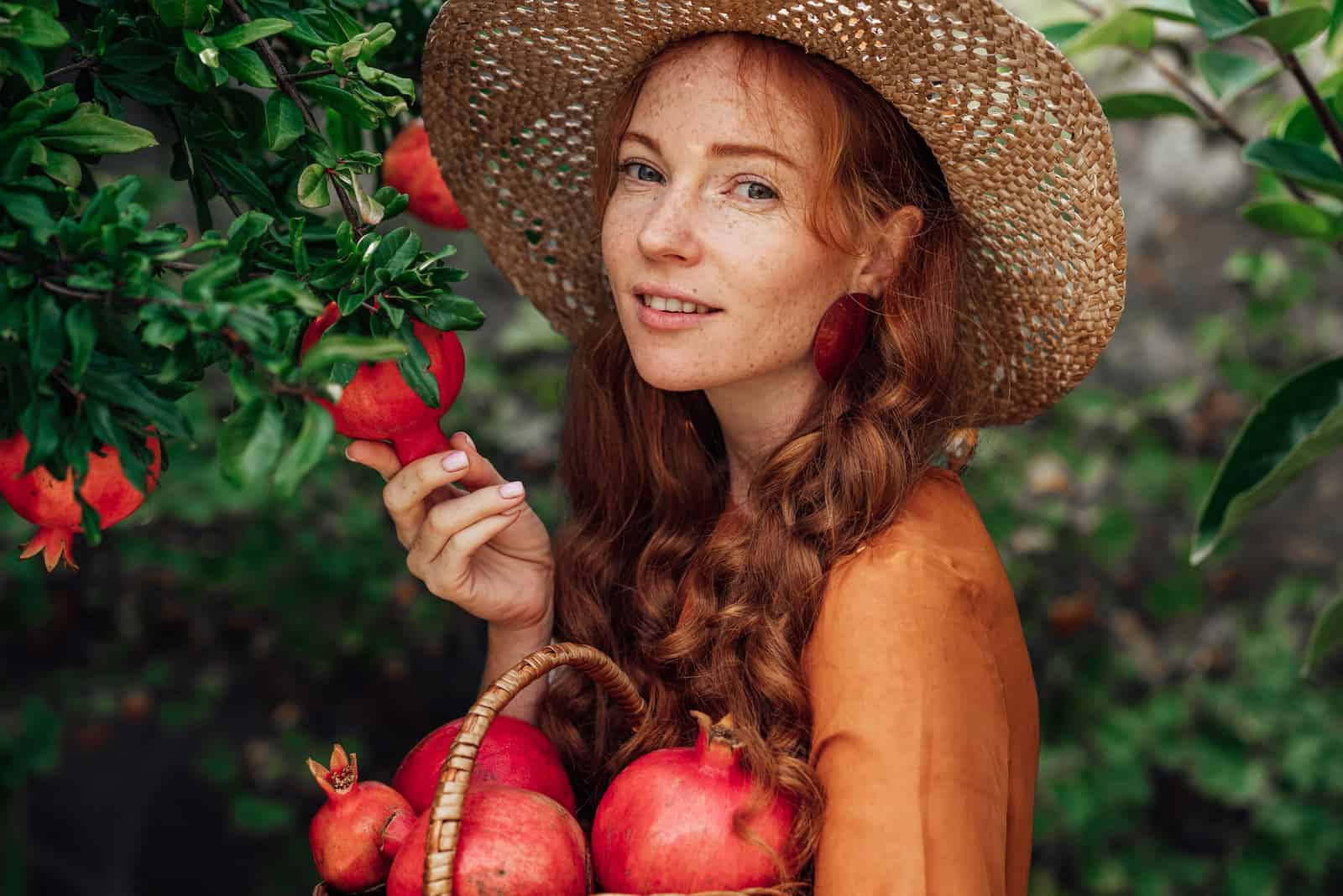 If you compare two people who are both Capricorns, yet some features of their personalities are different, you might be confused.

Even if you ignore the rest of their horoscopes and only compare their birth date – so it’s a case of December Capricorn vs. January Capricorn – you’ll notice that the basic traits of a sign vary when it comes to the birth month.

We can understand this if you recall that we can divide the zodiac in a variety of ways. For example, the signs can be divided by elements, so we have Air, Water, Earth, and Fire signs. Capricorn, along with Virgo and Taurus, is an Earth sign.

There is also something called modality, which tells us about how a star sign relates to the world. There are three modalities: cardinal, fixed, and mutable.

Cardinal signs always start things, and this includes their seasons. Capricorn, as a cardinal sign – it starts the winter – but they also initiate things when it comes to personal matters.

Decans are another way of classifying signs. Each zodiac sign lasts for 30 days, which is how long it takes the sun to cross 30 degrees on the zodiac chart. A decan represents ten degrees of the zodiac chart or ten days of the path of the sun.

Each zodiac sign has its own ruling planet that rules different parts of a person’s life. For Capricorn, it’s Saturn. The interesting part is that each decan of a sign also has its own ruler, which then influences those born during that decan.

The sign’s usual ruling planet always rules the first decan, and the other two are influenced by planets that rule signs from the same element.

Capricorn’s first decan is in the sign of Capricorn and is ruled by Saturn. It makes sense then that a December Capricorn has the typical Capricorn personality.

January Capricorns either belong to the second decan, the Taurus decan, influenced by Venus, or the third decan, the Virgo decan, ruled by Mercury.

What Are The 3 Types Of Capricorn? 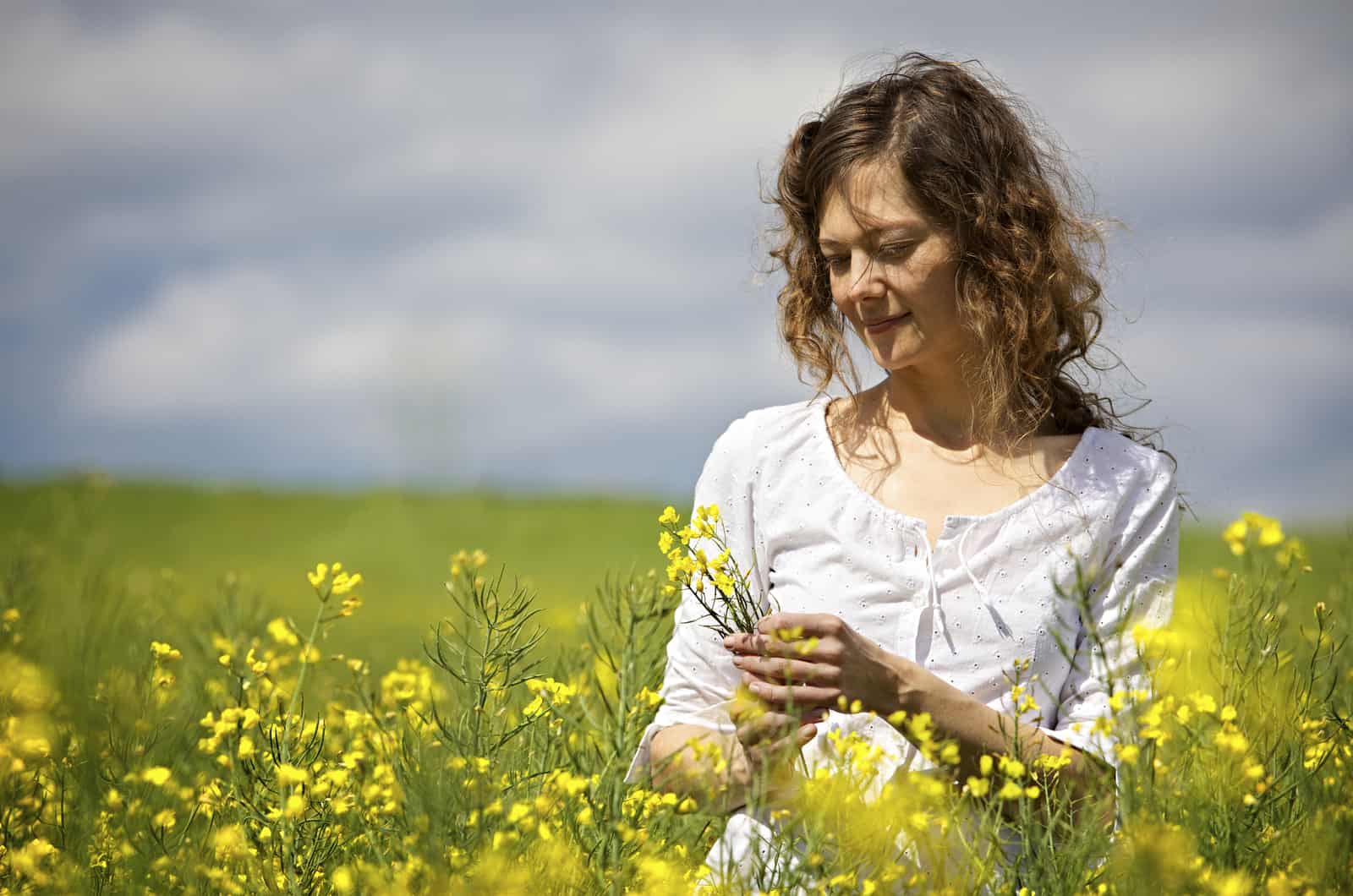 Capricorn is the 10th sign of the zodiac, widely known as the most practical and ambitious of the signs. Famous members of this sign include personalities as different as Stephen Hawking, Dolly Parton, and Michelle Obama.

In Tarot, Capricorn is represented by the Devil, or more accurately, the depiction of the mythical Pan, and symbolizes the need to find balance in life.

They’re self-aware, know what they want, and are always moving forward. Capricorn traits also include stubbornness, self-control, and a unique sense of humor. All Capricorns embody these traits in some amount, but those born in December are much more stereotypical Capricorns than those born in January.

January Capricorns are influenced by other planets as much as their ruling planet, so their Capricorn personality might not be what you would expect. They have some traits that first decan Capricorn doesn’t, but keep in mind that at the end of the day, they’re still Capricorns. 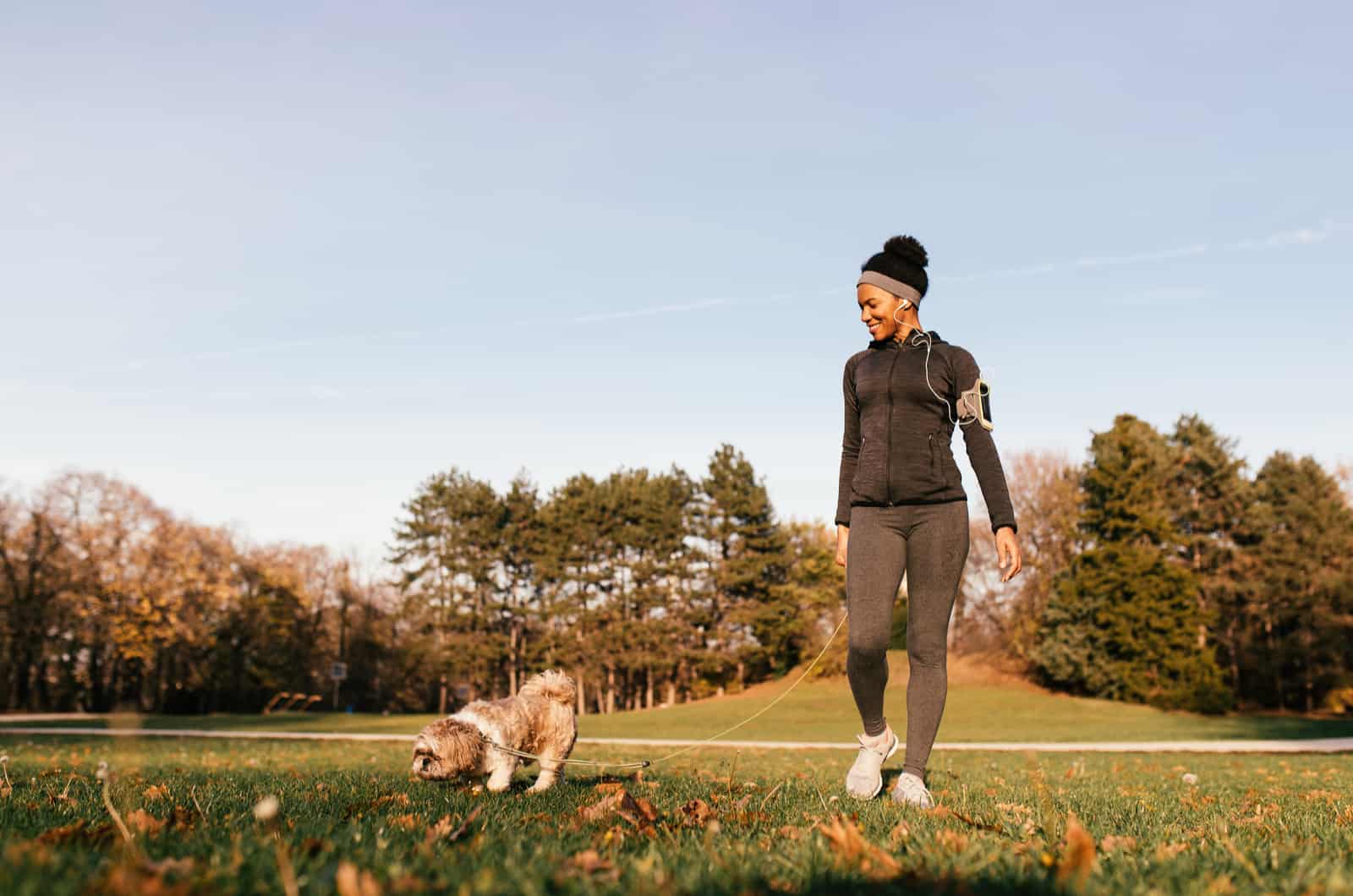 The planetary ruler of Capricorn’s first decan is Saturn. For this reason, December Capricorn is the typical Capricorn, with all the personality traits you’d expect from them.

If you want something done, a first decan Capricorn should be your first choice.

Capricorns are known for their ambition, hard work, and stubborn dedication to accomplishing their goals, but none of this would be achievable without discipline.

When a first decan Capricorn accepts responsibility, he sees it through. Cardinal signs begin things but don’t necessarily finish them – unless they’re December Capricorns.

They’re enormously driven and not afraid to face and overcome any challenge that stands in their way of attaining their goals. Their discipline is their key to success.

They are disciplined enough not to give up, which makes them capable of achieving everything they set their minds to. This extends not only to their work but also to their personal lives.

Still, discipline, ambition, and drive all hinge on one thing: sheer willpower. Without resolve and passion, it is hard to apply yourself, let alone persevere.

This might make them sound calculated and ruthless, and, sure, some of them can be, but what it really means is that first decan Capricorns aren’t afraid to work hard for what they want in life.

Their determination to achieve something guides them and drives them to seek out the most effective methods to achieve their goals.

In the same way they don’t give up on work-related things when they get a little hard, they understand the importance of loyalty and don’t give up on people either. Once a December Capricorn loves you, they’ll always be on your side.

Typical Capricorns seem more self-assured than they are because, in reality, they actually tend to lack self-confidence and faith in their own abilities. They can be withdrawn and shy, and sometimes it’s very difficult for them to place their trust in other people.

First decan Capricorns change when they love: they become expressive and affectionate. Once you gain their trust, however, you can be confident that you’ll have a faithful and devoted partner or friend who’ll never let you down. 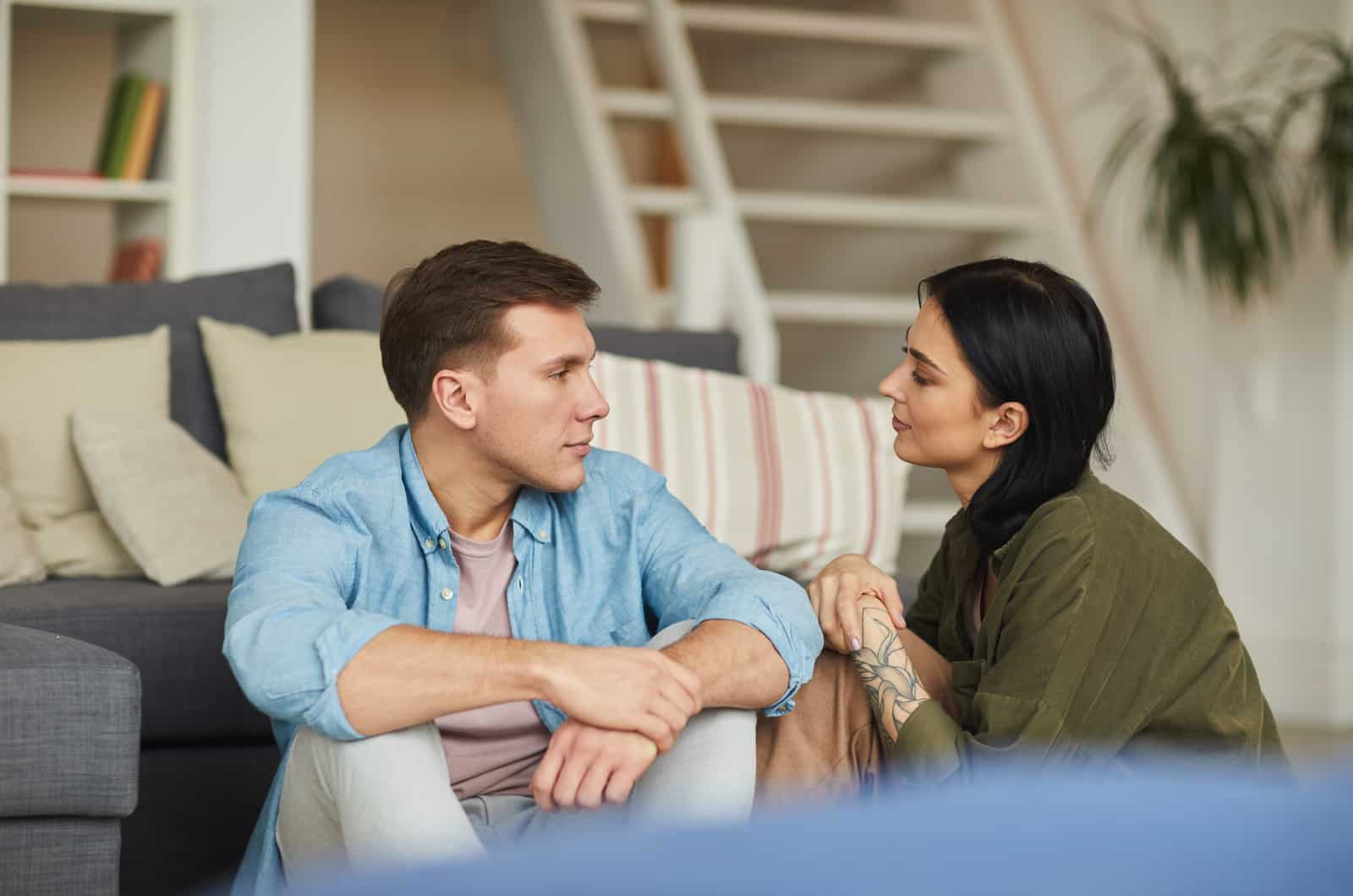 Ruled by Venus, the second decan of the Capricorn sign gives those born during this time some very Taurus-like qualities.

Taurus-like patience characterizes the Capricorn born in the first ten days of January. This translates into a strong work ethic, but unlike their first decan colleagues, accomplishments aren’t what motivates them.

A first decan Capricorn shows their patience through devotion to everything they do, convinced that everything worth doing is worth doing well and to the end.

Perseverance and persistence in sticking to their goals demonstrate their unwavering commitment and capacity to endure setbacks without giving up, and this patience is what makes them successful.

Influenced by Venus, they’re also patient with people and show kindness and understanding. They’re the most optimistic and social among all Capricorns.

They will work consistently toward their goals until they achieve them, demonstrating great discipline in the process.

Capricorns, in general, like luxury and work hard to get it, but the second decan Capricorn prioritizes pleasure over profit. They put in the hard work but also require relaxation.

Taurus Capricorns embrace life and like pleasing their senses. They value beauty and prefer to be surrounded by things that make them happy.

Capricorns are realistic, although their emotions affect them deeply. Saturn can block self-expression, which is why Capricorns often hide their genuine feelings.

Venus makes it a little easier, so second decan Capricorns are capable of finding an outlet for their powerful emotions and passions. Still, they might feel like their inability to hide their feelings is a flaw.

Their nature is gentler and softer than that of the December Capricorn. They regard things for their artistic value and enjoy appreciating art.

What’s more, they have artistic ability, which, when combined with patience and commitment, can lead to success as an artist. 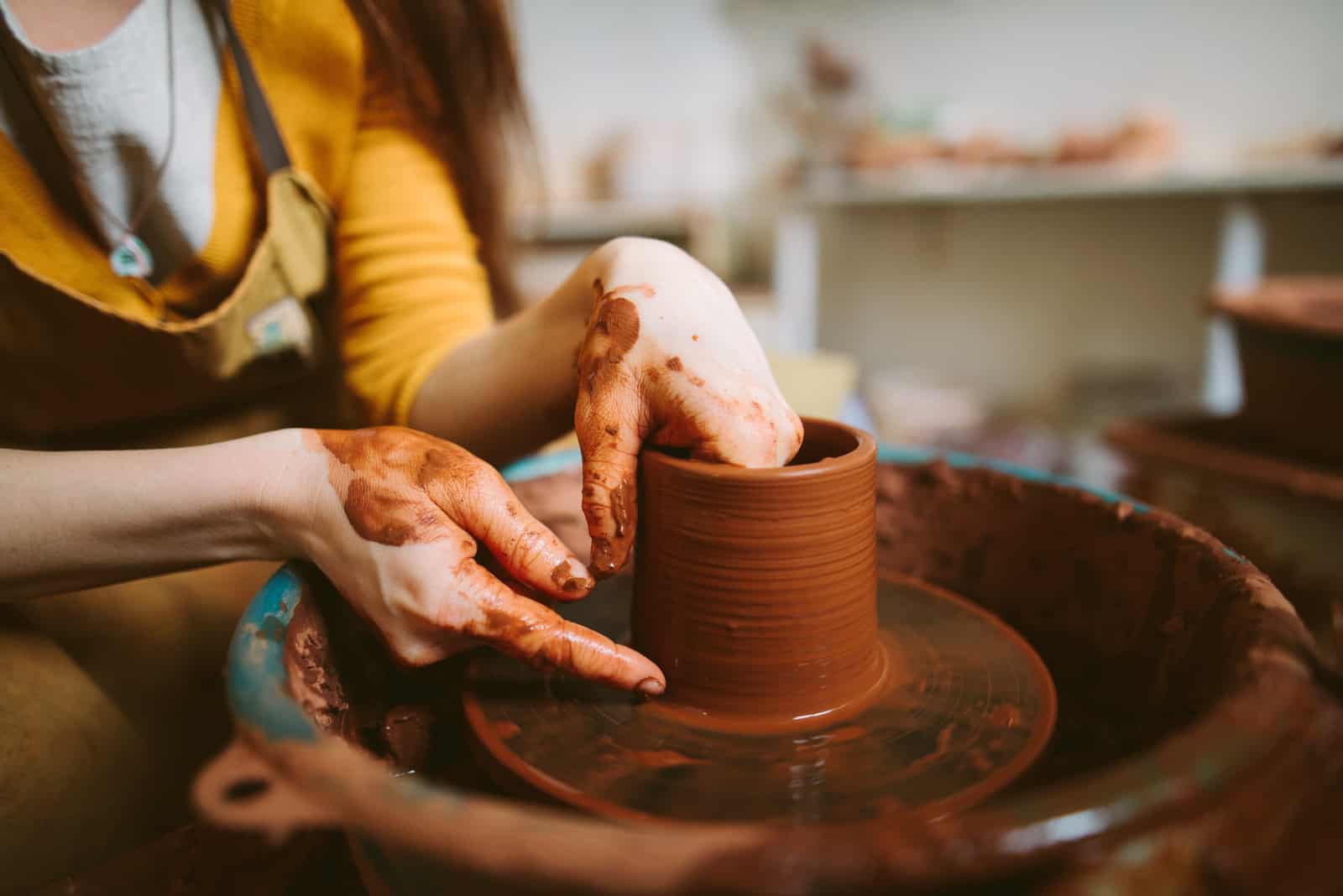 The third decan of Capricorn is ruled by Mercury and shares some traits with Virgo. It also includes Capricorns born on the Cap/Aquarius cusp, although the cusp theory has been disputed in recent times.

As a result, they’re continuously seeking new ways to get things moving. Because they lack the patience to wait, they organize the world around them to work more effectively.

Similar to Virgo, they like things to be organized and orderly, but they might get too deep in this and become obsessed with their work if they’re not mindful.

Saturn rules with a heavy hand and often makes his subjects’ lives more difficult. Mercury breaks that influence a little, so third decan Capricorn has an easier time in their pursuits and doesn’t have to struggle for everything.

They’re intelligent, adaptable, and have a developed learning ability, which means that they can become reasonably good at anything they apply themselves to quickly. They don’t feel as much pressure as, for example, December Capricorns.

Their minds are analytical and scientific, always looking to understand instead of accepting without questioning. Thanks to Mercury, they’re good at communication and skilled at anything where they have to rely on it.

Virgo Capricorn is much more flexible than the others. They’re more adaptable in how they view the world and how they handle it. They’re not fixed in their ways but allow themselves to learn and grow.

They have a strong sense of justice and treat people kindly and with compassion. Unlike the typical ‘serious’ Capricorn, the third decan Capricorns don’t take themselves seriously and like having fun at their own expense.

They’re charismatic and expressive but also indecisive and can easily feel discouraged because they’re not as ruthlessly driven as other Capricorns. On the other hand, third decan Capricorns are more relaxed and considered fun to be around.

What Do All Capricorns Have In Common? 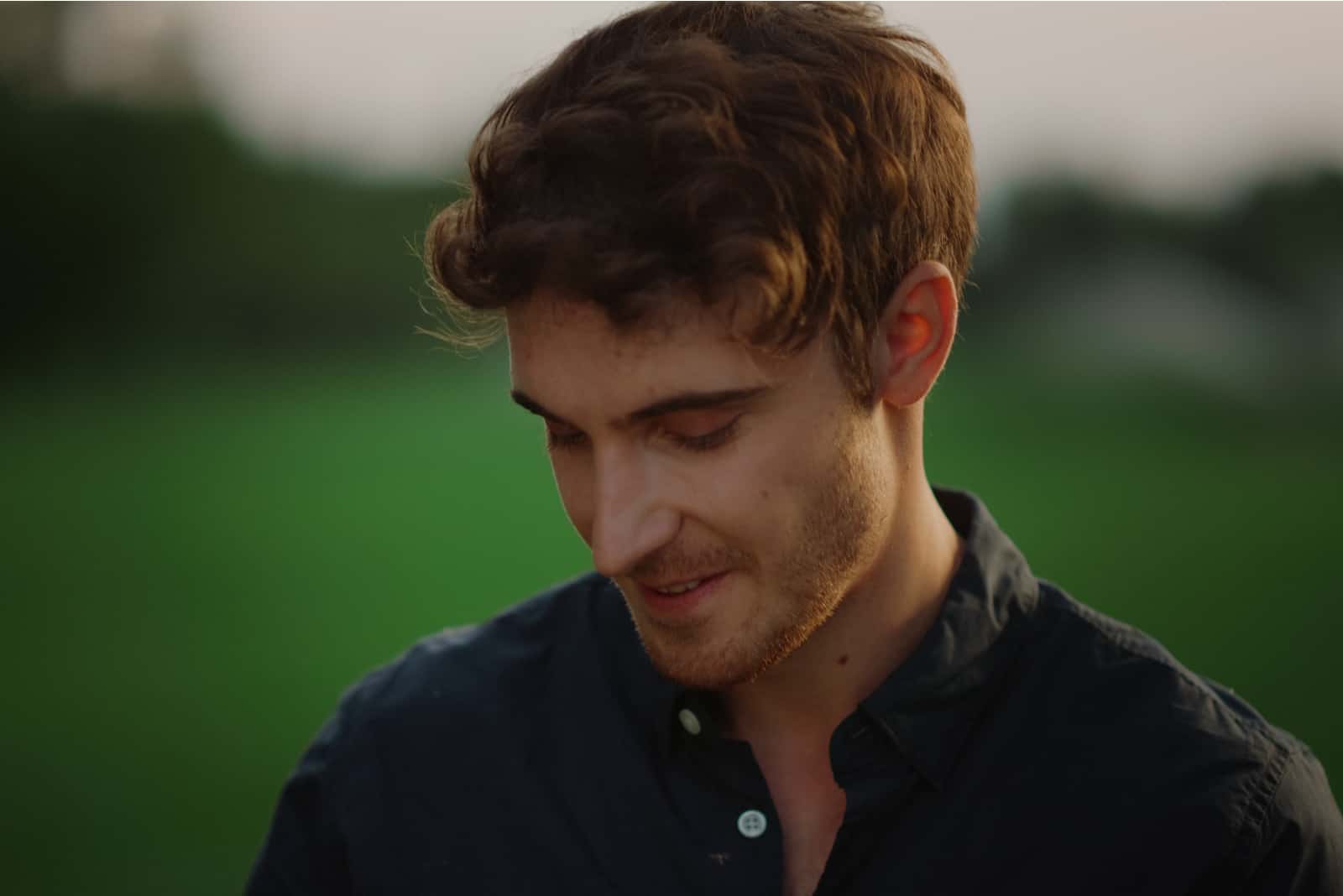 While there’s some variation in how they interact with the world, on a fundamental level, there aren’t many significant differences between Capricorns born in December and those born in January.

Capricorn traits can be found in each of them. However, they will be more apparent in a December Capricorn and more restrained in a January Capricorn. The difference the decans make is easily understood if you picture it as different colors of the same thing.

A Capricorn man born in December embodies the typical Capricorn qualities – he’s assertive, hardworking, and competitive. Those traits are enhanced by other qualities added by Mercury or Venus if he’s born in January.

A Capricorn woman is determined, confident, and loyal. Those characteristics are on a higher level when she is a December Capricorn, and if her decan is Virgo or Taurus, they’re enhanced by their influence. 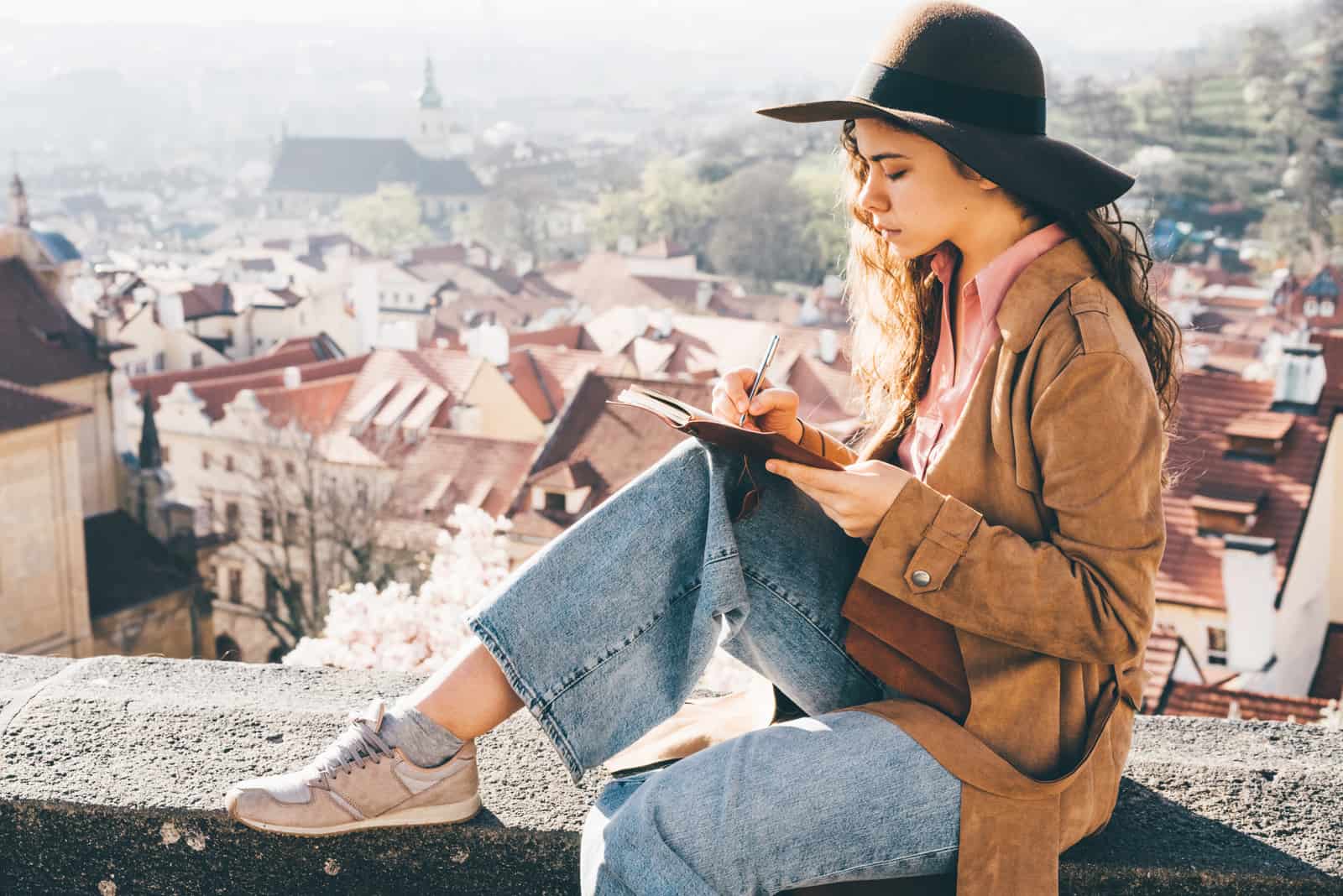 If you’ve always wondered what it is in your astrological chart that makes you not-so-typical Capricorn, it might be your birth month. When you look at it as December Capricorn vs. January Capricorn, it becomes clear that there are some differences.

They might not be as crucial as some other placements, and maybe knowing your decan isn’t as important as knowing some other aspects of your birth chart, but it gives you a more complete picture of your personality.

December Capricorn and January Capricorn are both determined, resourceful, and sarcastic, but there are certain things that they don’t have in common. These differences don’t make any of them better or worse than the other – they only make them unique.

If you want to learn more about the qualities of certain star sign according to their birth month, you can find them below: