Knowing someone’s Sun sign isn’t enough to get a full picture of their personality. Most people with an interest in astrology have at least taken a peek at their ascendant and their Moon sign.

An astrological portrait is complex—it takes an elaborate natal chart to even begin describing a person.

Most signs’ rule begins in one month and ends in another, but is there anything in your horoscope that could support the claim that an April Taurus and a May Taurus are different?

The strong and sensual sign of Taurus is known for being unafraid of hard work while being an expert at enjoying life. Taurus is dependable and loyal, yet they can also be possessive and stubborn.

Are all of these personality traits shared among the Taureans regardless of their birth month?

Let’s find the answer to this question: April Taurus vs May Taurus—what’s the difference?

April Taurus Vs. May Taurus: What Are Decans? 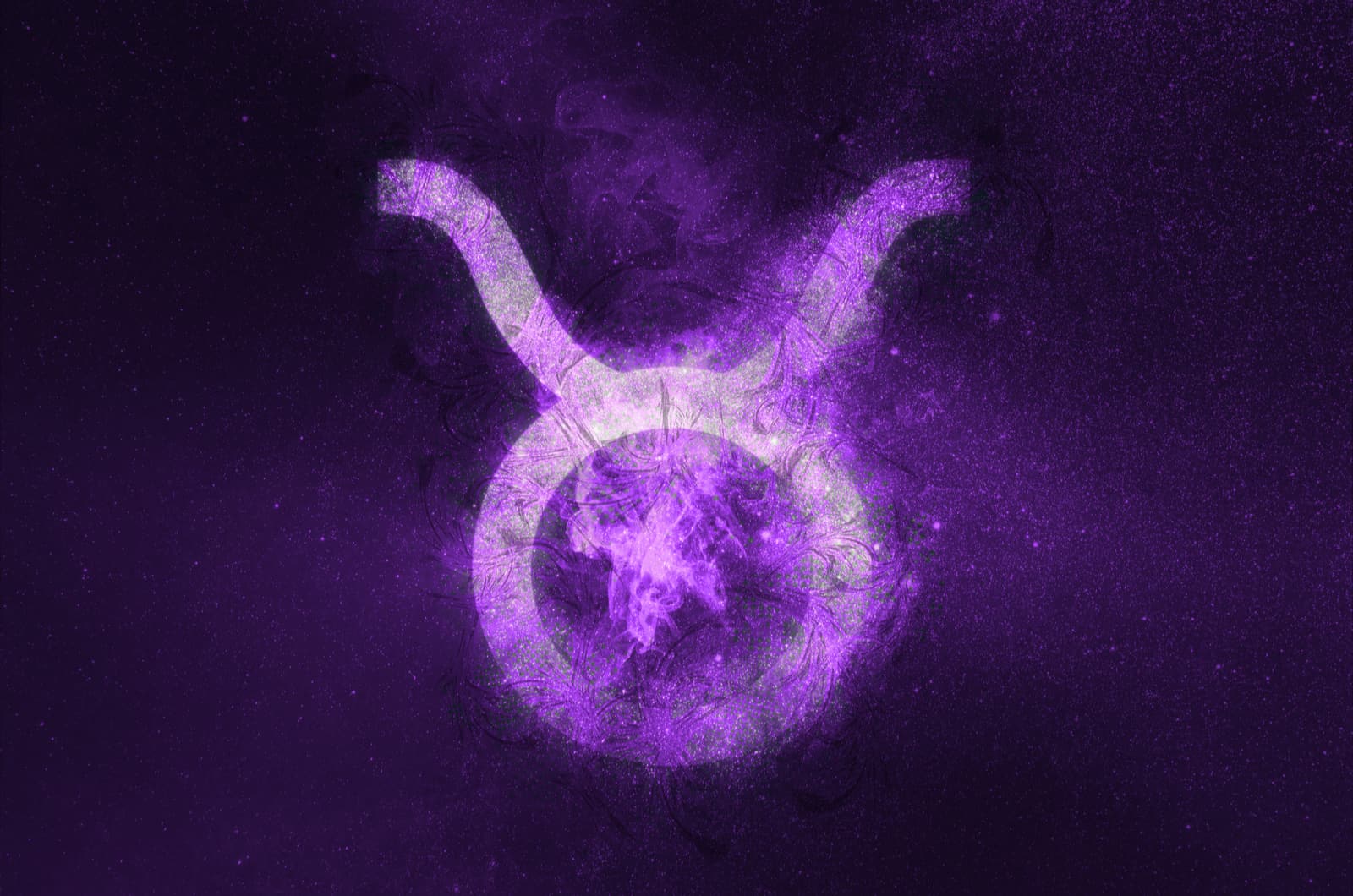 First, let’s see why the birth month influences personalities even for people born under the same astrological sign. To understand this, the key is remembering that the zodiac is divided in many ways.

For instance, Taurus is an earth sign, along with Virgo and Capricorn. This means that they share certain personality traits and inclinations. It’s also a fixed sign like Leo, Scorpio, and Aquarius. Fixed signs embody their seasons, and in the case of Taurus, it’s spring.

A zodiac sign occupies 30 degrees on the natal chart, which the Sun crosses over 30 days. The 30 degrees of a sign are divided into three divisions of 10 degrees called decans, and each of them lasts approximately ten days.

In other words, an April Taurus is the first decan Taurus, while Taurus born in May are either second or third decan Taureans.

Each decan of a sign is affected by different planetary influences. The first decan is always ruled by the usual ruling planet of the sign, and the other two by planets that rule the signs from the same element.

This means that for Taurus, the first decan is in Taurus, and it’s governed by Venus. This is why, between April Taurus vs. May Taurus, the April-born are the more typical Taurus than those born in May.

What Are The 3 Types Of Taurus? 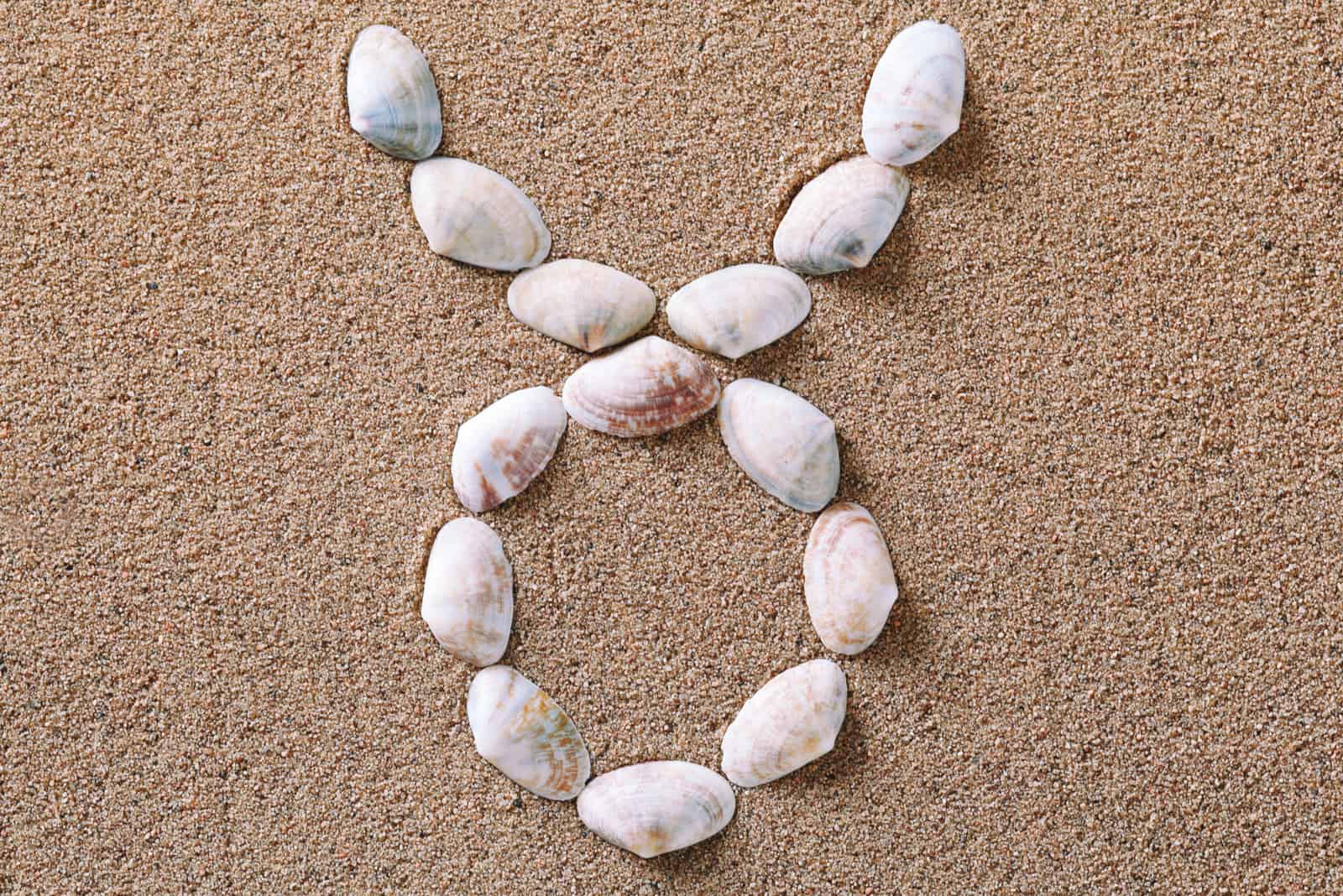 Now that we know that it’s planetary influence that makes a difference among members of the same sign, let’s see what we know about the three types of Taurus.

Taurus sun sign appreciates beauty, comfort, and luxury. They could spend their days enjoying sensual experiences. Nonetheless, they’re practical, ambitious, and spare no effort in the pursuit of their goals. Does this apply to every Taurus?

April Taurus is what you would call a stereotypical Taurus. The Taurus personality you usually read about in horoscopes is shared by all three types, but it’s amplified in those with a birthday in April.

This doesn’t mean that those born in May don’t possess Taurus traits – they do, but they’re a bit tempered by other planetary influences. 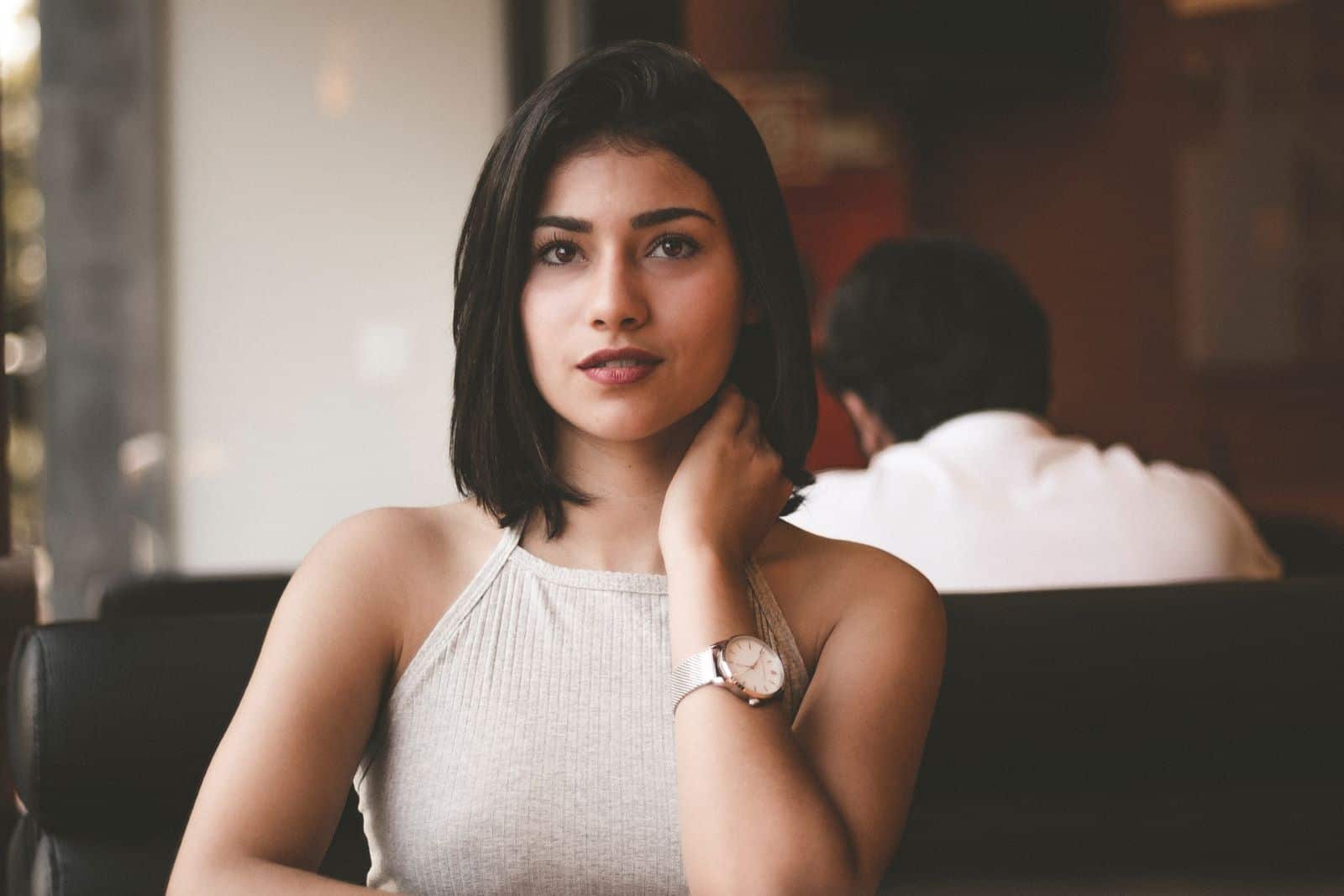 Venus is the planet of love, beauty, and pleasure. This is the planet that gives the April-born Taureans a taste for the finer things in life. Whereas Libra, the other sign ruled by Venus, enjoys artistic and aesthetic beauty, Taurus is more interested in the physical.

Their lives revolve around pleasing their senses. They take full advantage of everything life has to offer, but they only choose the finest and the most indulgent.

They are well-versed in the ways of satisfying their sensual desires, and this is also true about their sexuality. They take their time, explore, and don’t skimp on anything that will bring them and their partner pleasure.

Taurus is truly the connoisseur of the zodiac and won’t settle for second best. They have impeccable taste – they instinctively gravitate towards high quality. They are drawn to beautiful things and love collecting them, but they have to watch out for feelings of greed and possessiveness.

All earth signs are known for their stubbornness, and Taurus is no exception. They’re resistant to change, and once they make up their minds, there’s no budging. They become fixed in their convictions the same way a tree is rooted in the earth.

They have great taste and strong preferences and know exactly what they like, which means there is no room for compromise. They will push for what they want until they get it.

This isn’t necessarily a bad trait to have – it gives them the drive and will to achieve anything.

When Taurus makes a decision, they are willing to go to extremes and do things that hurt them just to prove a point, such as staying in a relationship that doesn’t work out of spite.

Taurus isn’t a sign that likes flings and short-term relationships. Because of their selective taste, they take their time until they find a partner, but when they do, they are committed and devoted to the point of possessiveness.

When a Taurus loves someone, they welcome them into their world of physicality and sensual enjoyment. A Taurus gives their full attention. They show their affection in ways they themselves would enjoy: giving their partner experiences.

A date with a Taurus would consist of a gift of beautiful flowers, followed by a home-cooked dinner, intense sex, and gentle cuddling afterward. They enjoy spoiling their partner, and they like to take things easy. Taurus craves harmony. 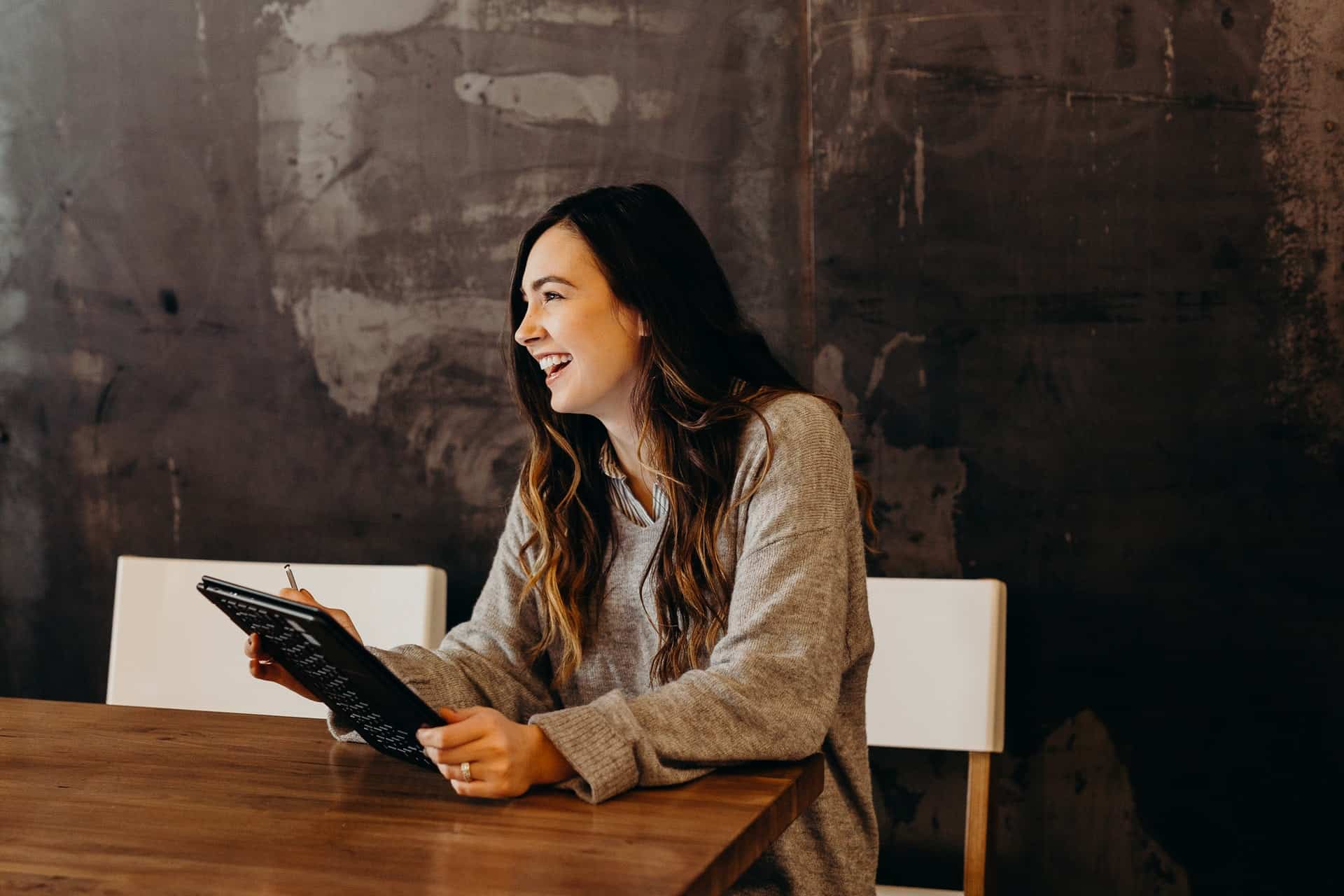 If you need something done, find a second decan Taurus. With Virgo’s meticulous attention to detail and superb organizational abilities combined with the hardworking nature of Taurus, this sign is capable of achieving almost anything.

They have a high level of intuition and can instinctively assess a situation. Virgo Taurus can seem introverted whether or not that’s the case.

They keep quiet if they don’t have anything of substance to say and dislike being the center of attention. Similarly, they also find people who seek attention off-putting.

Mercury, the ruler of Virgo and Gemini, gives the second decan Taurus a sharp and quick mind. Taurus usually prefers to mull things over and take their time before coming to a decision, but in this case, they do it quickly.

They’re able to do this because their minds are constantly working, and they’re capable of mental multitasking. Because their thoughts are so active, they might seem as if they’re in their own world.

They have a unique perspective and an unusual way of thinking, which helps them come up with inventive solutions to any problem. Their thinking is versatile, allowing them to tackle things with a logical and precise approach or rely on their intuition and let it guide them.

They are eloquent, clever, and have a way of charming those around them with their words when they talk.

There’s a certain grace in Virgo Taurus not usually present. Taurus can appear very solid and stable, but there is lightness in someone who has this placement.

The second decan Taurus has an effortless charm that isn’t immediately apparent because they’re often quiet.

When they’re at ease, they become vibrant and captivating, revealing their passionate Taurus nature that was hidden behind their precise intelligence.

They listen more than they speak, so unless they make an effort or the Virgo Taurus decides to let them see their full appeal, people may not get to know them well. They’re loyal and want loyalty in return. A second decan Taurus cares for their loved ones with all their heart. 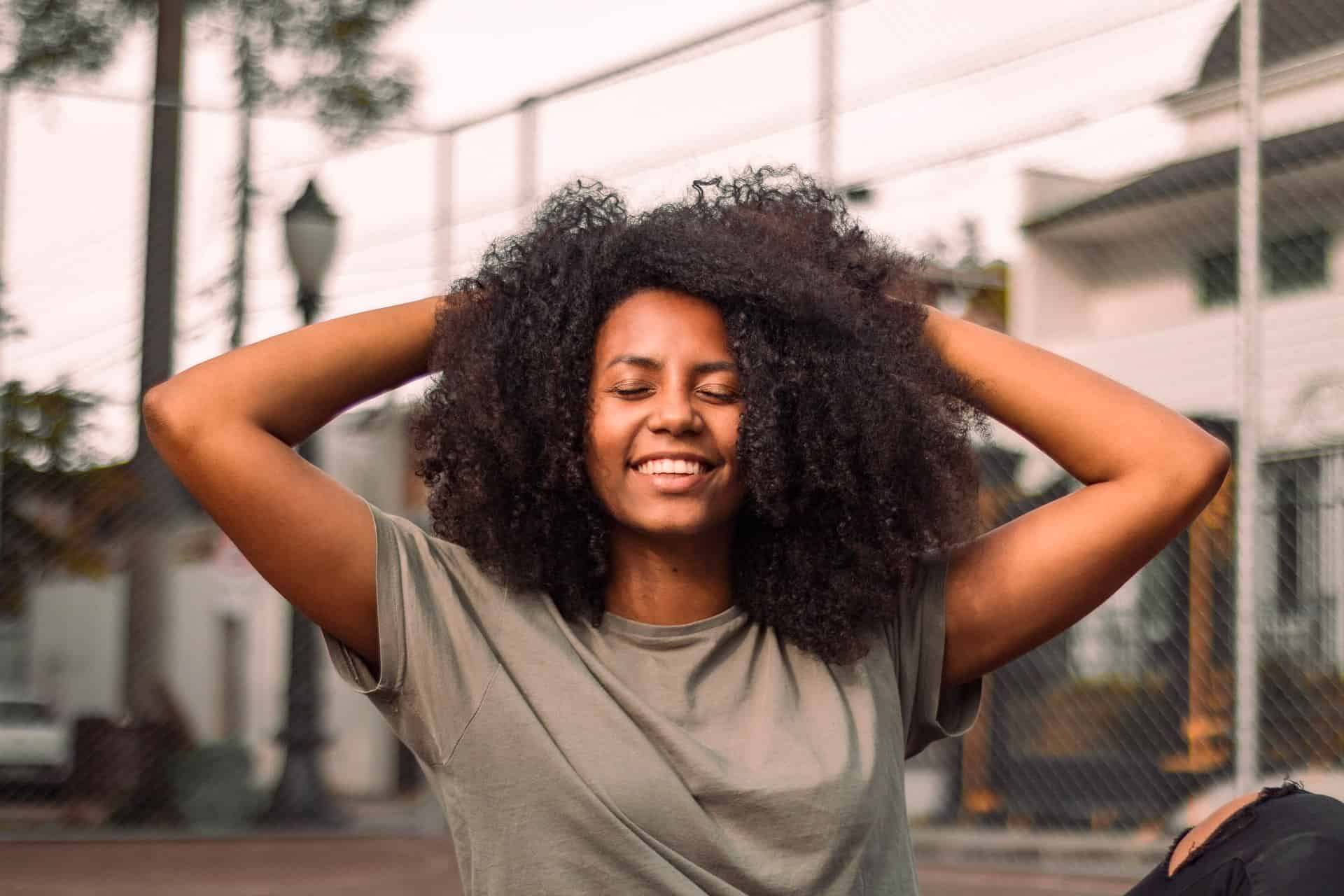 The third decan is the Capricorn decan, ruled by Saturn. The Saturn decan gives the Taurus a high level of discipline and a quirky sense of humor.

It’s possible to say that Saturn Taurus is too stable. This is someone who knows exactly what they want, how to get it, and how to keep it.

Before you get to know them on a personal level, they might seem stern, cold, and boring. They’re extremely dedicated to their tasks and don’t pay attention to anything that takes away their focus while they’re at work.

They have a great deal of patience for people, situations, and things. They can afford to because they have an unwavering sense of conviction and never doubt that they’re going to succeed in their pursuits.

They excel at work, hobbies, or emotional relationships easily because they put all their effort into it and have confidence that it will pay off.

The second decan Taurus wants things. Wants to own things, accomplish things, get things. And when they want something, they go after it and work for it until it’s theirs.

This sign is unstoppable when they’re pursuing something. Their determination helps them discover the right methods and understand the needed steps to take.

With a great amount of discipline, they will steadily work towards their desires until they make them happen.

Capricorn Taurus is capable of building things where there was nothing. Whatever piques their interest, they have the ability to make it a reality.

From art to business to relationships, the second decan Taurus has ambitions so refined that it’s impossible to fail.

Although someone described as stable and ambitious might sound uninteresting, there’s nothing mundane about Capricorn Taurus. They have a vast amount of imagination, which is what it takes to come up with the ideas necessary for their ambitious undertakings.

They’re hungry for knowledge, and it doesn’t matter what kind of knowledge it is. Despite their laser-like focus on their goals, they continue to broaden their horizons in case some of it comes in handy.

They’re sensitive and feel deeply, and their emotions are a big part of what drives them. Second decan Taurus is spontaneous, but thanks to their unfailing instincts, even their spur-of-the-moment decisions bear fruit.

They have a very Capricorn-like sense of humor – dry, sophisticated, and quirky – and for some people, it might take a while to figure out that they’re being funny.

What Do April And May Taurus Have In Common? 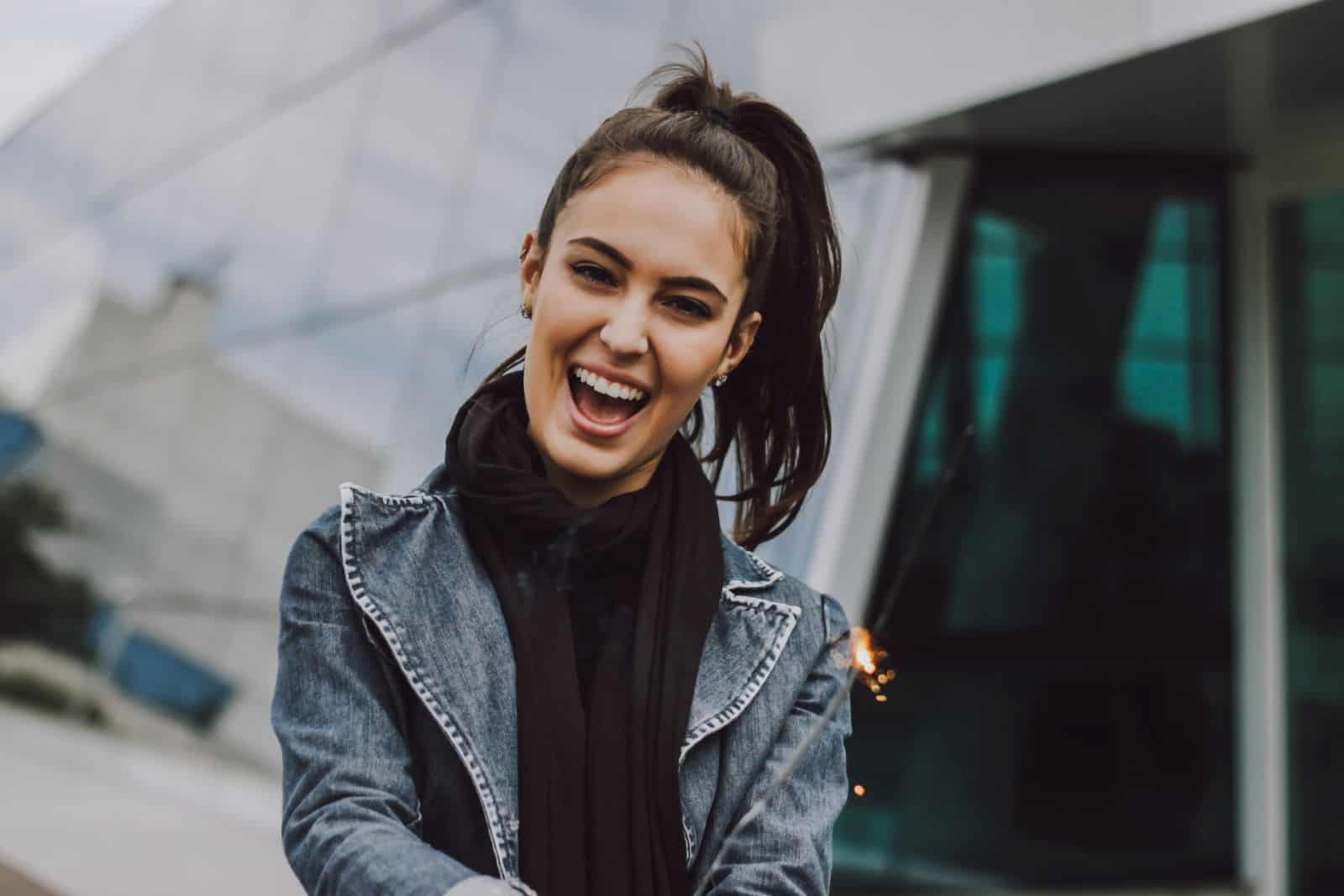 As you can see, while there are variations in how they approach things, there aren’t many profound differences between those Taureans born in April and those born in May.

You can find Taurus traits in each of them; only they will be pronounced in an April Taurus and somewhat restrained in a Taurus born in May, only with different flavors.

A Taurus man born in April embodies the typical Taurus qualities – loyalty, generosity, and competitiveness – and those traits are enhanced by Mercury or Saturn if he’s born in May.

A Taurus woman is ambitious, sensual, and gentle. When she’s a May Taurus, those traits are emphasized, and if her decan is Virgo or Capricorn, their influence complements them.

Taurus’ compatibility with other signs remains the same. For example, they’re still incompatible with Aries and Sagittarius, okay when it comes to Pisces and Gemini, and sparks fly when they interact with Scorpio and Cancer.

In the battle of April Taurus vs. May Taurus, April Taurus definitely wins as the most typical Taurus, but the two other decans can’t be discounted either.

Both Mercury and Saturn decan Taureans are as unwaveringly loyal and patient as their Venus counterparts. They only operate a little differently.

What knowing your decan really does, though, is complete your astrological story. It’s just another layer of interpretation and explanation on your way to knowing yourself.

Here is also a list of other zodiac signs and their unique differences according to their birth month, so check it out;