June Cancer vs. July Cancer, are they really that different?

It’s common knowledge that there’s more to your horoscope than your sun sign. For instance, your birth chart describes your astrological profile and provides a deeper understanding of who you are.

Knowing things like your ascendant, the placement of Venus or Mercury, and the relationships between the planets can reveal certain aspects of your personality.

Each star sign rules the zodiac for about ten days of one month, followed by twenty days of the next one. In the big picture, does it really matter which of those two months you were born in?

Being one of the most emotional signs of the zodiac, Cancer traits include warmth, kindness, and compassion. They care deeply for their loved ones, and they’re intuitive to the point of having psychic abilities.

We’ll see if this applies to all Cancers or if it varies depending on when they were born.

June Cancer Vs. July Cancer: What Are Decans? 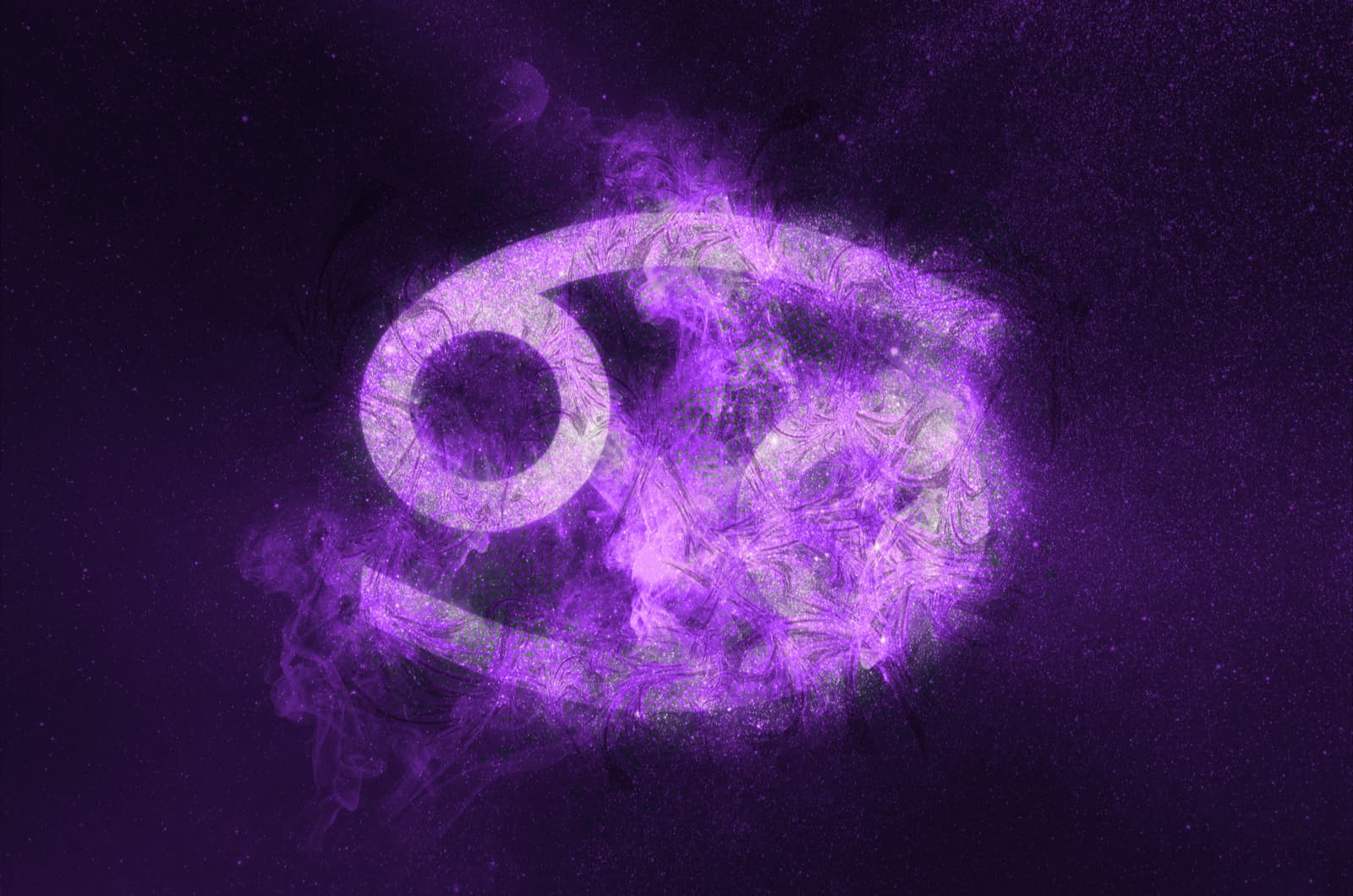 June Cancer vs. July Cancer, which one do you think is more of a Cancer?

The birth month has an impact on people’s personalities. Even if you don’t take into account the rest of their natal charts, two people can still be very different even if they were born under the same astrological sign but not in the same month.

To explain this, let’s start with recalling that the signs of the zodiac can be classified in multiple ways. For example, we say that Cancer is a cardinal water sign.

Each sign belongs to one of the four elements. Cancer, together with Scorpio and Pisces, is a water sign. Water signs share an emotional and compassionate nature.

Another way to classify signs is by decans. A decan signifies ten degrees on the zodiac chart or ten days.

Each zodiac sign occupies 30 degrees on the zodiac chart. It takes the sun 30 days to cross it. The 30 degrees of a sign are divided into three parts of 10 degrees each, called decans. Each decan lasts approximately ten days of the sun’s journey across the heavens.

This means that a June Cancer is the first decan Cancer, and a Cancer born in July is either a second or third decan Cancer.

For each decan of a sign, a different planetary influence is dominant. The sign’s actual ruling planet always rules the first decan, while planets that govern signs from the same element rule the other two.

In other words, for the sign of Cancer, the first decan is in Cancer, and it’s governed by the moon. For this reason, a Cancer born in June, or the first decan, is much more of a typical Cancer sun than someone born in July.

What Are The 3 Types Of Cancer? 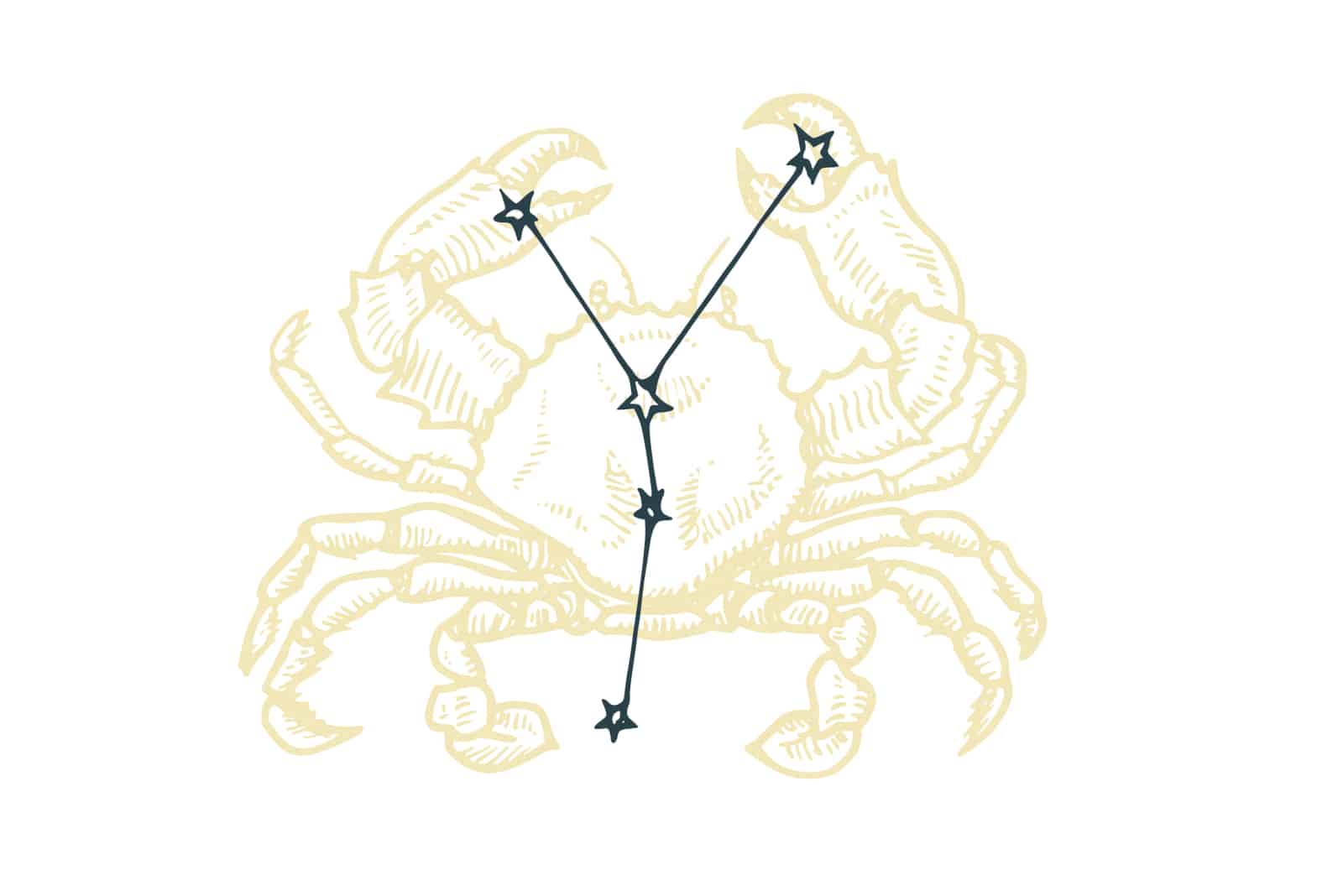 Cancers are guided by their hearts and have the ability to understand and express their feelings. They’re sensitive and fragile and tend to take things to the extreme, especially when it comes to emotions. They are caretakers who would go to any length for their family members.

June Cancer is a typical example of the Cancer zodiac sign. While each of the three decans shares Cancer personality traits, they’re exaggerated in Cancers born in June.

July Cancers are influenced by other planets much more than Cancerians born in June. They have some traits that aren’t present in the first decan, but they’re still Cancers.

Tip: when you want to know what your day is going to be like, you should still read the Cancer horoscope. 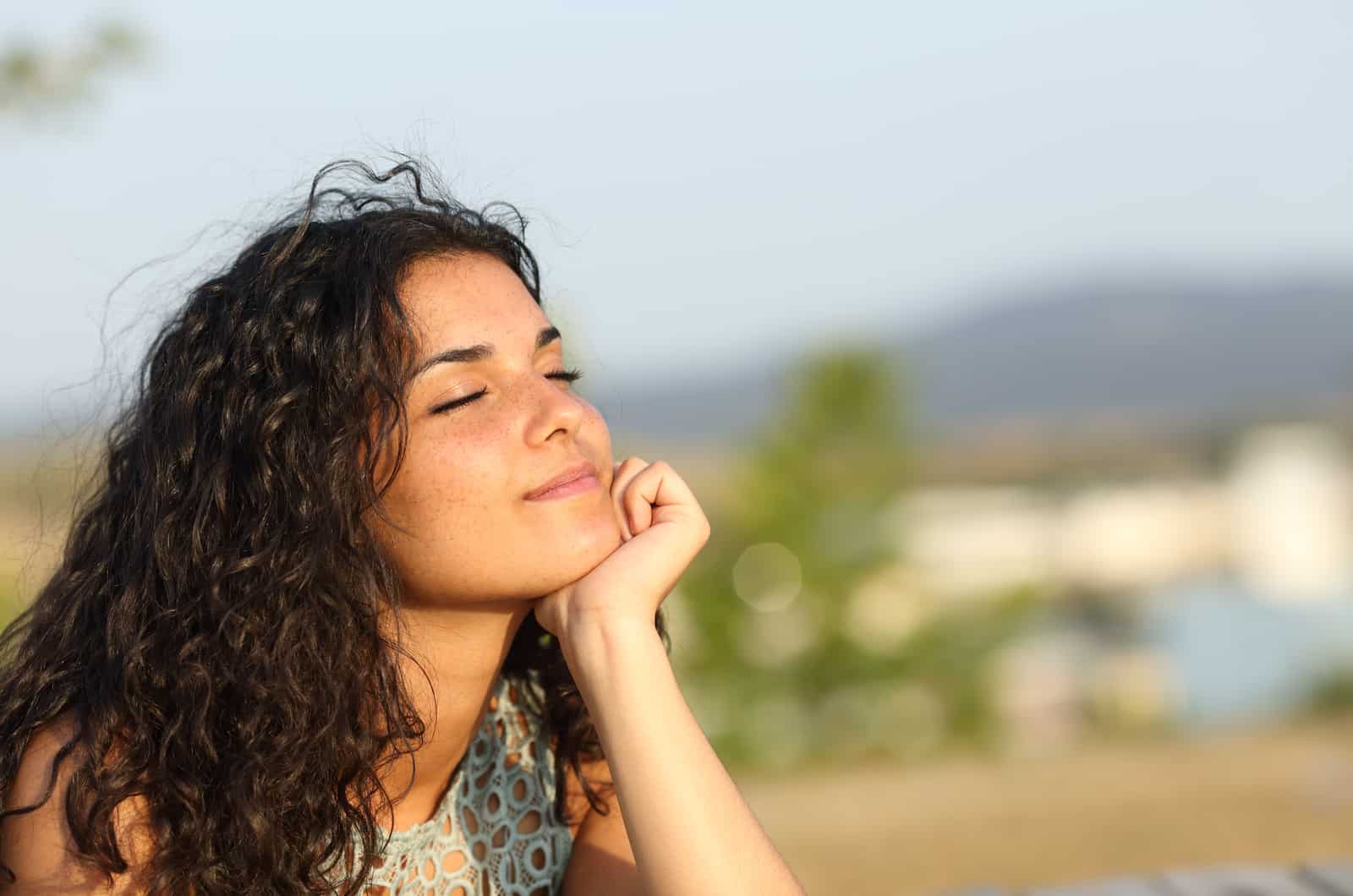 In astrology, your moon sign controls your emotions. It’s to be expected, then, for Cancer to be the sign with the deepest and most authentic feelings. June Cancer, however, is even more emotional than what you would expect.

They have a hard time being impartial when it comes to emotional matters. The intensity and variety of their feelings are why first decan Cancer is always looking for emotional stability and security.

They’re sentimental, dislike fighting, and avoid emotional turmoil. They can be very jealous.

They want a sense of safety and love, as well as intimate family ties. They need to feel loved, so they’re happiest when around close friends and family. Their heart guides everything they do.

First decan Cancer will be your best friend. Their emotional depth makes them receptive to other people’s feelings and highly emotionally aware. Cancer’s sensitivity extends to other people, and they have a way of sensing what others are feeling.

They’re highly compassionate, generous, and empathetic, and they enjoy helping others. You can always depend on Moon Cancer to have your back, but they need to feel that the loyalty they offer is reciprocated.

Because of their empathy and overly sensitive nature, their emotions and their mood are easily affected by other people. For this reason, they can sometimes feel upset by insignificant things. They express their hurt feelings with intensity.

June Cancer and their awareness of their own feelings and the feelings of others give them both deep interest and insight into human nature.

Their rich imagination can make them retreat into their own inner world when they need an escape from reality. They yearn for excitement while at the same time crave security.

If they can find a way to use their fancy in a productive way, they can employ their high level of creativity and be successful in various fields. They make exceptional teachers.

People often come to them looking for advice, hoping to learn something from June Cancer’s distinctive perspective on life. 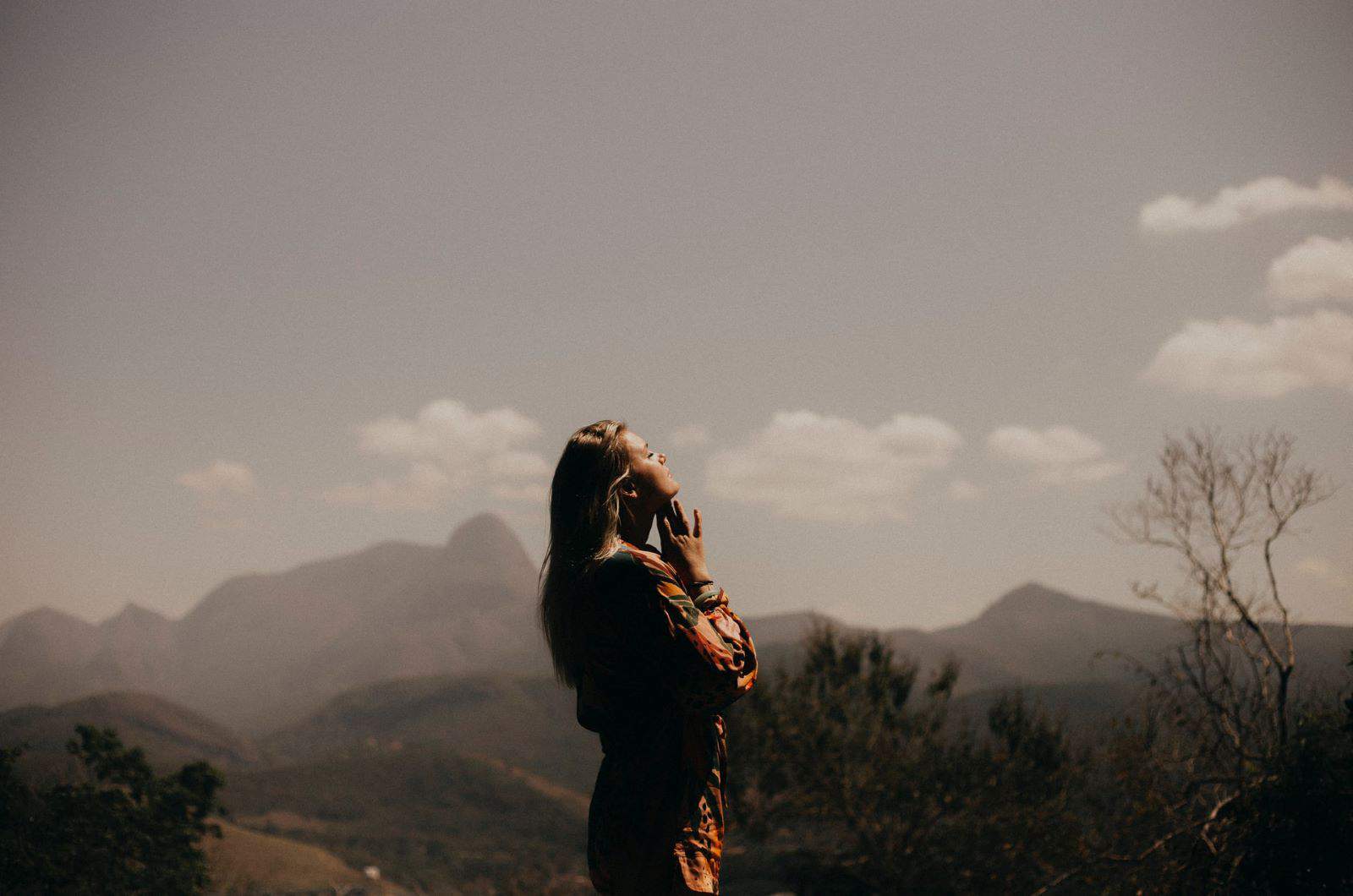 The second decan is the Scorpio decan, ruled by Pluto. Scorpio decan gives Cancer a mysterious vibe and a sixth sense.

Second decan Cancer is as emotional as any other Cancer variety, but unlike, for instance, June Cancer, they don’t allow their emotions to control them. They make full use of the Crab’s hard shell to hide the soft parts inside them.

They have analytical minds capable of taming deep Cancer feelings, and sometimes, they might appear emotionless on the surface.

They’re both generous and possessive, and their emotional needs can only be met by strong bonds with their loved ones. In relationships, they’re thoughtful and caring, always looking for ways to keep their partner’s needs met. They love to travel and socialize.

Scorpio Cancer highly values their privacy. This is someone who doesn’t like to reveal themselves completely to anyone, no matter how much they mean to them.

They’re secretive and difficult to get to know, yet people often feel compelled to tell Scorpio Cancer their own secrets.

The moon gives second decan Cancer a great deal of sensitivity, and the Scorpio influence gives them a sense of mystery. They’re attracted to things that might seem odd or unusual. They’re fascinated by the mystical, things they can’t see, and trust their intuition.

They let their instincts guide them because they rarely let them down. Their sixth sense makes it easier to navigate life, and it could be said they border on having psychic abilities.

Second decan Cancers show the strong side of their sign. They’re driven and decisive, relying on their intuition to provide them with guidance. When they want something, they can easily find the willpower and persistence necessary to see it through.

Scorpio Cancer is a natural planner and makes sure that every step taken leads toward maximum effectiveness. Their dedication is unmatched, be it to their loved ones, their social group, or their work.

They’re not as lenient and inclined to forgive as other Cancers, and they don’t have the patience for things they find annoying. They have a wild side they only feel comfortable expressing around people they are close to. 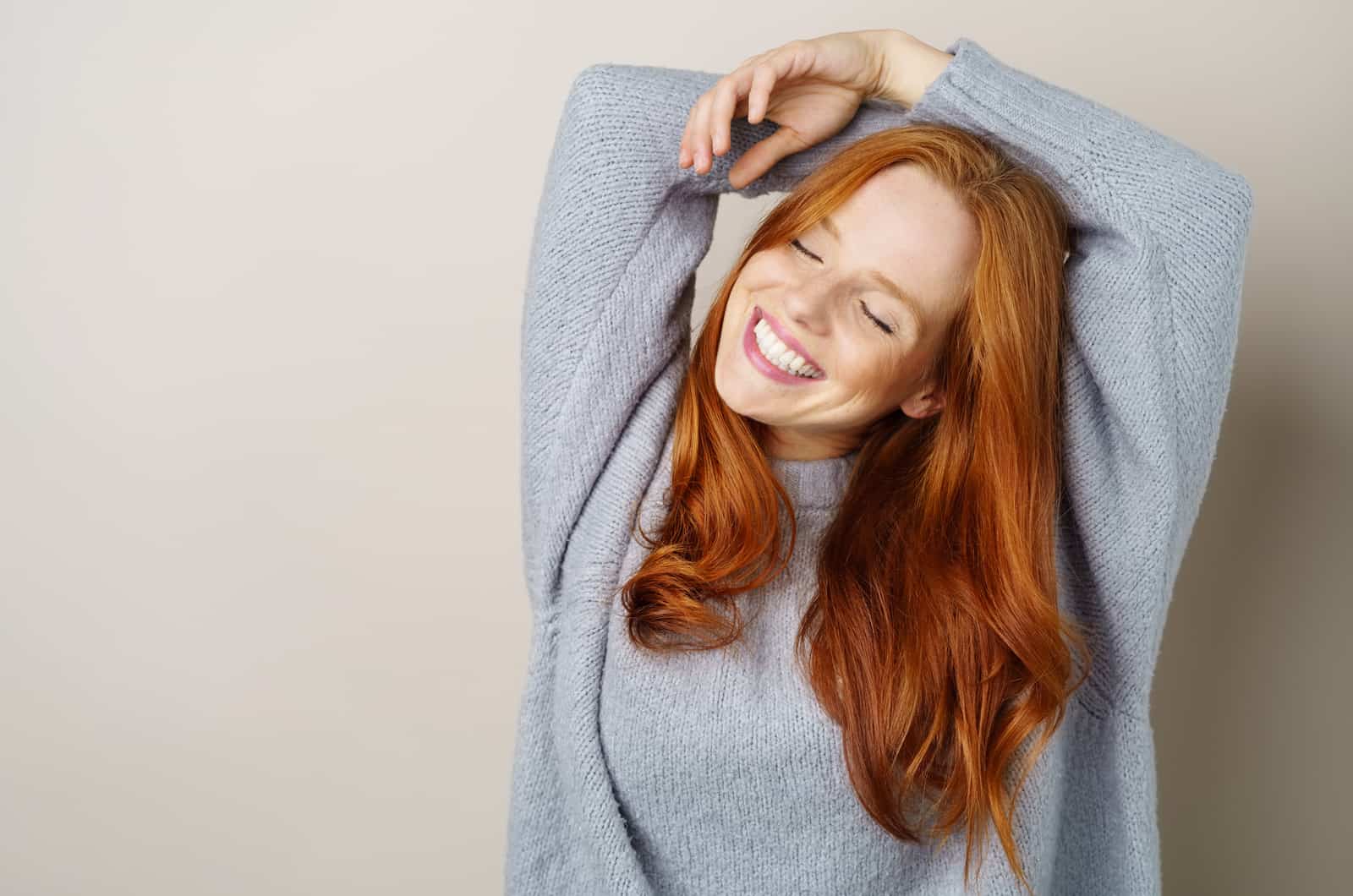 The third decan is the Pisces decan, and the planet it’s influenced by is Neptune. Pisces decan makes Cancer love change and gives them exceptionally good taste.

For third decan Cancer, creativity and the desire to express themselves are strong. Their Cancerian emotions and ability to understand others, combined with their rich imagination and good taste, make them great designers, artists, or make up artists.

They yearn for ways to put their skills to good use. Instead of being in the spotlight, they prefer to work in the background. Pisces Cancer enjoys making decisions and participating in activities and loves to be included in everything.

A romantic at heart, they’re always open to falling in love, but they prefer to stay single as opposed to entering a relationship they don’t like. When they do find love, they give their whole hearts to the other person.

Pisces Cancer is, above all, adaptable. Their ability to adapt to any situation and fit in with different kinds of people is their biggest strength. This trait, along with their intelligence, gives them great leadership skills.

Change isn’t only something they’re capable of; it’s something they can’t be without. Third decan Cancer can’t stand doing the same things all the time and always hopes for something unexpected to happen.

They change their fashion style often, and they might show up with a brand new hobby a month after starting a previous one. Cancer is one of the most unpredictable signs of the zodiac, and you can’t prepare for them no matter how well you know them.

Pisces Cancer isn’t pretending to be something they’re not but simply express themselves in the only way that works. In fact, they’re some of the most honest and straightforward people you’ll ever meet.

Empathy and acceptance are key traits of third decan Cancer. People are drawn to them, and their charisma comes from their goodwill and care.

Embracing other people’s feelings is how they make everyone feel comfortable and welcome. With their bright nature, Pisces Cancer can light up a room and make anyone they interact with’s day.

They’re sensitive to others and deeply compassionate. They’re eager to put forth their best effort to help people in need and selflessly share what they have with others.

When born on the Leo cusp, they make it a priority to live life with passion and fearlessness. Cancer’s feelings and Leo’s boldness make them want to stand out and be seen.

What Do June Cancer And July Cancer Have In Common? 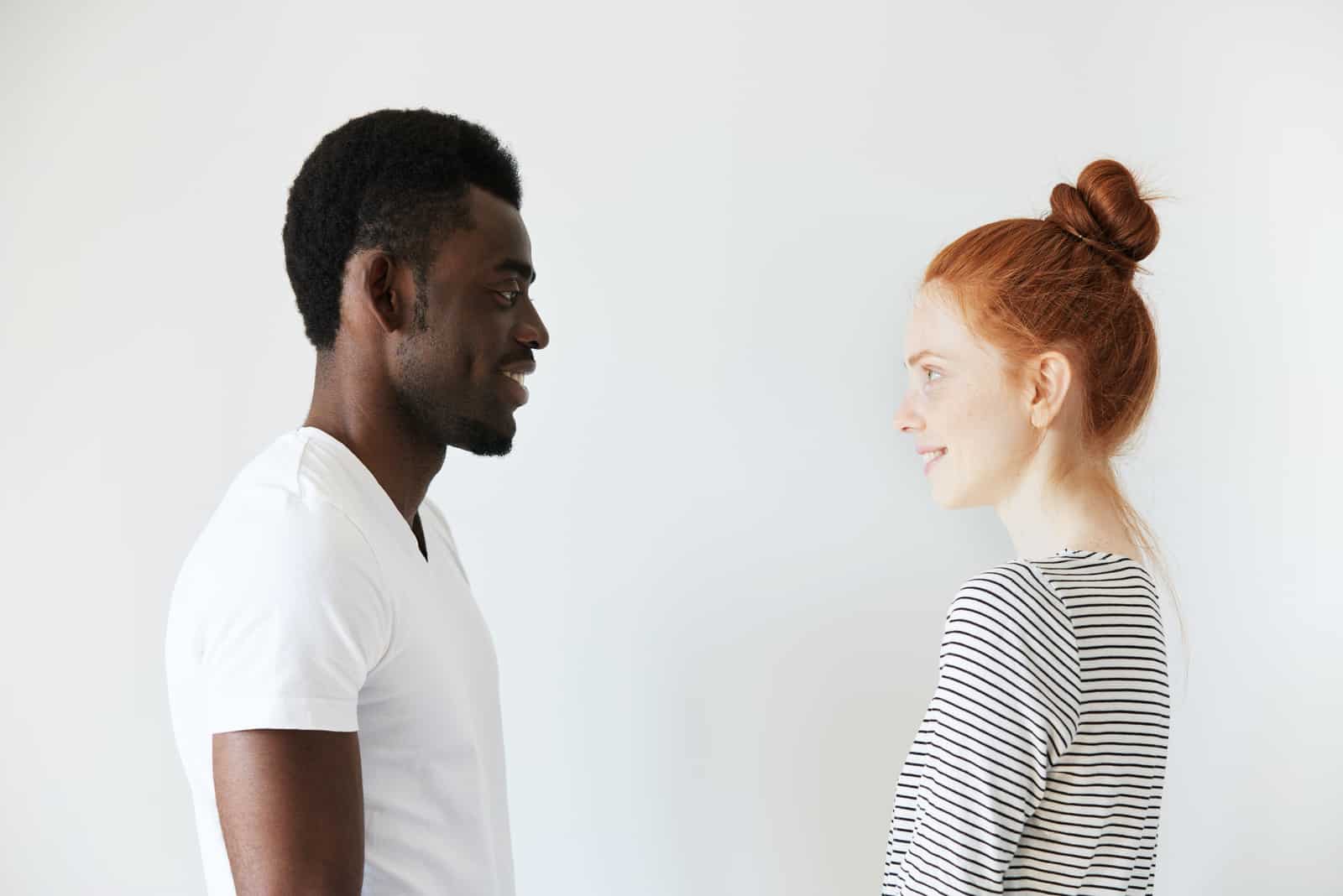 While there are certainly differences between different Cancer decans, they’re all still Cancerians at the end of the day. June Cancer and July Cancers have their quirks and tendencies, but they still belong to the same sign.

You could say that decans are just simply different flavors of the same sign.

A Cancer man is romantic and gentle regardless of whether he was born in June or July. He treats every woman like a lady and puts his family first.

A Cancer woman is the embodiment of feminine energy, whether she’s a June Cancer or July Cancer. She’s nurturing, intuitive, and brimming with empathy.

When it comes to Cancer compatibility, it’s the same for all decans. It’s high with other water signs, Scorpio and Pisces. Earth signs Capricorn, Taurus, and Virgo also form interesting combinations with Cancer.

They have the lowest compatibility with Aries, Gemini, Libra, Aquarius, and Sagittarius, but sometimes relationships develop where they seem most unlikely.

Battle Of The Crabs

Being familiar with your decan can complement what you already know about your astrological profile and explain some nuances you might have been wondering about.

June Cancer vs. July Cancer, what’s the difference? June Cancer is definitely the most Cancerian out of the three decans. They embody the fundamental Cancer traits – this is the stereotypical Cancer, but amplified.

July Cancers still represent their sign, but their traits are modified by other planetary influences. Scorpio Cancer and Pisces Cancer are sensitive, dependable, and creative, but they express those characteristics in their own ways.

To see other star signs and their unique differences depending on their birth month, just click here below:

[…] is a zodiac sign, regardless of whether a June or July Cancer, that symbolizes vulnerability, destruction, and death. However, Cancer also has a positive side: […]