It does happen: you meet someone, and from the very first moment on, you think it’s the real deal. And the best part is that they feel the same way.

So instead of taking things slow, your romantic relationship moves at an incredible speed.

They say they love you right away, they’re showering you with gifts and compliments, and before you know it, your romance has become very very serious.

Yes, things like this do happen. But I hate to break it to you: they’re extremely rare.

So, if you’ve found yourself in a similar situation, it’s actually more likely that you’re experiencing something called love bombing. No, it’s not a good thing – on the contrary, it’s quite toxic.

I know because I’ve been there. I thought that I’d finally found my soulmate, but after a while, all of my dreams burst like a bubble.

Nevertheless, as painful as this experience was, I’m glad I had it. Now, I can help all of you who are sadly going through the same thing without even being aware of it.

If you read on, you’ll find out everything you need to know about love bombing: the meaning of love bombing, why it happens, how to notice the red flags, and most importantly – how to save yourself from this unhealthy relationship.

What Is Love Bombing? 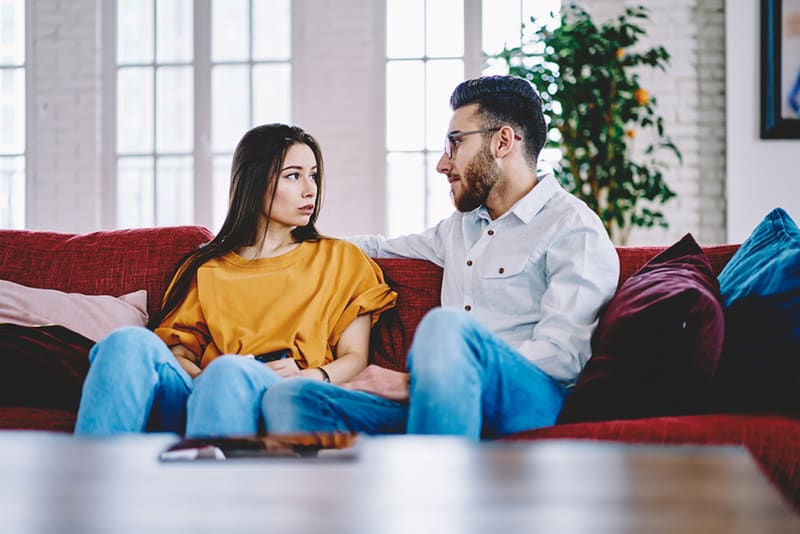 According to a definition for love-bombing, it’s an attempt to manipulate and control the other person with excessive use of attention and fake love.

In this scenario, the love bomber is the abuser – even though they aren’t physically violent – and the other person is the victim.

Simply put, when someone is love bombing you, they show high interest in you, act like you’re the center of their world, and lavish you with attention, gifts, and compliments.

What’s wrong with that, you must be wondering? Isn’t this what we’re all secretly searching for?

Well, the thing is that none of it’s honest.

On the contrary, the love bomber does all of this to obtain power over their victim. This is actually an extremely dangerous narcissistic, manipulative technique that is sadly very difficult to pick up on.

Sasha Jackson, a therapist and licensed clinical social worker (LCSW), says: “Love bombing is characterized by excessive attention, admiration, and affection, with the goal to make the recipient feel dependent and obligated to that person.”

So, is love bombing even possible to spot in time? The answer is yes, but it’s very rare for the victim to see all the red flags right away.

Even when your intuition is telling you that something is off, you refuse to believe it. After all, isn’t it easier to live in a fantasy and think that you’ve finally found someone to love you the way you deserve?

But sometimes, you just have to take off your rose-tinted glasses and look reality straight in the eyes, as much as it might hurt.

Too much attention and too many expectations 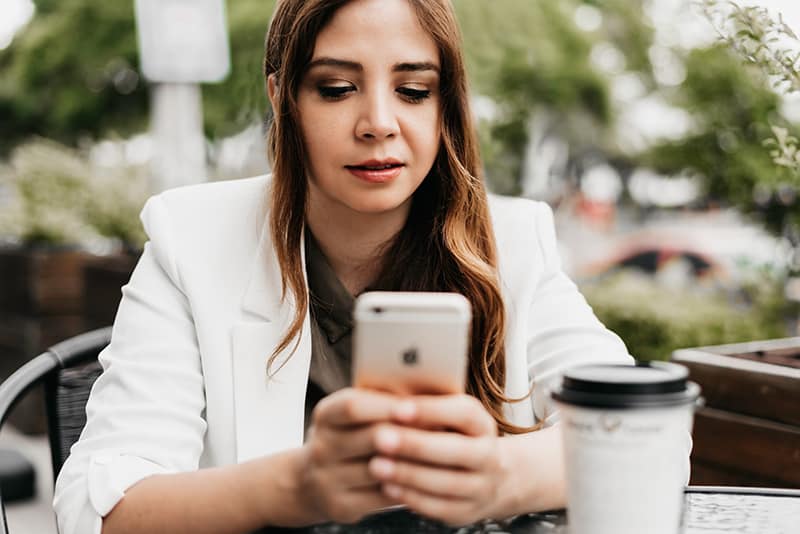 When you think about your exes, most of them didn’t pay you enough attention, am I right? So you ask yourself if it’s even possible to be getting too much attention from someone.

At first, this seems ungrateful, but in this type of abusive relationship, you’ll be getting too much attention and affection. And let’s be clear about one thing: we’re talking about a new relationship.

Is it really natural for a person you’ve just met to call and text you all the time? Didn’t they have a life before they entered yours?

And the worst part is that they expect the same in return. They demand your undivided attention, expect love letters, get upset when you avoid public displays of affection… 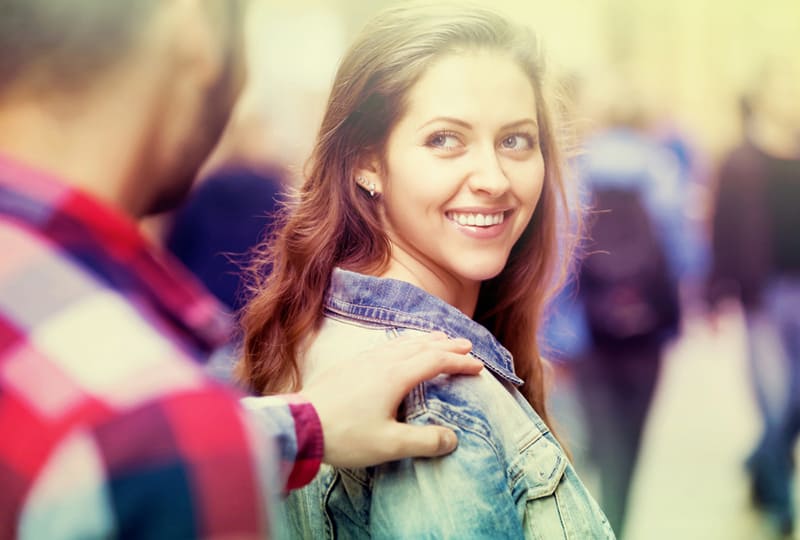 All of a sudden, your new partner is everywhere you look. They stop by to surprise you on your lunch break and start having breakfast at that place just in front of your building.

At first, you found it cute. Nevertheless, as time goes by, you feel like they’re stalking you.

Well, your intuition is not wrong, and this is definitely one of the warning signs of love bombing.

While they’re trying to convince you that they can’t spend a second without you, they’re actually being possessive.

They’re controlling your every move under the guise of being romantic. If this is not a red flag of a toxic relationship, I don’t know what is. 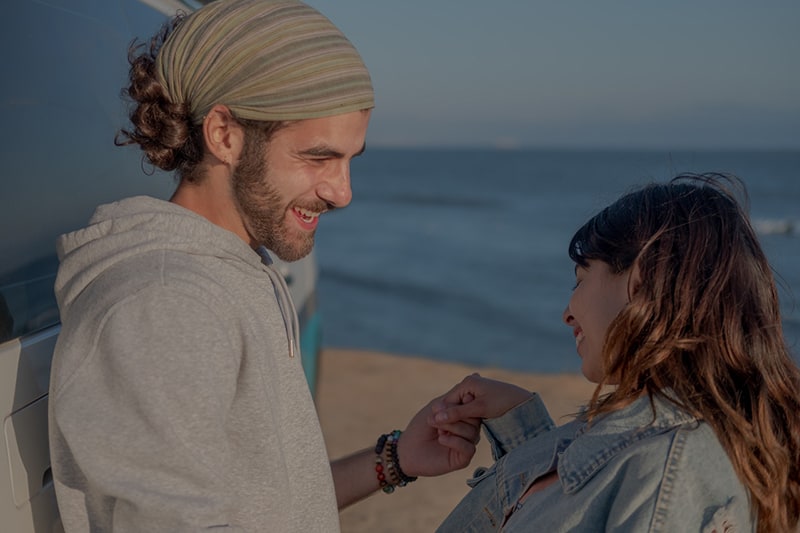 How soon is too soon to say “I love you“? I know you’ve probably watched tons of romantic movies that made you believe in love at first sight.

Even though I’m not claiming it’s impossible to fall in love right away, you have to admit that it’s pretty rare.

But on the other hand, that’s exactly what’s happening to you. Your partner exaggerates with their expressions of love.

They write you love notes, post your photos all over their social media profiles, recite poems, give you lavish gifts, send tons of emojis at the end of every text, introduce you to all of their friends and family members…

Is this the honeymoon phase or a warning sign of a toxic relationship? 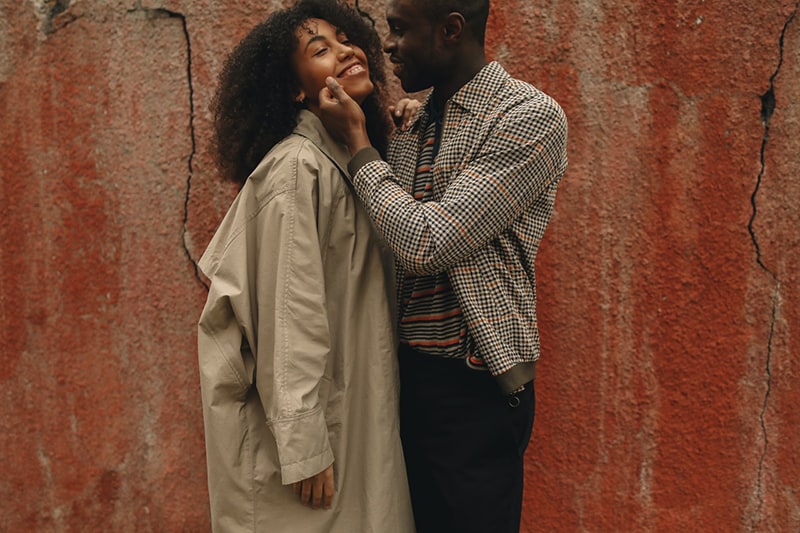 Don’t we all want to meet our soulmate and twin flame? Well, your narcissistic abuser knows this, and they will use it against you.

They will try to convince you that the two of you are meant to be and that this is true love. That this is a divine connection, and destiny itself brought you two together.

But that’s not all. They’ll probably gather more information on you, so they can build a fake personality that resembles yours.

Once you realize how “similar” you two are, you’ll believe in this union even more. 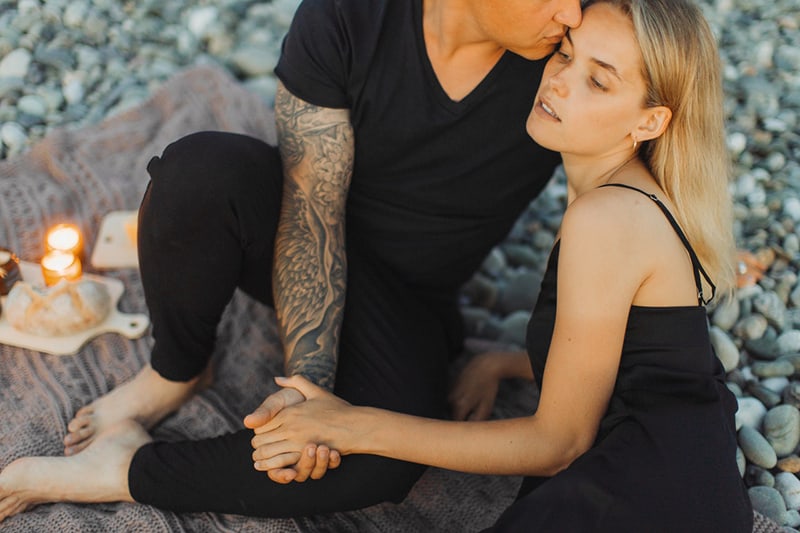 The love bomber doesn’t have much time. They want to trick you into committing to them as soon as possible before you get the chance to discover their true colors.

That’s why you can expect a marriage proposal in just a few weeks after the new relationship starts. If not that, they will definitely pressure you to commit in other ways without waiting for you to be ready for the next step. 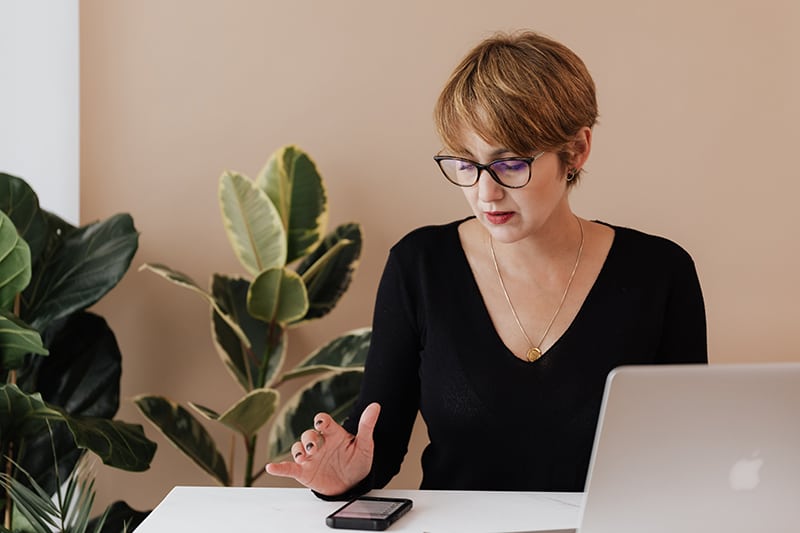 How many text messages and phone calls do you get a day? You and I both know that the answer is: too much.

The point is that this person doesn’t allow you to have privacy. They don’t respect your personal space and time, and they expect you to throw away your individuality completely.

Trust me: there is nothing romantic about this. In fact, it’s toxic and extremely dangerous.

Up until now, things don’t seem so alarming, do they? Well, this is when things get rough, and here is exactly how it progresses:

You feel overwhelmed and suffocated 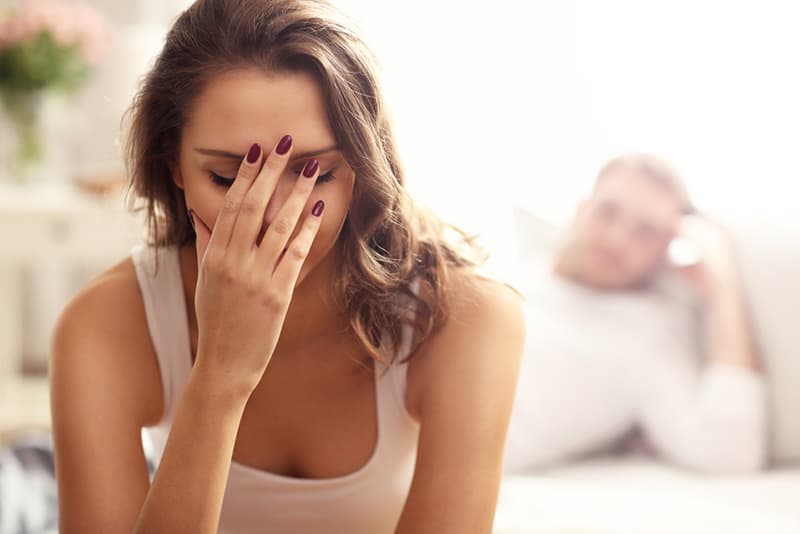 After a while, it’s completely natural for you to feel burdened. As much as you love the other person, you can’t stand this much pressure anymore.

At the same time, you’re staying silent about this. The last thing you want is to insult your partner by telling them to back off. 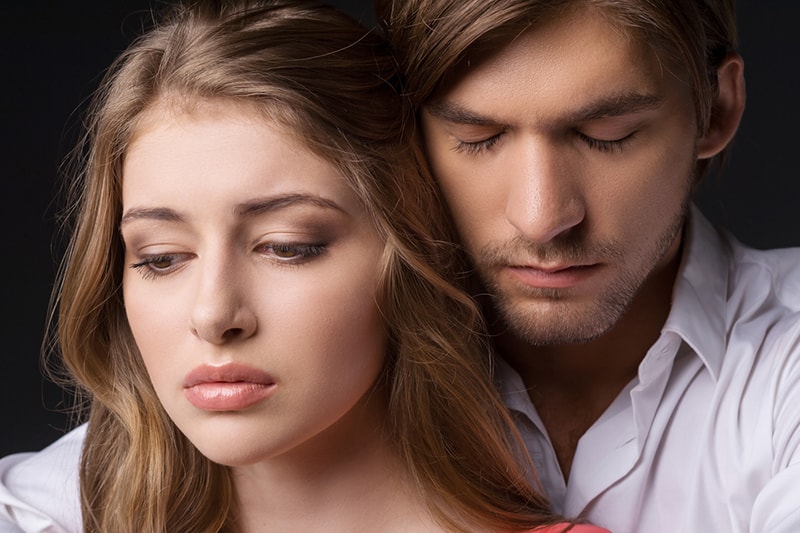 This is where emotional dependency comes into play. Whether you like it or not, all of this attention and affection is giving you some sort of validation.

You’re worthy of someone’s love, and that realization skyrockets your low self-esteem.

Of course, you’re still not aware that this is actually an introduction to emotional abuse and that you’re becoming emotionally dependent on this person. 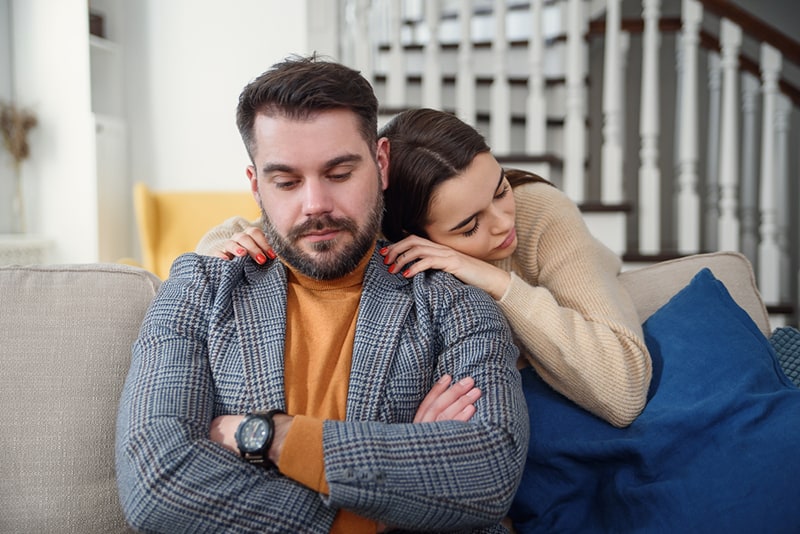 When this happens, your abuser suddenly changes their ways. They’ve made you addicted, and they have you right where they wanted you all along.

Now, they withhold their love and affection and bring devaluation into the picture. At the same time, you’re ready to do whatever it takes to get back to the honeymoon phase.

That’s when the real mind games start. You’re willing to agree to different emotional blackmailings, and you’ll do whatever they want you to, just to get the validation you became so dependent on.

How To Stop Love Bombing

Looking at things from this perspective, it looks like you’re doomed. Getting out of this mess will be hard, but trust me – it’s possible. Here is how to do it:

Don’t pay attention to those who offer too much 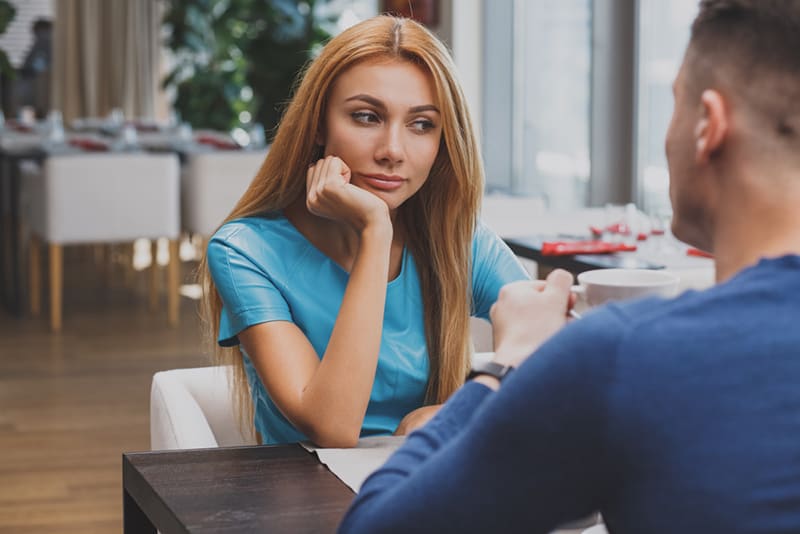 First of all, be careful. Keep in mind that love bombing is a thing, and avoid those who offer too much.

I hate to burst your bubble, but if someone is too good to be true, there is probably something off about them. I’m not telling you to be skeptical about everyone you meet, but don’t get your hopes up too soon either.

Honesty is always the answer 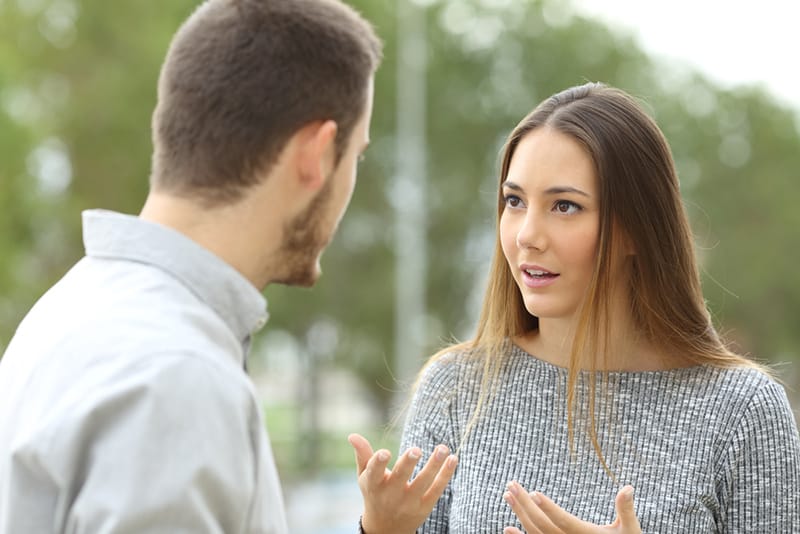 If you feel like someone is moving too fast, suffocating you, or asking too much from you, be honest about it. Before anything, be honest with yourself.

Admit how you feel and see what you can do about it. The next step is to be open to your partner about it as well.

No, you’re not ungrateful, and you’re not throwing away your only chance at happiness. You’re just following your intuition.

Don’t allow your loyalty to become your slavery 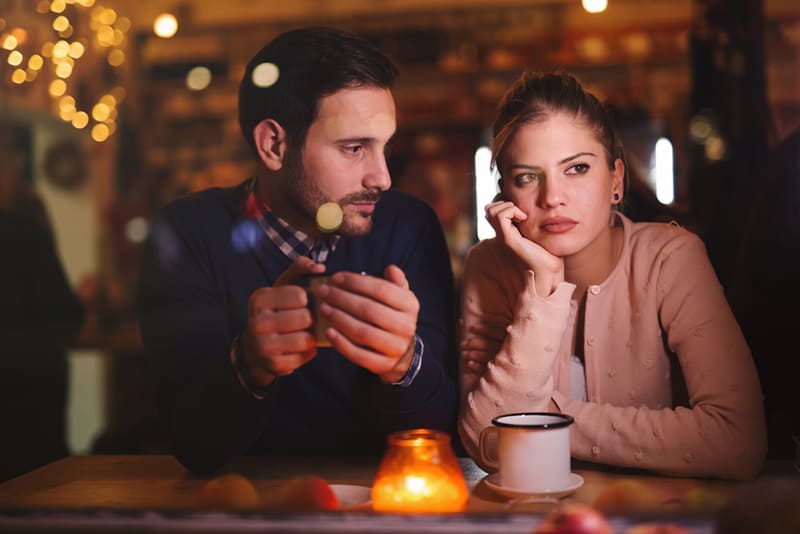 Remember this: you don’t owe anyone anything. You’re not obligated to stay in an unhealthy relationship just because the other person has declared their love for you or bought you an expensive gift.

It’s one thing to be loyal and faithful, but it’s completely different to keep on destroying your mental wellness because of a sense of duty. 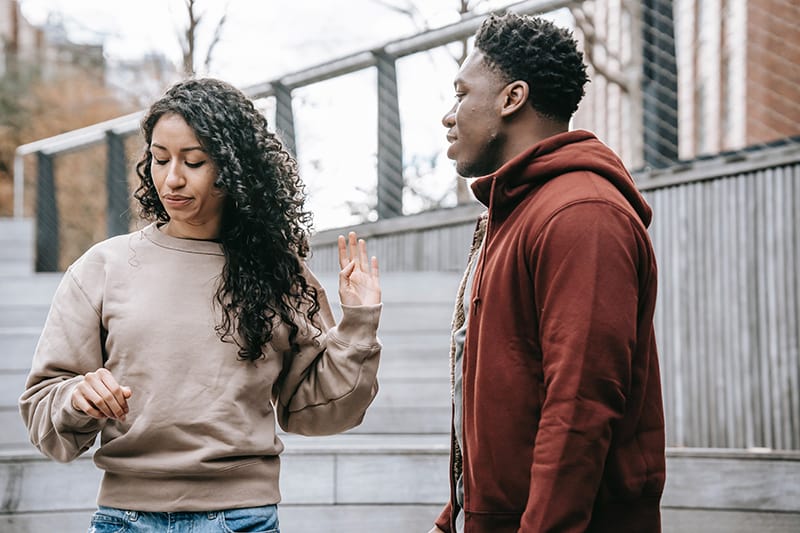 When you’re dealing with a love bomber who is suffering from a narcissistic personality disorder, you have no other choice but to cut them off for good.

Trust me: they’ll ignore all of your pleas, and they’ll continue with their toxic practices so long as they have access to your life.

That’s exactly why you have to kick them out for good.

This is hard to do while you’re being love-bombed because the abuser will probably use gaslighting, emotional blackmail, and passive aggression to lure you into their net even more.

Nevertheless, once you realize what’s going on, I suggest you run for your life because it’s the only way to really save yourself.

Self-love is the key to happiness 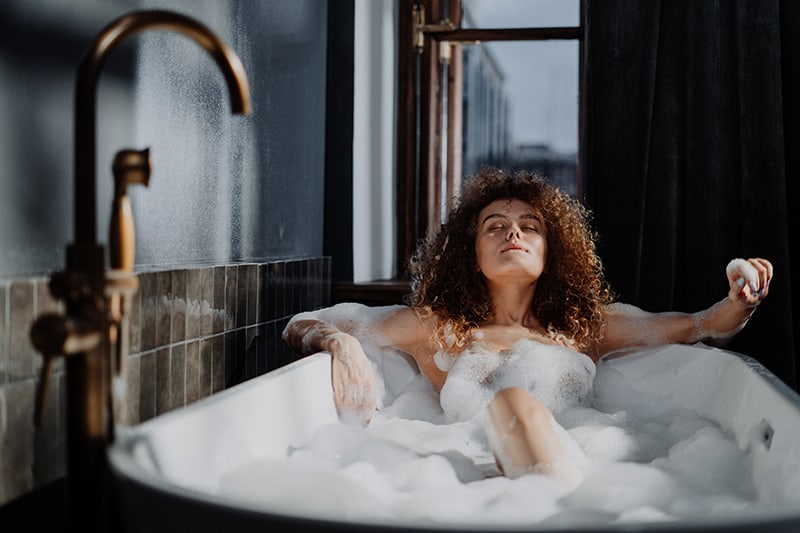 Having a healthy relationship with yourself is mandatory – regardless of whether you’re being love-bombed or not. You see, when you know your worth, it’s impossible to get trapped in this poisonous cycle of validation and devaluation.

Easier said than done, I know. Well, learning how to love yourself begins with baby steps.

You have to decide to put yourself and your mental health first – no compromise. Pamper yourself and work on becoming the best possible version of the person you used to be.

Once you start feeling really good in your own skin, no narcissist will be able to give you a sense of value or take it away.

There’s no shame in asking for help 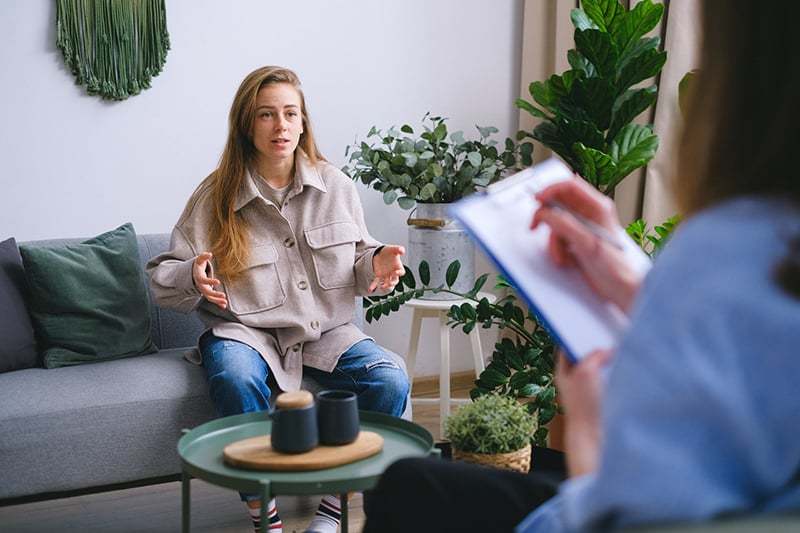 Finally, please don’t feel guilty for being love-bombed, keeping in mind that you’re probably not their first victim and that you’re dealing with a trained professional in manipulation.

This is a serious matter, and that’s exactly why I’m begging you to ask for help if you see that you have trouble healing on your own.

Psychotherapists who have worked on similar cases will know exactly how to help you the right way. Trust me: there is absolutely no shame in asking for help! 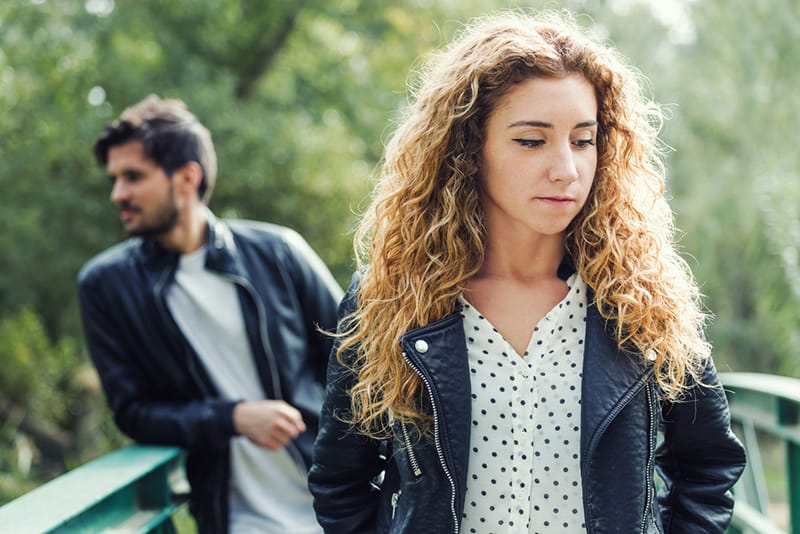 You don’t have to have a PhD in romance to see how unhealthy and potentially dangerous love bombing is.

Yes, becoming aware of it is hard. Running away from it is even harder.

But both can be done – especially with the knowledge you possess now after reading this article.

Please, be smarter than I was and learn from my mistakes! Don’t wait for something like this to happen to you before you learn your lesson.