But what does the moon have to do with it? Well, the moon influences tides and animals. Who says it doesn’t influence humans too? This means that the moon most probably influences females’ menstruation. The phases of the moon, therefore, influence your ovulation.

Since ancient times people have used the lunar cycle to determine which menstruation cycle they were on. It helped them predict PMS, their menstrual phase, and manage their wellness as well as partake in self-care. 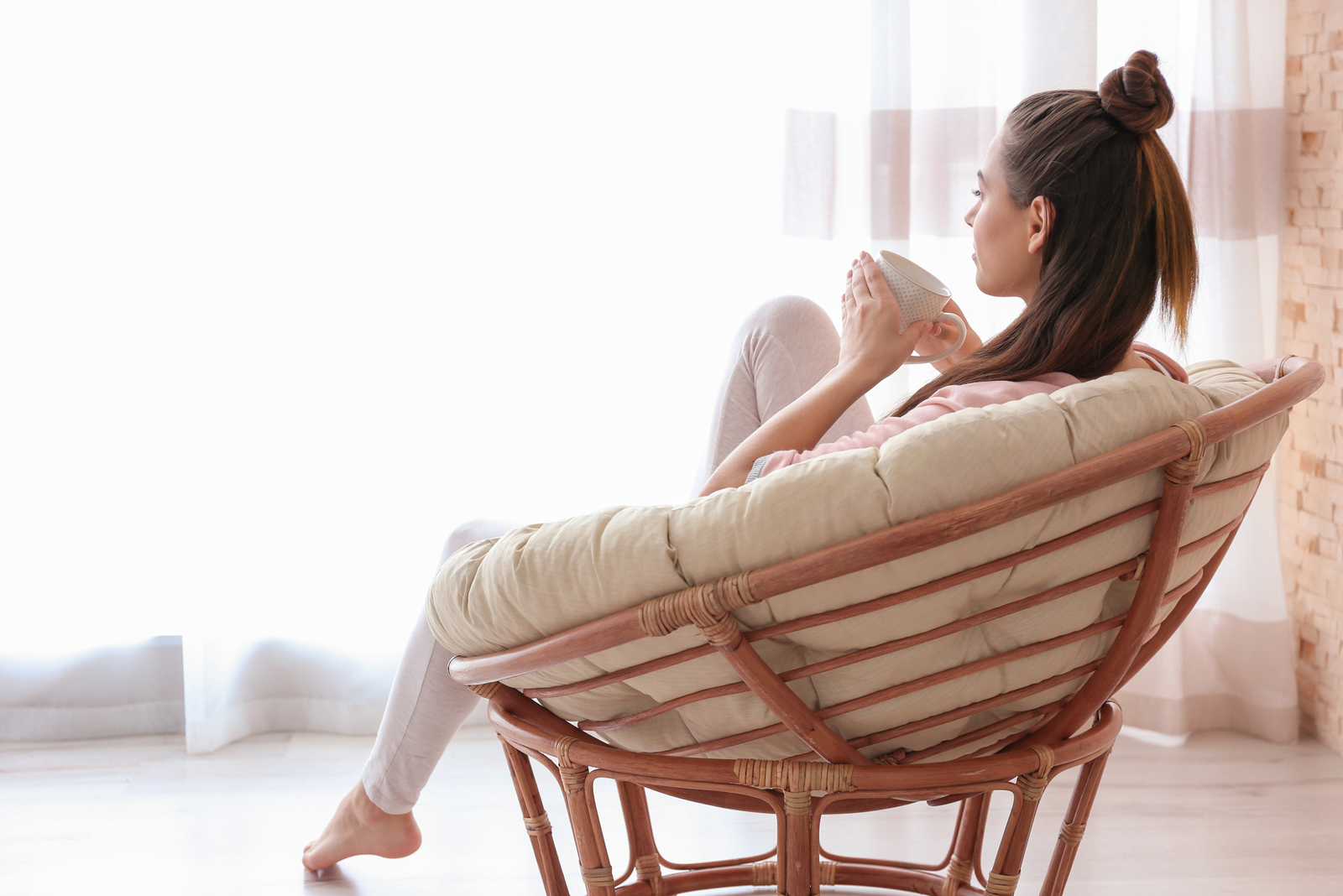 It orbits Earth in a counter-clockwise direction, completing one orbit every 27.3 days – almost the same length as our menstrual cycle! The moon is in synchronous rotation with Earth, so it always shows the same face to us. The moon has been an object of curiosity throughout human history.

People have been fascinated by its size and shape as well as its effect on people, animals, and plants. It has also served as a useful tool for the measurement of time. This is why the moon is so important to women and their menstrual cycles and many other aspects of life.

Understanding the menstrual cycle is important. It’s a natural process that all women go through, and it can have an effect on their health. In accordance with the cycle of the moon, there are four types of moon cycles:

• White moon cycle: This is the most common moon cycle, where the menstruation phase falls on the new moon, and the ovulation phase occurs during the full moon.

• Red moon cycle: The ovulation phase of this cycle falls on the new moon, and menstruation starts around the full moon, and it’s a rare cycle.

• Pink moon cycle: One of the unknown cycles is a pink moon cycle, where the menstruation falls during the waxing phase of the moon and ovulation in the waning phase.

• Purple moon cycle: The last is the purple cycle, where the menstruation falls on the waning moon phase and ovulation around the waxing moon.

The red moon menstrual cycle type is the rarest type of monthly cycle. Women with this divine feminine energy typically have a 28-day cycle, and they experience ovulation around day 14. As mentioned above, their period falls on the full moon and ovulation on the new moon.

This is because some women’s hormones fluctuate in sync with the lunar cycle while other people don’t. So, if you’re thinking about why you got your period on full moon spiritual meaning, I have the answers. It’s as easy and simple as the luna moth.

If you are a red moon woman, your peak power or full moon is during your menstruation cycle. The moon and the menstrual cycle are connected in many ways.

This is why artificial light, medication, tampons, and numerous other modern problems can influence the natural rhythm and spiritual balance of our period. Before, the night sky was the only thing that influenced our ovulation phase. This is why today, our periods are not “on time”.

So what does the period of the full moon mean? It means you are a red moon woman who has the potential to become a midwife, fight the patriarchy, have high energy levels, and anything near the healer archetype. This is why the red cycle is known as the wise woman’s cycle.

8 Signs You Are A Red Moon Woman 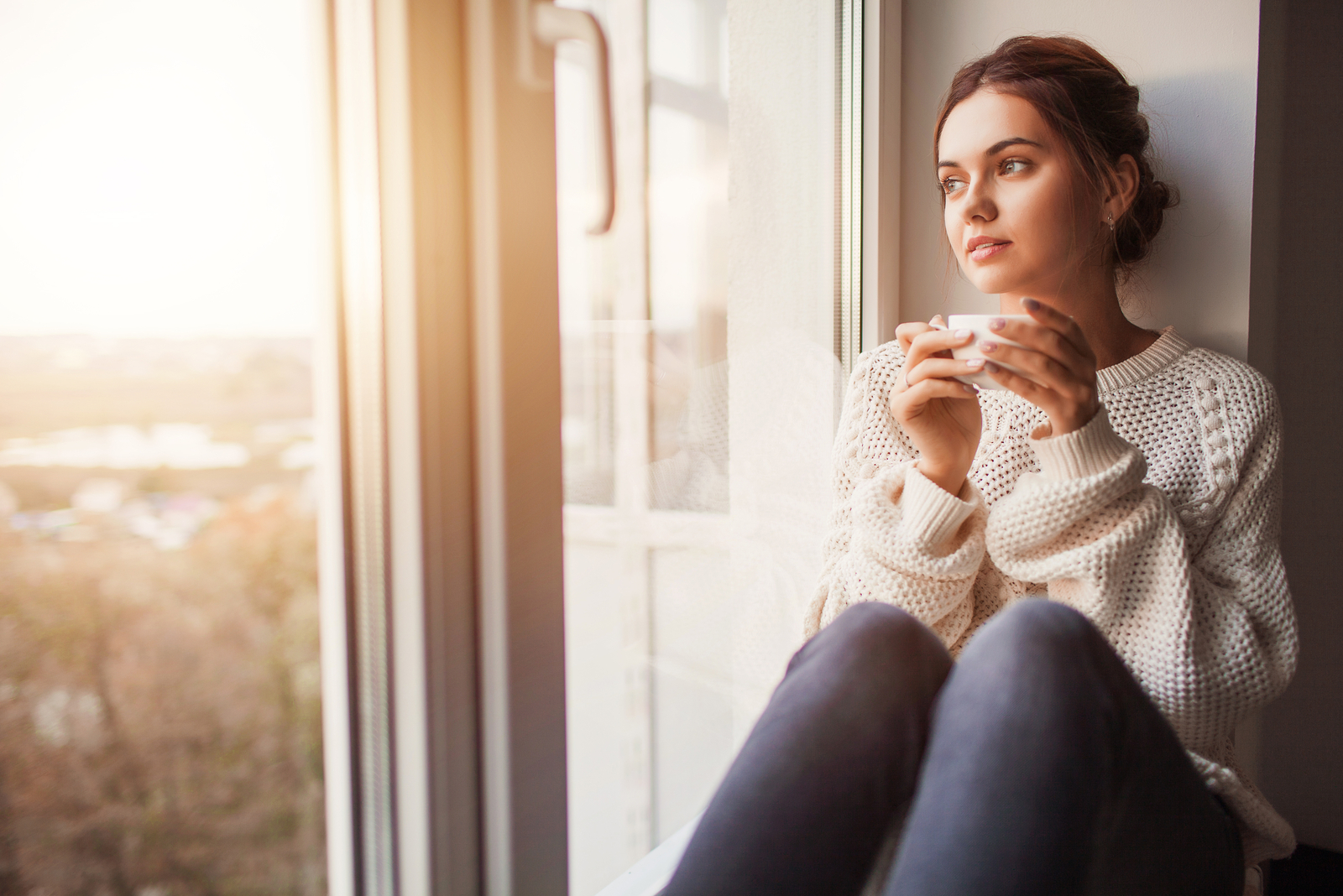 As a red moon cycle woman, you are a true healer, and what comes with this? Affection. The idea of being affectionate and healing may seem like a stretch, but there is some truth to it.

The way you touch someone and how they feel when they are around you can have an effect on their emotional state. This is why other women might be intimidated by you.

However, this does not mean that someone who is not affectionate cannot be a healer. There are many other ways to express care and love, which include verbal communication, listening, and showing empathy.

Your full moon period is not just about bleeding, it’s about birthing as well. You might wonder what the tie is between birth and menses. Well, there is. If you didn’t conceive a child, you did conceive creativity.

Creativity also has a lot to do with how we express ourselves and how we connect to others. In fact, creativity is the only way you can connect to another person on an emotional level without words.

No, I don’t mean passionate in a way that attracts men. I mean passion for life! The best red moon women are passionate about everything. They live life to the fullest and don’t let anything get in the way of their dreams.

You are always looking for new opportunities to explore, and you’re not afraid to take risks. You’ve learned that it’s important to be honest with yourself and others, so you can be true to who you are.

Passionate people are often labeled as mad, crazy, and intense. For some people, this can be a negative label. However, for others, it is a badge of honor that they wear proudly. I would do the same if I were you. 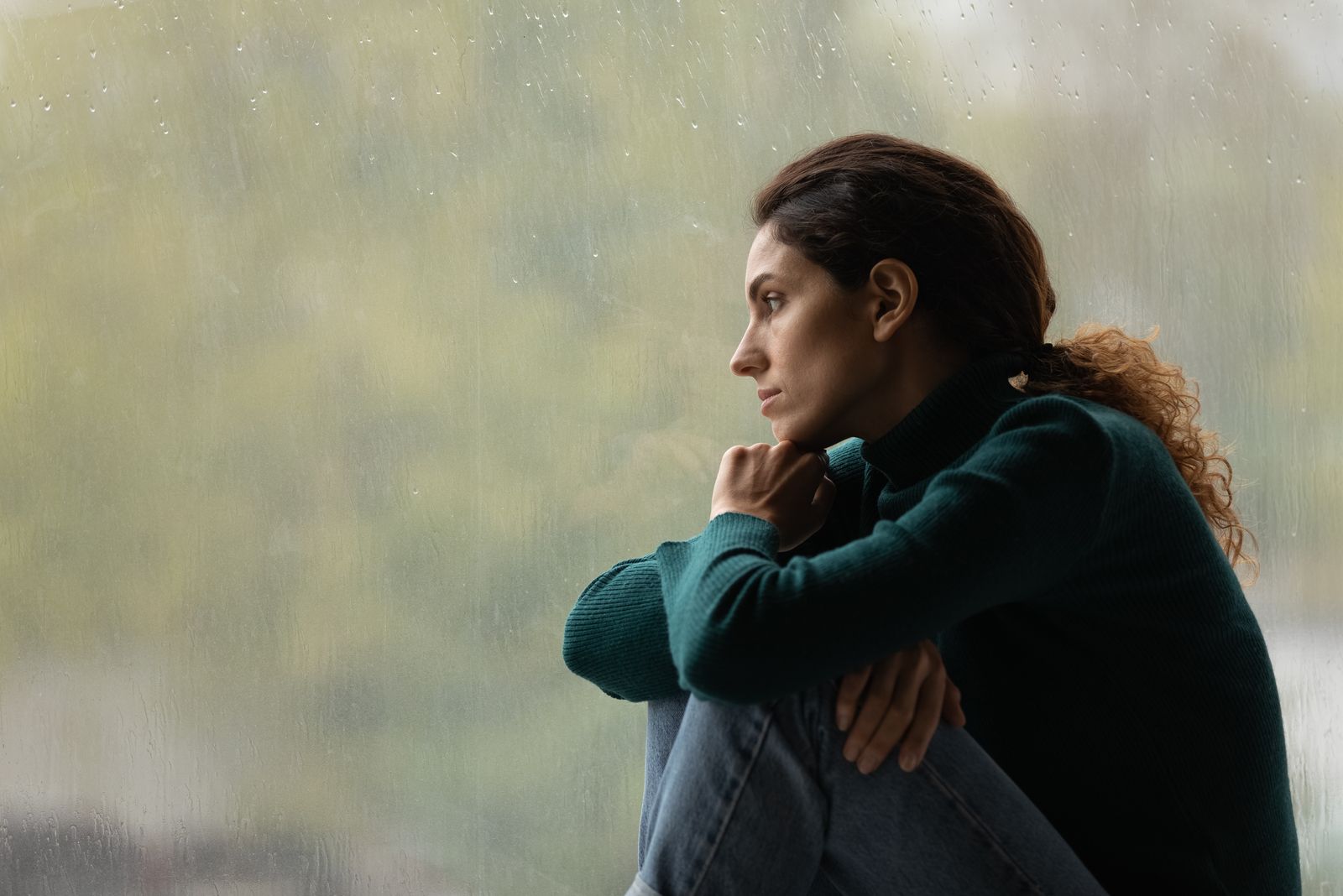 You are the healer, and healers are there to understand the world around them. We all have our own way of understanding the world. And it is through this understanding that we are able to heal and become the people we want to be.

You get why people do what they do, how the world works, and everything else. This is a definitive sign you are a red moon woman.

All red moon women are sensual and sexual. It’s not like they are trying. The world just sees them like this. They have had numerous suiters even through social media, as well as encounters where they could slice the sexual tension with a knife.

In this day and age, it’s important to take care of your sexual as well as your mental and physical health. It’s also important to explore your sexuality in order to figure out what works best for you.

If we are not in touch with this side of us, it can take a negative toll. Sexual repression happens when we are taught to be ashamed of our bodies and natural instincts. Sexual repression can lead to depression, anxiety, eating disorders,

Self-growth is a sign that you are a healing woman. It is the realization that you are not perfect, but you are doing your best to improve. This mindset is a classic characteristic of a red moon cycle woman.

You know that there will always be room for improvement, and you want to ensure that you don’t stop learning. Self-growth can be achieved in many ways: going on adventures, reading self-help books, taking care of yourself, meeting new people, and exploring different cultures.

All these things can help with self-growth and make us aware that we need to do our best to become better versions of ourselves. 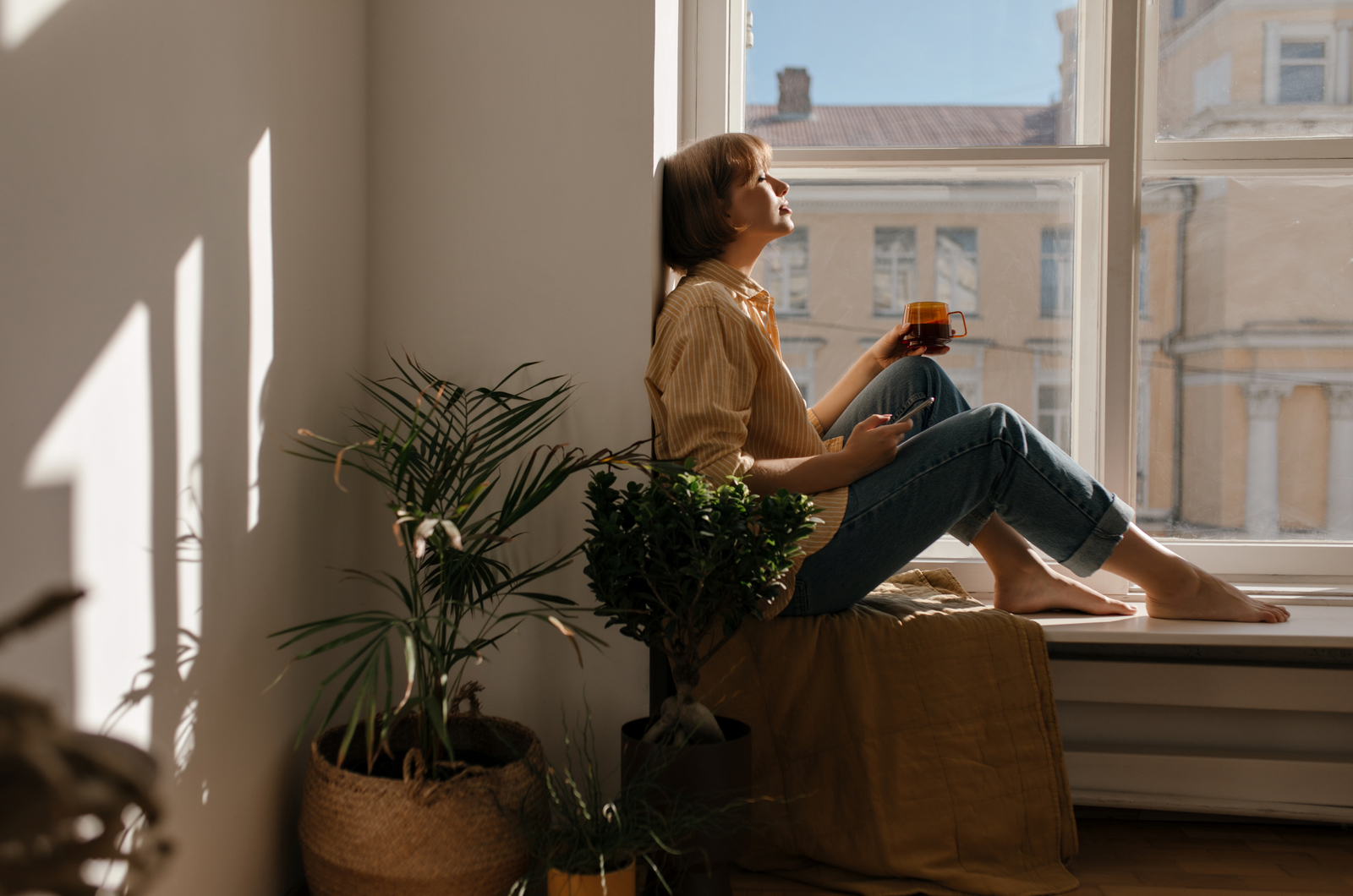 I believe there is a tie between your period and the moon. The full moon and menstrual cycle correlate in length, so why shouldn’t they correlate when it comes to energy? The moon has always been considered the feminine planet.

Feminine energy is the power of compassion, creativity, and intuition. Women with this type of energy are able to heal themselves and others through their own personal strength. They have the ability to create change in their lives and in the world around them by using these qualities.

Yes, a long time ago, red moon women were considered witches. It was their knowledge, sexual attraction, and healing powers that got them in trouble. But being the healer is simple. It means you have the ability to help people heal from their emotional and physical pain.

Don’t let this discourage you. Embrace who you are and live by it. Don’t let blind-sighted people burn you at the stake. The truth is that being a witch doesn’t have anything to do with being good or bad. It means that you are a healing woman and that you have been given this gift.

What Does It Mean When Your Period Syncs With The Full Moon? 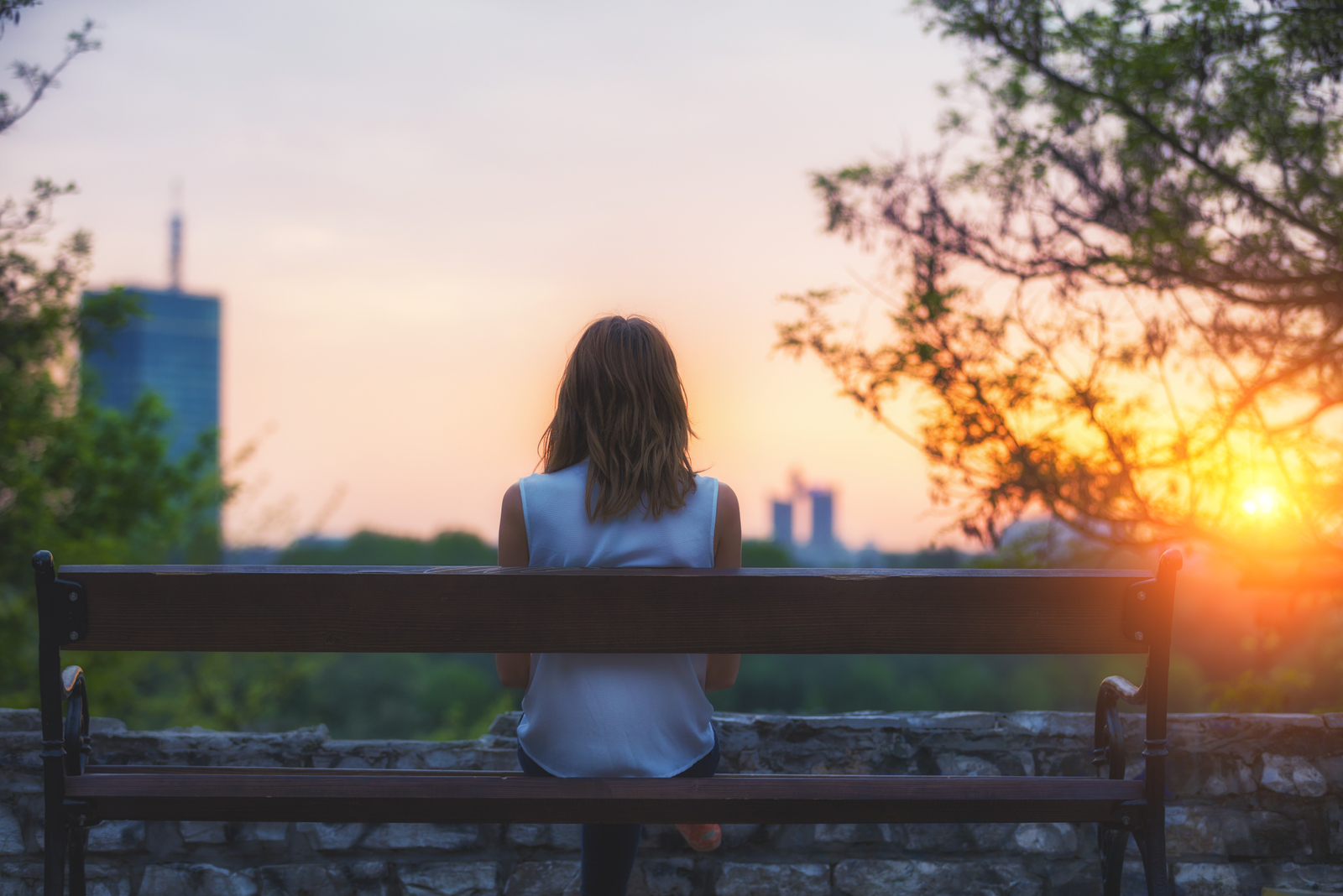 When your period falls on the time or around the full moon, it means you are a red moon woman or have a red moon cycle. There is a lot of speculation about whether or not the full moon influences menstrual cycles.

Some people believe that the moon’s gravitational pull on Earth can affect hormones, thus influencing menstruation. But what does it mean if your periods sync with the full moon?

Period syncing is when a woman’s menstrual cycle aligns with the lunar cycle. This means that they will menstruate on the same days of each month, usually around the time of a full moon.

Some women may experience this monthly, while others may not notice any syncing at all. Some factors can influence when a woman’s period might sync with the full moon-such as stress and diet changes. It’s almost like protecting your energy.

When your period syncs with the full moon, you will have a 28-day menstrual cycle where you ovulate around the time of the full moon every month. This can happen because of an internal body clock that is synchronized with lunar cycles or because of external factors like diet or stressors.

How Does A Full Moon Affect Females?

The moon’s gravitational pull can affect the ocean tides, but it can also affect humans. Women, in particular, are said to be affected by the full moon.

A full moon occurs when the sun and the moon are on opposite sides of Earth, with the moon appearing fully illuminated. It is a natural phenomenon that many people believe has an effect on human behavior.

In ancient times, it was thought that a full moon had properties that could influence people’s moods and behaviors. This belief was called “lunacy” by the ancient Greeks and Romans.

The menstrual cycle is a complex process. It’s not just about the monthly bleeding. It also includes ovulation, hormonal changes, and other physical and mental changes.

Are Menstrual Cycles Related To The Moon? 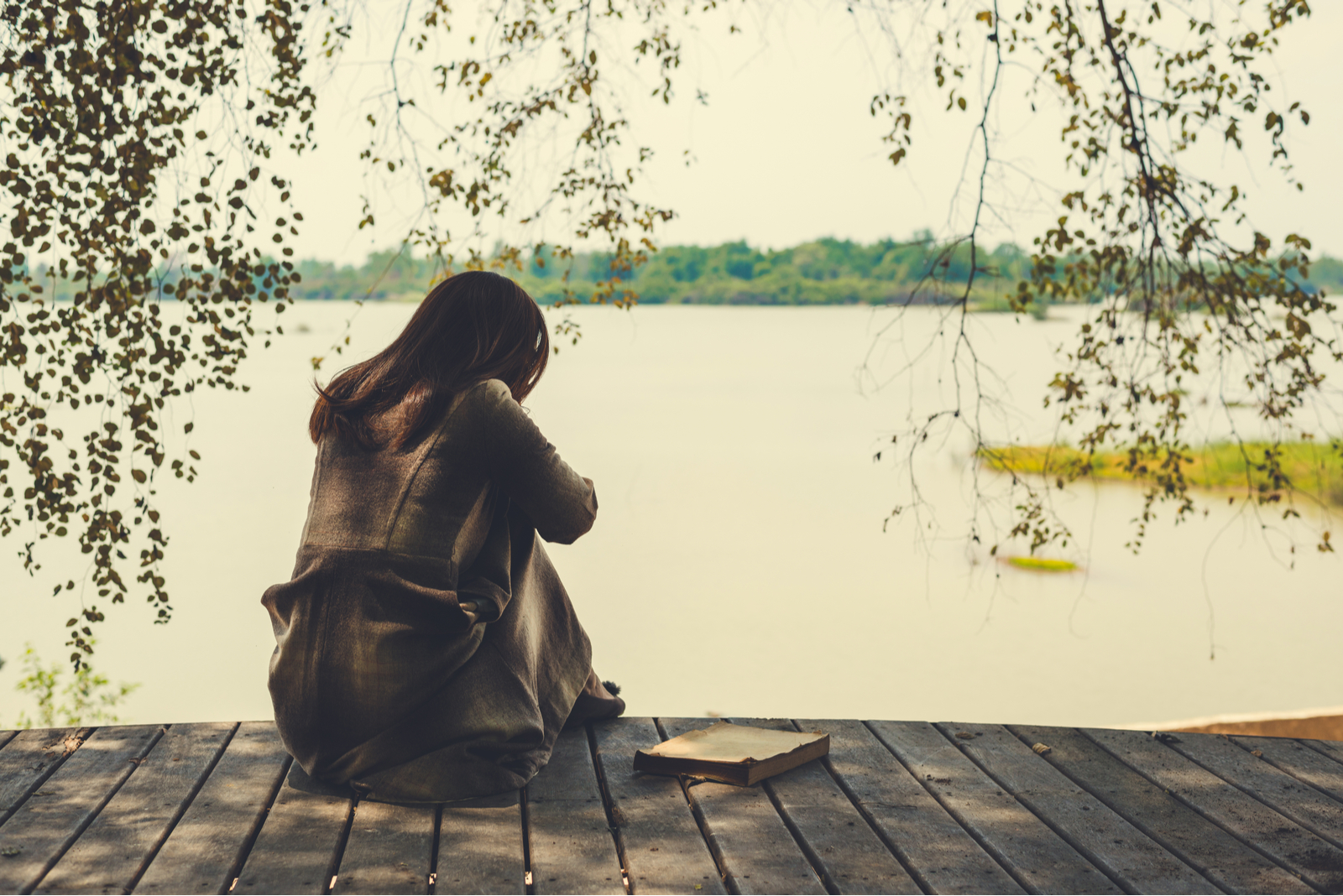 There is no evidence so far that menstrual cycles are related to the moon. The math adds up, and some studies show this to be true, whilst others say it’s unrelated.

Still, some women believe that their menstrual cycles are related to changes in gravitational pull from the moon, but this has not been proven definitively. Maybe this is Mother earth and our divine feminine way of showing us we still don’t know everything.

Menstrual cycles are usually between twenty-eight and thirty-five days long. However, the length of a woman’s menstrual cycle can vary from woman to woman and cycle to cycle.

There are many theories about how these cycles might be related to each other. One theory suggests that there may be a link between these two cycles because they both happen monthly and have phases that follow similar patterns.

The idea behind this theory is that women’s menstrual cycles are regulated by their exposure to the moon, which also affects their sleep patterns. Of course, the moon can also influence our hormones and our water levels. Who says there is no link? 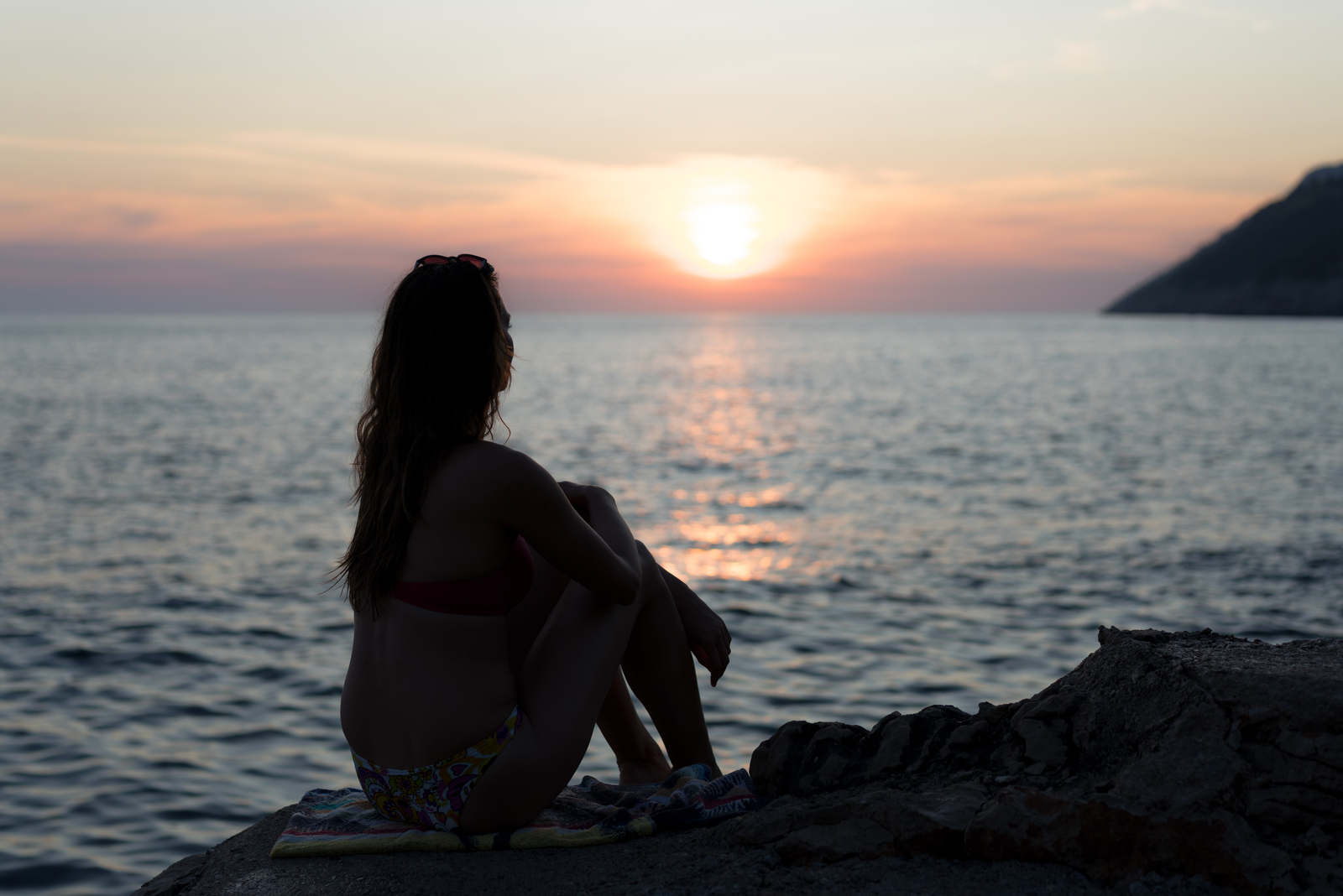 The moon has been an object of worship, a symbol of fertility and power, and an indicator of the seasons. The phases of the moon are caused by the sun’s light reflecting off the moon. But what does the moon mean to us as humans?

The moon phases have influenced the way people think, act, and feel. It is also believed that the moon influences human physiology and even mental health. The moon time influences our creative energy and our menses’ natural cycle.

Women are more likely to ovulate during a full moon as the increased lunar gravity pulls up the water levels in the body. The opposite applies to you. This is why the red moon cycle is so rare. You should feel special because you are! 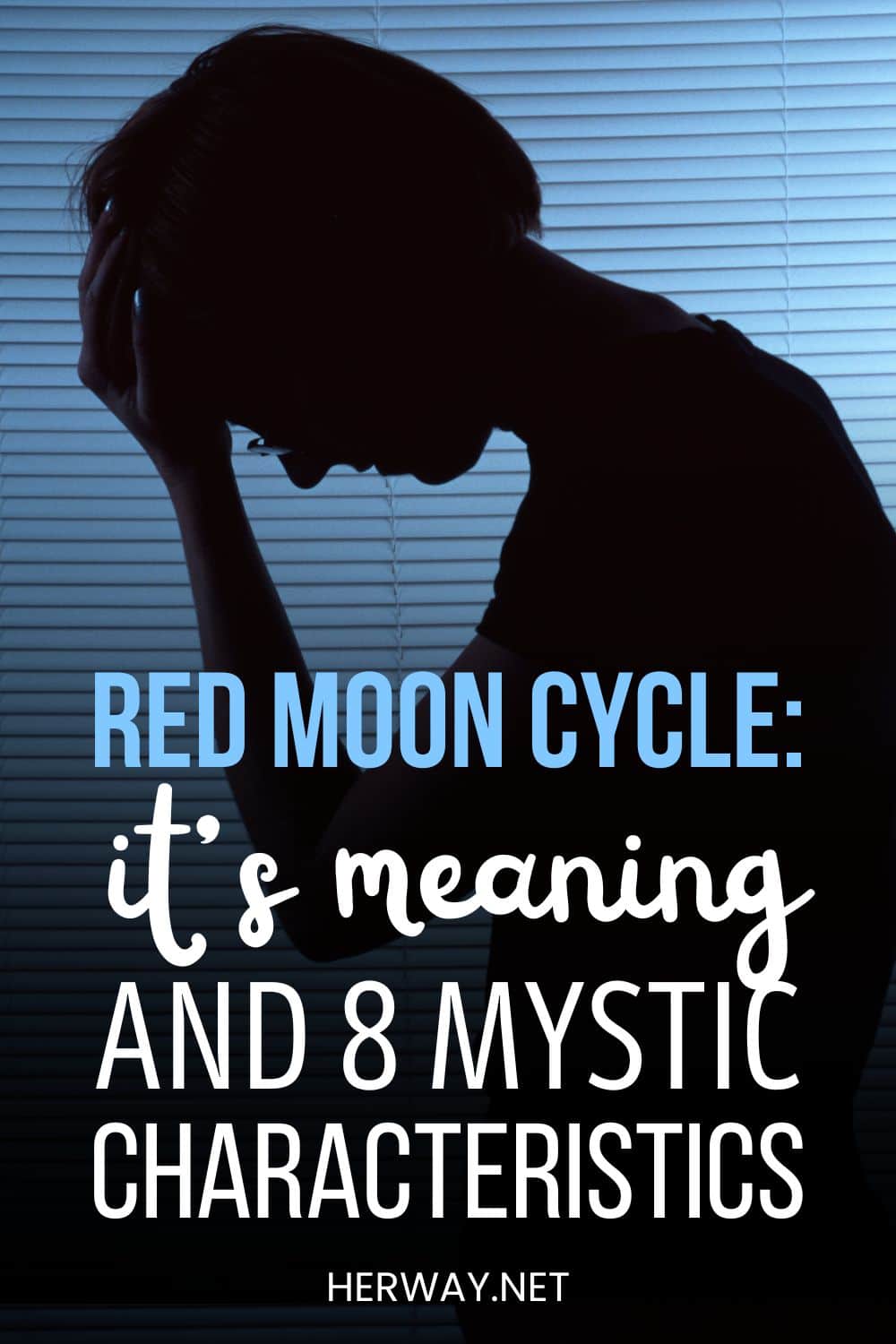