You’re probably familiar with the story of the ugly duckling from your childhood.

Hans Christian Andersen’s classic fairytale of a plain-looking little bird who suffers abuse and loneliness and then turns into a beautiful swan in the end.

The ugly duckling syndrome gets its name from the story, but neither are really about growing up to be beautiful.

The challenge is reconciling who you really are with the persistent judgment you faced at a vulnerable age that left lasting damage.

It’s about finding ways to heal and accepting yourself.

What Is The Ugly Duckling Syndrome? 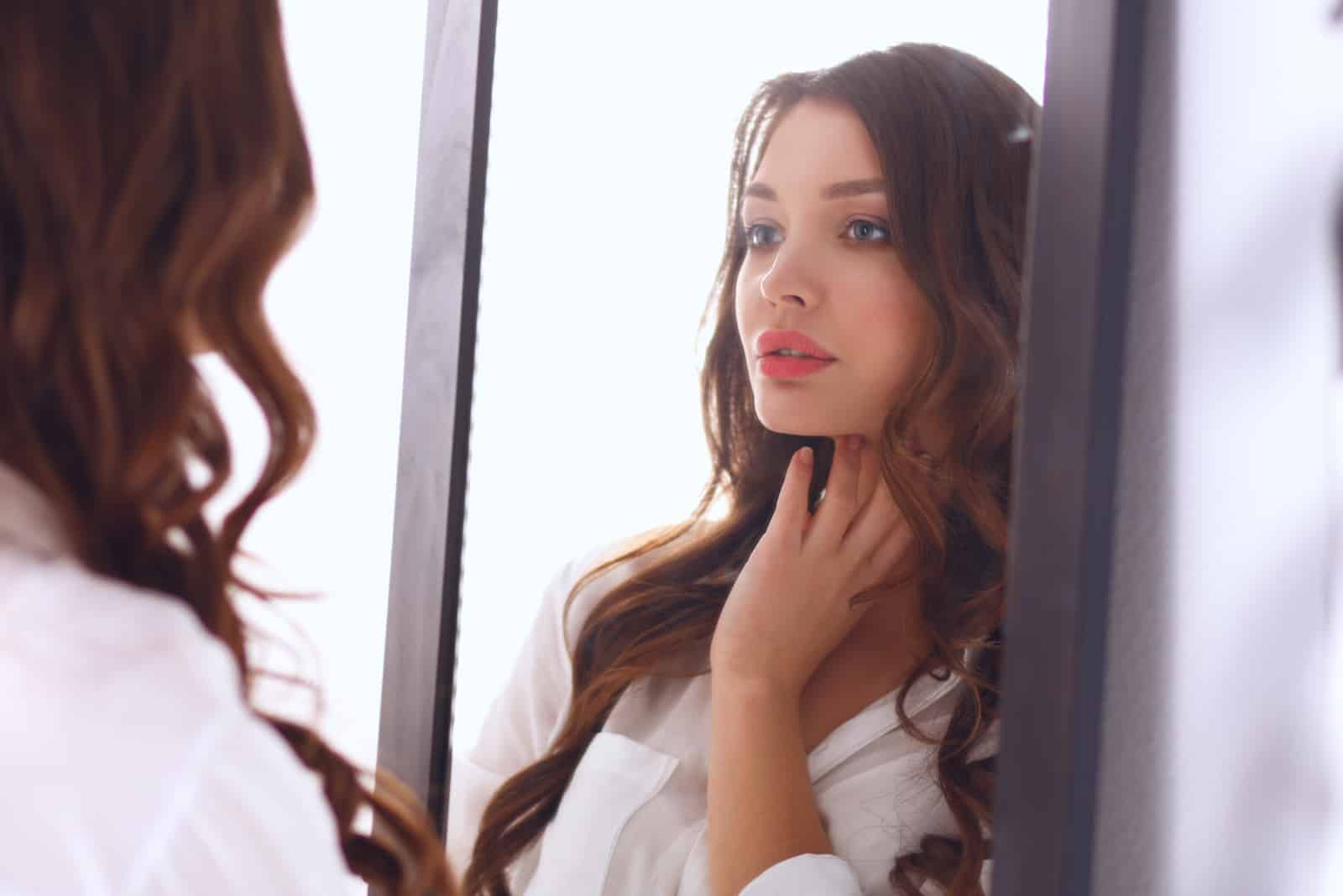 The ugly duckling syndrome is the effect of being seen and treated as different at a young age and its impact on your confidence as an adult.

In the fairytale that lends its name to our topic, the ugly duckling looked different from its siblings. They couldn’t see him for what he really was and abused him.

When he grew up and met a flock of swans, they accepted him. The duckling saw his reflection and realized he was as beautiful as them.

The moral of the story isn’t about becoming something you aren’t – it’s about growing into your potential.

The road to self-acceptance is long, but learning your own value can show you that you’re more than you could have imagined.

Misconceptions About The Ugly Duckling Syndrome 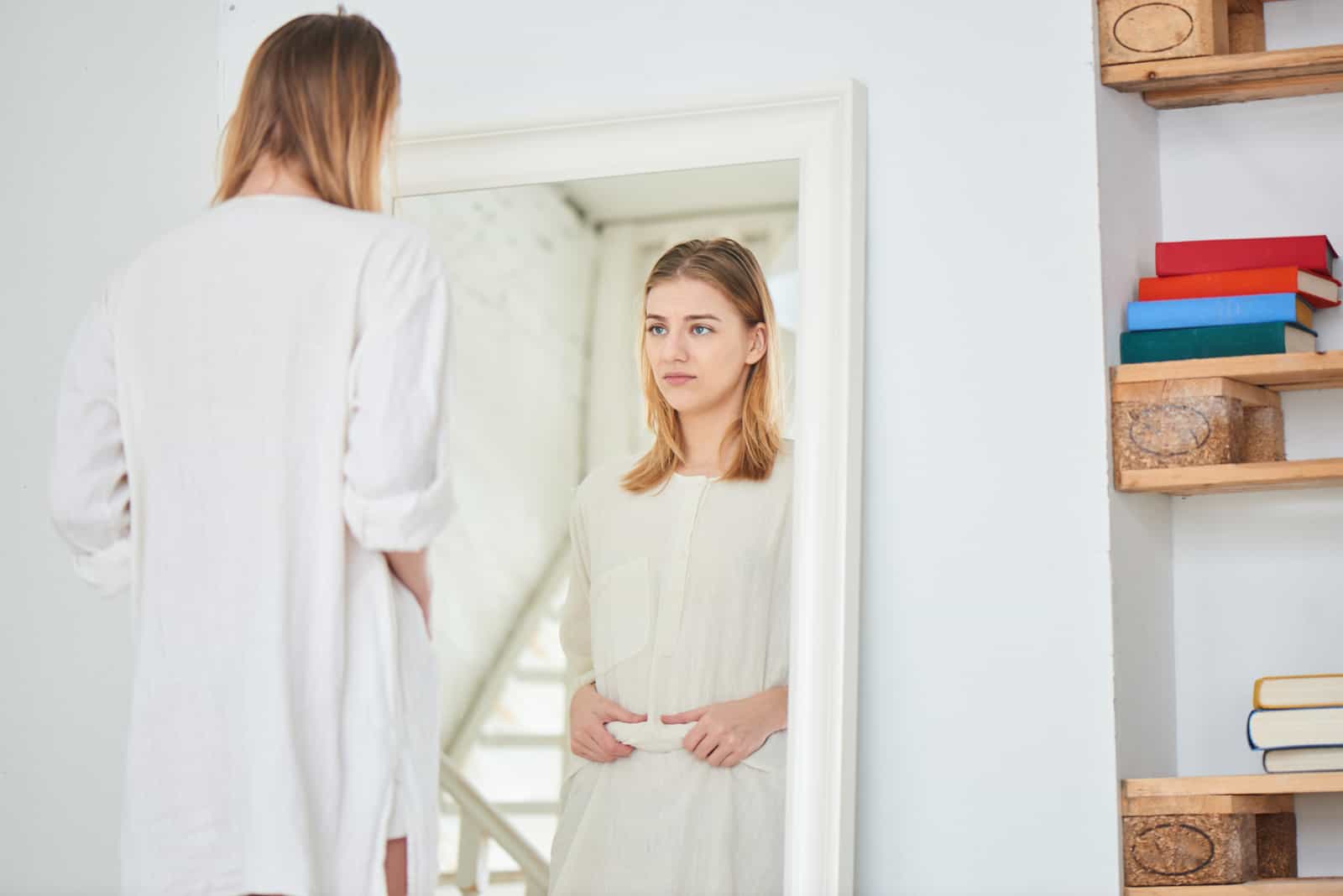 The idea that an ugly duckling is someone who used to be ugly, developed a personality out of necessity, and grew up hot is toxic.

This makes it seem that being a good person and being good-looking are mutually exclusive unless there’s an obstacle in the way.

It paints a very patronizing picture of the “formerly ugly” as naïve and innocent, all about inner beauty and incapable of dealing with the sudden attention.

Being good-looking is presented as the ultimate goal in life, yet it’s damaging to beautiful people by depicting them as uninteresting unless they’ve been through something awful. 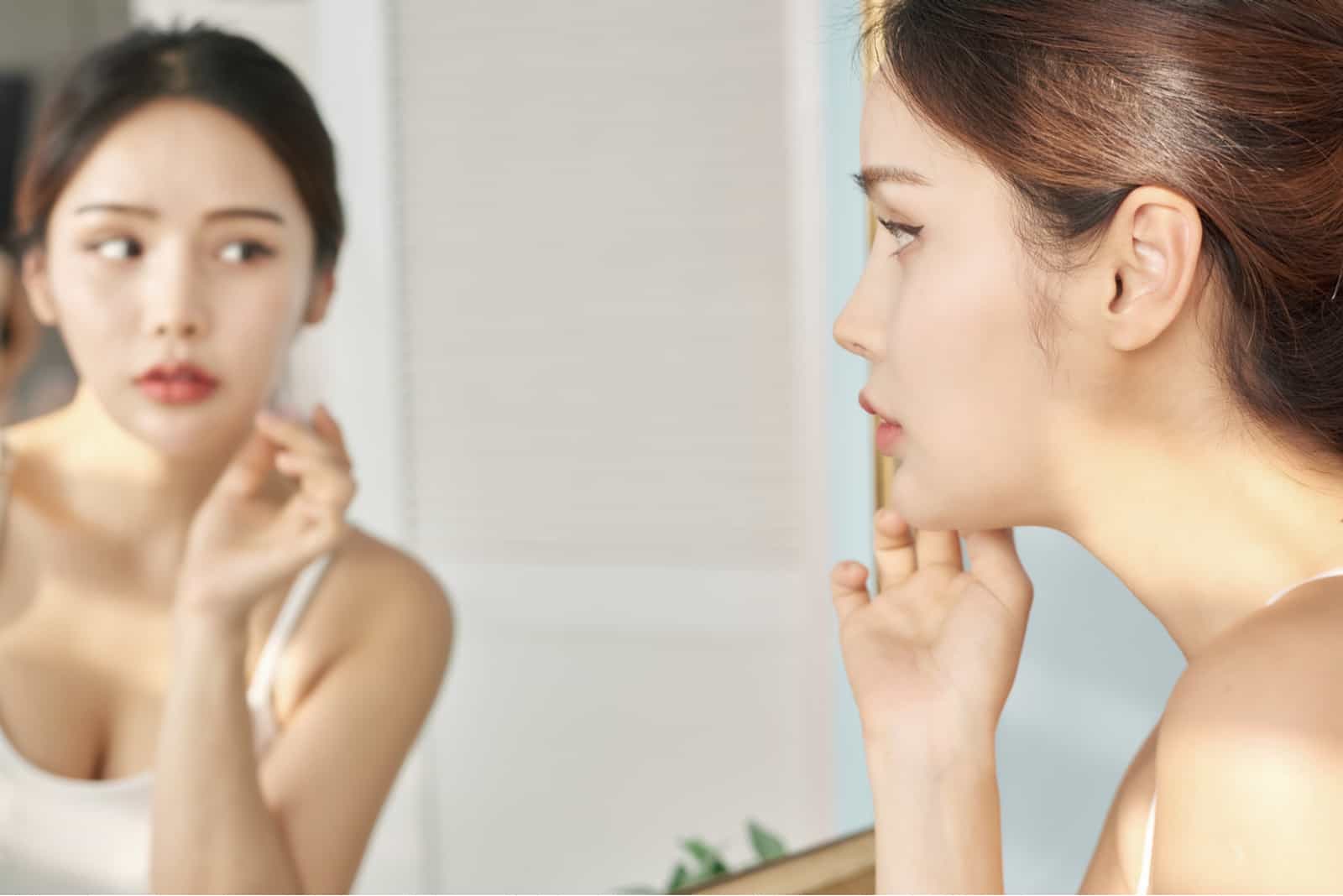 Mistreatment and discrimination can cause issues long after high school.

The side effects of bullying can make you feel isolated and like you have nowhere to turn. This leaves a lasting sense of not belonging and not being enough.

At that age, it’s almost impossible to realize that being different can be a way to elevate yourself beyond judgment and transform into who you’re meant to be.

1. You think you’re nothing special

If you don’t consider yourself good-looking, interesting, or attractive, it can greatly impact how you relate to others, no matter how untrue those beliefs might be.

It’s easy to say that your bullies’ words don’t matter, but being told countless times that you’re inferior in some way would make even the most confident person start to believe it.

You need to consciously decide that none of those things are true.

If you believe that you have beauty, a good personality, or a talent, every time you think otherwise, remind yourself that it’s the voice of some random person from middle school.

Why should you listen to them over an intelligent adult?

2. You can’t take a compliment

Hearing anything good about yourself can seem absurd if you lack confidence.

You might think they’re mocking you, that they’re wrong, or that they don’t know what they’re talking about, especially if it’s someone of the opposite sex showing interest.

Your reaction to a compliment should always be to say “thank you.” You might spice it up by giving a compliment back. Never reject a compliment by saying something like, “Oh no, I’m not.”

Respect the opinion of someone who took their time to find something nice to say and believe them.

Your self-image can suffer greatly if you’re considered unattractive in your young and vulnerable years.

This can make you feel uncomfortable when people pay attention to you because you question their motives.

For instance, when someone is looking at you, it would never occur to you that they might be thinking you’re cute. That doesn’t happen to you in real life, right?

If you decide to dress up or try something new, you feel awkward and like it’s a mistake.

The solution is to fight your doubts and consciously decide to value your opinions over the voices from the past.

You put yourself down because you’re used to that kind of treatment. You were told you’re no good many times, and you believed it.

When you see someone you consider beautiful, impressive, or special, you feel not quite envy but a desire to be that person.

You might look at them and think, “If only I was the same person, I would be happy.”

If you hide your vulnerabilities because you think they make you even weaker, that can cause you difficulty dealing with things that cause you pain.

Don’t let being a late bloomer ruin the rest of your life. It’s never too late to love yourself.

5. You run away from love

You don’t really think of yourself as someone who can find love. When someone shows interest in you, you have trouble noticing or even believing it.

Flirting may be very hard for you because you lack the social skills needed because you were led to believe that you wouldn’t need them.

When you do choose to accept someone, you might have trouble connecting with the other person. You don’t know how to open up and show who you are in fear of being rejected.

If you learn to let go of those false beliefs, you can love yourself and have a successful and happy love life with someone who appreciates you. 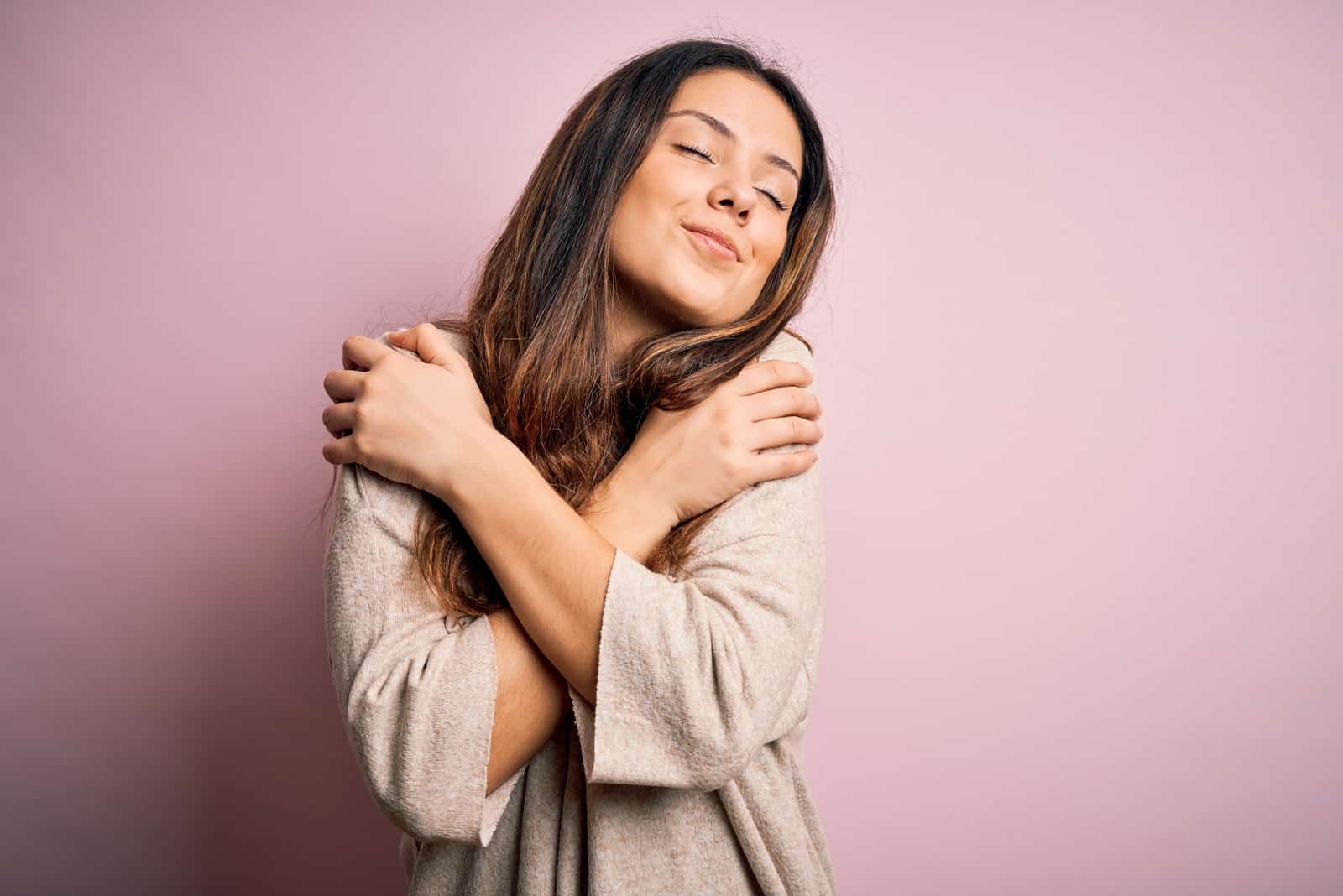 Ugly duckling syndrome can make you feel insecure about your looks, abilities, and make you emotionally vulnerable.

Learning how to address these issues can help you move on from false beliefs of your own worth being less than it is.

Putting the voices of irrelevant people from your past behind you and trusting only your own judgment can help you come to a point where you can think, “I’m valuable, and my life is good.”

When it comes to beauty, you can look at it this way: maybe you’re beautiful but don’t know it, or maybe you’re actually not.

It doesn’t matter because guess what? You don’t have to be beautiful to be worthy and loveable. Good looks aren’t a condition or guarantee of happiness.

Besides, ugliness doesn’t exist, not in the way the bullies who mock other kids’ braces make it out to be. All they want is to make you conform to peer pressure.

If you want to be more attractive, there are always things you can do to level up, so to speak.

Taking care of yourself goes a long way. A hairstyle that suits you, well-fitting clothes, and exercise are just some steps that can make anyone objectively better looking.

Children can be cruel, and persistent abuse inevitably leads to low self-esteem and insecurity. It might be difficult to accept yourself even if you’re nothing like you used to be.

For instance, if you were considered a nerd in middle school, you might have faced rejection and bullying.

You may no longer be the awkward teenager you were back then, but as a consequence of being mistreated, you still doubt your own worth.

If you’re still feeling the consequences, remember the importance of being true to yourself and not looking for validation from others.

Instead, surround yourself with those who appreciate you as you are. Keep the faith that you can find your people and a place where you belong if you don’t give up.

Life itself is tough for children and teenagers. Everything becomes so much harder if they become victims of bullying.

Low self-esteem is one of the lasting consequences of being singled out and tormented for whatever perceived flaw you had.

When you grow up, and those flaws don’t exist or don’t matter anymore, ugly duckling syndrome can still make you doubt your worth.