Do they instantly feel that karmic connection and know they’ve met the person they’ll spend the rest of their lives with? And most importantly, does that feeling ever let them down, or is it true in most cases?

The answers to these and many more questions about this topic are waiting for you below. Your only job is to continue reading, and you’ll find out.

Contents show
1 How Do Guys Know When They’ve Met The One? 15 Signs That Show They Do
1.1 1. He falls in love with every single thing about her
1.2 2. Spending time with her becomes his priority
1.3 3. He’s aware that there is high compatibility
1.4 4. He feels like he has known her his entire life
1.5 5. He wants and tries hard to build a long-term relationship with her
1.6 6. Doing little things for her that prove he really cares
1.7 7. This relationship is completely different from all of his past relationships
1.8 8. He accepts compromise on the big things
1.9 9. He works on becoming a better version of himself because of her
1.10 10. He’s patient and understanding with her needs
1.11 11. He isn’t afraid of being himself around her
1.12 12. Losing her becomes his biggest fear
1.13 13. He meets her with his loved ones
1.14 14. Also, he’s eager to meet her family and friends
1.15 15. His gut feeling is telling him she’s the one
2 How Soon Does A Guy Know You’re The One?
3 Final Thoughts

How Do Guys Know When They’ve Met The One? 15 Signs That Show They Do

Some men choose to ignore most of these signs because of their insecurities, and there are some who fail to recognize them immediately. However, it’s a fact that all men experience these signs when they meet the one.

1. He falls in love with every single thing about her 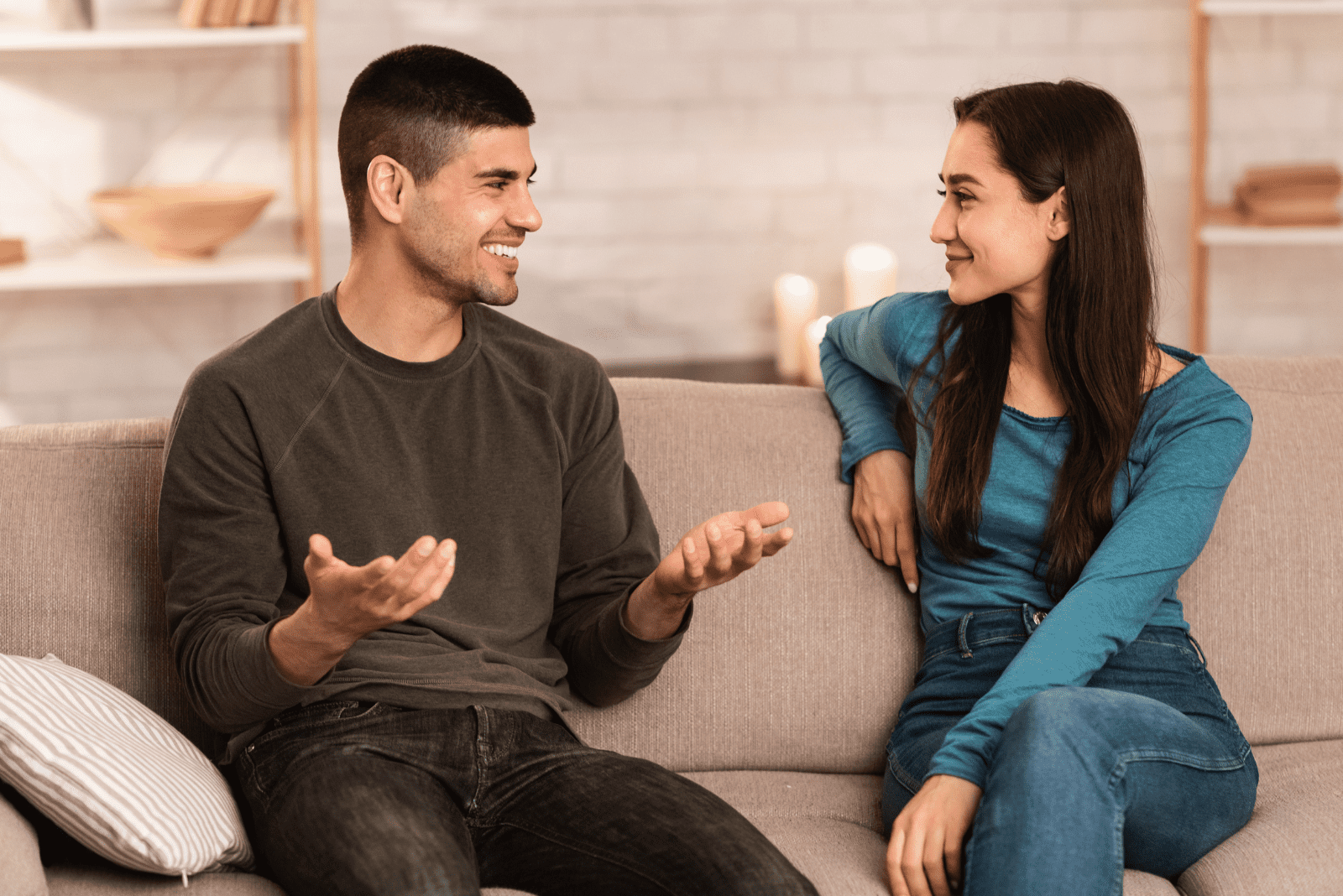 If a man loves every little thing about his significant other, he knows that she’s the right person for him. He chooses to ignore her flaws, and he loves her despite her imperfections.

In his eyes, she’s the most beautiful woman in the world… To him, she’s perfect.

The whole world can stand against her and tell him that she’s not perfect, but he would still believe in what his heart is telling him. That’s the first sign a man knows he has found his life partner.

2. Spending time with her becomes his priority

Before her, he had many other priorities in life. However, after she entered his life, spending time with her became his number one priority.

Even if they’re in a long-distance relationship, it won’t stop him from spending quality time with her. He’ll call her, send her texts, or maybe write her romantic love letters.

No matter how busy his schedule is, he’ll always find time for her because, to him, there is absolutely nothing more important than her. That’s how he knows she is really the one, and that’s also how she knows he really cares about her.

3. He’s aware that there is high compatibility

He doesn’t need a relationship expert to tell him that there is high compatibility between them. It’s clear to them that they have a great connection that has allowed them to bond so strongly in such a short time.

The great compatibility between them allows them to maintain a healthy relationship. This doesn’t mean that everything will be sunshine and roses in their relationship, but they’ll definitely try to make it as best as it can be.

4. He feels like he has known her his entire life 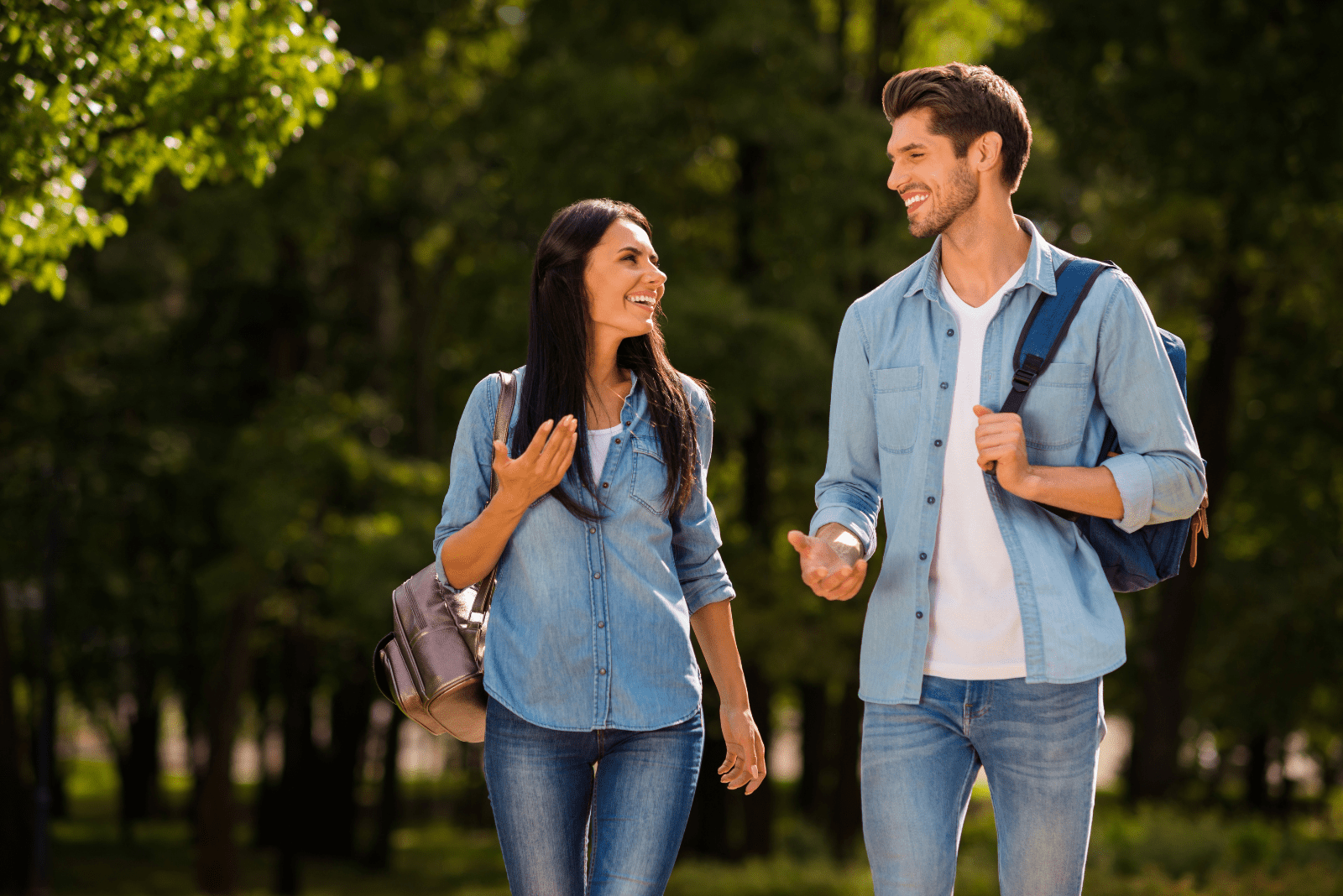 The first time he sees her, he feels a deep connection, and it’s also probably the first time in his life he’s felt something like that. He won’t understand that feeling right away, but he’ll at least be aware of it.

As they continue to spend time together and get to know each other more, he’ll get the feeling he already knows her. This kind of feeling can be terrifying for men, and women should try to understand them.

5. He wants and tries hard to build a long-term relationship with her

It doesn’t have to be love at first sight, but he’ll definitely know from the very start that she is the woman he wants to build a healthy, long-term relationship with.

He’ll make sure they have the right foundation to build this type of relationship. Even though he’s had relationships before, this will be the first one he’ll be sure will last.

6. Doing little things for her that prove he really cares

He catches himself doing romantic, little things for her daily that he never did for any of his ex-girlfriends. It’ll be a good sign for both of them that he really cares for her and thinks she’s the one.

He probably won’t admit it all that easily, but small acts of appreciation like these and his body language will clearly show it.

Maybe he had a rich love life in the past, met many women on dating sites, or had many hookups and one-nights, but he’ll be aware that this relationship is like no other. He’ll feel things he never felt in the past.

This may scare him initially, but he’ll learn to understand this feeling. With time, he’ll understand that it’s only because this time, it’s true love, and everything before that was fake, or it was infatuation, not real love.

8. He accepts compromise on the big things 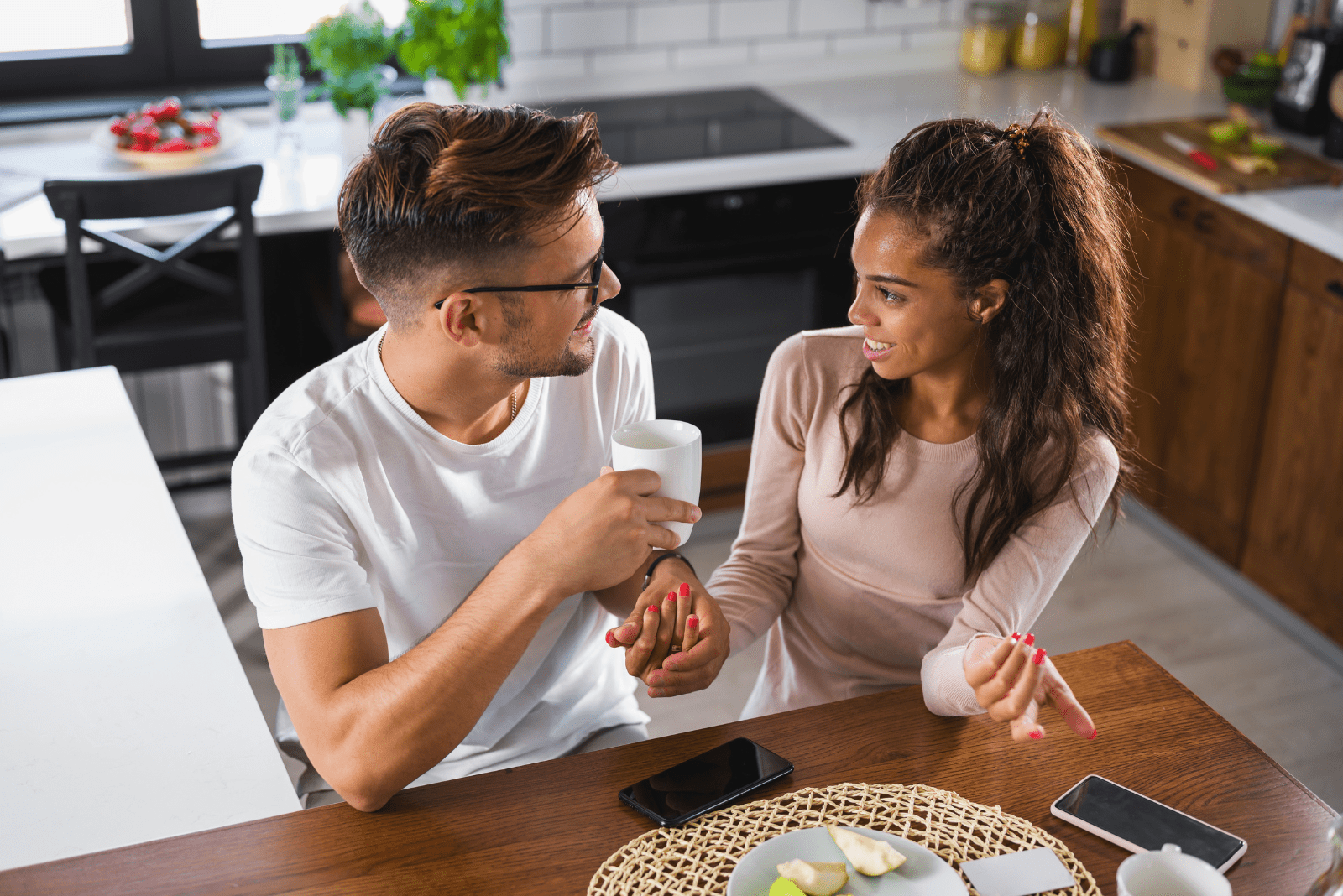 Let’s face it, we all have certain things we say we would never compromise on in a relationship. However, when we fall deeply in love with someone, we immediately change our minds about those things.

If that happens with a man, neither you nor he needs confirmation from a relationship coach, expert, or anyone else… It’s clear that he’s in love and wants to spend his life with his significant other.

He’ll compromise on some things, and he’ll do it only to make his partner happy. If that isn’t a good sign of true love, I don’t know what is then.

9. He works on becoming a better version of himself because of her

When a man is sincerely in love with a woman, he tries to become a better person for her, because of her, and vice versa.

It happens when he’s sure she’s the one, and he wants to spend his life with her. He works on improving himself in every possible way to be a better partner to the woman he loves to create a perfect life for them and their future family.

10. He’s patient and understanding with her needs

Most men say that women are too needy and that it’s just hard to be patient with all of their needs. However, when they fall head over heels for a woman, they’ll be understanding and patient as ‘needy’ as she is.

It’s all because he loves her, and she’s the woman he sees himself with in the future. He’ll be patient around her because losing her is the last thing he wants in this world.

11. He isn’t afraid of being himself around her

When a guy loses his facade around a girl, both he and her should know that it’s because he has met the right person.

If a man doesn’t feel comfortable being himself around his partner, then their relationship is already doomed and most definitely doesn’t have any kind of future.

He wants her to accept him as he is because he wants to spend the rest of his life with her, and he’s aware that he can’t spend his time pretending to be someone else.

12. Losing her becomes his biggest fear 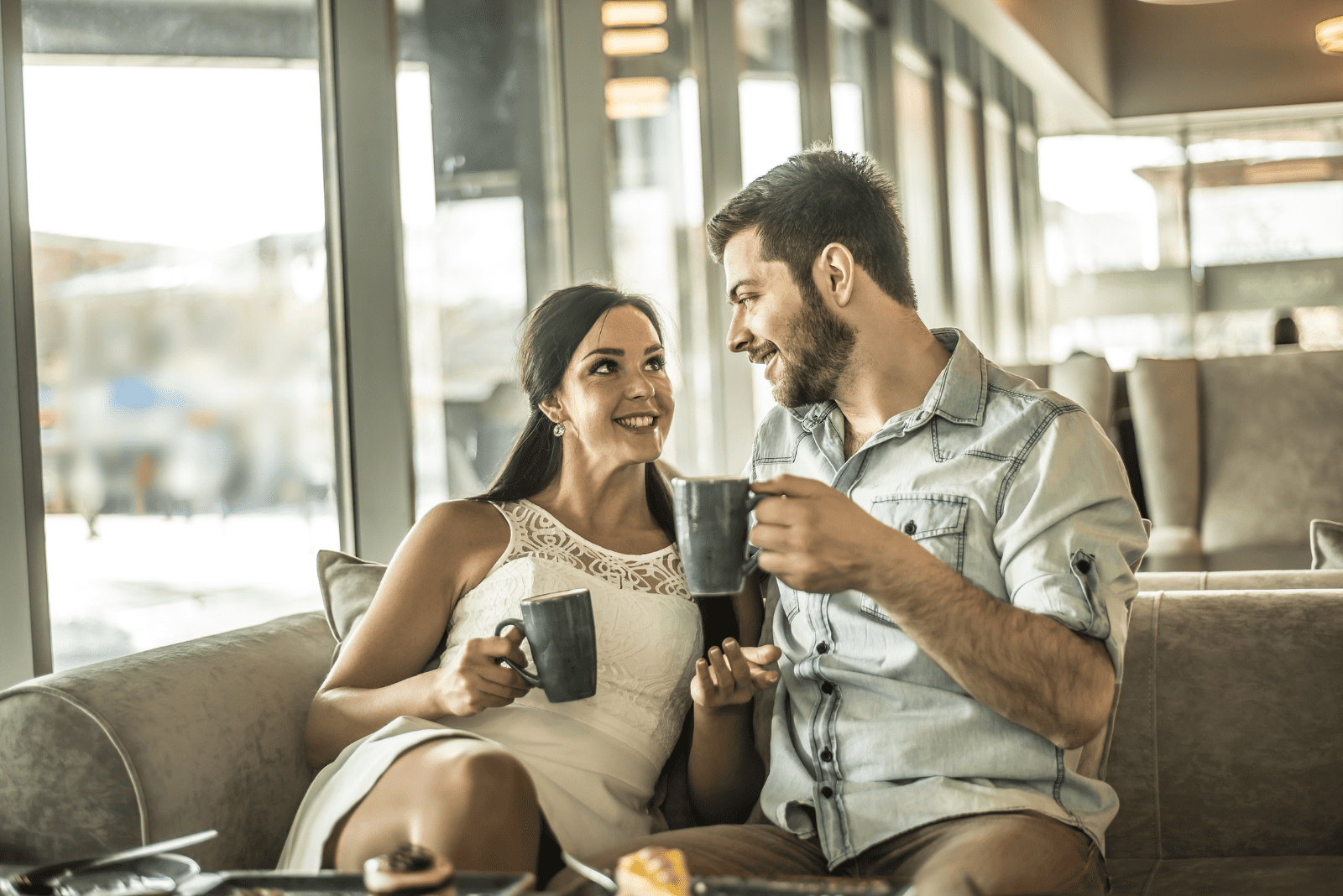 What is the biggest fear someone who is sincerely in love has? Losing their significant other, of course.

Once he realizes that his partner is the one, his behavior will change. It’ll be obvious that he loves her and is afraid of losing her.

That’s the only thing he could never forgive himself for. From that moment on, he’ll become her biggest protector, and he won’t allow anyone to hurt her or make her sad.

13. He meets her with his loved ones

When a man decides to introduce his better half to his family and friends, be sure that he already knows she’s the one. He doesn’t bring every woman he dates or starts seeing to his home, and he most definitely doesn’t introduce every single one of them to those close to him.

He only does this when he is sure that person is his soulmate or if they’re already in a long-term relationship and are planning a future together. That’s why every woman should consider meeting his loved ones a huge stepping stone in the relationship.

14. Also, he’s eager to meet her family and friends

Besides introducing her to his loved ones, he’ll also want to meet the people she cares about the most. He’ll do it because he wants to be included in every part of her life and also because he knows it would mean a lot to her.

Not only will he be eager to meet her loved ones, but he’ll also try very hard to leave a great first impression on her friends and family members. He’ll want them to accept him because that would make his SO incredibly happy.

Very soon, thanks to his efforts, he’ll be welcomed into those closest to her’s inner circle. He’ll want to let her and her loved ones know he really has serious intentions with her.

15. His gut feeling is telling him she’s the one

When a guy meets his soulmate, his gut will also try to warn him about it. It’ll tell him that he has found the right person, and that inner voice will get louder and louder, all in the hopes that he’ll finally hear it.

Unfortunately, most men choose to silence that inner voice because they’re afraid to trust their gut feeling. They’ll want proof and look for signs that might show them if the person they’re dating is really their soulmate.

See also: 3 Ways God Will Reveal The One To You (According To The Bible)

How Soon Does A Guy Know You’re The One? 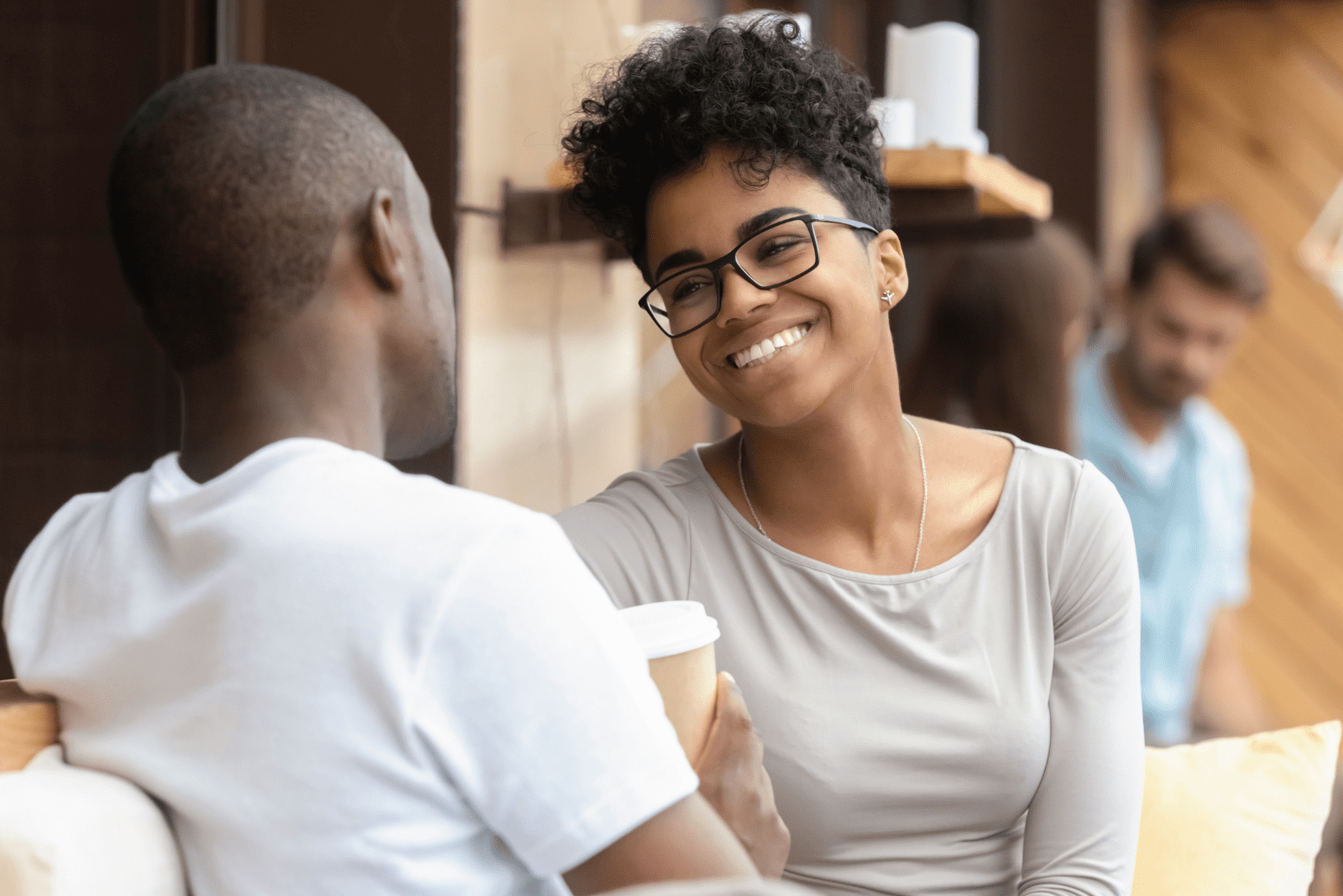 I don’t want to speak about the numbers or look at this only from some kind of scientific standpoint. Research conducted in America showed that it takes up to seven months for a man to know that he has met his soulmate.

However, I can’t fully agree with this because the truth is that men realize it much earlier, but they refuse to accept and admit it. I can’t say they know it at first sight, but if it’s true love, it won’t take 7 months for them to realize it.

A lot of people, both men and women, choose to ignore their gut feeling when it tells them they’re with the right partner. They probably do it out of fear because they know it may change their entire lives.

Gals, men know when they meet the one shortly after the first date, and even though they won’t admit it immediately, they’ll do everything they can to make that relationship work. It’s how you’ll know they know it, and you won’t even need their confession.

As you can see, guys also experience signs when they meet the one. So, the answer to your question, “Do guys know when they’ve met the one?” is yes, they do. However, the fact is that most of them also fail to recognize those signs immediately.

Some guys get blinded by love and firmly believe that they’ve met their soulmate, and later on, when they open their eyes, they realize they were wrong.

Anyway, a guy who instantly realizes these signs is truly very lucky.

In the end, I have relationship advice for every man who reads this… Don’t be afraid to listen and trust your gut feeling more often. 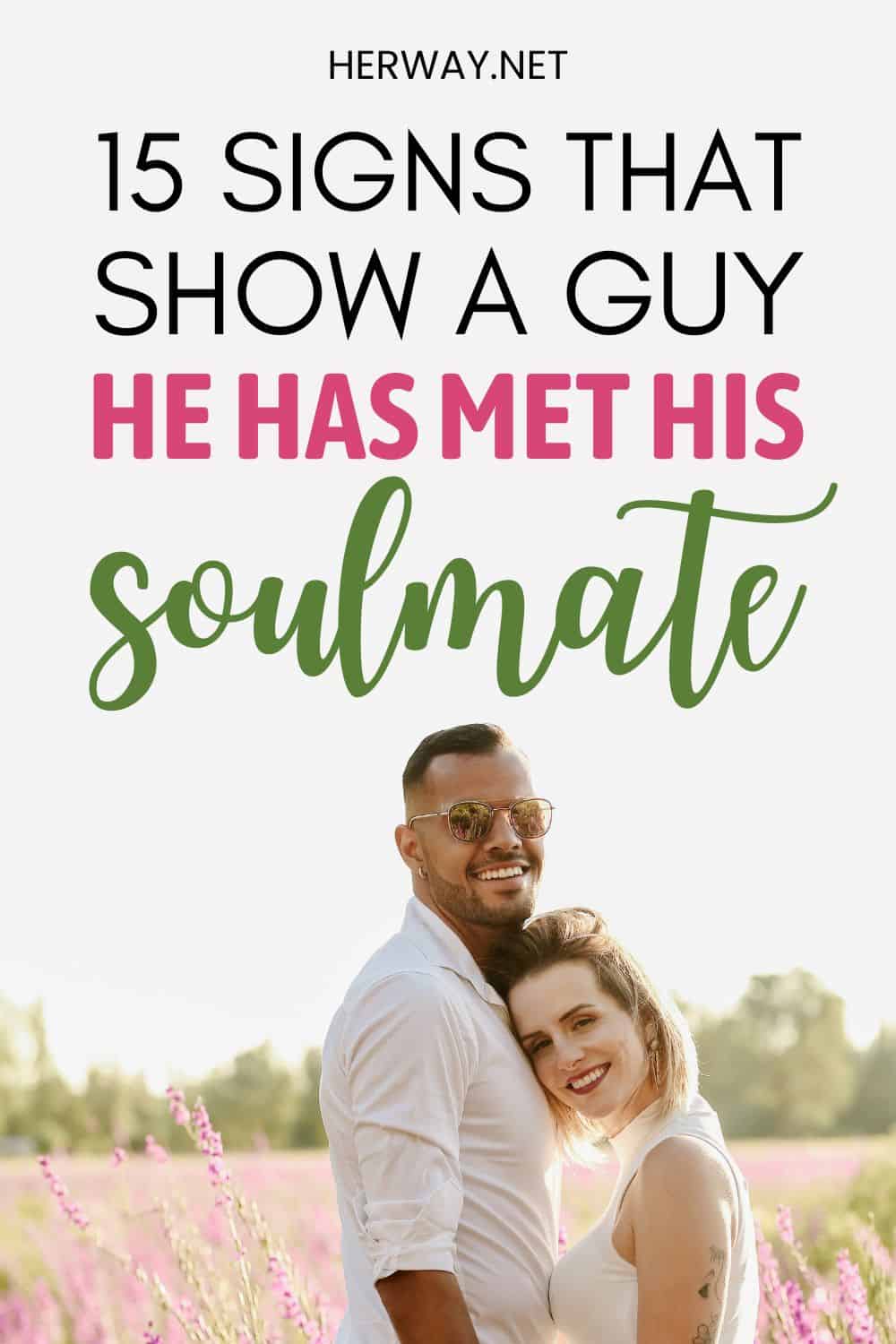