If someone had told me before that no response is a response, my life would be ten times easier and drama-free but I guess learning from your mistakes is the best teaching method.

Now, I want you to be honest with me.

Too many times have you thought that not getting a response meant you’ve done something wrong, right? That you perhaps haven’t been clear enough, that you asked too much, or that you haven’t thought about how they really feel about the matter.

Too many times have you blamed yourself for not knowing how to ask the right questions to get the right answers.

But, the truth is that it wasn’t your fault. You were asking the right questions, and all you got in return was no response.

Or was it so? Perhaps they were answering you all this time, but you simply didn’t listen or couldn’t see it.

Send one text message he’ll have no choice but to respond to – CLICK HERE TO FIND OUT MORE.

Perhaps they were giving you clues that told you how they really feel, but you didn’t want to believe it. You didn’t want to listen to your gut telling you that all this time you had all the answers right in front of you.

Is No Response A Rejection? 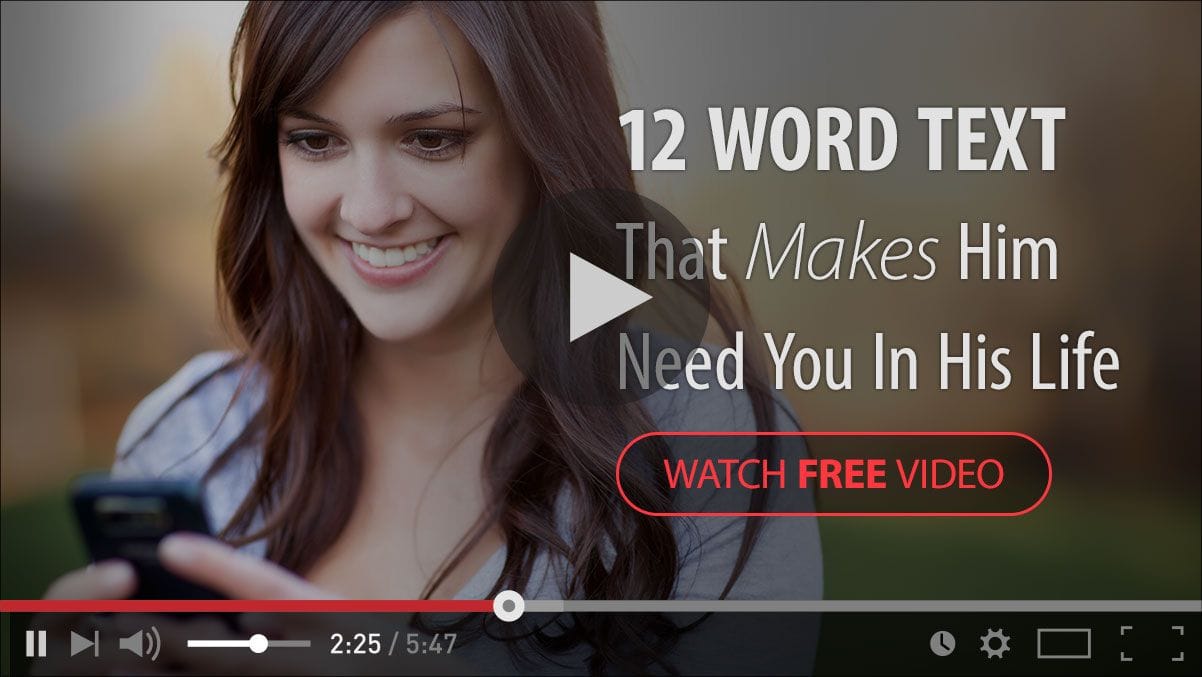 No response doesn’t mean rejection. The absence of a reply is not the same thing as rejection but it still carries a powerful message.

Just because you haven’t received a text or heard a word from them, this doesn’t mean that you haven’t been sent the message.

Lack of response is a powerful response that tells you a lot about a person’s life, their perspective on things, and their intention.

To awaken their interest in you, I strongly recommend you use Text Chemistry, #1 guide in making him fall for you in no time.

Every time a person refuses to utter a single word or write a single letter, they send you a message that they’re not willing to make you a part of their life, not willing to reciprocate, and don’t give a damn how you feel about it.

Every time a person refuses to utter a word or write a letter, they deliberately decide to let you wait in case they change their mind and realize that they should’ve answered you while they could.

Every time a person refuses to respond, they decide to keep all of the unsaid words for themselves.

It’s obvious that they’re not willing to share their thoughts with you.

But, you couldn’t know that when you were looking the person in the eye, or when you were holding your phone filled with hope and excitement that you’ll get a response.

When you thought that you should wait just a little longer or give them another chance because there must be a reason why they haven’t responded yet.

When something like that happens, a million and one questions instantly start running through your head. One of them is the following:

Should You Text Again After No Response? 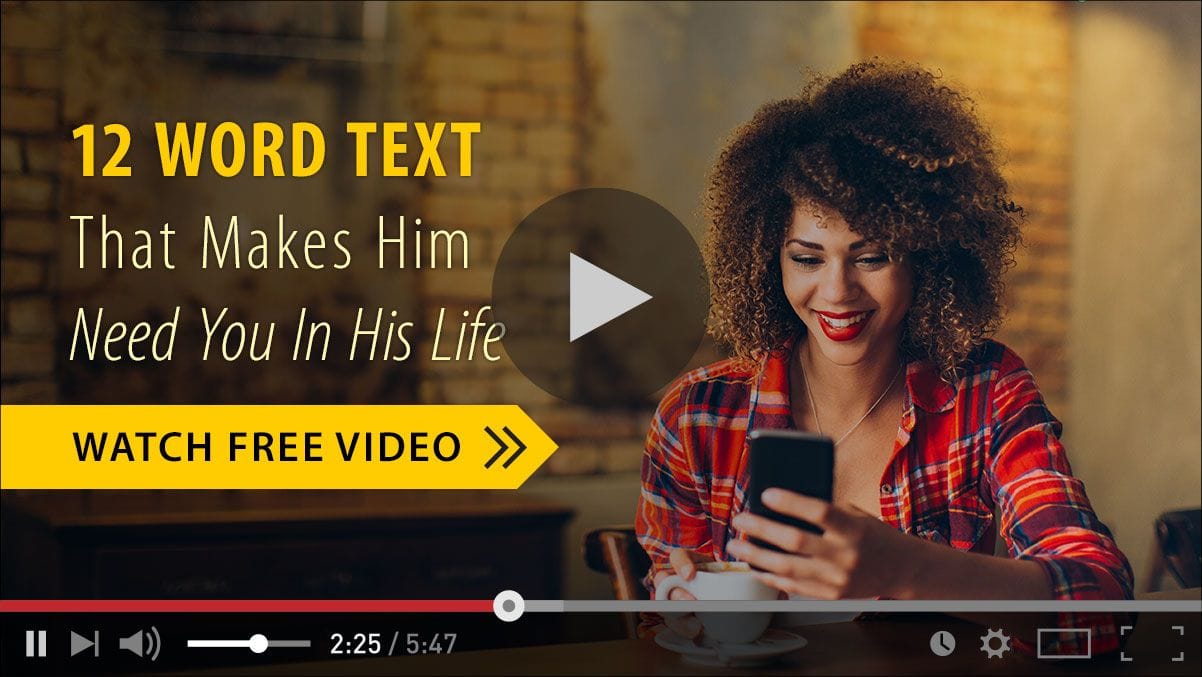 The answer is simple here. If you’ve texted them twice or more than that in the past few days and still haven’t received a response, do yourself a favor and put the phone down. Don’t text again until they text you back.

I understand that no matter how many times you repeat the above sentence, it still doesn’t make sense to you because the irrational part of your brain prevails.

When you really care about receiving someone’s reply, you unquestionably make excuses for their lack of response because back then you didn’t know that by saying nothing, they are actually saying a lot.

All you could hear was that little voice in your head reminding you of that one sentence: “I miss you.”

All you could do was hope that they’d realize their mistake and finally open their eyes to see what you were trying to tell them all this time. But, they didn’t. Instead, they said and wrote nothing.

And no response is a response. Not responding means a lack of interest and lack of will in the first place. Indeed, silence is the best response.

Because silence speaks a thousand words!

Silence tells us what words cannot. Just like a picture, silence speaks a thousand words – all we need to do is listen to it.

Instead of looking for visible answers, you need to learn to listen to the sound of silence!

Because No Response Is A Response! 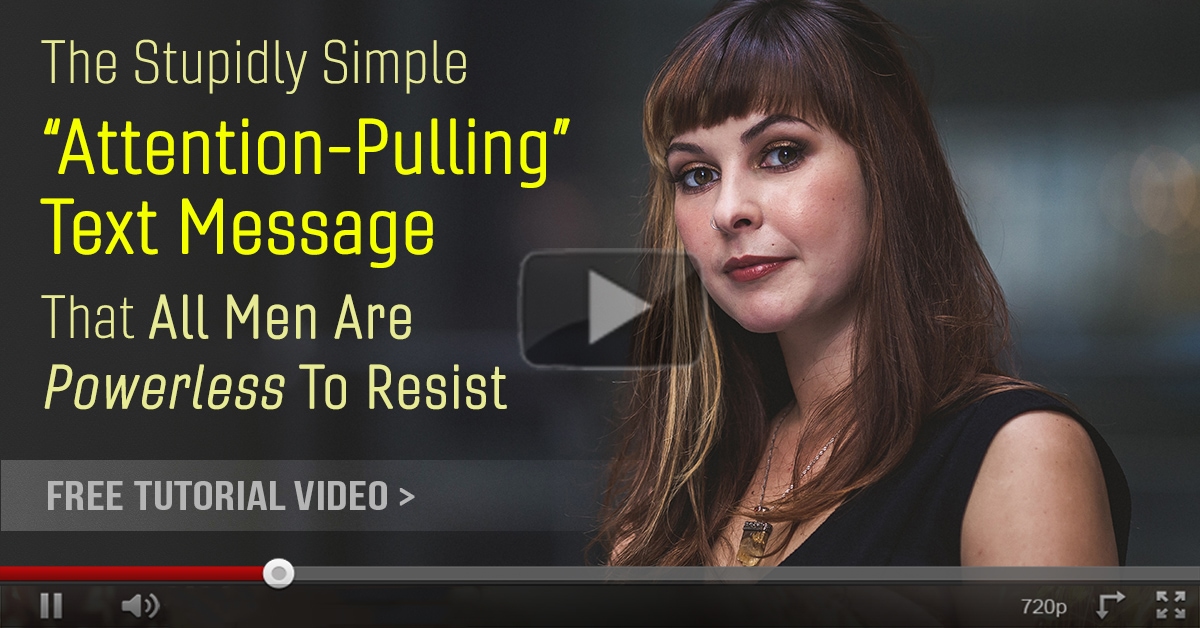 Silence means that they’re cowards who didn’t want to hurt your feelings by saying what they really wanted to say!

If there’s one thing I’ve learned during my humble life, it’s this: Honesty is an expensive gift that you cannot expect from cheap people.

Being honest means sharing important things with the person you care (or don’t care) about. It means having the dignity to say what you really mean and spare the person of unnecessary overthinking and drama.

The reason why they choose to do so is that they don’t want to hurt your feelings, but in reality, they are hurting you ten times more by not saying anything.

And, at the same time, they are telling you ten times more by not saying anything.

Instead of carrying on calling and texting them, expecting voicemails, or social media stalking them and their recent posts, you just need to enjoy the sound of silence and, I assure you, you will learn a lot from it.

In reality, they’re telling you that you’re not worthy of their time and that’s why they don’t bother responding.

Silence means ignoring and ignoring means playing with someone else’s mental health, physical health, and happiness. And no one in the world deserves to feel that way.

No one deserves for their well-being to be influenced by another’s decision to respond.

No response is a response. No response lets you know that they’re not willing to make you their priority or tell you what’s really going on in their life.

And instead of blindly looking for excuses that will justify their behavior, you just need to create a spam folder and name it: People who are not worthy of being in my life.

A lot of times, I witnessed people believing that if they try harder, they might catch the other person’s attention and somehow magically win their heart and make them respond – make them reciprocate.

They think: “They don’t text me back because I’m not good enough. I need to try harder.”

But, this is not true at all. Them not responding means only one thing and that is them not being interested in making you their priority.

Their silence doesn’t imply that there’s something wrong with you. It indicates that it’s not the right time, they don’t feel attraction toward you, or they simply aren’t interested for some reason.

And this reason is not you. No response doesn’t mean that you don’t deserve attention and you’re not worthy of loved one’s and other people’s time.

No response means that they don’t deserve your attention because they’re not appreciating it enough.

What do you say when someone doesn’t reply? 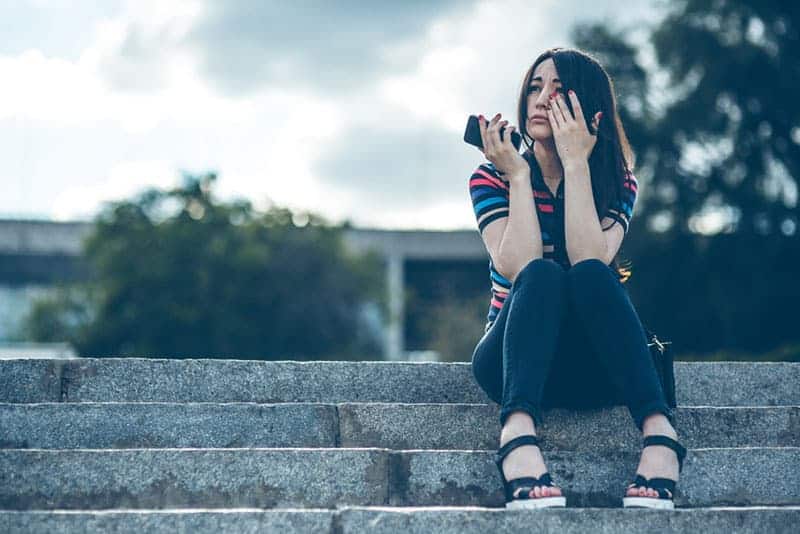 You don’t double-text them. You don’t send them a sarcastic text only to make them laugh and motivate them to text you back. You don’t go out of your way to win their attention. Instead, you focus on yourself.

You don’t say anything to them but you say to yourself the following things:

So, instead of waiting or blaming yourself, listen to the sound of silence telling you that it’s time to move on and give up on fighting for something that simply wasn’t meant to be.

Instead of thinking there’s something wrong with you, you need to gather courage and think about what you really deserve.

Do you think you deserve a person who is not ready or not willing to call you or text you back?

Do you think you deserve to suffer because you don’t deserve better? Think again. And listen to the sound of silence again.

Because you deserve greatness and beyond. You waiting on them to respond is the ultimate sign of your patience, generosity and big heart. And you sure as hell deserve the same in return.

You deserve someone who will be able to notice all these things and be ready to make an effort to respond. To remind you that they’re thinking of you even when they’re in the middle of a hurricane.

You deserve someone who will appreciate your patience, sacrifice, and all the little things you do because you care. A lot. And you deserve to be taken care of in return.

Silence is the absence of investment and reciprocity! 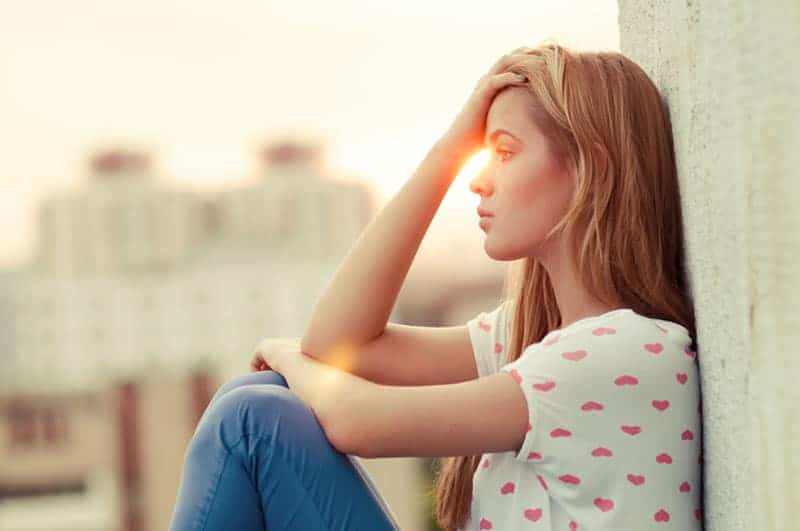 Silence is one of the potential killers of every relationship and friendship. It’s when you look your partner in the eyes and tell them how you feel, expecting the same thing in return, but all you get is no response.

All you get is that torturing silence reminding you of all joyous moments you had or could have. Silence is the absence of investment and reciprocity.

It takes only a few seconds to tell the other person how you really feel and what’s really going on, so when you can’t find time to do it, you’re clearly taking them for granted.

You’re deliberately deciding to invest your time in other things that mean more to you than this person’s feelings.

No response is a response, a powerful one. 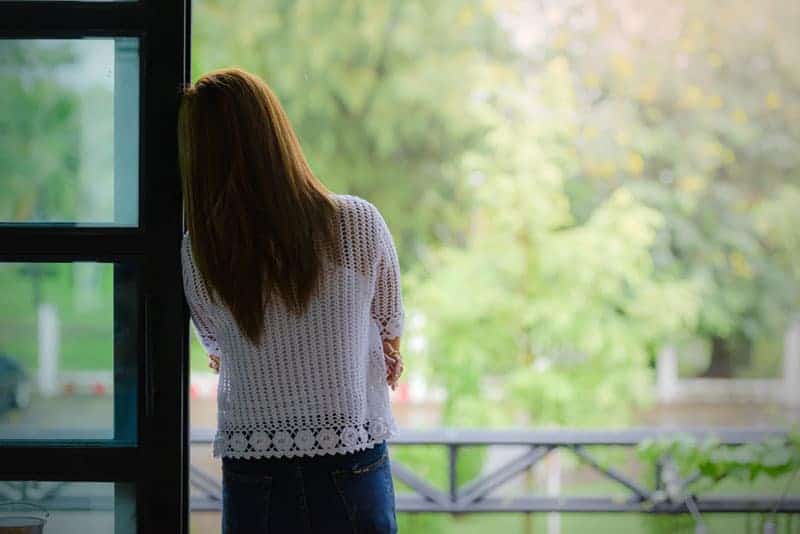 By not responding, they are sending you a message that they’re not willing to invest in your relationship.

Their silence is sending you a message that you shouldn’t wait for them to change. Instead, you should run for your life and never look back!

And that’s why you shouldn’t do it either.

Instead of waiting for something to change, you should be the change. The ignore option is not only available in the virtual, but in real life as well.

You should initiate the change by deciding to open your eyes and realizing that you don’t deserve a “No response” treatment.

Learn to protect yourself from narcissists and other negative people by practicing self-love. Don’t expect their phone calls, texts, or voicemails because time is the greatest resource you have, and also one of the most limited.

Silence means putting another person on hold until a more convenient time! 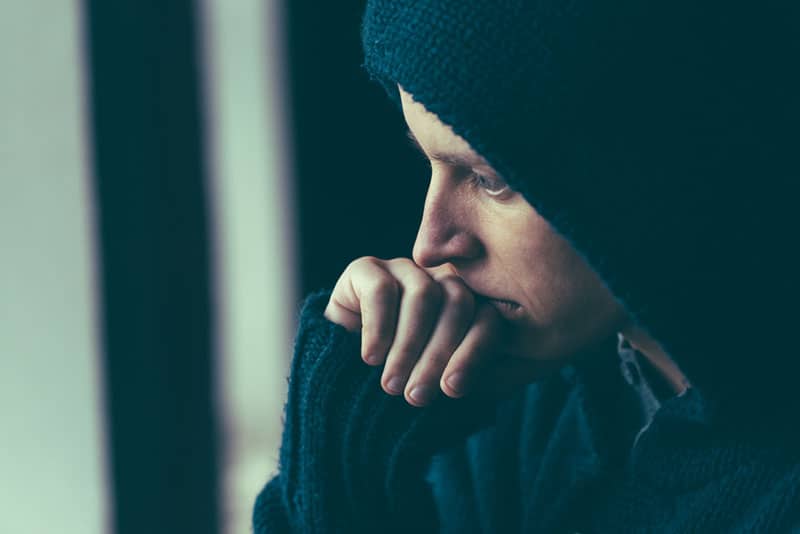 Deciding not to respond translates to deciding to put the other person on hold until a more convenient time comes! Reasons why someone would want to put you on hold vary.

They’re putting you on hold because they don’t want or need you at the moment, but they’re not ready to lose you either.

But, you shouldn’t. If you care about your happiness at all, you should rely on what they’re telling you with their silence instead of their potential words.

What they’re telling you with their silence is that they don’t really care about how you feel. They let you wait just because they know you will.

They put you on hold just because they know you will be there when it’s convenient for them. 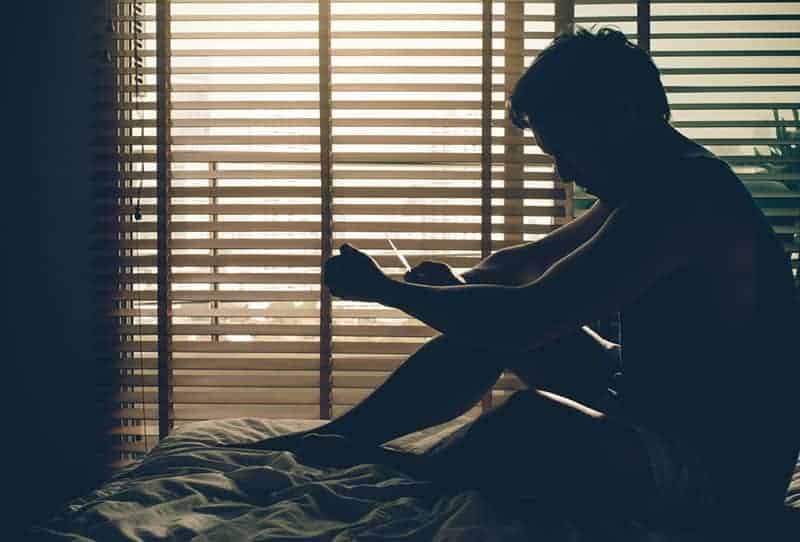 And the worst thing you could do in that situation is to wait and hope that something will change. Because it won’t!

The longer you’re letting them play with your feelings and take you for granted, the longer you’ll feel miserable and unhappy!

The longer you wait for them to respond, the more you prolong your pain!

The longer you accept their toxic treatment, the more they’ll be hurting you.

Open your eyes for the first time in your life and see that no response is a response, and it’s a powerful one!

See also: 7 Shocking Reasons Why We Chase Those We Can’t Have 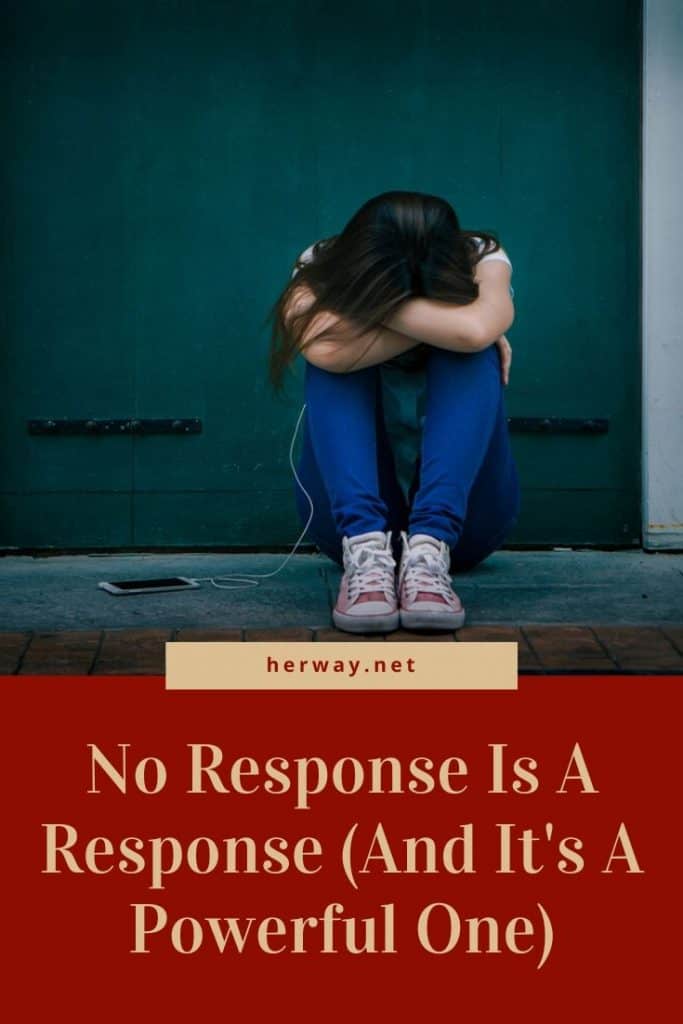