You are, actually, were dating a Taurus lady but she made a decision to end your relationship? Of course, now you wonder how to know when a Taurus woman is done with you for good.

I’ll tell you that and all you need is to stay with me till the end of this article. You may also find out how to win the heart of your Taurean woman back.

However, you shouldn’t be too excited about it because a Taurus woman is one of the most determined females in the horoscope. Once she decides to turn her back on someone, she walks away from that person without even looking back at them ever again.

Contents show
1 When A Taurus Woman Is Done With You: 11 Clear Signs
1.1 1. The brutal indifference is more than obvious
1.2 2. Spending time with you is completely removed from her priority list
1.3 3. Communication is dead
1.4 4. She keeps pushing you away
1.5 5. Everything you do is annoying
1.6 6. She doesn’t feel the need to support you anymore
1.7 7. She goes from generous to selfish lover
1.8 8. She has completely lost interest in being engaged in your life
1.9 9. She’s aggressive all of a sudden
1.10 10. You’re no longer a part of her future
1.11 11. Her main priority is working on herself
2 Taurus Woman Love Life Compatibility
3 How Do I Get My Taurus Woman’s Heart Back?
4 Why Is It So Hard To Date A Taurus Woman?
5 To Wrap It Up

When A Taurus Woman Is Done With You: 11 Clear Signs

If you recognize most of these signs and behavioral patterns with your Taurean lady, you can be sure that she has decided to end your relationship for good.

1. The brutal indifference is more than obvious 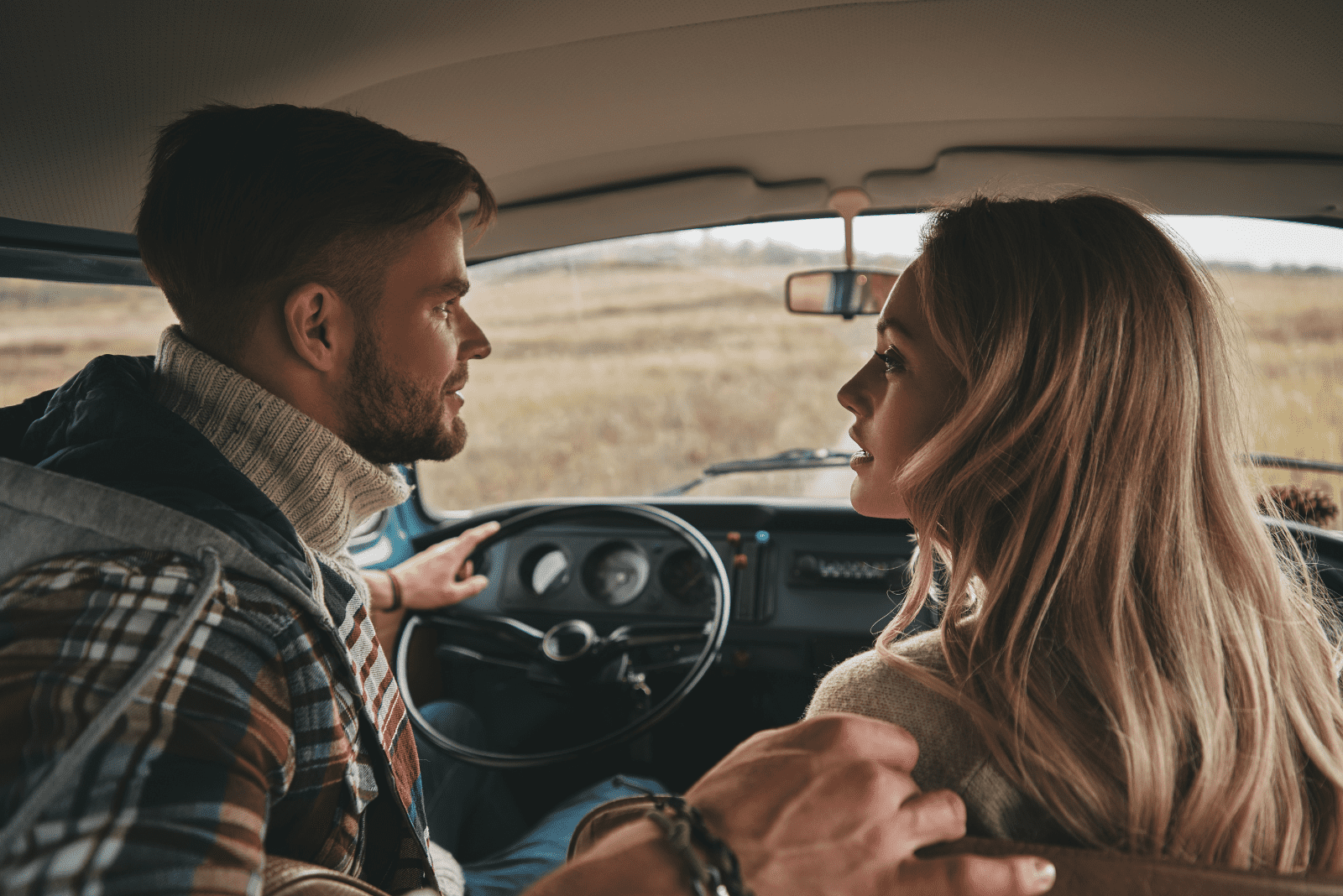 You can never know how a Taurus woman feels if she has been hurt and decided to give up on you because you won’t get any impulsive reactions from her side. She’ll try to be indifferent and no matter what you do, you won’t be able to get through to her.

She’ll let her indifference kill you slowly. Unlike Cancer, Pisces and Scorpio women who can’t control their emotions even when they really want to, a Taurean girl always suppresses and hides her deepest emotions.

She hides them even from herself because she simply doesn’t want to look weak in front of others. She’ll pretend that she’s indifferent, no matter how she truly feels deep down.

2. Spending time with you is completely removed from her priority list

Before this happened, you were spending quality time together on a daily basis, right? Not a day would pass that you don’t see or at least talk to each other?

Well, that was back then, when she cared about you and wanted you in her life. Right now, her priorities have changed and she doesn’t feel the need to spend time with you anymore because she obviously doesn’t want you to be a part of her life.

A healthy relationship is hard work and a female born under this sun sign knows it very well. A Taurus woman will try to establish healthy and strong foundations for her relationship and she’ll always prioritize communication above all of those main relationship foundations.

If she starts avoiding communication, that should be your first huge red flag that something is off.

If she completely shuts herself down, you should prepare yourself for heartbreak because that will be a clear sign she’s done with you for good.

4. She keeps pushing you away

Unlike Aquarius women, who always try to fix their relationship issues by pulling away from their partners, a Taurus lady will never do that. She’ll insist on communicating with her partner until their issues get solved.

If she starts distancing herself and pushing her man away, it’s a sign she no longer cares about him. She has given up on him and their relationship and she is no longer interested in putting effort into making things between them work.

5. Everything you do is annoying 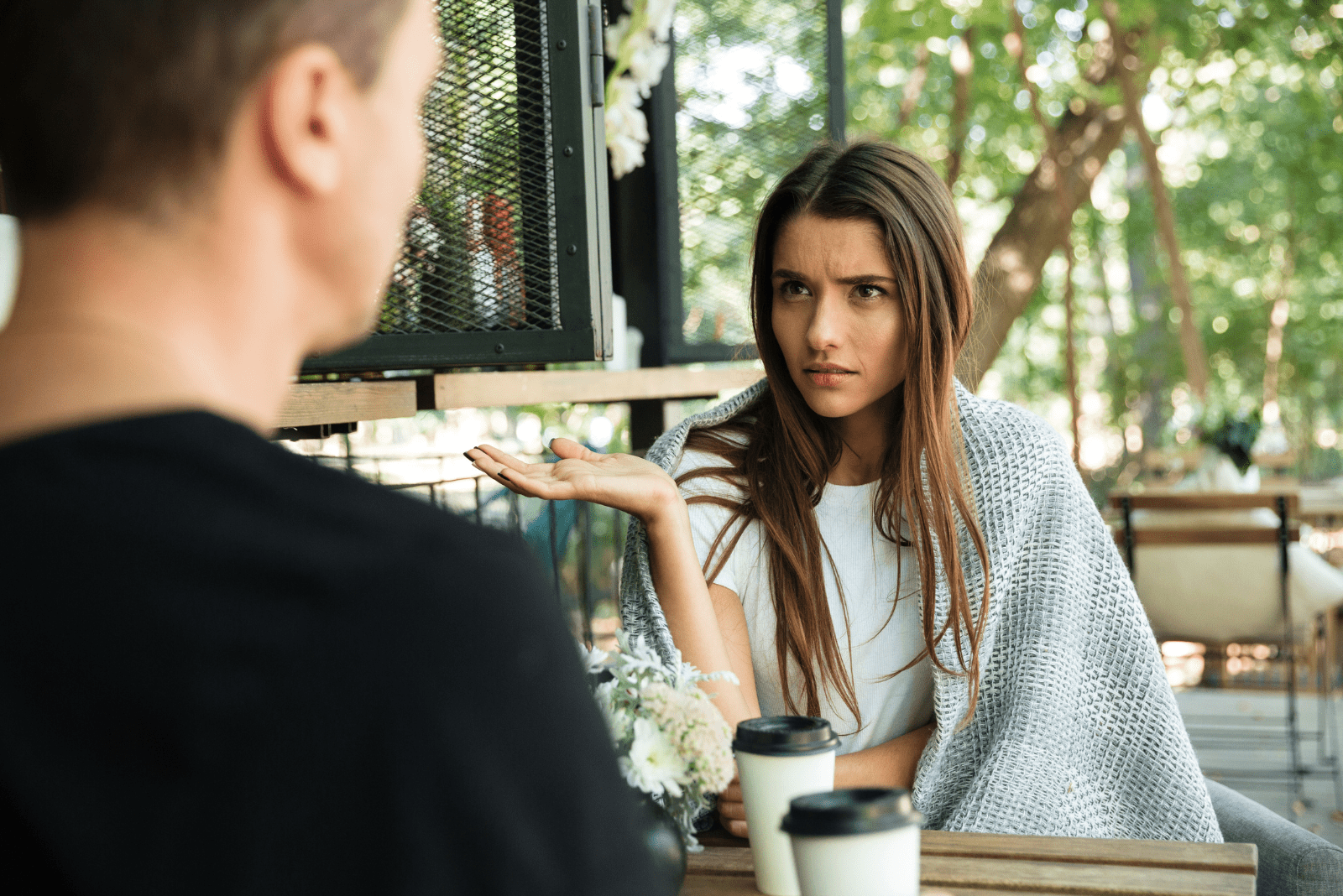 It’s a fact that one of the most significant personality traits of a Taurus woman is that they get easily annoyed. However, she is never that hyper with her loved ones.

The love she feels for her partner makes her patient and teaches her to be more understanding with him. For that reason, if she changes, if she starts showing temper issues, it’s a huge red flag that she’s pulling away from you for good.

6. She doesn’t feel the need to support you anymore

If a woman born under the Taurus zodiac sign doesn’t want to support her partner anymore, it’s because she doesn’t love him. Maybe she does still love him but it’s definitely a sign her feelings have started fading away.

When she’s sincerely in love with a man, she sticks by him no matter what and he has her unlimited support as long as the love she has for him lasts. She is his biggest supporter because she wants to motivate him to be a better man and a better partner.

7. She goes from generous to selfish lover

Taurus people are generally known as very generous, especially those with Venus in Taurus. They care about the little things and once they fall in love, they don’t stop showering their loved ones with affection.

Just like a Leo woman, a Taurean woman also likes to show her love through receiving gifts and acts of service in love languages. Once she stops being affectionate, you should know that it undoubtedly means the love she once had for you, has also stopped.

8. She has completely lost interest in being engaged in your life

A Taurus woman is very similar to a Libra woman because both of these females like to be 100% indulged in their partner’s lives. If they love someone, they’ll want to know everything about them and be completely included in their life.

If they lose that interest, that means they’ve fallen out of love. They’ve simply let go of their partner and they’re letting them live their lives on their own.

9. She’s aggressive all of a sudden

If your Taurus woman acts aggressive or starts exploiting passive-aggressive behavior, it doesn’t just mean that she’s done with you, it also means that she’s very angry at you for some reason.

You should think about your behavior of the last few days and check whether you’ve done something that could make her hate you and break up with you forever. She isn’t like Sagittarius or Aries women who’re always upfront with their partner, no matter what.

She keeps things to herself and lets the other side figure things out from her behavior. So, if you want to know the reason she’s done with you for good, you’ll need to have your own little investigation.

10. You’re no longer a part of her future 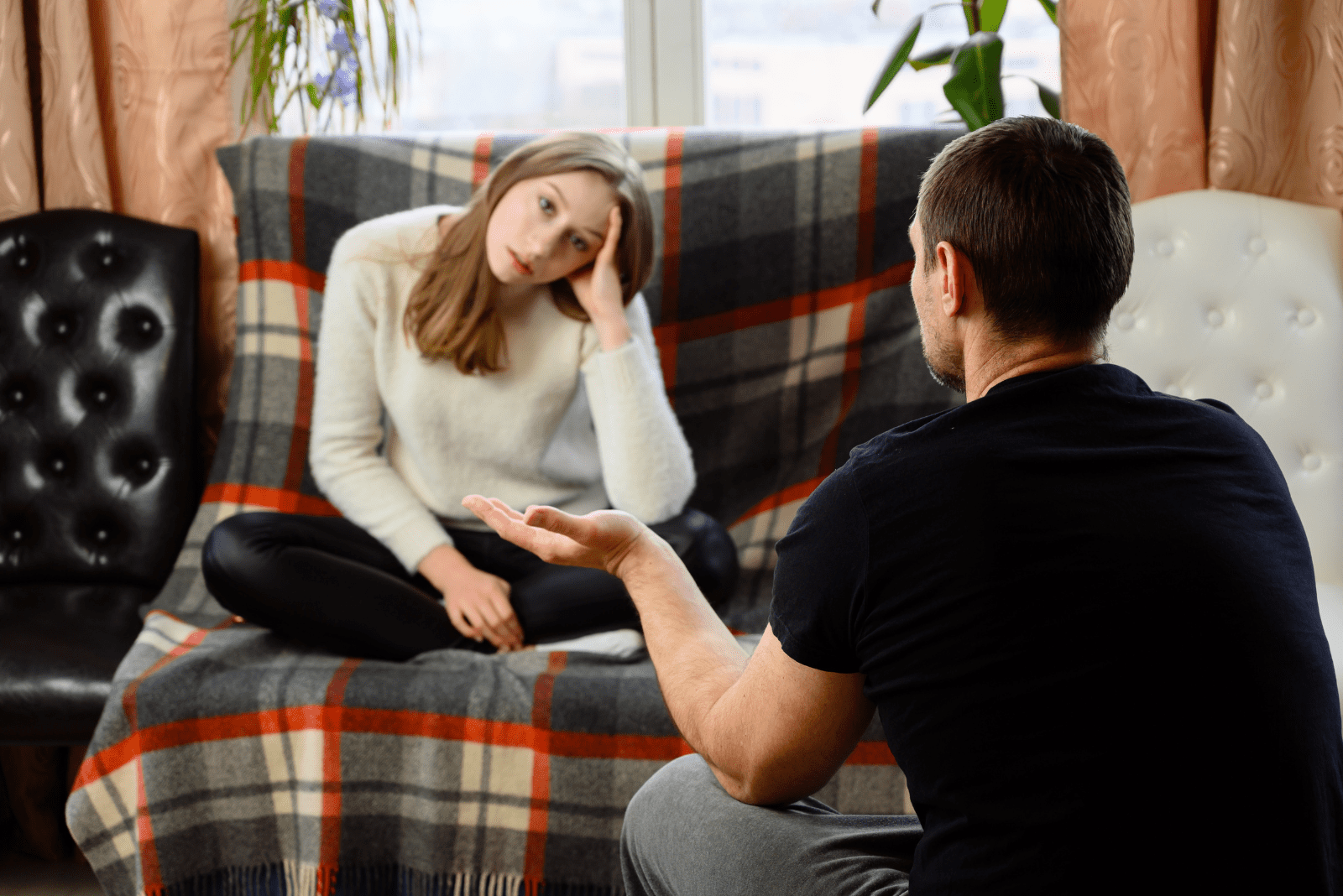 It doesn’t take too long for a Taurean woman to commit to someone. If she’s pleased with how her relationship is being developed and if she has caught feelings for that person, she immediately commits to them.

And she also instantly starts planning her future with that person. As long as that man is a part of her plans for the future, he should feel safe and know that his Taurus lady is planning to stay with him.

11. Her main priority is working on herself

This is the end. The final and most definite sign that can tell you when a Taurus woman is done with you.

If she has started working on herself, you should know that she has already decided to move on. Unlike Taurus men, Taurus females don’t suffer too long after a breakup. They try to put themselves back together as soon as possible and focus on moving forward.

No matter whether they’re dumped or the dumpee, they simply don’t hold on to their broken relationship for too long. They simply turn themselves towards the future and keep walking in that direction. 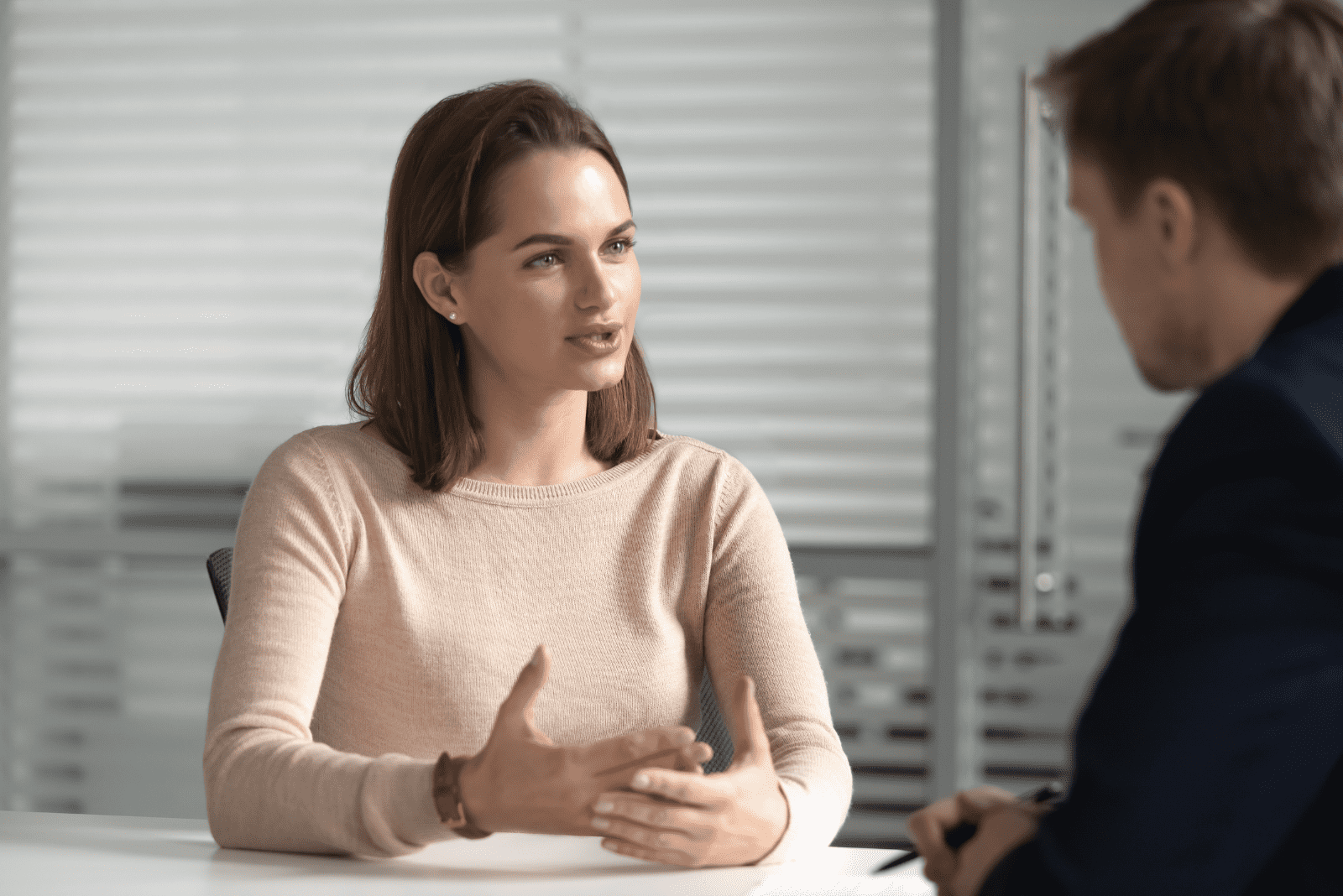 According to astrological love compatibility, Cancer, Capricorn and Pisces men represent the best matches for a Taurus woman.

Also being born in the group of earth signs, Virgo men are great potential matches for Taurus ladies. Leo men, just like Aquarius men, are fixed signs of the zodiac, which is why they have great chances to build a good relationship with Taurus females.

One of the worst matches for a Taurus woman is a Libra man. His indecisiveness drives her crazy and her stubbornness is simply something he wouldn’t be able to deal with.

The same thing is with a Gemini man. These two would hardly be able to form a healthy relationship because they’re simply too incompatible.

How Do I Get My Taurus Woman’s Heart Back?

In order to get a Taurus woman back, you’ll definitely need to work hard to show her that you’ve changed and that you truly care about her with all of your heart.

A Taurus woman likes the persistent and stubborn kind of men, the ones that don’t give up that easily. So, no matter how many rejections you deal with, you shall not give up because that will only show her that you don’t care enough about her.

She won’t fall for sweet words or small acts of affection. You’re dealing with a strong woman here and don’t expect that she can be fooled that easily.

She’ll expect nothing but actions that will stand as solid proof of your words. Coming back to her, begging her for another chance won’t make her chase you immediately.

She’s a very determined woman and once she decides to end something and make someone a part of her past, it’ll be truly hard to change her mind. However, it’s possible, you just need to take it step by step and prove to her that your intentions and feelings are true, clear and strong.

Why Is It So Hard To Date A Taurus Woman?

I would never say it’s hard to date a Taurus lady, let’s rather call it challenging. Women born under this earth sign are possessive, stubborn and independent.

It’s hard for them to settle down with someone, it actually terrifies them because they think it may cost them losing their independence. Even when they decide to commit to someone, they’ll still demand a lot of personal space from their partner.

For that reason, Cancer, Aries and Scorpio men aren’t quite a good match for a Taurus woman.

On the other hand, they’re known as clingy and possessive girlfriends and they like to control their partners. So, if you’re a Sagittarius or Capricorn man, dating a Taurus girl will definitely be a bumpy road for you.

Another common trait of fixed signs is that they don’t like to get out of their comfort zone. You shouldn’t expect your Taurus woman to be too adventurous or to plan some fine dates and trips every time because that is definitely not their thing.

Do you get now when a Taurus woman is done with you forever? According to these signs above, can you tell whether your Taurean girlfriend’s decision to leave you is final or not?

If the answer is yes, all I can say is that I’m deeply sorry because I know how you feel right now. You feel devastated because you think you’ve lost the woman of your life, which doesn’t have to be true at all. And it probably isn’t, because if she truly is your soulmate, you would never lose her.

If the answer is no, if her decision is still not final, then go and try to fix things. Win her over again because if you lose her now, you’ll never be able to get her back. Once a Taurus woman is gone, she’s gone forever…