You keep fighting with your spouse, boyfriend, girlfriend, or family member. They apologize for their behavior all the time. But nothing ever changes. Who doesn’t hate manipulative apologies? I mean, an apology without change is manipulation, and that is clear.

This apology is a form of manipulation because it does not change the behavior that caused harm. It is a way to make the person who was harmed feel better without actually doing anything to fix the problem.

I have a list of reasons why when someone apologizes but keeps doing it is, in fact, manipulation. They never even had the intention to change anything. At the end of the day, all they want is for you to stay under their influence.

9 Ways An Apology Without Change Is Manipulation

Here is why a manipulative apology is the same as manipulation: 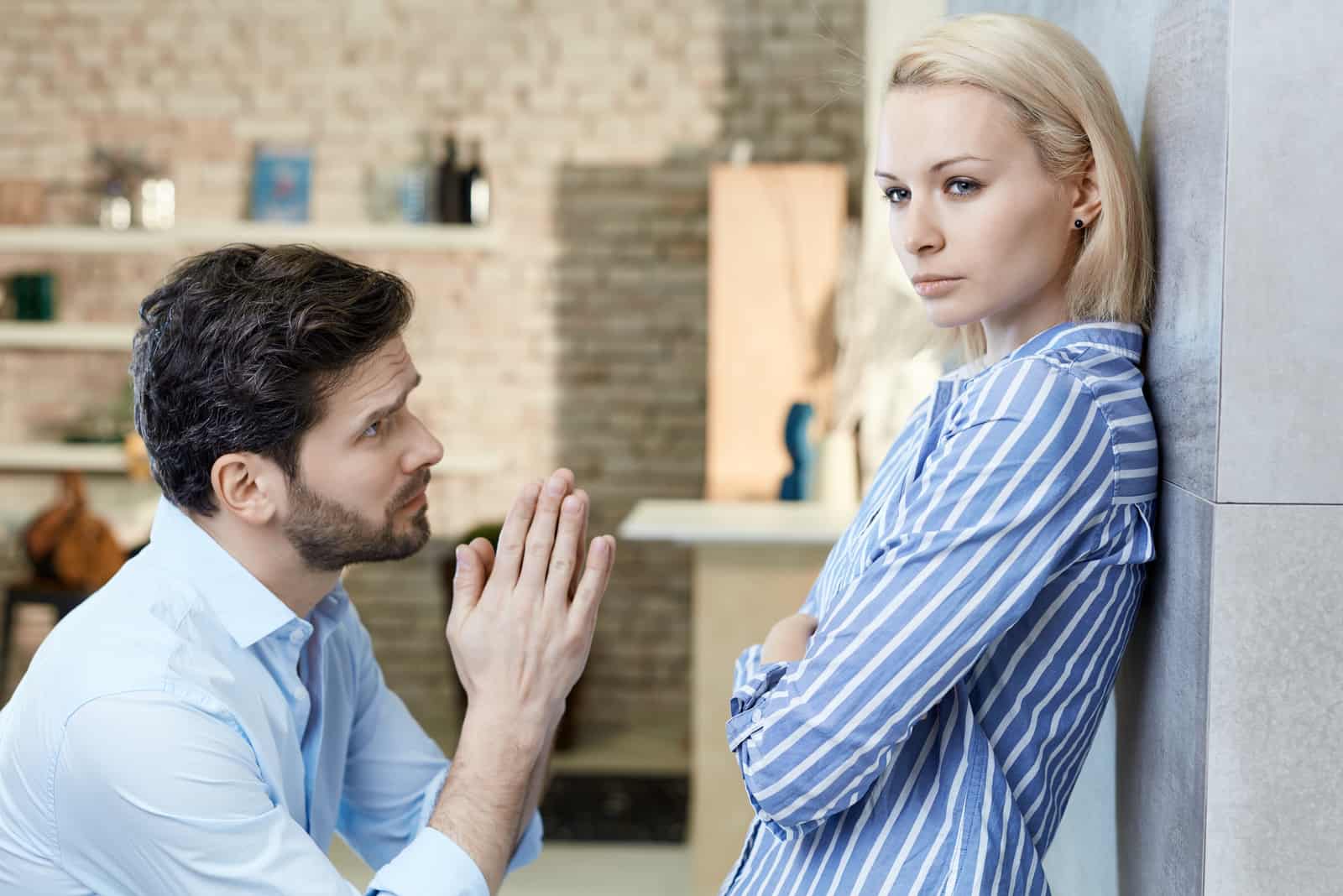 This is a surefire tactic of an abuser! His apology is, in fact, just a sentence where he blames you for everything. For example, they might say, “I’m sorry you feel that way” or “I’m sorry I hurt your feelings.”

This type of apology is manipulative because it shifts the blame to you instead of them taking responsibility for their actions. Remember, regardless of the person: An apology without change is manipulation!

This is their last resort. One person like this has low self-esteem and can’t live their life without you. They will say sorry and try to make you feel guilty for even wanting to leave them. They will use any means necessary to keep you in the relationship.

3. I can’t live without you apology

They will say sorry and mean it, but then they will go on to say that you should stay with them. They might feel like you owe them for the pain or hurt that you’ve caused. In fact, this person will never change.

Disclaimer: They are codependent! Apologies without change are a way for the manipulator to keep control over their partner and make sure that they are not alone.

They are trying to guilt you into forgiving them. They will do anything to get your forgiveness, but in the end, they will continue to do what they have been doing. This type of apology is not genuine – it is just a way for them to get what they want.

This is when someone says they will do something for you, but only for you. Of course, it is not in their best interest to do so. They still proceed with the name-calling and pushing your boundaries. This is no apology. It’s just manipulation.

5. An eye for an eye apology 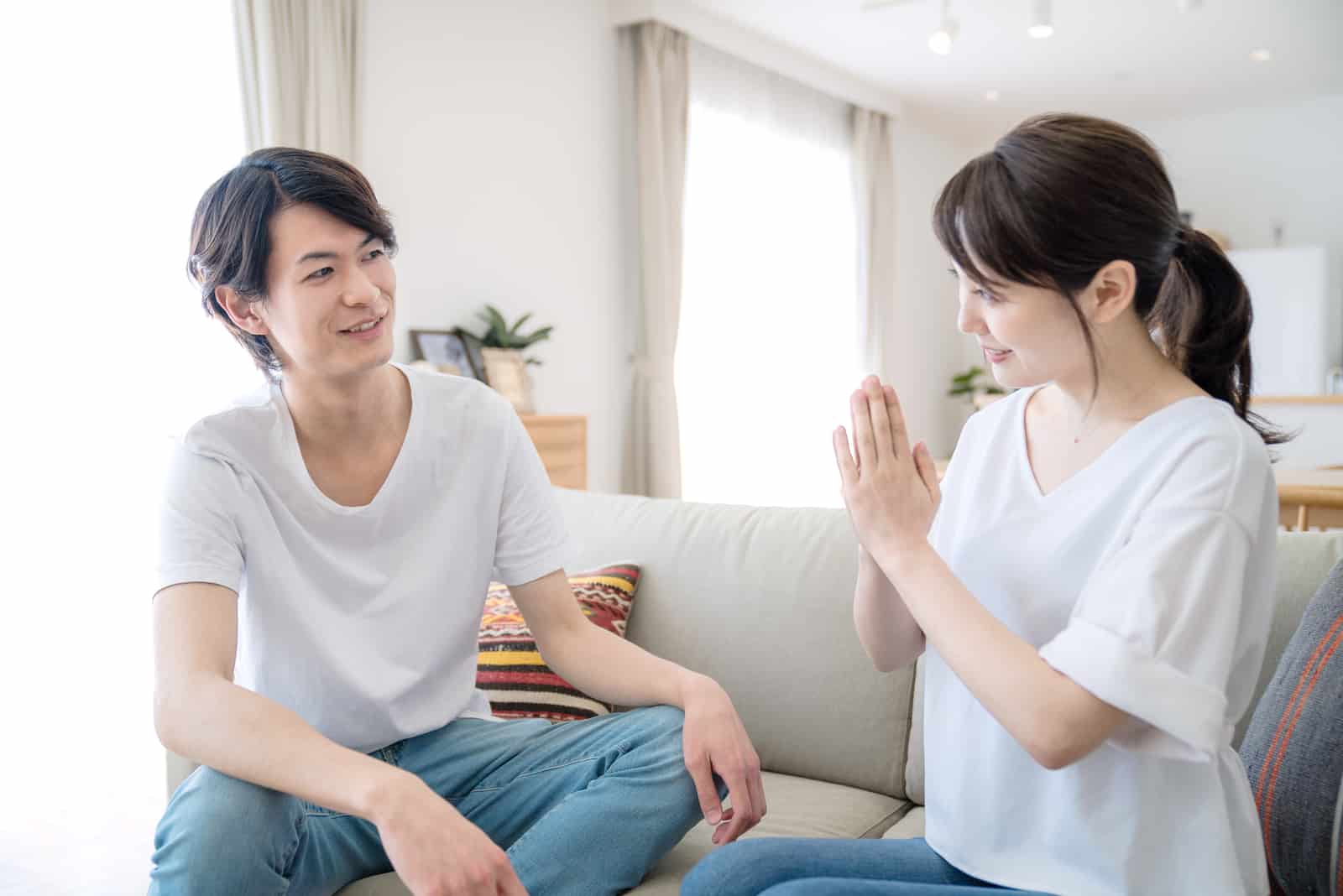 One of my favorite gaslighting phrases is stuff like: “I’ll say sorry if you do this and this.” It is a manipulative apology where the person apologizes to gain something from the other person.

For example, a person might apologize to a friend who has been hurt by their actions to stop the friend from confronting them about what happened. They have no intention of making things better!

Just like the above type of apology, this one sounds like this: “I’ll apologize if you apologize too.” For what should you apologize? For having feelings and acting on them? Never apologize for these requests. Yes, these are requests, not apologies.

This type of apology can be seen as manipulative because it causes the other person to feel sorry for the one apologizing, and this guilt can be used to get what they want from them.

7. I am the victim here apology

It is not an apology offered with the intent of seeking forgiveness or making amends. Instead, it is a form of manipulation in which the perpetrator tries to shift the blame onto themselves and away from the victim.

This type of manipulative apology often includes phrases like: “I’m sorry you feel that way” or “I’m sorry you feel so attacked.” This person may also offer an explanation for their behavior rather than taking responsibility for what they did. Somehow, this is your fault too.

These apologies without changed behavior have only one goal: For you and them to end the discussion. They offer no will for change or actually being sorry. They just want you to shut up.

This is not an honest apology. A manipulative apology can be used to manipulate the other person into feeling sorry for them or to get you to do something for them.

The shallow person that makes these apologies is just plain insincere. Who makes a half-hearted apology that doesn’t carry any real sense of remorse?

Changed Behavior Is The Best Apology 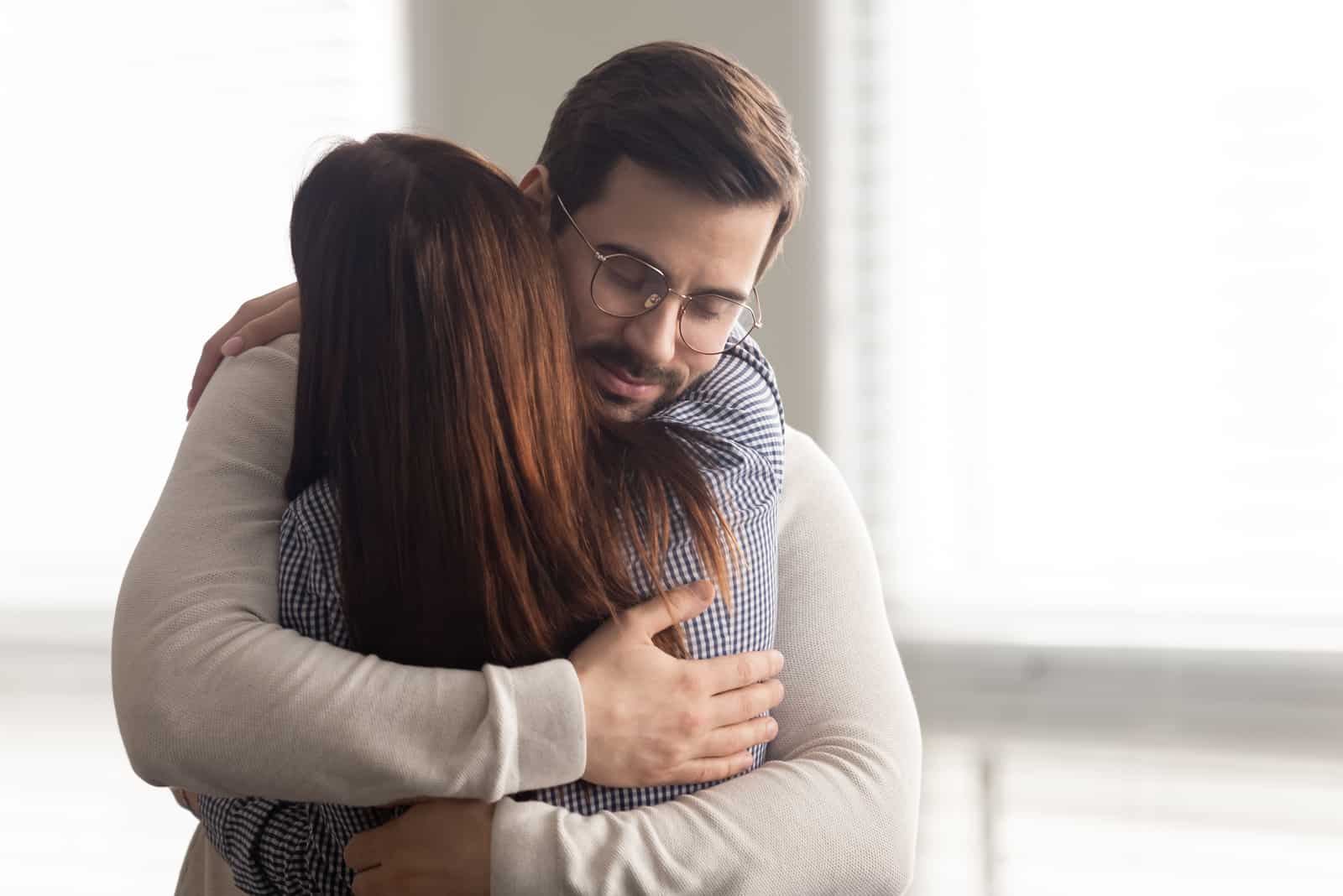 Apologizing is one of the most difficult things to do. It is even more difficult when you have done something wrong, and the person you wronged does not know you are sorry. But what if apologizing was as easy as changing your behavior?

Remember, saying sorry without change is manipulation, and I am sure this isn’t the first time you’ve heard this. Everything else is just them being a bad person and being insincere with your loved ones. For you, this means you are seeing red flags of the manipulator being a narcissist or gaslighting you.

We live in a world where words are very powerful and can be used to hurt or heal. If we change our behaviors, then we are making a silent apology that is just as powerful as an apology with words.

Changing our behaviors can be the best way to apologize because it shows that we understand what we did wrong and how it affected the other person. It also shows them that we want to change for the better so that this does not happen again in the future.

Therefore, when you are ready for a real apology, make sure you reach out to the manipulative person and tell them how you feel about their apology. Don’t be afraid of this confrontation. It will help you get your self-esteem back!

Next up are a few examples of manipulative and toxic apologies in the form of quotes, so you know what to look out for:

• “Sorry, I didn’t know you were so emotional.”

• “I’m the worst girlfriend/boyfriend ever!”

• “I am sorry you caught me stealing.”

• “I am so sorry you caught me cheating. If you were hotter, I wouldn’t have done it.”

A self-serving apology is an attempt to manipulate someone into feeling sorry for you and giving you something that you want.

It is often used when someone has done something bad or wrong and wants to avoid punishment or blame. Once you hear any of these apologies, it’s time to walk away or set boundaries and focus on your self-worth!

How To Respond To A Manipulative Apology 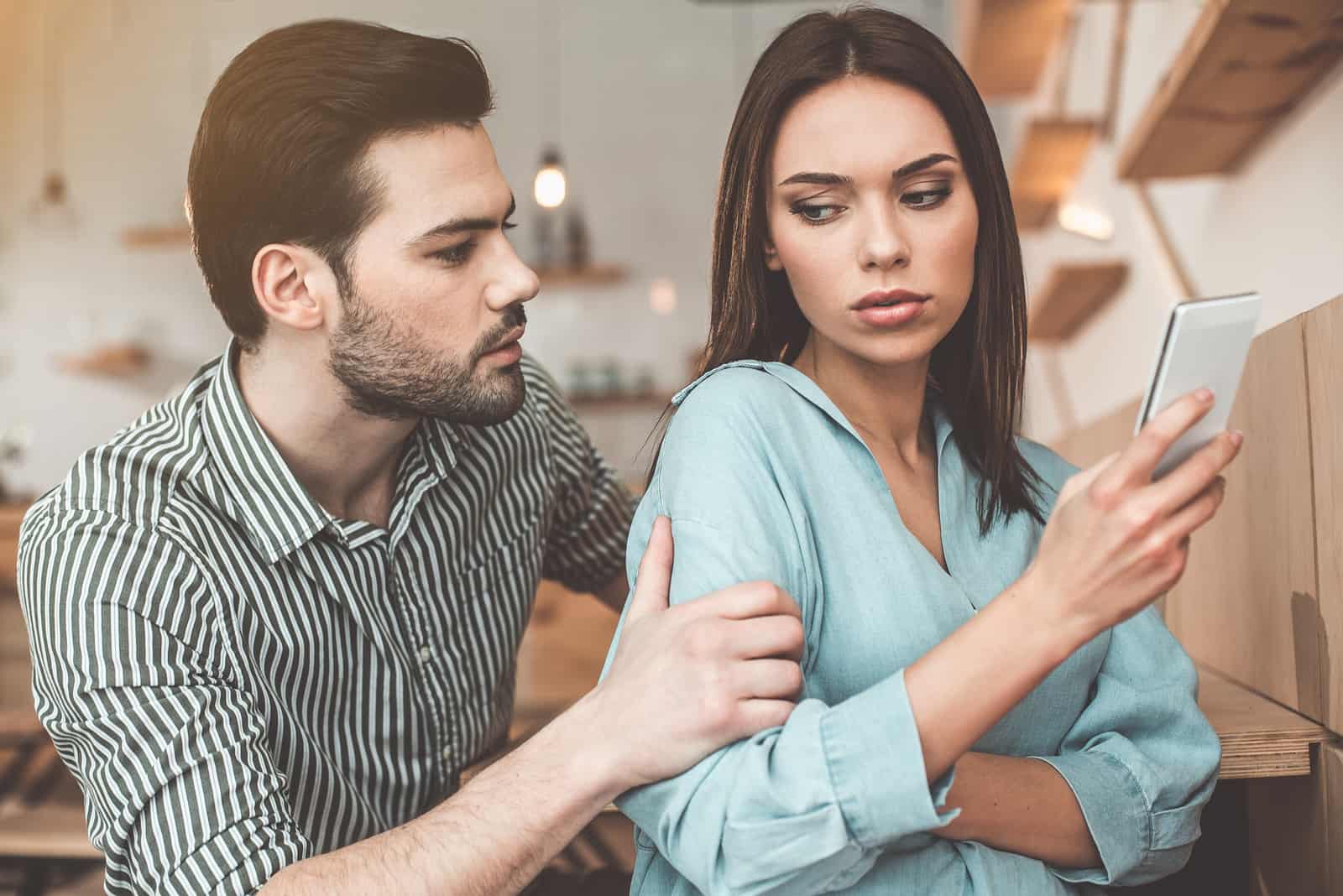 The best response to a manipulative apology is no response at all. You should ignore the manipulation and focus on your own needs instead of feeling sorry (or any other feeling, for that matter) for the manipulator.

Manipulative apologies are often given after someone has done something wrong and they want to get out of the situation. They may say sorry and then continue with their bad behavior.

To respond to a manipulative apology, it is important to set boundaries and express your feelings in an assertive way. You should also make sure that you don’t take any responsibility for what the other person did wrong.

A manipulative apology is a way of trying to make the victim feel guilty. The manipulator apologizes for something they have done, but their apology is insincere, and they have ulterior motives.

The victim may feel sorry for the manipulator and try to help them out, or they may feel angry and want to punish them.

How To Spot An Emotionally Manipulative Apology

An emotionally manipulative apology is one that is designed to elicit a specific response from the person receiving it. It can be used as an attempt to manipulate the other person into forgiving or forgetting the mistake that was committed.

This can be done by making the apology too perfect, too late, or by not taking responsibility for their actions. They may also use phrases that sound like they are asking for forgiveness but are actually making excuses.

An emotionally manipulative apology often has a lot of words and feels very sincere on the surface, but if you look closely, it’s easy to see how they are trying to manipulate you and make you feel sorry for them.

The key to a good, effective apology is to be apologetic without being manipulative. You need to get in touch with your feelings, as well as not look at them as the last resort you have.

The first step in the process of apologizing is to admit that you have done something wrong. The second step is to take responsibility for your actions and apologize for them. The third step is to make a commitment not to do it again.

If you are not willing to take these three steps, then an apology will be meaningless. Remember this and that an apology without change is manipulation!