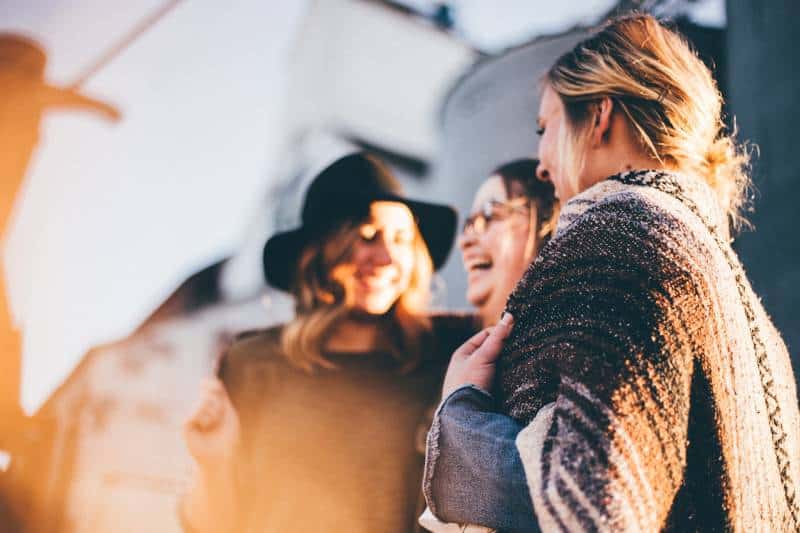 If you’ve ever observed wolves or just taken your dog for a walk and paid close attention to those of his kind, you’ll have noticed that every animal has its place in the pack.

There are usually two wolves or dogs who lead the entire group and who are always at the head.

They are followed by other members who wait for their orders and who appear to listen to them blindly. Well, we are not so much different from the animal kingdom.

Humans, both men and women, can also be divided into some main categories, even though in our world, everything is way more complex and complicated than among animals.

Looking at things superficially, all of us can be characterized as an Alpha, Beta or Omega.

However, in reality, things aren’t that simple because most people are actually a mix of these categories and because one’s type can change during their lifetime or due to some circumstances.

Nevertheless, there are some basic differences between an Alpha, a Beta and an Omega female which can help you determine the category you belong to. Here are 9 of them.

1. Alpha females are independent and dominant

Out of all these types of women, an Alpha female is always the first one to be noticed.

When in a group of people, the Alpha female will always stand out and have most eyes on her.

This is the type of girl who doesn’t mind being the center of attention and enjoys the fact that people admire her.

An Alpha woman is anything but submissive. Instead, she is a born leader of the pack.

It doesn’t matter who she is surrounded by, this woman is never afraid to take matters into her own hands.

Her opinion is always respected and the people around her have a tendency of doing what she tells them to do.

These girls have this unexplainable charisma that works like a magnet which draws everyone to them.

This is a bossy, fiercely independent woman who has her own goals and she won’t stop until she accomplishes them.

This is the type of girl who never gives up, a girl who knows what she wants and isn’t afraid to get it.

Even though most people assume that an Alpha and a Beta female are completely opposite to one another, the truth is quite different.

A Beta female actually shares many personality traits with an Alpha woman—she is also fierce and sharp-minded but often lacks the confidence to take over the leadership position.

In contrast to Alphas, a Beta female usually struggles with deeply-rooted insecurities which don’t allow her to reach her full potential.

This is not something you see at first glance but they are known as women who doubt themselves, question their worth and wonder if they’re enough all the time.

Competing to win is rarely this woman’s primary goal because a Beta female doesn’t seek public approval or admiration for her accomplishments.

The truth is that most Betas actually rule from the shadows. While Alpha women are likely to be career-oriented, a Beta female will prefer taking care of the family or the household.

If you belong to this type of woman, you are not submissive but you don’t mind being guided by others.

Following someone else’s lead doesn’t make you feel threatened or endangered and it’s not something that will hurt your ego.

3. Omega women are the biggest empaths

When it comes to Omega women, two of their most recognizable characteristics are their sensitivity and kindness.

Don’t get me wrong—this doesn’t mean that you can take advantage of these women or play with them any way you like; it just means that they are the biggest empaths of all types of women.

An Omega female has the ability to understand people’s emotions and viewpoints.

She is the trustworthy one, the one who never judges and the one people go to for advice.

If you belong to this type, you are known as the peacemaker and the mother of the group.

The one who takes care of the ones important to you and the one who has the ability to love unconditionally.

The same goes for your friends, family members and romantic partners—you are the one they can count on, the one who they know will never betray them or turn her back on them.

People around you consider you their rock, safe haven and the wind beneath their wings.

Even though you might appear as a submissive one, the truth is that both Alphas and Betas depend on you, without any of you being aware of it. 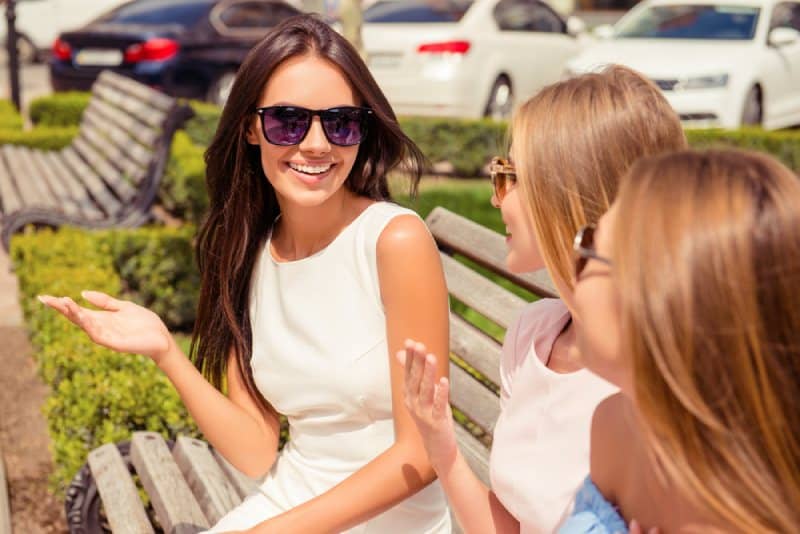 Alpha women are the most extroverted women of all the types. They are outgoing, love a crowd and never have trouble fitting in with a new group of people.

These are the women who are considered to be adventurous and fun to be around.

The ones you’ll never be bored next to and the ones who have the ability to make every day significant and worth remembering.

Contrary to an Alpha woman, a Beta female is known to be a quiet introvert, especially to those who don’t know her. This is the type of guarded girl who doesn’t let just anyone in.

Instead, she has pretty high walls around her heart and one has to be quite special to even get an opportunity to tear them down.

Being an empath, she has the ability to see through people so if you plan on tricking this girl or pretending to be someone you are not, think again because I can assure you that you won’t succeed.

A Beta female is an overthinker and analyzes every word before she says it out loud.

Nevertheless, this doesn’t in any way mean that she doesn’t have an opinion of her own or that she won’t stand up to anyone who doesn’t respect her enough.

Similar to a Beta female, an Omega woman also has an introverted mind and limited social skills.

They are usually the weird ones and the ones who stand out from the crowd. This is a girl who doesn’t socialize much.

Instead, she usually has a small circle of friends whom she trusts unconditionally and whom she can always rely on.

She is someone who prefers having one or two best friends who are like family to her over being a social butterfly or having numerous acquaintances who mean nothing to her.

7. Alpha females listen to their reason more than their emotions

Most men are intimidated by Alpha females because they know exactly how much they deserve and aren’t ready to settle for less.

They are called too picky and too demanding and they are accused of having overly high standards.

However, the truth about this kind of woman is that she knows how to love but isn’t ready to sacrifice herself for the sake of her emotions.

This woman doesn’t repress her emotions but doesn’t put them in front of her reason either.

When it comes to romantic relationships, an Alpha girl is strong enough to walk away from a man she deeply cares about the moment she realizes he isn’t treating her right or once she sees that he isn’t the right guy for her.

This is a woman who knows her worth and will never allow the man she loves to put her down or abuse her in any way.

Instead, she would always rather remain single rather than waste her time on someone who doesn’t deserve her.

She knows her capacities and abilities and is never scared of going through life on her own.

Most Alpha women have quite a complicated love life, due to their empowered personality.

An Alpha male might consider her to be too intimidating or even too much to handle because they know she doesn’t need them to guide her through life or to make her complete.

On the other hand, a woman like her can’t be satisfied with a Beta male either because she feels like they can’t keep up with her or follow her pace.

On the other hand, a Beta female is completely different. This girl is a giver—she always puts all of her effort into the ones she cares about and she is always the ones who loves more.

A Beta female follows her heart, no matter what, even when she is aware that her feelings might bring her more bad things than good.

She is someone who believes in people and who never loses faith that her love might change them.

If you are a Beta female, you are a born savior who never gives up on her loved ones.

When it comes to all of your relationships, especially romantic ones, you are loyal and faithful to the very end.

Even though you are a selfless person who puts the needs of her partner in front of her own and someone who is ready to compromise in a relationship, this doesn’t mean that he can get endless second chances from you.

The moment you feel like you are not getting anything in return from this person and the moment you stop seeing them as trustworthy is the moment in which you will cut them off forever.

9. Omega women don’t have the need to fit in

When it comes to an Omega woman, one of the main characteristics of this type is the fact that they are social outcasts.

Nevertheless, this doesn’t mean that people don’t like them—instead, they are the ones who never follow the pack and the ones don’t try to fit in.

If you belong to this type, you are a unique and special person and your individuality is usually mistaken as weirdness.

Not many people can understand you completely but you don’t need them to either.

You have your own moral rules and values which you are not ready to change for anyone.

The last thing you plan on doing is pretending to be someone you are not just to be more likable to others.

So if someone wants to be a part of your life, they have to accept you for who you are and deal with the fact that you’ll never change for their sake.

The ones close to you have to love you the same at your best and at your worst, together with all of your imperfections which make you the person you are.

Of course, none of this means you are stubborn—it is just that you are a strong individual who is not easily adaptable and who can’t be molded by anyone. 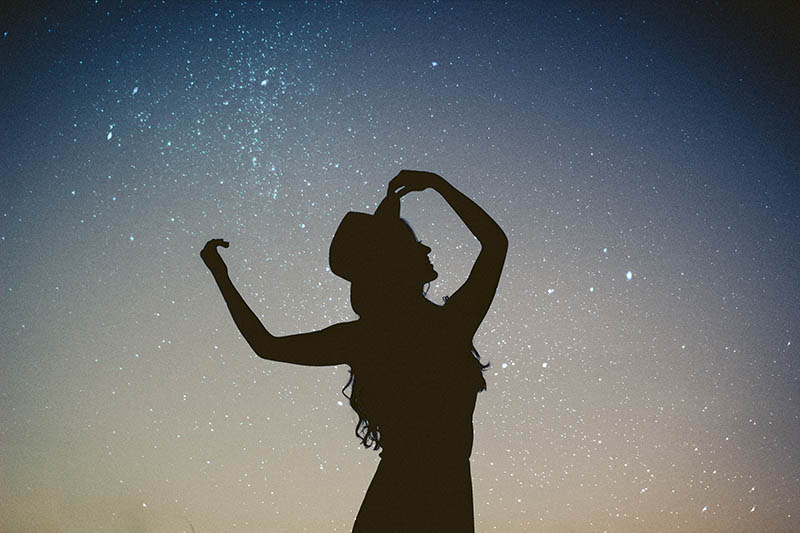 Alpha vs Beta vs Gamma vs Omega vs Delta vs Sigma Personality – Which Type Are You? 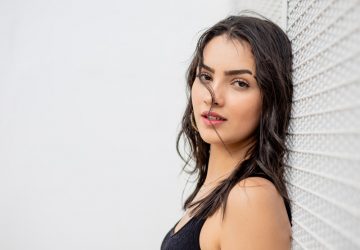 This Is Why You're An Alpha Female, Based On Your Zodiac Sign 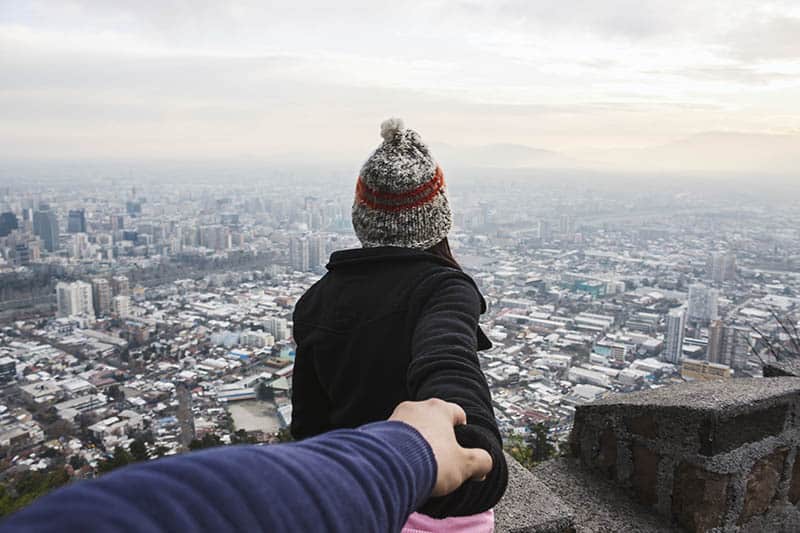