What happens when a Cancer man is done with you? How does he behave when he stops loving you and wants to end the relationship?

Does he keep his personality traits and remain a nice, emotional guy from the beginning of your relationship? Or, does he turn into a monster who breaks your heart in millions of pieces?

There is only one way to find out – to read this tutorial about a Cancer man‘s pre-breakup behavior.

When A Cancer Man Is Done With You, This Is How He Behaves

All men born under this water sign behave in a similar manner when they fall out of love with you. These are the red flags your Cancer partner is done with you.

1. He is stressed and moody 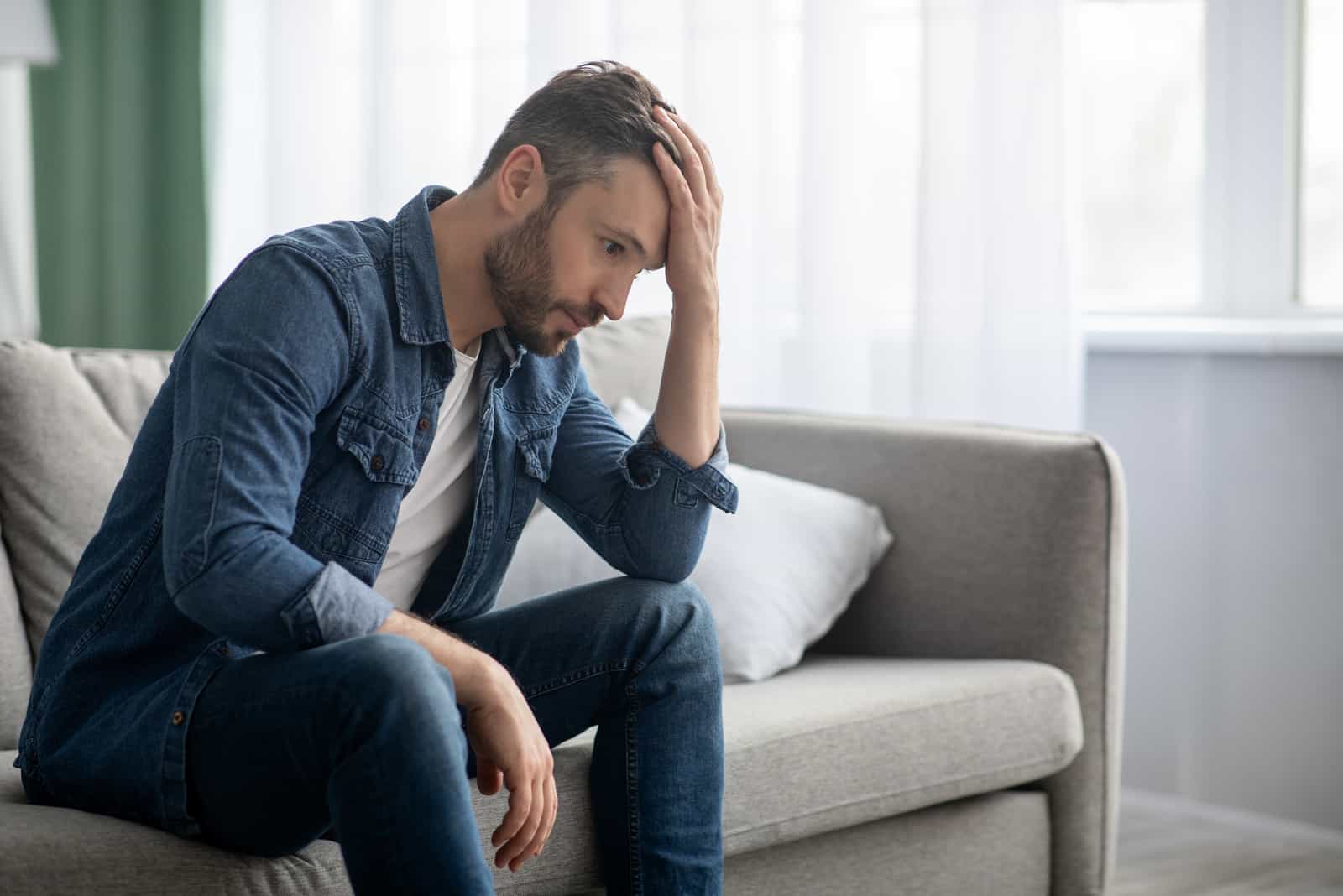 If a Cancer man has decided to end your romance, he won’t accept that decision lightly. Instead, it will affect his entire mind and personality.

This guy isn’t happy about what he’s doing. Even though he decided to break up with you, the truth is that he doesn’t know how to tell you his final goodbye.

Therefore, the first sign you should pay attention to is your Cancer partner’s mood swings. I’m talking about him being stressed out, anxious, or sad without any particular reason.

Of course, when you ask him what’s wrong, he refuses to give you a real answer.

2. He is rude and aggressive

Another sign a Cancer man is over you is his rudeness and aggressive behavior. Remember when you first met him? I bet he was a real gentleman who treated you like a Princess.

Well, suddenly, all of that has changed. There is no trace of his good manners. The nice guy from the beginning of the story is replaced by a disrespectful and impolite man you have trouble recognizing.

The fact is that he can’t stand your presence, and he does everything in his power to get rid of you as soon as possible.

He lost all respect for you as a woman. He insults you, and he uses every chance to put you down.

Your Cancer guy can even become aggressive. I’m not saying that he is physically abusive, but he’ll definitely engage in psychological and emotional violence.

It’s more than obvious that he doesn’t care whether his words and actions will break your heart.

3. The romance is dead

In the beginning of your relationship, your Cancer partner was a hopeless romantic soul. Or, at least he pretended to be one.

Well, now it looks like all of that romance is dead. He no longer throws you surprises, never buys you flowers, stops taking you out to romantic dinners, and even forgets your birthday or relationship anniversary.

Is your Cancer guy focused on a new relationship? Is he being all romantic somewhere else?

I don’t know if he fell in love with another girl, but I can guarantee you one thing: he fell out of love with you. Otherwise, he’d still have the urge to be the hopeless romantic from the beginning of your relationship.

4. He is emotionally distant 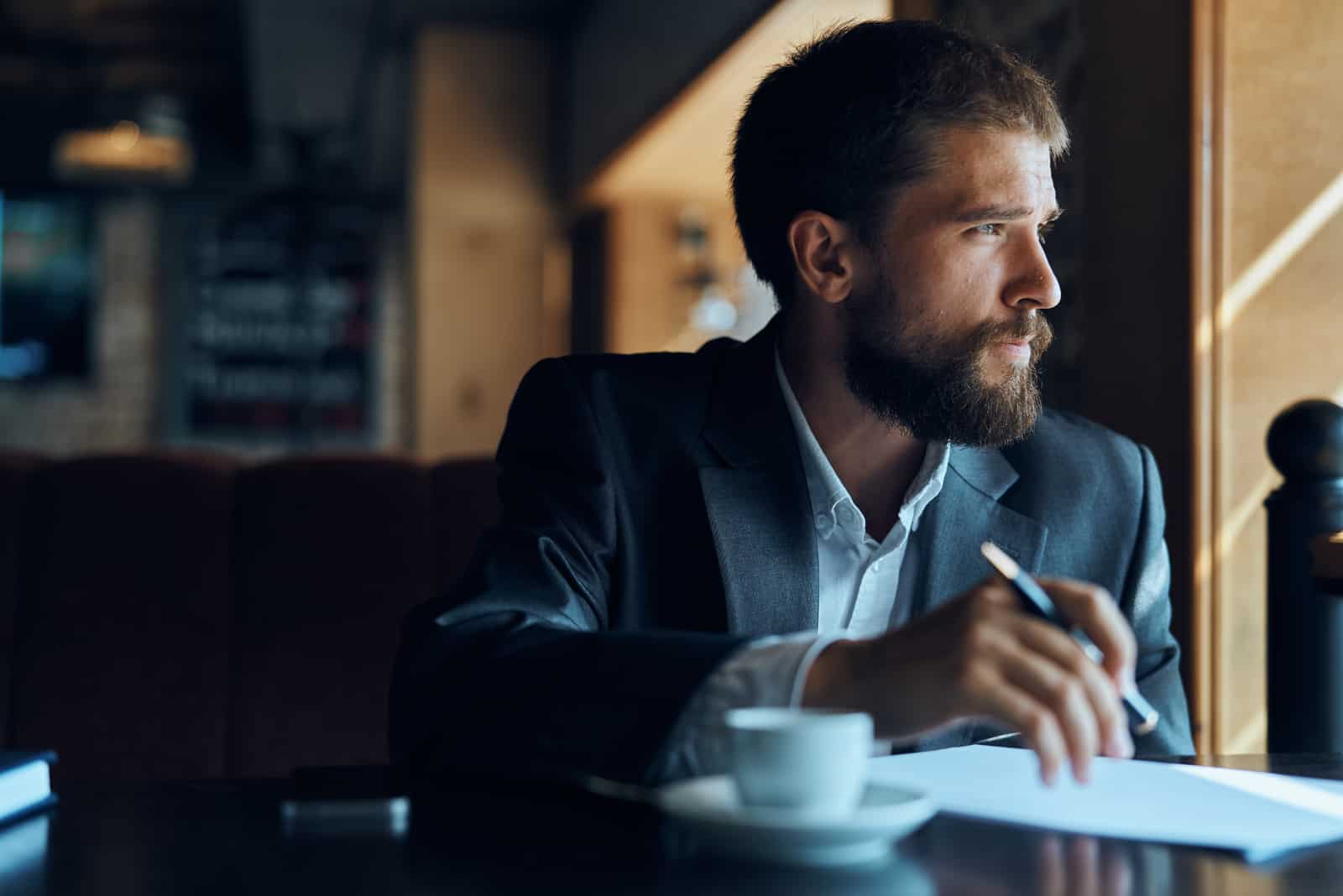 When a Cancer man is done with you, he shuts down completely. His emotional distance is one of the clear signs he’s planning to break up with you.

Remember that this zodiac sign is all about his emotions. A Cancer guy enjoys sharing his feelings, and he never runs away from his emotions.

Nevertheless, he will no longer open up to you when he falls out of love.

He stops letting you in his heart and mind once he falls out of love with you. You two can be sleeping next to each other, but deep down, you’ll feel as if you were miles away from each other.

All of your attempts to reconnect with him will be in vain. You won’t be getting any emotional support from him, and he’ll spend a lot of time alone – as far away from you as possible.

This man is physically present in your life. But, when it comes to his feelings, he cut all ties he had with you. The bond you two shared is long gone, and there is not much you can do about it.

This is not the bravest Sun sign. Therefore, a man born under this water sign probably won’t have the guts to break up with you right away.

Instead, he’ll do everything in his power to make you leave him. He’ll start by criticizing your every move.

No matter what you say or do, it will never be good enough for him. He’ll always find something to nag about.

First and foremost, he literally can’t stand you anymore. He really is bothered by the way you breathe, let alone with something else.

But, he’s also trying to provoke you. He hopes that you’ll be the one to snap because let’s face it, no woman enjoys being criticized all the time.

Another fact is that he has taken his rose-tinted glasses off. For the first time ever, he sees the real you, including all of your flaws.

Until now, he idealized you because he loved you. Now that he has become aware of all of your imperfections, he has the uncontrollable urge to attack you.

Cuddling, hugs, kisses, under-the-sheets action? These are all the things a Cancer man likes the most, but now all of that is part of the past.

Keep in mind that people belonging to this zodiac sign are extremely emotional. They’re unable to separate their body from their heart. Therefore, it’s unlikely for a Cancer to have any physical contact with someone they’re not emotionally involved with.

I know what you must think right now: But, he’s a guy. Yes, but he’s a Cancer male and that makes him so damn special.

How do you know when a Cancer man has stopped loving you? Well, one of the first clear signs a Cancerian man is done with you is a lack of intimacy.

It’s not only that he doesn’t initiate it… even when you try to approach him, he turns you down.

When you confront him about it, he gives you some lame excuses. Nevertheless, the truth is quite clear.

How do you make a Cancer man fall in love with you? Just include him in your life and let him do the same with you.

Before you know it, he’ll become best friends with your best friends, and he’ll be fully integrated into your family. This goes both ways: he’ll also make you a part of his life in no time.

But, what about when that changes? Well, that’s when you have something to worry about.

Out of the blue, this man starts leaving you out of his life. You’re no longer a part of his future plans, and he starts behaving like a solo player instead of being a part of the team.

One thing is for sure: this is one of the signs a Cancer man is playing you. He is planning to leave you, but he hasn’t done it yet because he’s trying to get used to living without you.

8. Your well-being doesn’t concern him 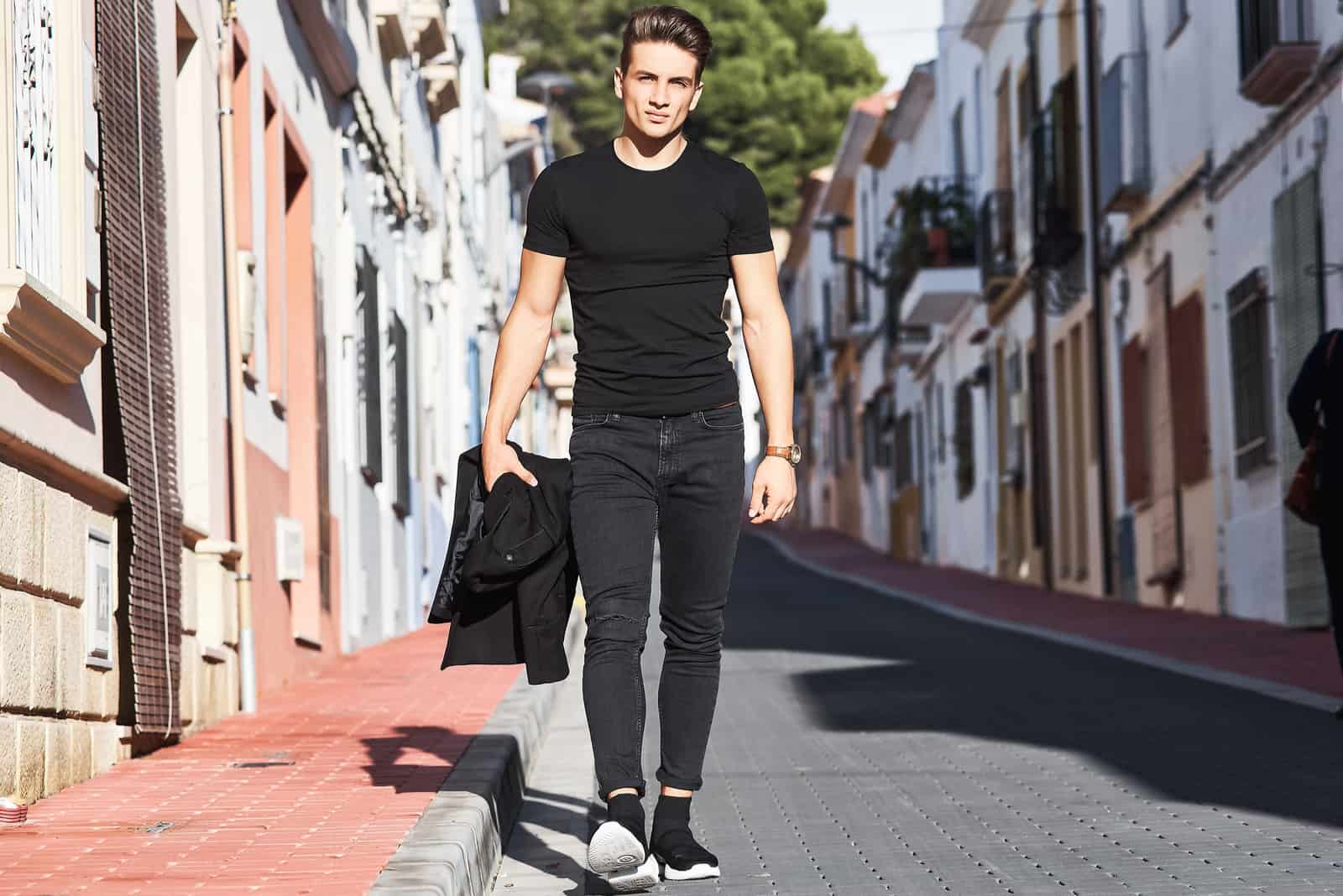 Every woman dating a Cancerian man knows that he’s one of the most caring men in the world. He is protective, and he makes sure all of your needs are met.

At least, that’s how he behaves around his loved ones. But, what happens when you fall out of that category?

When a Cancer man is done with you, your well-being no longer concerns him. He becomes selfish, and he couldn’t care less about your health, safety, and well-being.

One-word text messages, ignoring you on social media, no more phone calls, no more dates, no more spending time together…

Does any of this sound familiar? If it does, there is only one possible reason: this man is distancing himself from you.

It’s more than clear that he has been avoiding you. He doesn’t have the need to be near you and to have you in his life – as simple as that.

When a Cancer man is done with you, he turns into the biggest gossiper in the world. He has a hard time dealing with his emotions, and he gets the urge to complain to everyone.

Don’t be surprised if he talks about your relationship problems to your best friends or family members.

Do Cancer men move on fast? 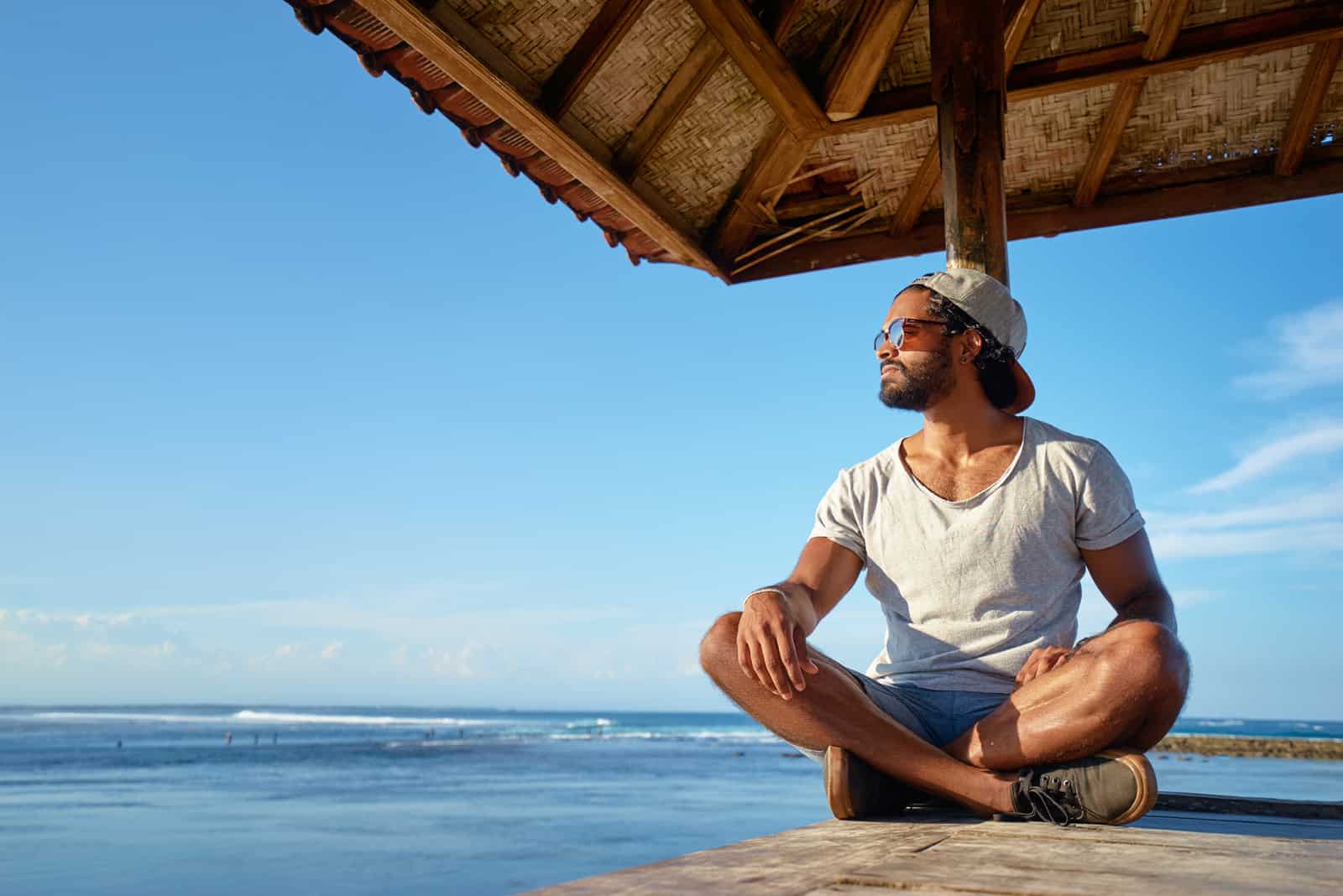 Good news: Cancer men need time to move on. They’re careful, and they don’t act on their impulses. Also, they need a lot of time to fall in love with someone else, let alone to engage in a new relationship.

Therefore, if you’re wondering how to get a Cancer man back, you still have time to make this man miss you. Maybe he stopped loving you, but the important thing is that he hasn’t started loving someone new.

How do Cancers break up with you?

A Cancer man does everything with loads of emotions, and that includes breaking up. You won’t get the impression that this man hates you when he breaks up with you. Instead, he’ll open up to you and tell you how special you are to him despite everything.

Even though this is a good thing since it leaves minimal scars on your soul, this respectful breakup leaves you the hope that one day, you two could make up.

The most important thing is that you’ll know it when a Cancer man is done with you. He won’t play a lot of games, and he’ll give you a lot of signs that he no longer loves you.

At the end of the day, it’s up to you. Will you keep on lying to yourself or will you admit it’s the end?

I strongly advise you to choose the second option. Even though it’s more painful, it is the first step towards healing and moving on.

[…] promise you one thing: your Cancer partner won’t break up with you because he’s replaced you with someone more convenient. He won’t fool around behind […]