May I just say: it’s not the end of the world. He has every right to do as he wants. Follow you, unfollow you, block you, or unblock you.

But oh no, there you are, brainstorming about why he unfollowed you on Insta. “Did he unfollow me for attention?” you’re wondering. Not just selfies, there is a list of things you were doing and posting on your Insta and Snapchat because of HIM.

Remember last week when you faked your crazy fun night out, but you totally stayed home? For the love of your well-being, stop worrying so much. Not everything is about social media accounts.

Let’s talk more about men’s minds and why they do these kinds of things. (Your insecurities might be gone once we’re done.)

Contents show
1 Did He Unfollow Me For Attention (Or Something Else)?
2 Why Do Guys Follow, Then Unfollow You: 4 Things He’s Telling You
2.1 1. Notice me
2.2 2. He found out you’re in a relationship
2.3 3. You’re out of his league
2.4 4. Simple mistake
3 Why Did He Unfollow You But Not Block You?
4 Why Would A Guy Unfollow A Girl He Doesn’t Know?
5 End Of The Following Era

Did He Unfollow Me For Attention (Or Something Else)? 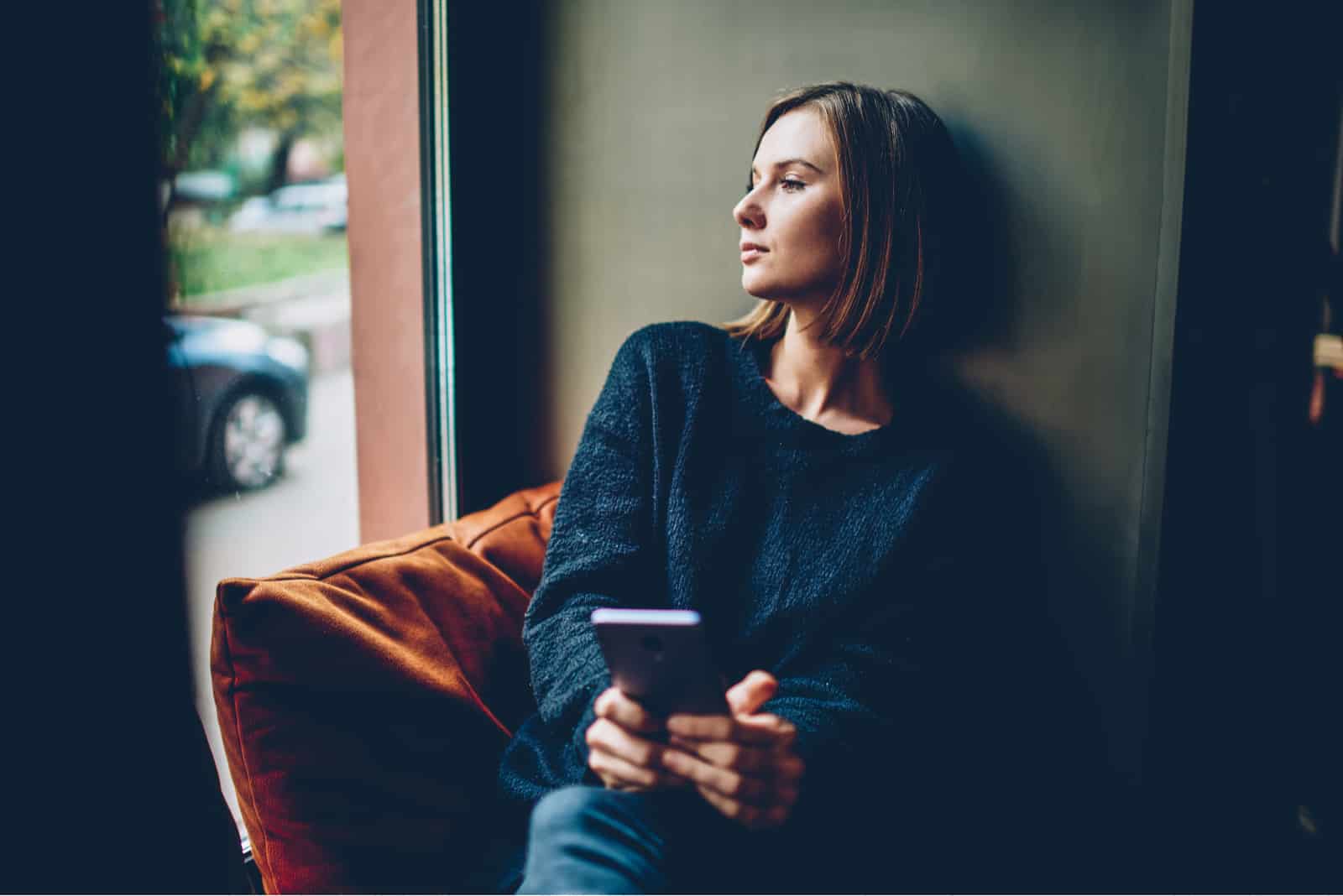 Your best friend should win a medal for everything you’re putting her through, lol.

Did he unfollow me for attention, or is he back with his ex? Some men do it because of their exes, and some do it just to get your attention.

Oh, come on, it’s not the first time he’s played with you. Men are complicated and playful, just like women. Let go of that social media stress, please.

To make it easier for you, I’ll tell you some of the reasons he might unfollow you.

You’ll notice that he unfollowed you, and ex unfollows hurt. You will want to know why, and voila, you’ll text him. You didn’t see that coming, did you?

I cannot think of a better way of moving on. That’s the first step. I know that, years later, you’ll find it funny.

If one of those things is to unfollow you on social media, he’ll do it. You’ll get over it – it’s not like he was your fiance.

There are too many memories on your profile, and knowing that he can’t have you anymore hurts. In order to help himself heal, he’ll unfollow you.

Why Do Guys Follow, Then Unfollow You: 4 Things He’s Telling You 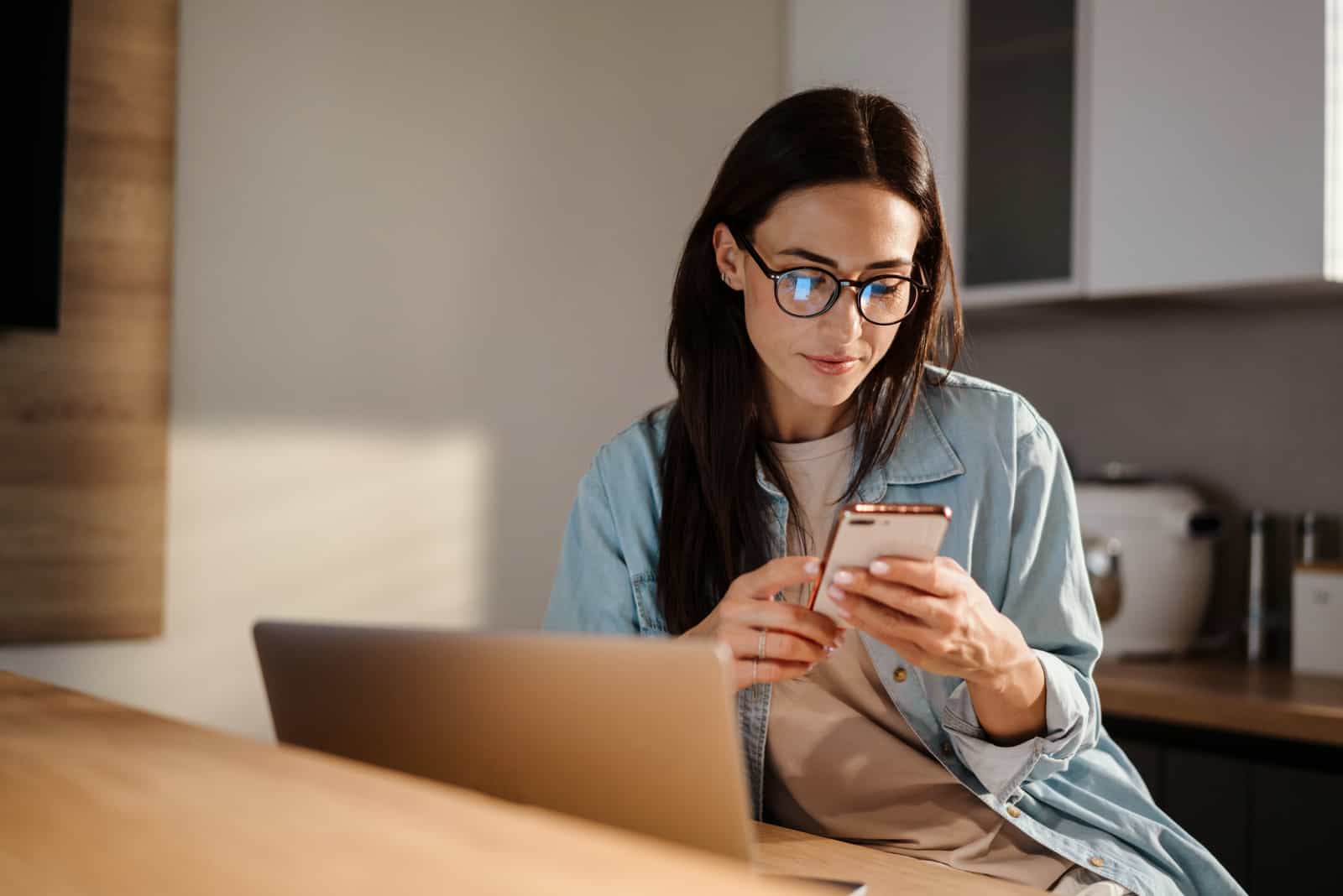 He’s unfollowed you out of the blue. Most men do it to grab your attention. Some do it because they’ve got their ex back, and you’re just not needed anymore.

But that isn’t the only reason why guys follow you and then unfollow you. Let’s talk about other reasons why guys do that.

You’ll get a notification on your smartphone and see that he’s followed you and then unfollowed you. That is a great way of getting someone’s attention.

You’ll be intrigued and curious to find out more, and you might DM him. Smart move, you must admit. Mission accomplished for him, and maybe, there’s a potential relationship there – you never know.

2. He found out you’re in a relationship

But if a man finds out you’re not single, he will most often unfollow you. In their logic, why would he follow someone he cannot flirt with?

3. You’re out of his league

You may be single, but some men are intimidated by successful, good-looking women. It doesn’t make much sense to you? Well, here’s the deal.

He would rather focus on someone he can have and someone approachable than have his feed ambushed with someone way out of his league.

To be able to avoid this, he will unfollow you. What use does he have of someone he has no contact with at all?

With all that clicking, you’ve had to, at least once, like something or unfollow someone by accident. It simply happens.

It can get awkward, of course, especially if you’re stalking someone (you shouldn’t do this because it seems obsessive, lol), but it happens – life goes on.

Why Did He Unfollow You But Not Block You?

This is a tricky one, but not always. Most of the time, his (once) ex-girlfriend made him do it. They are back together now, and she doesn’t want you on his followers list. Surprised? I don’t think so…He might even unfriend you on FB.

Oh, I know, you just want to go offline now.

I might comfort you by saying, next year, this will be last year’s issue, so we’re good. Maybe, you’re even better off without him. You did spend too much time thinking about him. But we’re always curious about our exes – we just can’t help ourselves.

You’re not a blogger on Insta, but once you break up, you keep posting like one. You just want him to see your content badly. And him not following you anymore, well, that ruins the whole concept of it.

This is a perfect way for him to stalk you when he wants but a safe way to keep things low-key with his girlfriend. He doesn’t want you to pop up on his feed while he’s scrolling next to her.

Check your Whatsapp – if you’re still there, then it’s definitely his ex.

He just wants you to wonder. You are his ex, but he knows you very well, and he knows that once he does that, your thoughts will be all over the place. Not a very nice move, but I guess he’s your ex for a reason now, right?

He’s moving on. He’s over you or moving on, and your photos won’t help much in that process. This isn’t about you – this is more about him. He still sees you as a friend and doesn’t have a good reason to block you.

Why Would A Guy Unfollow A Girl He Doesn’t Know? 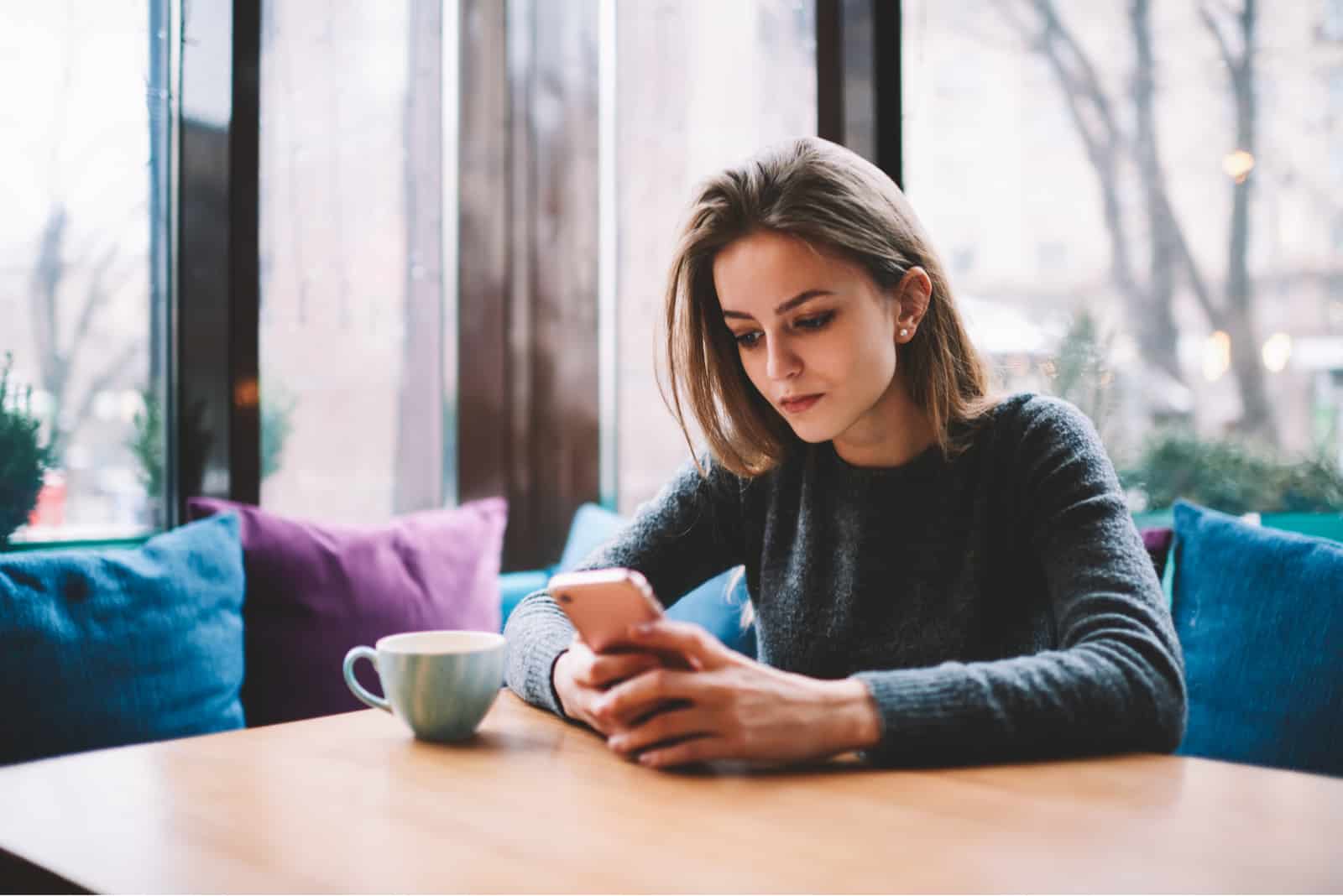 We all know men and women who carry on too much about their social media accounts. If you don’t follow someone like that the moment they follow you, they will unfollow you immediately. They are just obsessed with it.

One of the reasons might be a lack of communication between you two. You’re that person on his follower list he doesn’t know and doesn’t communicate with. That is another reason why he might unfollow you.

Another reason is your relationship status. Your bio on Instagram didn’t contain any information about that, and once you accepted his request, ta-da, you’re not single. For a single guy, that is just a waste of time, and he might unfollow you because of that.

End Of The Following Era 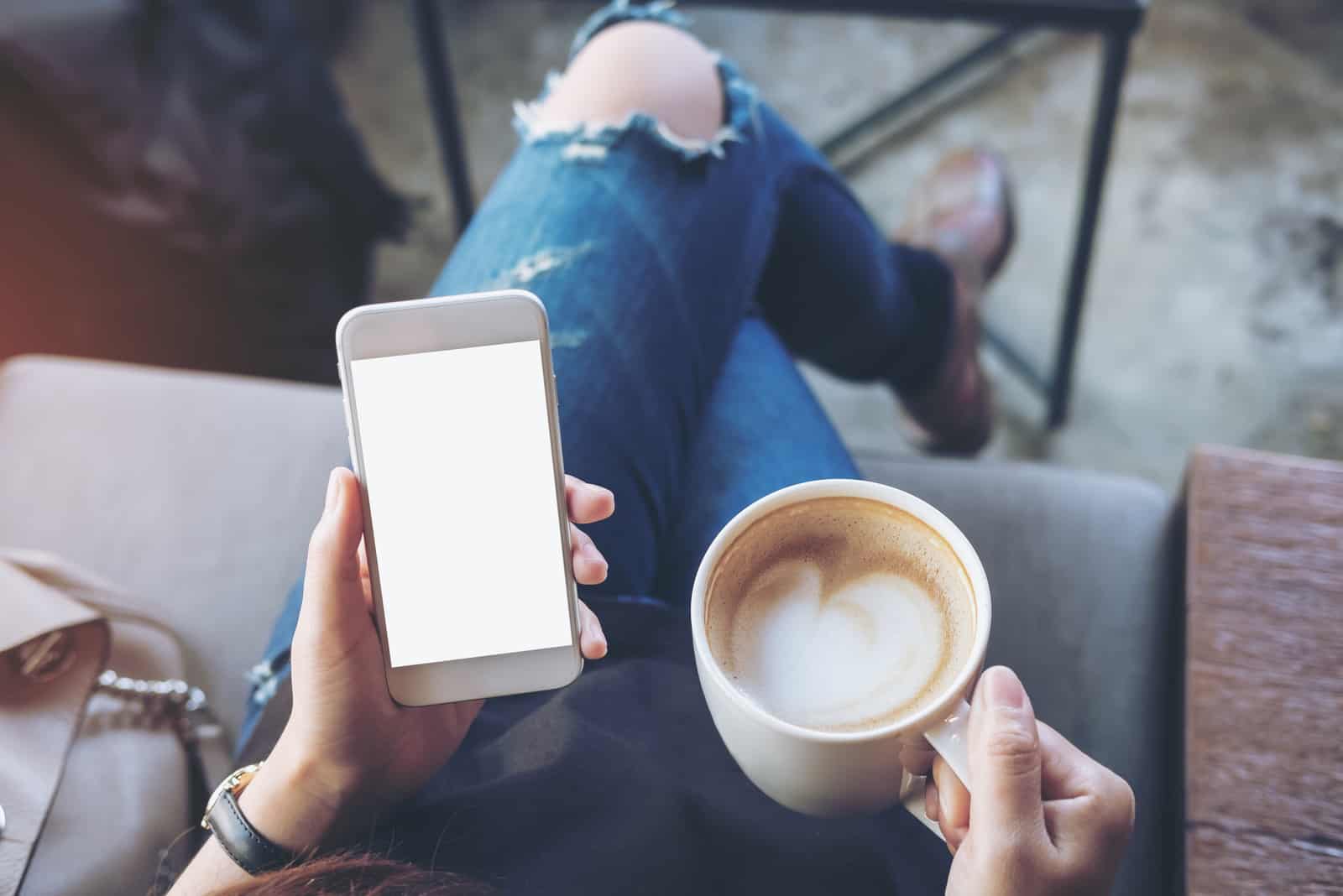 Even when you’re not collecting followers on nsta, getting that unfollow from someone special might hurt. Did he unfollow me for attention? This will occupy your mind every now and then before you’re one hundred percent sure why he’s done it.

You’ll ask yourself if he’s ghosting you, hates you, and much more. Social media life isn’t real life, but social media does affect our personal lives. You want your ex-boyfriend to be there, to see you heal and grow without him.

But truth to be told, that isn’t a good way to heal. Maybe his unfollow will set your priorities straight, and you’ll realize some things.

Before you focus on that unfollow, focus on yourself, and ask yourself why it still means so much to you. Solve that big question mark in your head. Maybe it’s time for you to let go of that feeling and start a fresh, new beginning.

Instead of being worried about follows and unfollows on Insta, you’ll have a nice day. Go follow the road down from your house. Now go outside and rock this day, girl!

There are cool ways to have fun and enjoy today, and they don’t include any apps. 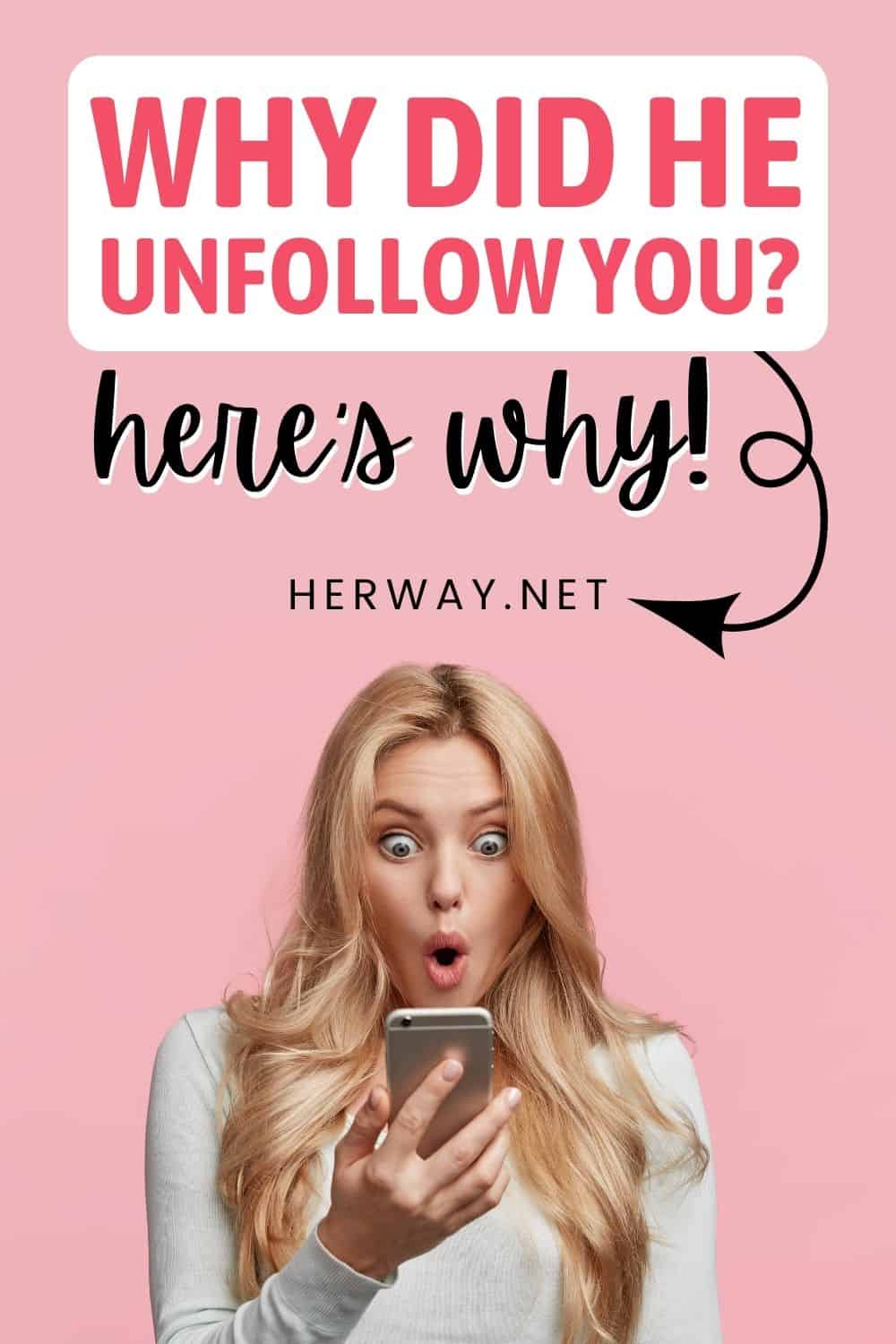