When a spouse cheats on their partner, the most logical and fair thing would be divorce, right? Well, there are some unfaithful spouses who stay married despite breaking their sacred vows.

Right after the famous question ‘Why do men cheat?’ the next question all women would like to know is… Why do cheating husbands stay married? How can they keep living with a woman they have betrayed in the worst possible way?

The fact is that those men exist, and they have their own reasons they don’t get divorced after they have an extramarital affair.

In this article, I’ve gathered the most common (and definitely not so innocent) reasons why men stay married after they commit such treachery.

Contents show
1 Why Do Cheating Husbands Stay Married? 13 Reasons
1.1 1. Fear of loneliness
1.2 2. The fling was a mistake they don’t plan to ever repeat again
1.3 3. The other woman has clearly stated that she doesn’t want a relationship
1.4 4. They feel sorry for their wives
1.5 5. The divorce may cost them a lot
1.6 6. The kids
1.7 7. They try to convince themselves and everyone around them that they’ll change
1.8 8. Trying to avoid getting caught
1.9 9. They may be a narcissist in disguise
1.10 10. They’re aware their wife is better than the other woman
1.11 11. They want to work on overcoming their marital problems
1.12 12. In most cases, they aren’t obligated to make a choice
2 Do Husbands That Cheat Still Love Their Wives?
3 How Long Does A Marriage Last After Infidelity?
4 Why Do Married Men Cheat If They Are Happily Married?
5 In Conclusion

I’ve compiled this list of the most common reasons unfaithful men stay with their partners. And, of course, almost none of them are justified because the only reason you should be in a relationship with someone is LOVE. 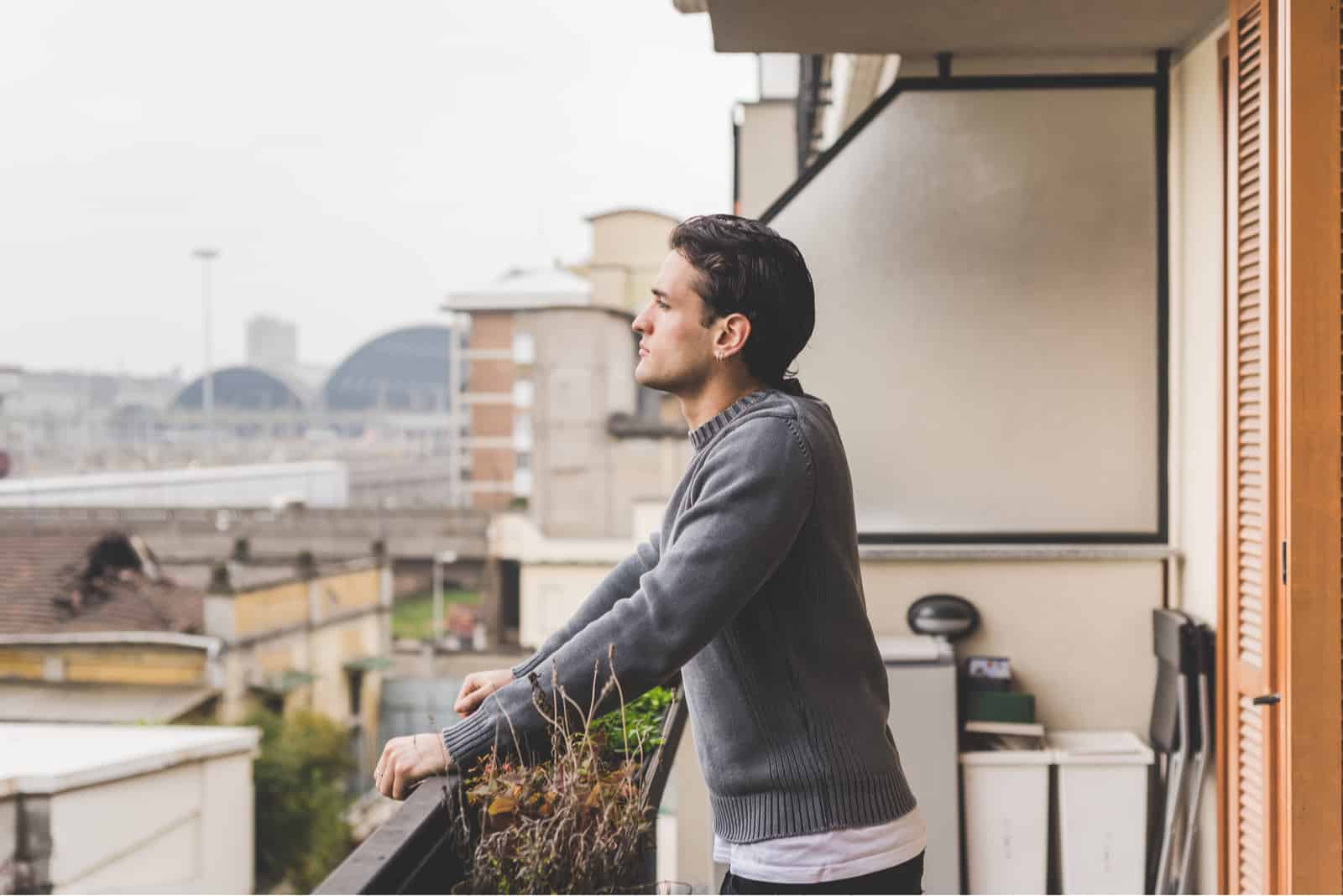 If a man has low self-esteem and is a validation seeker, he probably doesn’t know how to function on his own. He’s afraid of loneliness, and single life scares the hell out of him.

He stays married because he considers it his safe place. His wife provides him with the security and stability he longs for, and as long as he feels that way, he’ll stay in that marriage.

2. The fling was a mistake they don’t plan to ever repeat again

It was probably a co-worker or a girl he met on social media. He considers her just a fling, a one-night-stand adventure, and he’s already ended it for good.

He’s aware of the huge mistake he made, and he sincerely regrets betraying you. Also, he knows it could cost him losing everything he has, and he doesn’t plan on repeating it ever again.

3. The other woman has clearly stated that she doesn’t want a relationship

He has a person who cooks and cleans for him, and that’s enough for him for now. However, if another woman shows up in his life and wants to be with him, then he’ll most definitely leave his wife.

4. They feel sorry for their wives

This is a very wrong reason to stay married to someone. You can’t be with someone simply because you feel sorry for them. I mean, you can, but it’ll never be a healthy relationship.

It’s always better to be honest with your partner. The wife will be hurt, and she’ll suffer… That’s inevitable. But, the truth is, she would suffer even more if she found out that her husband is staying by her side only because he feels sorry for her.

5. The divorce may cost them a lot 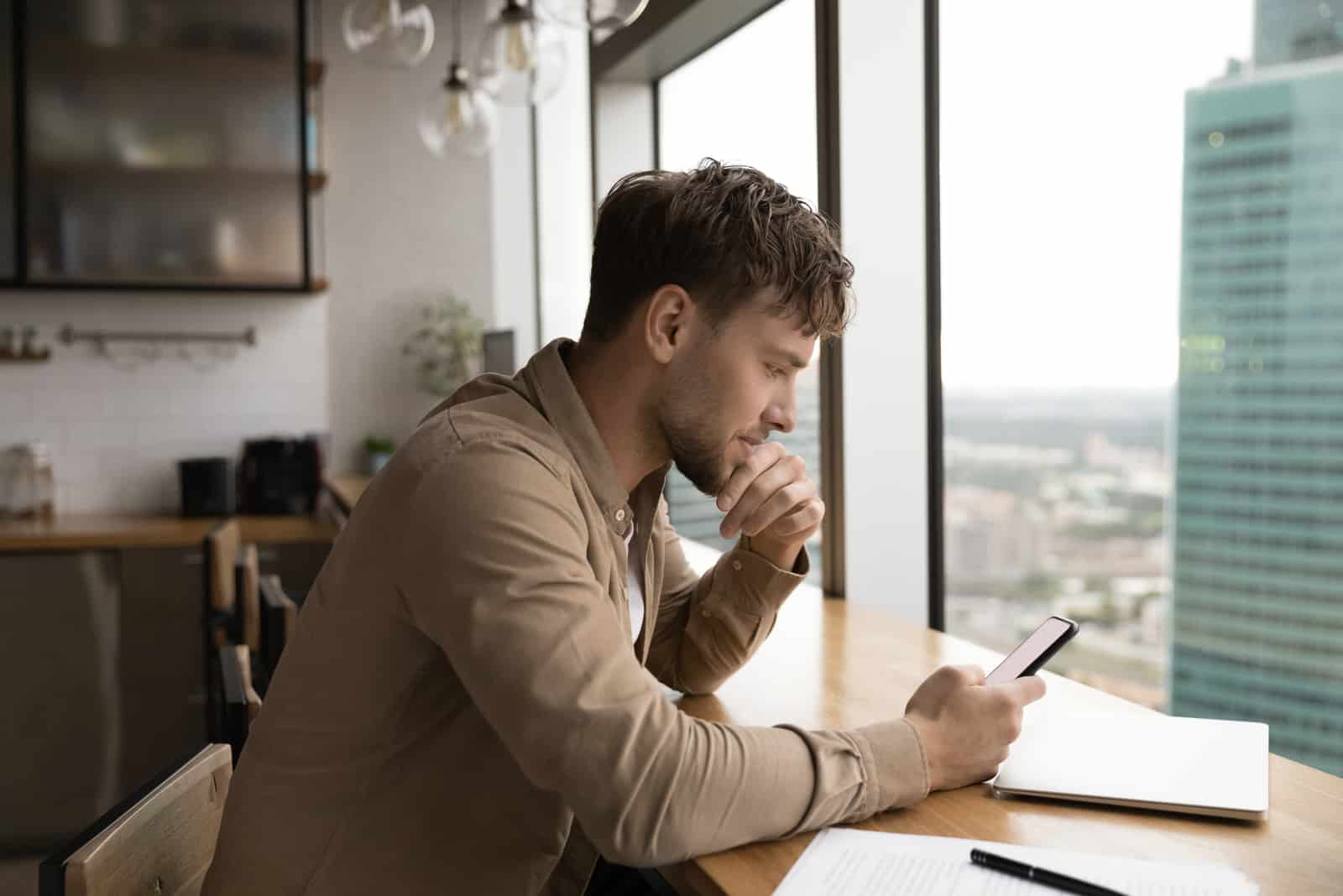 They’re aware that their marriage ended because of their mistake, and that means that they will probably have to pay for it. And it’s not just about the money.

A divorce may also cost them losing their friends and some of their loved ones. People around them will probably be angry at them because of how they hurt their partner and betrayed their marriage.

Also, no one can guarantee that their affair partner will stay with them, which means they might lose her too and be left alone. If they have had kids, they might also worry the kids will be angry at them because of their actions, and that’s probably what they’re afraid of most.

This is probably the most common reason cheaters stay married. They don’t want to hurt their kids, or they’re afraid that they may lose custody in the divorce.

It’s very sad that most married couples don’t understand that, this way, they may only hurt their children even more. Their kids will have to listen to their fights, and this toxic environment may have very bad consequences for their mental health.

7. They try to convince themselves and everyone around them that they’ll change

I need to admit something to you. I’m a proud ex-wife of an unfaithful narcissist in disguise. I was 19 years old when we got married, and at the time, I thought he would never hurt me because he loved me more than anything in the world.

Oh my, how wrong was I. We had only been married for two years when I found out about his betrayal. I kept seeing many of the warning signs and red flags everyone warns you about, but I refused to believe it.

I stayed with him even after he admitted his infidelity to me. I stayed with him because he was such a great manipulator who managed to make me and all of those close to us believe that he’d change.

Of course, as you may assume, that didn’t happen. After six months, he did it again, and at last, that was the final straw. After my healing process successfully ended, I met someone, and I’m still in a happy, committed relationship with that guy, and I honestly think he’s the one.

8. Trying to avoid getting caught

Cheaters may also stay in a relationship with their partners because they are so afraid and ashamed of getting caught. That way, if their partner ever starts doubting their fidelity, it’ll be easier for them to manipulate them and make them believe in their lies.

And don’t think they do it because they love you or because they’re afraid of losing you.

They only do it because they don’t want other people to think badly of them. If they love you the way you think they do, they would never do this to you in the first place.

9. They may be a narcissist in disguise

And unfortunately, they’ll probably continue to see the other woman, or they’ll find someone else. They’ll cheat on you and lie to you, and they won’t care at all how it’ll make you feel.

They’ll stay with you as long as you allow them to. They’ll continue hurting your emotional and mental health until you’ve had enough of it and drive them out of your life.

10. They’re aware their wife is better than the other woman 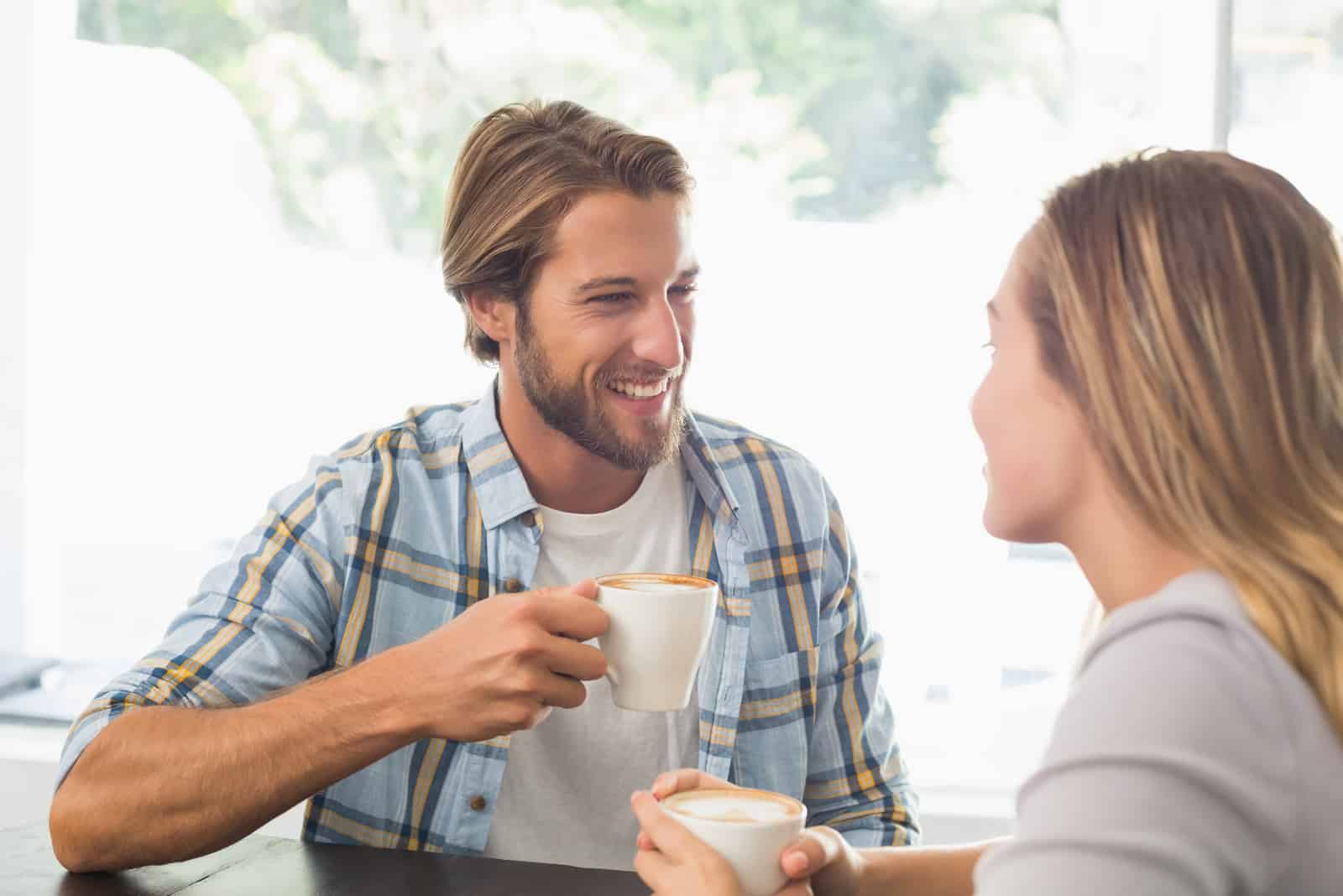 I think this one is pretty logical. In most cases, the cheating partner stays with their significant other because they’re aware they will never find someone better than them.

A cheating husband stays married because he knows that no other woman will love, respect, and treat him the way his wife does. And that’s what he’s afraid of losing more than anything else.

11. They want to work on overcoming their marital problems

They’re aware they have made a mistake. However, they also think it happened because of some issues they had in their marriage, issues they didn’t talk about and didn’t solve in time.

That’s why they want to work on fixing those things and making their marriage healthy again. They are happy they got a second chance, and they really want to use it in the best possible way.

The truth is, married life isn’t always sunshine and roses. There are many issues and obstacles all married couples need to go through and wrestle with to save their marriage. However, looking for comfort in another person isn’t and should never be the answer.

12. In most cases, they aren’t obligated to make a choice

After years of marriage and everything they’ve been through, the wife will probably also want to give their marriage another chance. She won’t break up with her cheating husband because she is afraid of loneliness.

On the other hand, the other woman might continue seeing him casually, and in that way, he won’t be forced by anyone to make a choice.

Unfortunately, in the end, someone will get their heart broken, that’s for sure.

Do Husbands That Cheat Still Love Their Wives? 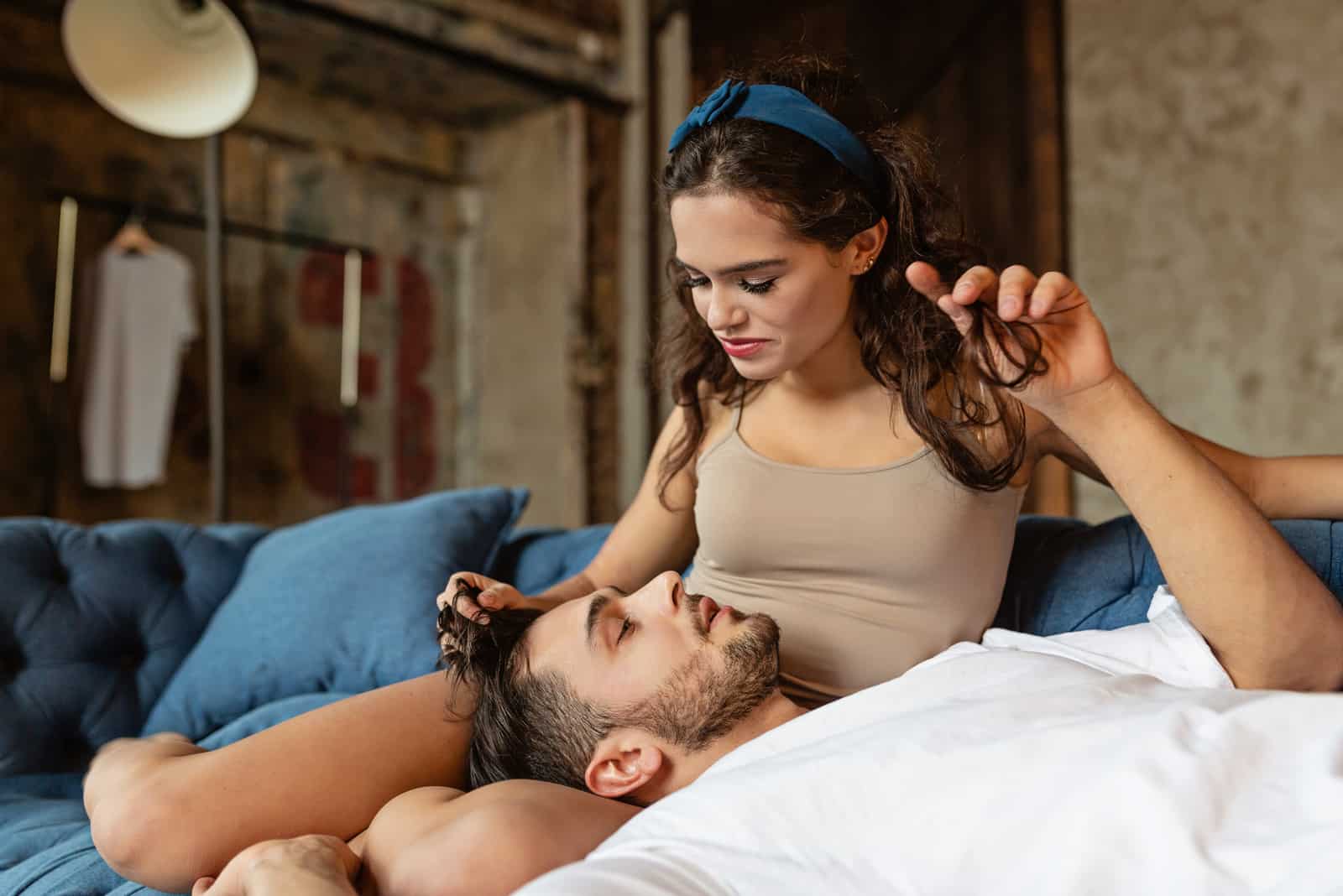 Both men and women cheat for so many reasons, and yes, one of those reasons may be because they’ve stopped loving their partner. However, there are so many husbands who have cheated on their wives and then sworn they still love them despite the mistake they made.

In my opinion, you can’t love someone and hurt them in such an awful way. You can’t claim that you love and care about someone that much and then make them go through living hell.

If you engage in an emotional affair with someone else while you’re married, it’s a clear sign you don’t love your spouse the way you used to. Fullstop.

Okay, I agree that we all make stupid mistakes sometimes and that we aren’t aware of the possible consequences in those moments. However, betraying your partner in this way is a clear sign that what you two have is not true love.

How Long Does A Marriage Last After Infidelity?

It really depends on so many factors. The most important is whether both partners are ready to forget about what happened and leave it in the past. If the other side can’t forget about their spouse’s affair, their marriage is doomed to fail.

It also depends on whether the cheating spouse is truly remorseful for their actions. If they aren’t 100% sure that something like that will never happen again, their marriage probably won’t last long because they’ll cheat on their partner again.

Why Do Married Men Cheat If They Are Happily Married? 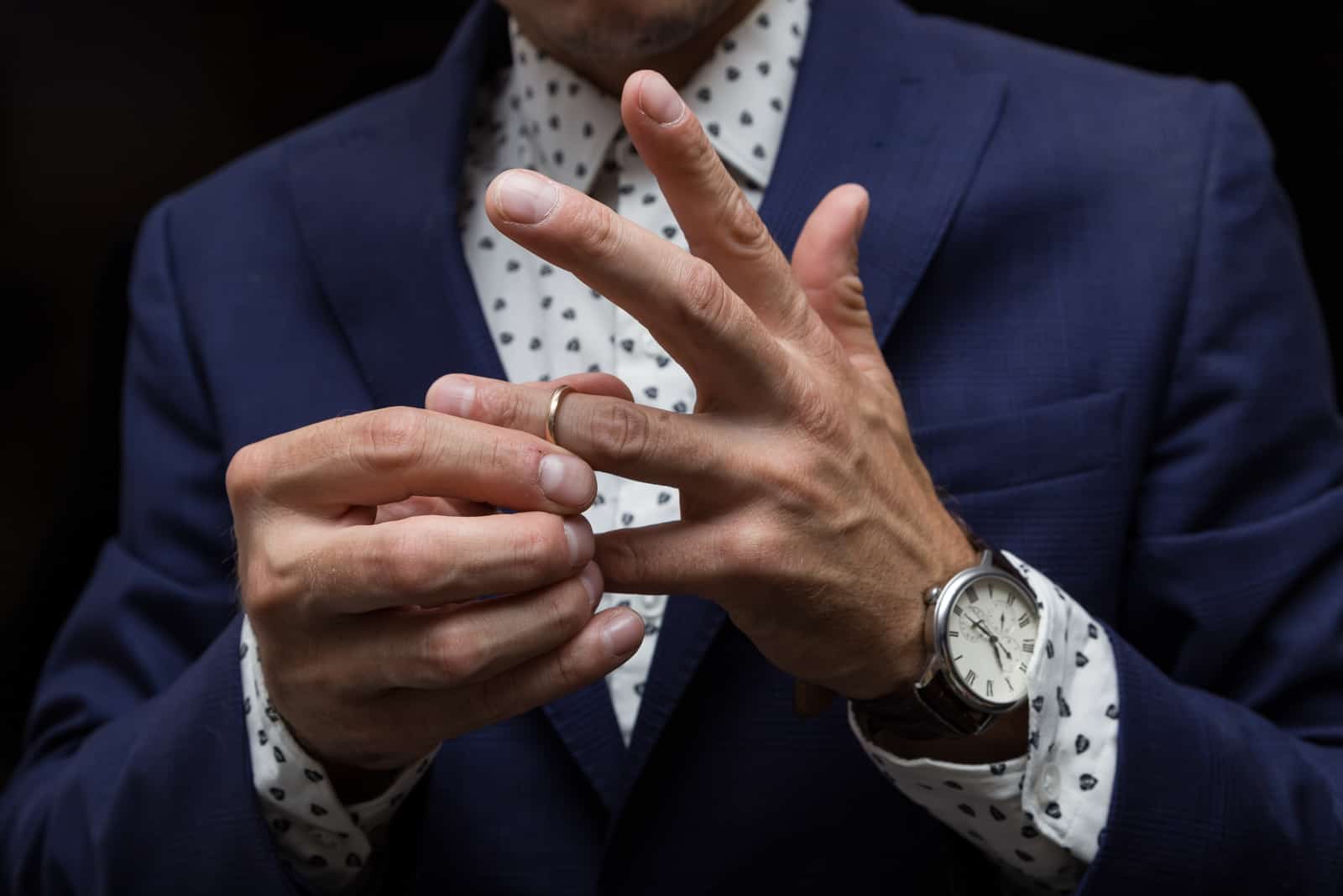 The thing is that they aren’t happy. Well, at least not completely happy in all fields of their marriage and family life.

They may love their spouse, but they may feel emotionally or physically unsatisfied. Lack of physical intimacy is probably still one of the main reasons why married people cheat on their partners.

On the other hand, some men simply have an unfaithful nature, and they can’t go against it. They’re overly flirtatious, and no matter how much they love someone, they can never be fully committed to them.

I hope my opinion is wrong, but I think cheating husbands stay married for all the wrong reasons. And unfortunately, in that way, they keep hurting themselves and their loved ones.

Once someone commits such a betrayal to someone they vowed to be faithful to their entire life, they simply can’t continue walking through life with their partner. Sooner or later, and whether they like it or not, their paths will separate. 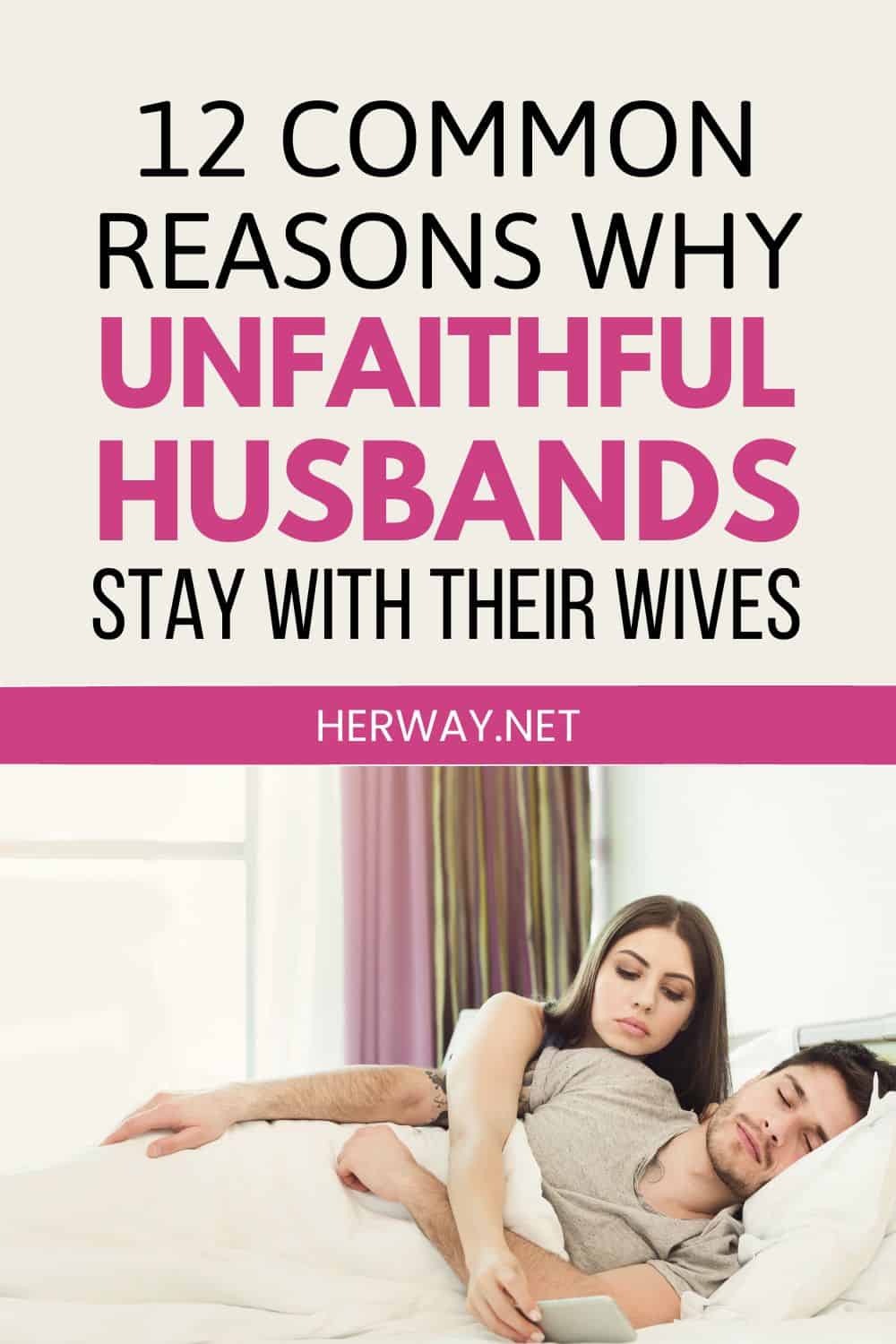