You wonder why is Leo man attracted to Aries woman? Or maybe you’re a Leo man dating an Aries woman and want to know what attracts you so deeply to your better half?

Don’t worry, you’ll get your answers in this article. All I can say for now is that there are many things a Leo man finds attractive in an Aries lady.

After all, Aries females are considered to be the best females of the zodiac to date. So, it’s really no wonder why a Leo man is so attracted to a Ram woman.

Why Is Leo Man Attracted To Aries Woman: 13 Reasons

Let’s get started then. Below are the 13 surefire reasons why is a Leo man attracted to Aries woman.

1. They have the same perspective on dating and relationships 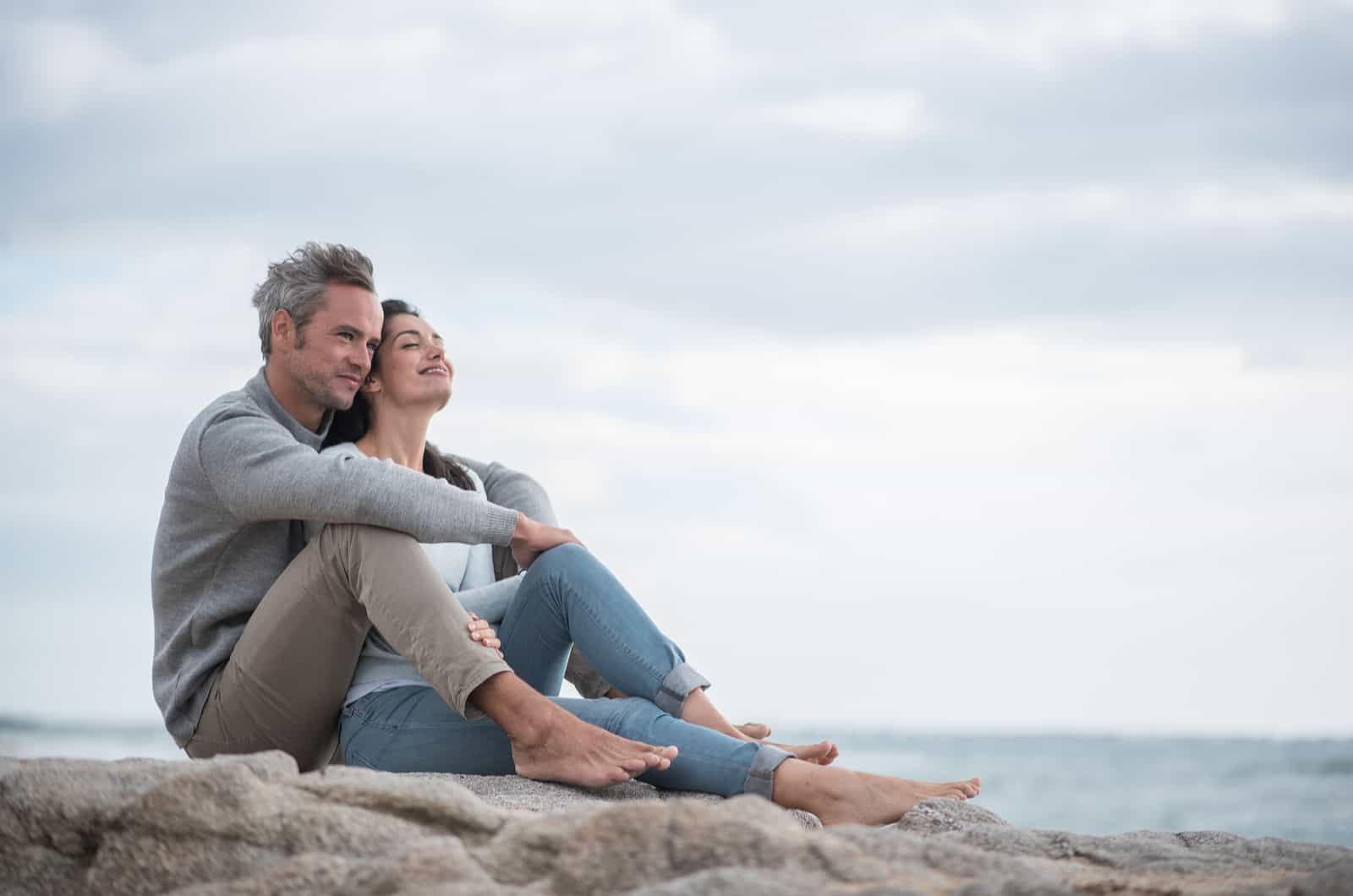 To be honest, once they start dating, both Leo guys and Aries females don’t like to commit that easily to someone because they want to have fun first. After all, fire signs are known for their affinity to casual affairs and hookups.

However, after some time and once they get older, they become more into serious, long-term relationships and leave the casual ones behind.

That’s the first thing a Leo man will notice with the Aries woman. And he’ll fall for her because of the very similar way they both think about and look at relationships.

This couple is able to solve all of their relationship problems in a very peaceful way because of the mutual respect that exists between them. They respect each other’s needs, wishes, decisions and goals.

It also helps them reach a compromise every time they don’t agree on something. And, of course, both of them are aware of how important mutual respect is for a healthy relationship.

However, the Leo guy knows how stubborn his Aries partner is and the fact she leaves her stubbornness aside for the sake of their relationship is the thing he appreciates most about her. It’s how he knows she really cares about him.

3. He’s aware they have the potential to become a power couple 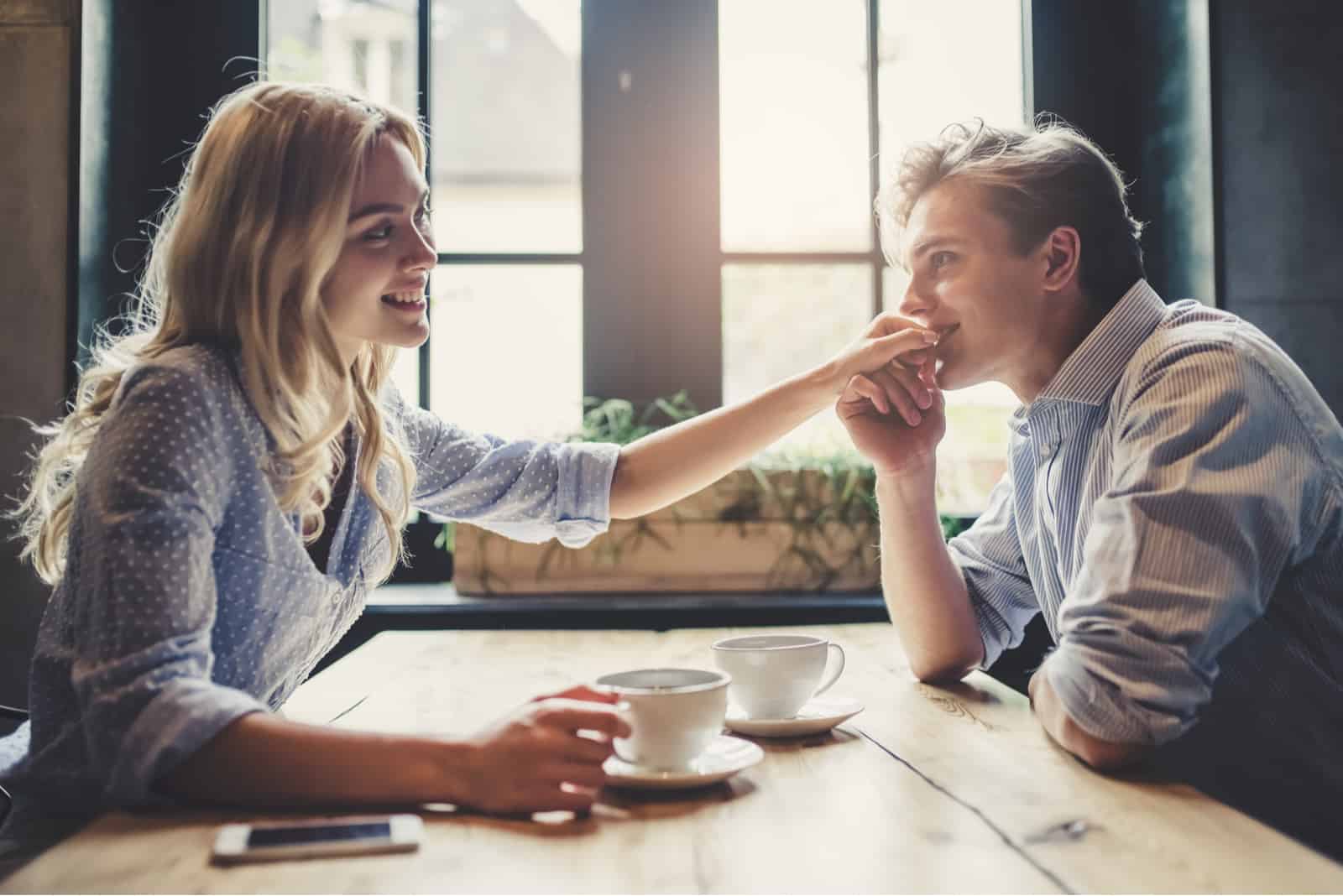 Leo loves the type of woman like an Aries female is. A strong, independent, intelligent, self-assured, headstrong woman… A woman who is well aware of her qualities and even more aware of her flaws, and equally proud of both of them.

A Leo male is like that himself. He’s a highly intelligent man who knows what he wants in life and continuously works on achieving those things.

They’re pretty much alike when it comes to their personalities.

And that’s why they have the potential to be a real power couple. That’s the thing that attracts him to an Aries woman because he knows it would be difficult to achieve such great things in life with any other female of the zodiac.

4. They have many common interests

The reason a Leo guy will almost never fall for a Capricorn, Pisces or Cancer lady is that he simply doesn’t feel they have anything in common. On the other hand, he has so many common interests with an Aries female.

Hiking, biking, sports, painting… Those are all things both of them like to do in their free time. So, it won’t be difficult for them to find an activity to do together that will also allow them to spend more time together and bond on a deeper level.

5. And pretty much the same likes and dislikes 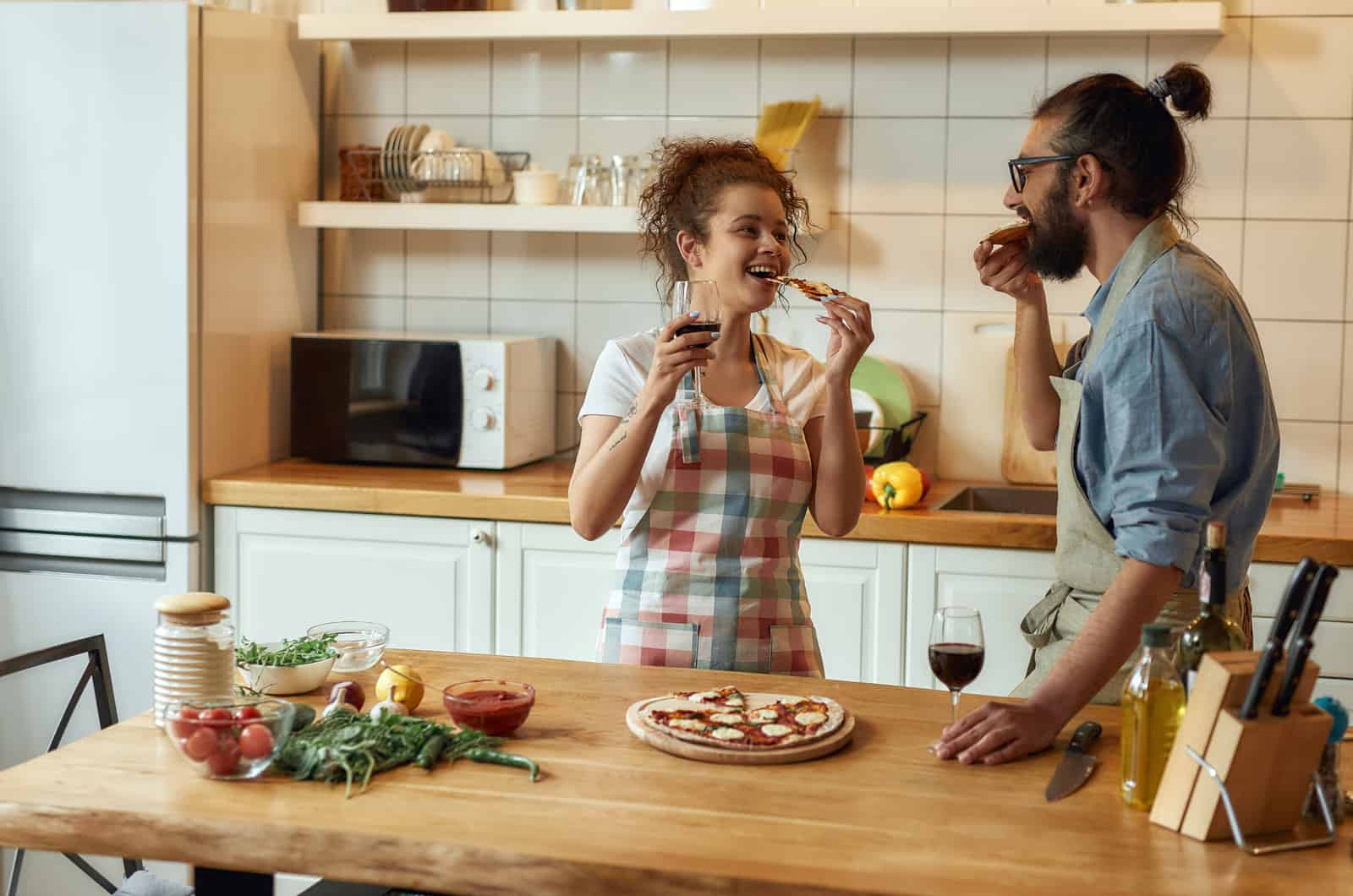 Besides having so many things in common, a Leo man and an Aries woman also like/dislike the same things. It’s really uncommon for a couple to have so many similarities. Maybe that’s the reason for such a great Aries woman-Leo man compatibility.

They both hate being ignored and being bossed around because their egos simply can’t handle it. Honesty and doing whatever the heck they want are the things a Leo man and an Aries woman like the most.

A Leo man isn’t quite a sapiosexual like Gemini, Aquarius, Scorpio or Virgo men are, but he’s also into an intelligent woman. He doesn’t actually prefer brain over looks but let’s say that he pays equal attention to both of those things in a woman.

No matter how beautiful a woman looks, a Leo man can never be with her if she doesn’t have the brains. And that’s why an Aries woman can win a Leo man’s heart that easily. She has both – the brain and the looks.

7. Her headstrong and determined nature 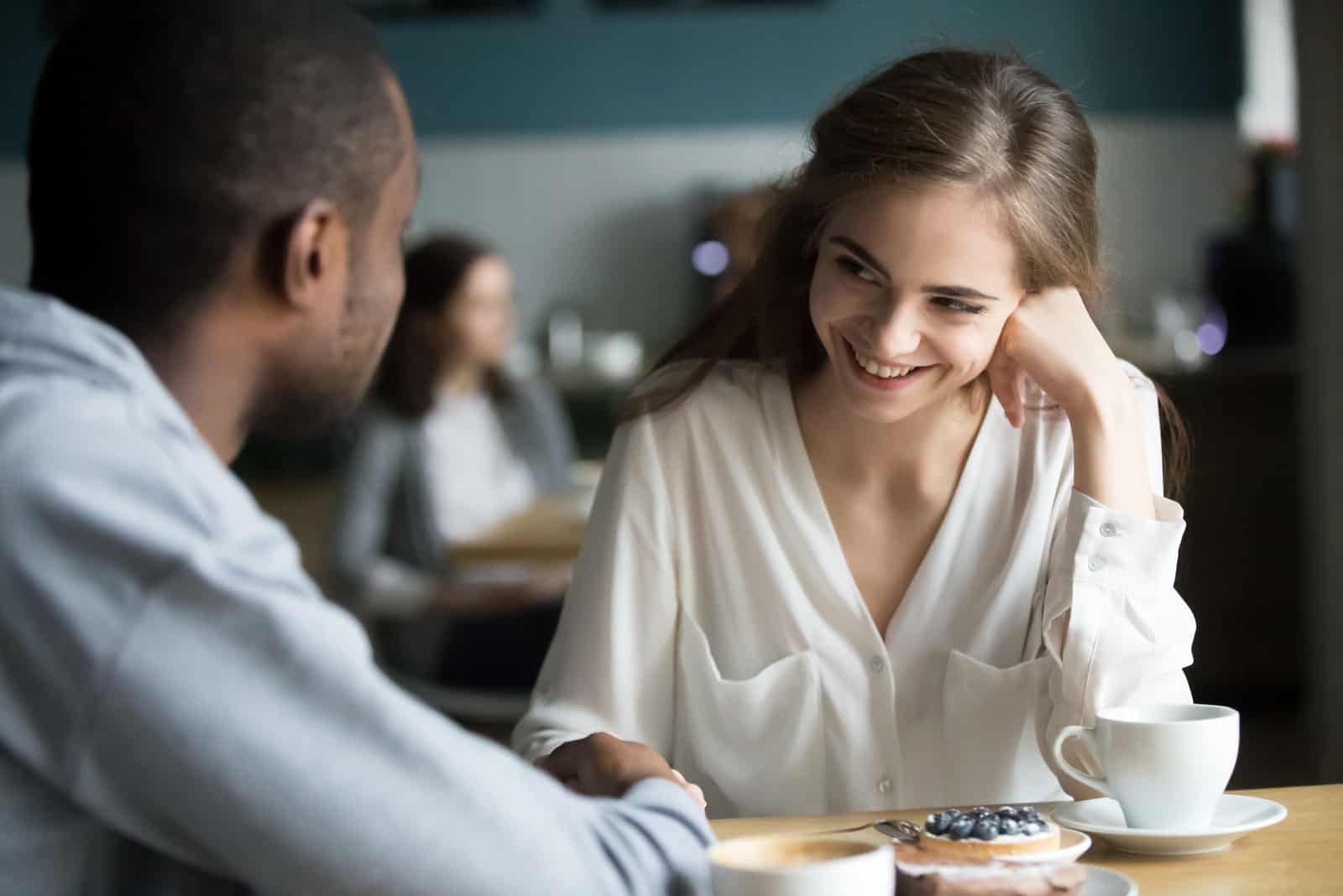 Leo and Taurus men are probably one of the most stubborn males in the horoscope. Even though a normal person would avoid stubborn women because of the conflict of interests, these two actually like headstrong women.

It’s a real miracle how a relationship between two such stubborn and determined people works so well but it does. And maybe that proves the best how strong their love is.

The thing that attracts Leo and Libra men in women is confidence. They’re both strong men and they need to have a strong, confident and independent woman by their side.

An Aries woman is all of that. She is his lioness and he appreciates her the most because of her strong nature. He knows they can overcome and achieve everything as long as they’re together.

9. She’s so kind and outgoing

Just like Sagittarius and Scorpio men, Leo men also like relaxed, fun and outgoing women. A kind woman who is friendly and likes going out will always attract a Leo man.

Those are all the traits of an Aries woman. She has a huge circle of friends, she’s always the favorite person in the gang and everyone who had the opportunity to meet her has the most beautiful opinion of her.

10. She knows what her priorities are 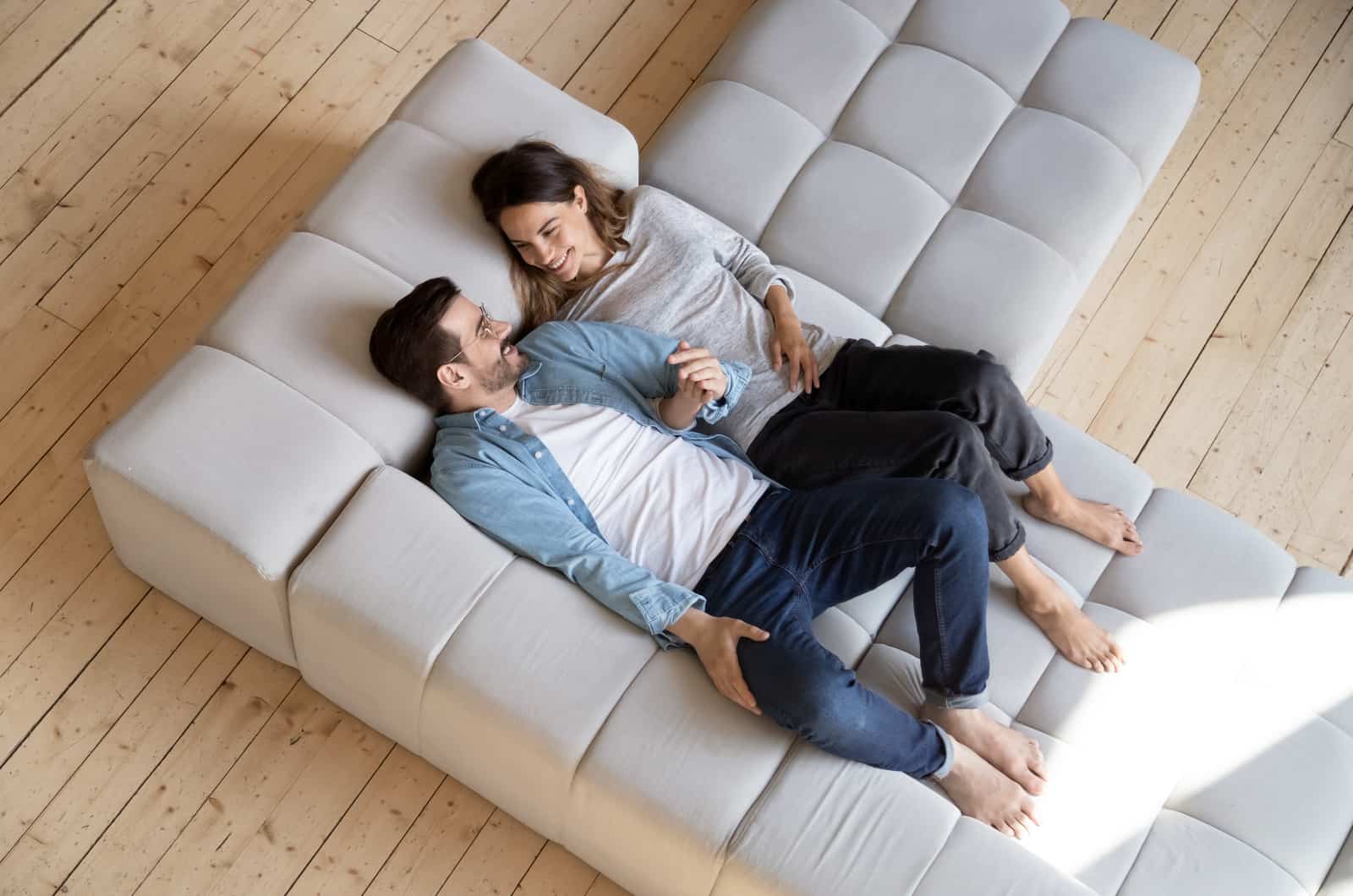 A Leo man looks for his lioness, a woman with whom he’ll walk through life and achieve all of their goals and dreams together. A woman who knows where she stands in life and what she wants out of it.

In other words, a woman like the Aries woman. She has priorities in life and a clear picture of how her life will look ten years from now. It’s really no wonder these two get along so well.

11. The way she shows understanding for his needs

Personal space is of high importance for guys born under the Leo sun sign and that’s the most common reason they often break up their relationships too soon.

Somehow, they always run into clingy women who don’t respect their boundaries and always invade their personal space.

An Aries woman is everything except that. Her freedom is also important to her and that’s why she knows how to respect a Leo man’s needs for alone time. From the bare beginning their boundaries will be known and both of them will respect them throughout their relationship.

12. She knows how to spice up their sex life

When it comes to their sex life, the Aries woman knows exactly how to attract and please her Leo king. They both can never get enough of each other in the bed.

She’s open to trying new things in bed and she always tries to make up new ways and the hottest positions that keep the spark alive behind the bedroom door.

She knows all the places to touch her Leo man to drive him crazy and is there a man who wouldn’t be attracted to it? I don’t think so either.

13. The way she’s committed to those she loves 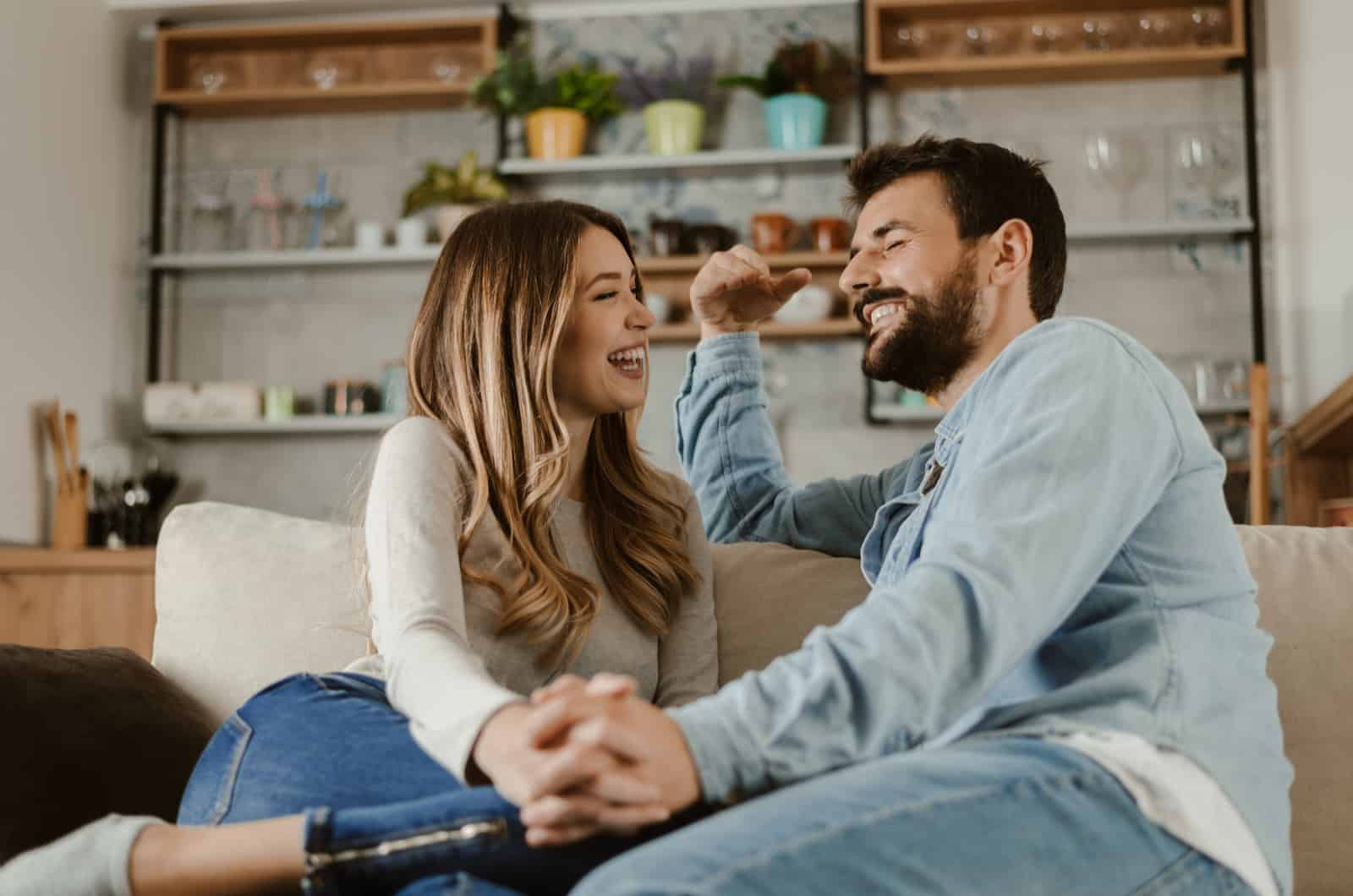 The first moment a Leo man sees an Aries woman around her loved ones and the way she treats them, he’ll fall in love with her. He can’t help himself when he sees a gentle and caring woman.

See also: 12 Warning Signs That Show When A Leo Man Is Done With You

Are Leos And Aries Soulmates?

When it comes to the Leo man-Aries woman love match, the very high score in their zodiac compatibility says it all. I would say that these two are a real definition of soulmates, in every possible sense of the word.

The connection they have, the magnetic attraction between them, the way they both work continuously on their relationship… Those things are simply amazing and they’re the best proof of what a perfect match Aries and Leo are.

They’re one of those power couples of the zodiac. They complete one another and their love motivates them to become better partners and, most importantly, better human beings.

Can A Leo Marry An Aries? 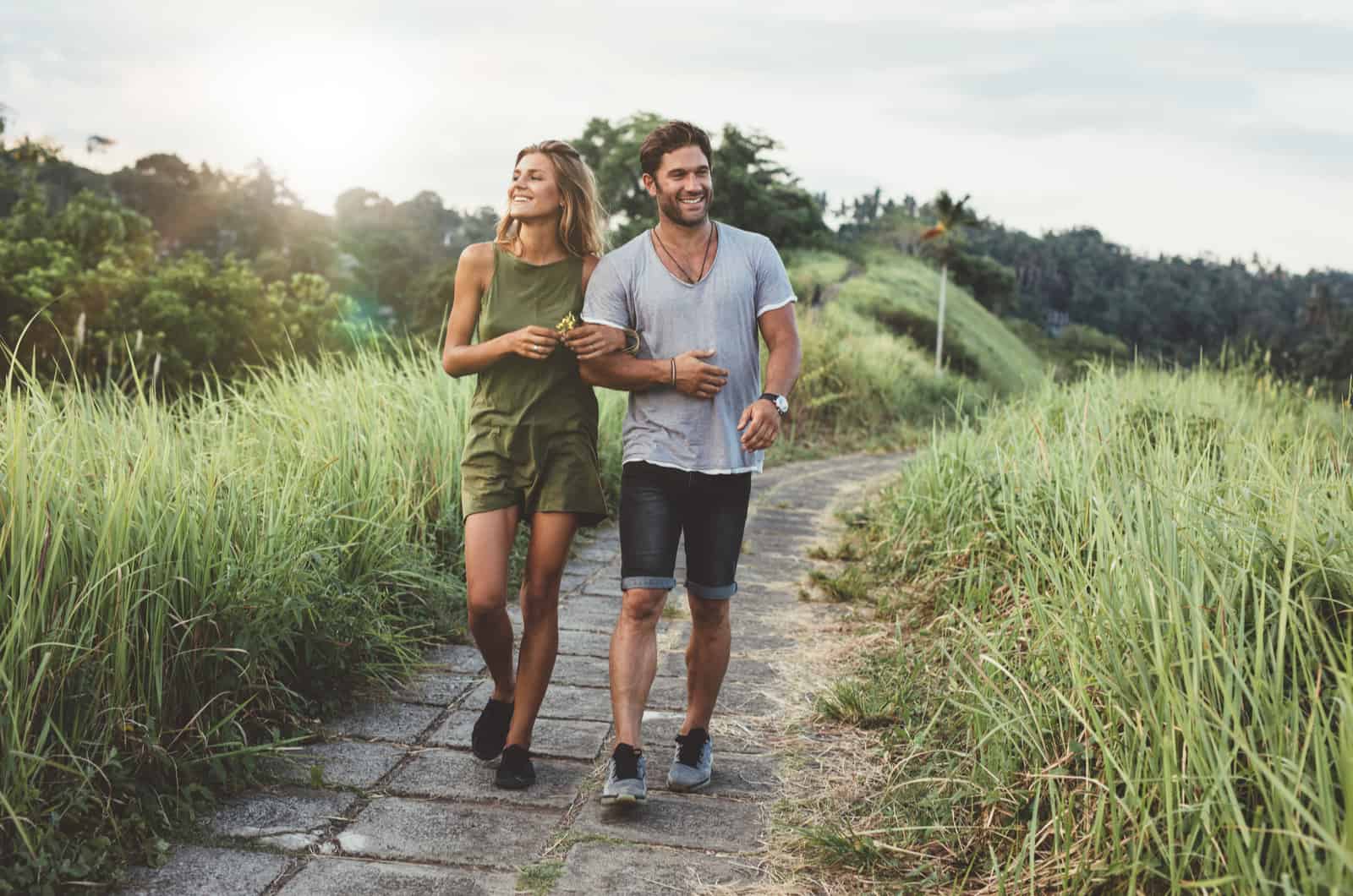 With such high love compatibility, not only they can marry each other but they have a great chance to have an amazing marriage. An Aries has all the qualities a Leo looks for in a romantic partner and vice versa.

Marriage and family life are something that both Leo and Aries strive for in life. And once they finally meet each other, it won’t take long for them to decide to take that step together.

Most importantly, their marriage will be filled with love, happiness, respect, understanding and passion. And those are all the traits of a happy and successful marriage, right?

Are Leo And Aries Good In Bed?

The sexual energy of these two zodiac signs is a perfect match, so it’s no wonder they have such great sex compatibility. They just know all the hot ways to please one another in bed.

Actually, most astrologers agree that there is no better combination, when it comes to sex, than this one of Leo and Aries. They attract each other like a magnet and the spark they have in the bedroom is simply unbelievable.

After all, both of them belong to the fire signs of the horoscope, so it’s no wonder they have such a passionate sex life.

If they get married, lack of physical intimacy won’t ever be a problem for them because both of them have their ways of keeping the spark in the bedroom alive. Every time Aries and Leo get together behind the closed bedroom doors, a true explosion of passion happens.

See also: How Does A Leo Man Test A Woman? 20 Clear Signs 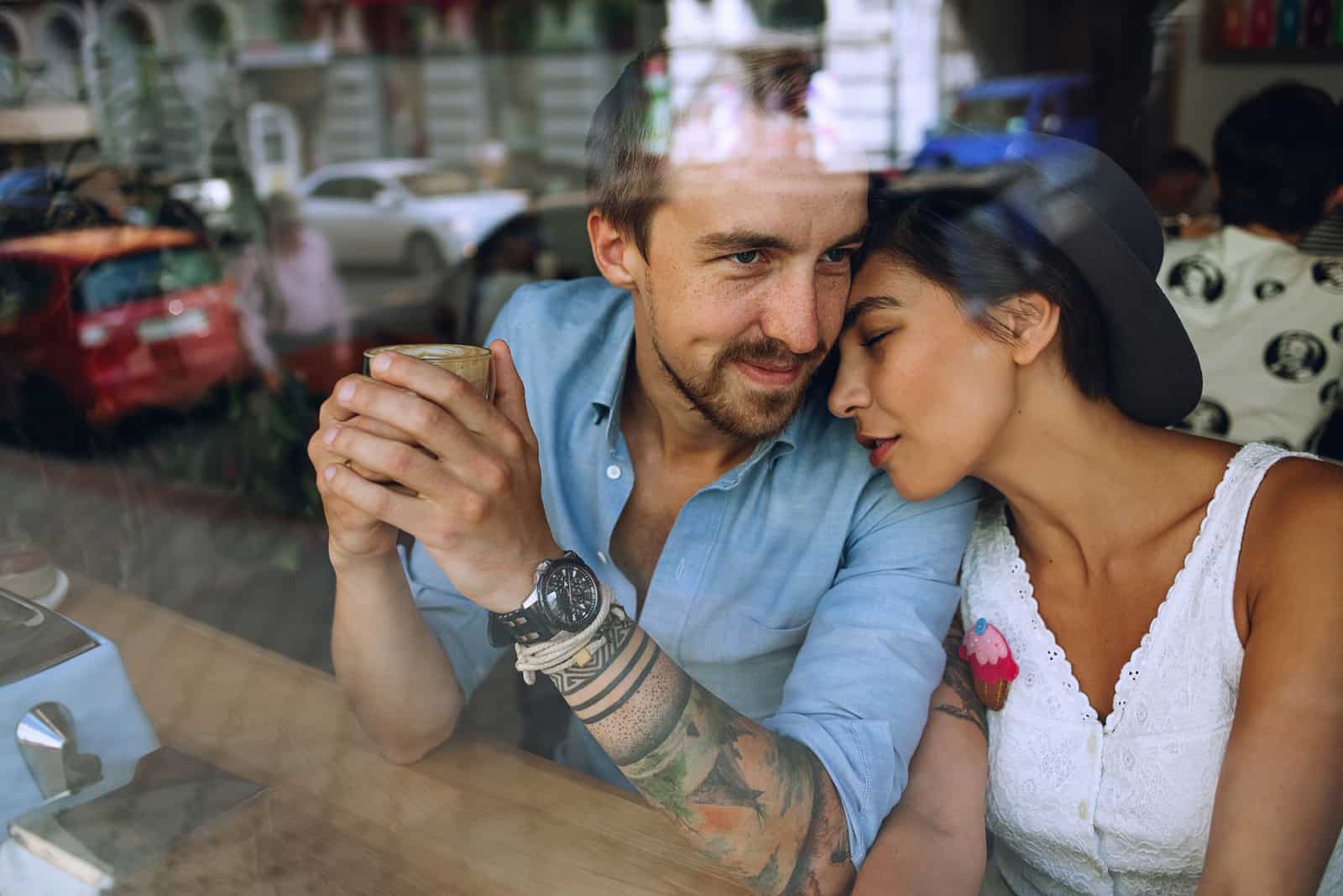 I hope you understand now why is Leo man attracted to Aries woman. To be honest, an Aries lady really has extraordinary qualities that can charm any man.

If you’re a Leo guy dating an Aries woman or vice versa, you really have nothing to worry about. The Leo man-Aries woman compatibility is amazingly high and you two have the potential to build such a happy, healthy and lasting relationship.

Now that you have found out some information, the rest is up to you. The stars have spoken in your honor but you two also need to be prepared to put effort into making things work.