You’ve done a new tarot reading, and an unexpected tarot card has appeared that you’ve never seen before. This is why you’re wondering: What is the Magician tarot card meaning, and why is it so popular?

Today, I’ve brought you a guide on the meaning of the Magician, his symbolism, and upright and reversed meanings. I hope this article helps you better understand what your tarot deck is trying to tell you. 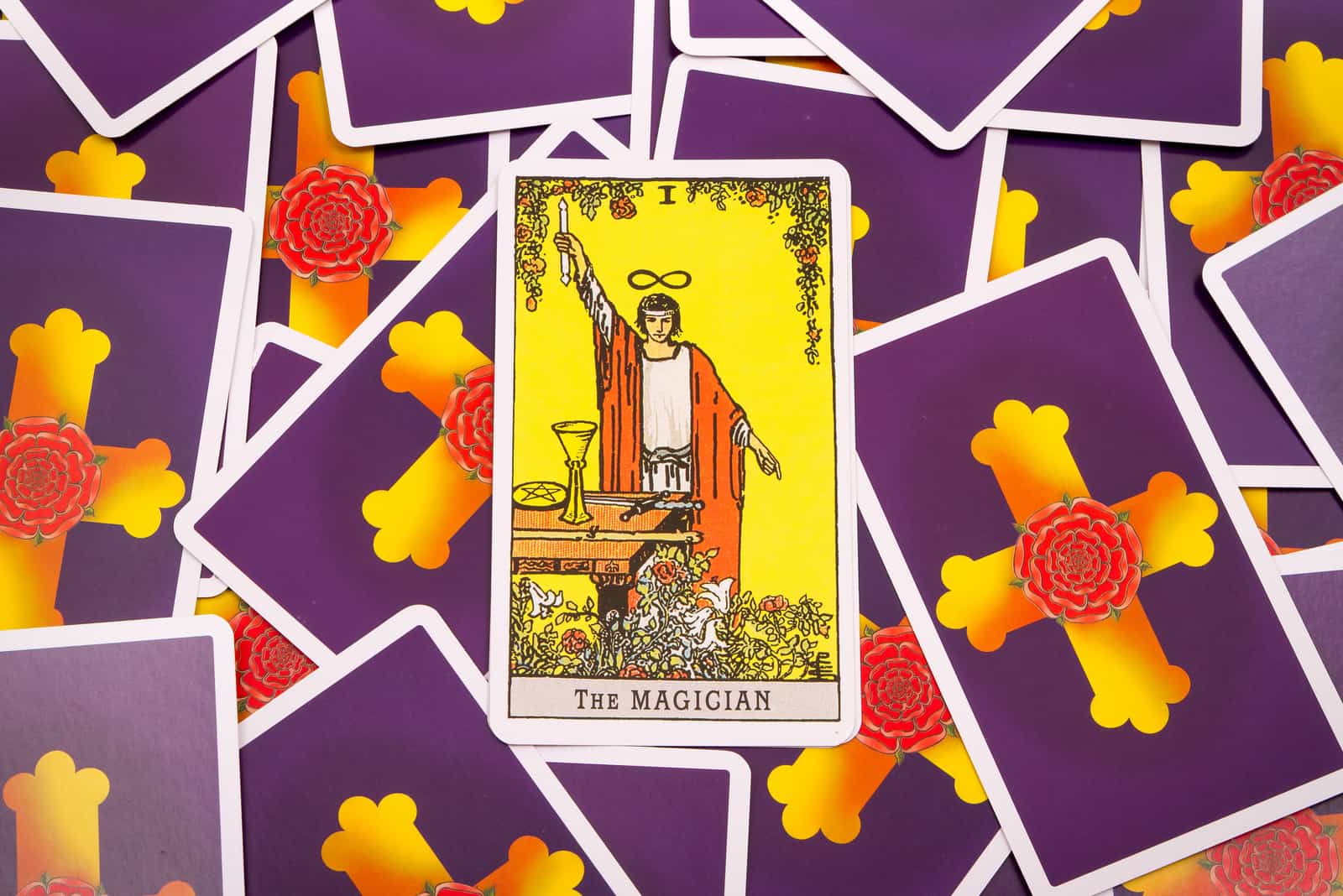 We can interpret the meaning of the Magician tarot card differently, and it always depends on the tarot reader. One interpretation of this card is that it represents creativity and intelligence.

This interpretation comes from the Magician’s hands raised to show they are casting a spell or creating something new. He is the manifestor of the physical world.

Another interpretation of this card is that it represents wisdom and self-actualization because it shows someone who has mastered their craft and knows what they are doing. The Magician card in the tarot is typically seen as a symbol of self-trickery.

The act of performing magic, which is normally hidden from the audience, displays mastery in manipulation over oneself and one’s environment.

In this way, the Magician reflects what Jung called “individuation,” which refers to someone who has mastered their subconscious and is able to move through life with a sense of purpose.

Regardless of the next card you pull in your tarot card reading, the Magician is always followed by the traits of its zodiac signs, Virgo and Gemini and planet Mercury, making it a great omen for all tarot readers.

The Symbolism Of The Magician Major Arcana Card 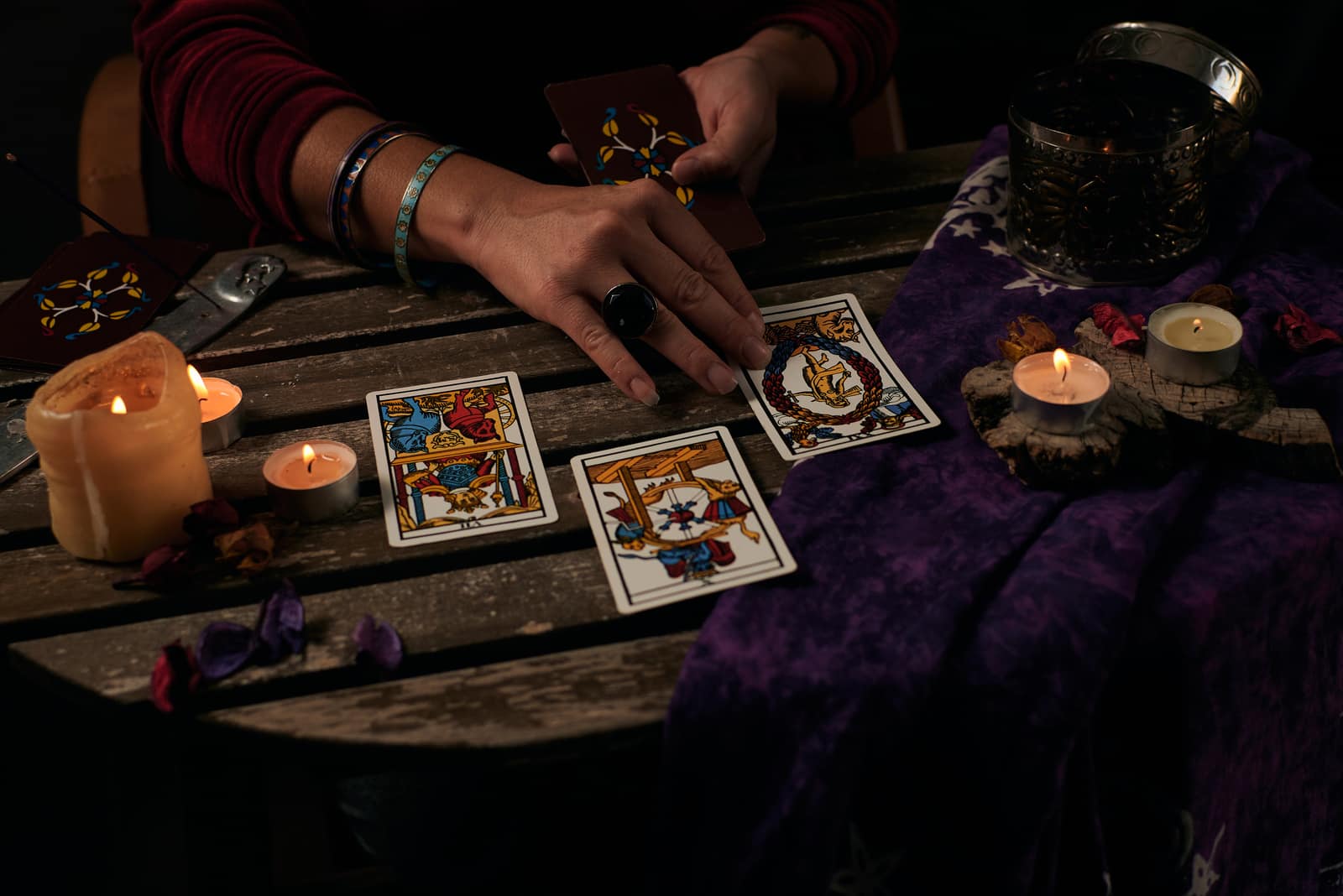 According to tarot numerology, the meaning of the Magician tarot card is number one. This is the first card in the major arcana tarot deck.

The Magician is a symbol of power, and he represents the ability to create change.

The Magician tarot card is a positive one that can represent someone who has an innate sense of creativity and can use it to bring about change in their love life or the lives of others. This person may use their creativity for good or evil.

The Rider-Waite tarot deck represents the Magician as a young man dressed as a trickster. His qualities and tarot meanings of knowledge and love for all things are shown through the infinity symbol on his head and the pentacle on his desk.

He creates new things, and the roses below his feet symbolize this. He is close to other cards like the High Priestess, the Fool, other minor arcana cards, and the Hierophant.

The Magician tarot card meaning has numerous keywords, and here are a few of the most important ones:

10 Upright Reading Meanings Of The Magician

1. Warning you of deception 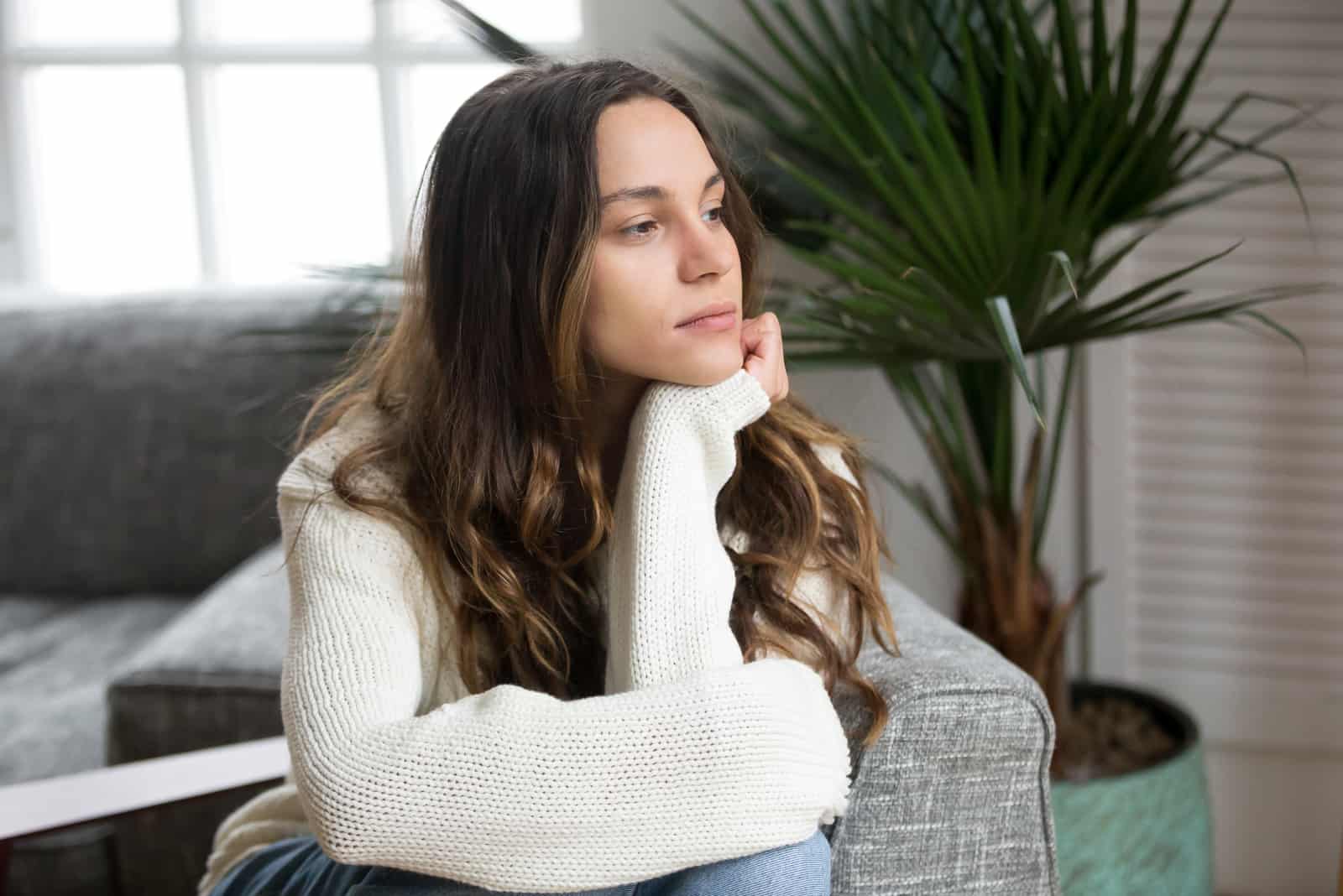 The Magician tarot card means that you should be careful of what you wish for. It can also be a warning that you are not seeing the whole picture and need to take a step back. Maybe you need to take a look at the situation from different angles.

The Magician, especially the reversed Magician, can be warning you against deception. Someone might be deceiving you, and the Magician is telling you that you should stay away from them because they are a player.

The Magician tarot card can represent many things in life, but it often represents someone who has found their true calling and is now living their dream job or doing what they love to do every day.

If you want to achieve this and be like the Magician, he is messaging you that you need to start using the lessons you have already learned.

The Magician tarot card meaning could also signify near career changes in a career reading. This means a new business or new job. Of course, it could also warn you of the things you should never give up for someone else.

The Magician reminds you that you need to focus on your career this year and that general change is coming your way.

Oh, I enjoy love readings the most, and I hope you do too. If you get the Magician in this type of reading, it might mean a new romance is on its way. It actually has a positive meaning when it comes to love, just like the Empress tarot card.

Your love life might be in a bit of a mess, but I am sure it’s going to work itself out once you meet someone special.

If they are foreshadowed in the tarot, this person will be a type of soulmate to you. They even might be a twin flame who will teach you the meaning of love and the value of love.

The Magician tarot card is a symbol of new beginnings, bringing creativity, innovation, and invention with it wherever it goes.

The Magician is the archetype of the artist and inventor who has mastered both his or her own creative powers and the forces that govern nature.

The Magician tarot card meaning can represent a new beginning or be interpreted as a sign that you are about to embark on a new project or endeavor in your life. This could be a new chapter in your life or a magical new beginning.

Yes, the Magician is considered a trickster, but he will not fool you. It is the other people around you that you hang out with that he is warning you against.

This card can be a warning to watch out for someone who is trying to deceive you in some way. Of course, it can also be a warning that you are deceiving yourself and not seeing the truth.

The Magician tarot card has a general meaning of deeper knowledge. This is usually interpreted as an indication that you are being guided by your intuition, making you an intuitive woman or man.

It also means that you should trust your gut instinct when making decisions. It is a sign that you are about to embark on a new creative project or endeavor and should proceed with being an intuitive empath.

8. Use help and resources 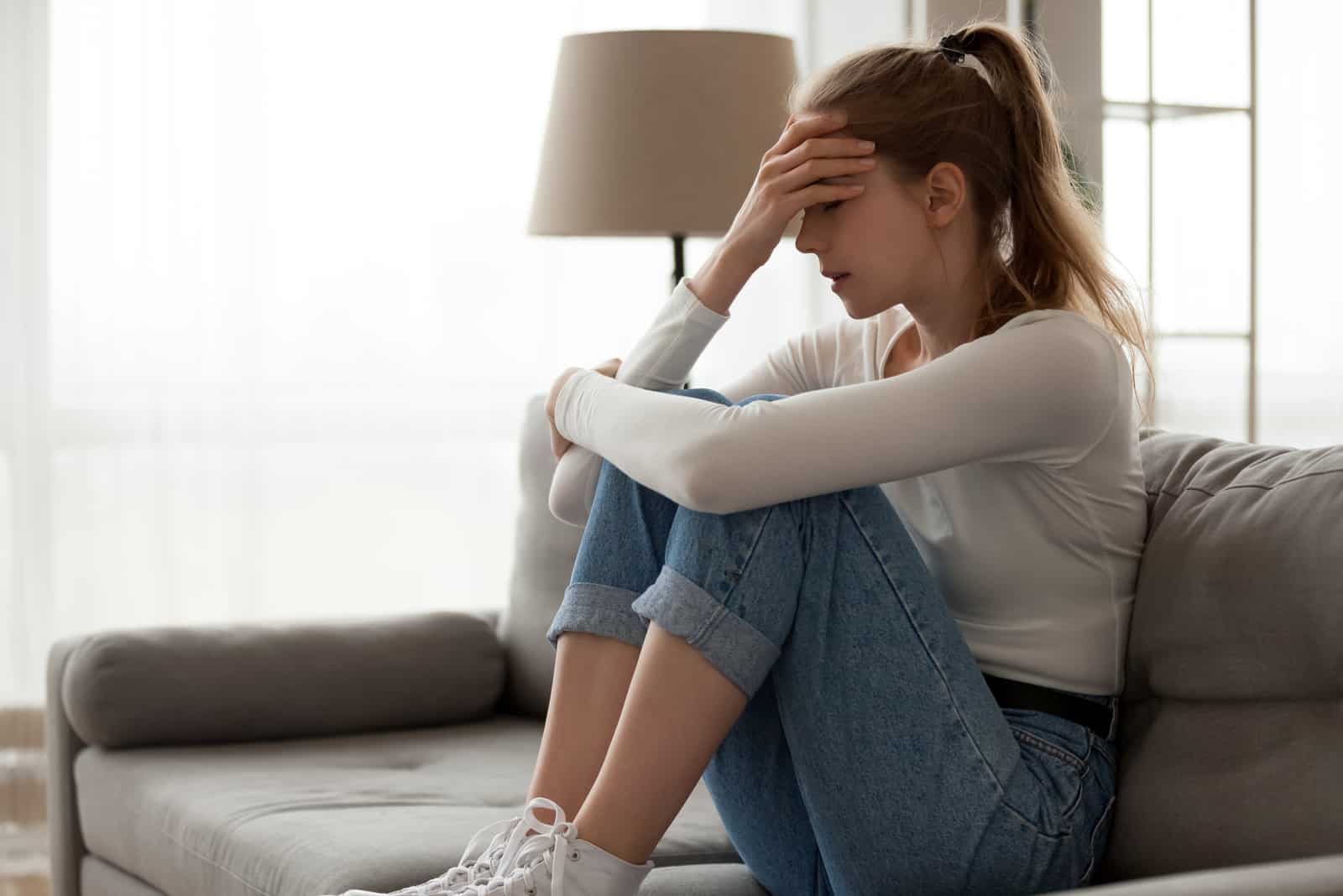 He is foreshadowing a future event where you won’t be able to rely solely on yourself or think it through. This means you might need help with being depressed or when feeling unappreciated in your life.

The Magician tarot card is about self-reliance and self-confidence. It is there to remind us of the power to create change in each one of our lives.

The Magician tarot card meaning is about taking responsibility for your own life and not waiting for someone else to do it for you. Maybe the Magician is telling you your life needs to be more private and that you need to embrace your feminine power.

The Magician might be telling you that you are manifesting someone or that someone is manifesting you, but the main thing is that it’s working.

What Does The Magician Mean In Reverse? 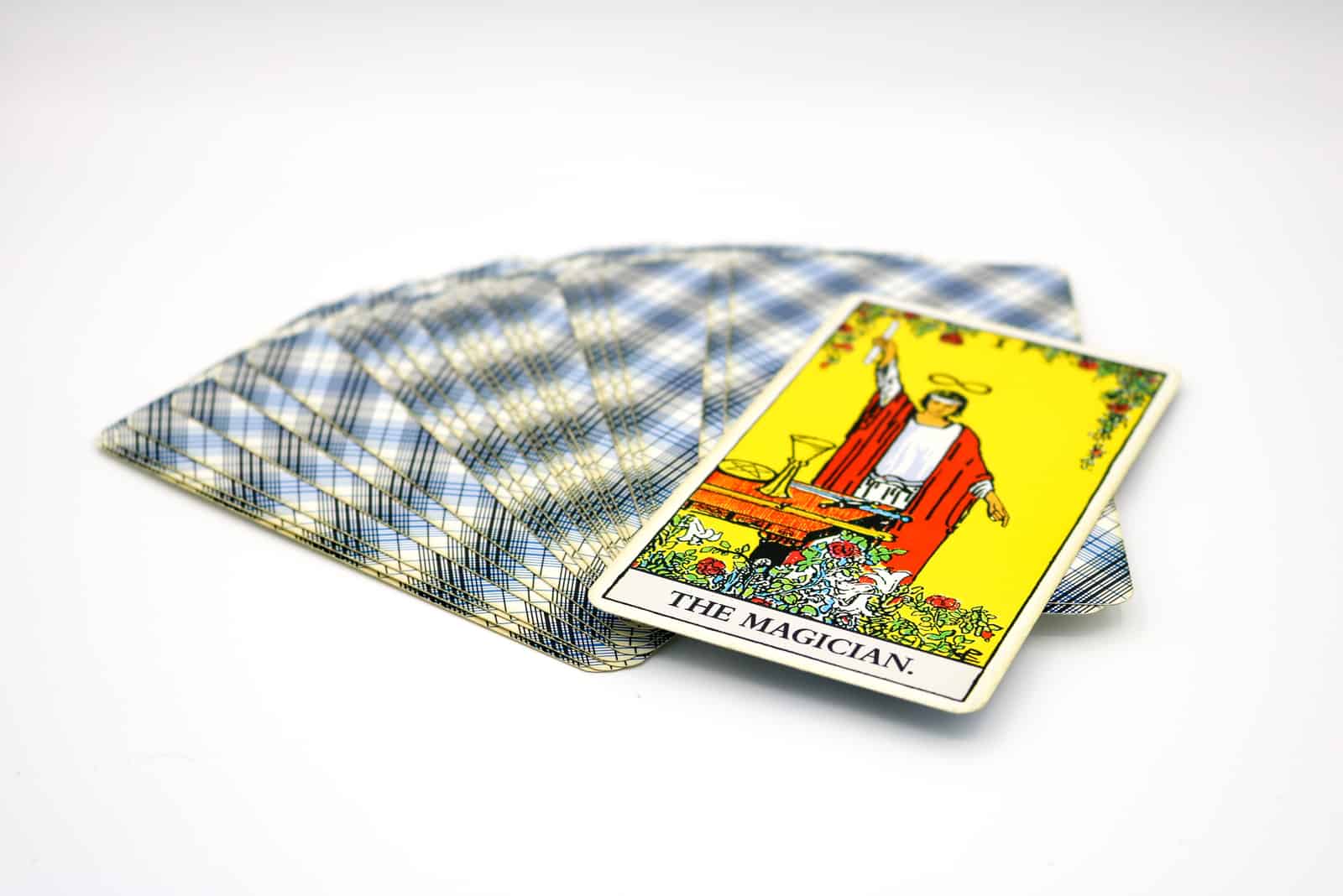 So far, we’ve understood the upright meaning of the Magician. Now, let’s look at the reversed Magician and his meaning in the tarot deck.

It can be a sign that you are not being true to yourself. The Magician tarot card reversed meaning implies deception, manipulation, and illusion are at hand in your life. This card can signify that you are not focusing enough on your own needs.

The Magician reversed tarot card meaning is often associated with the inability to see the bigger picture. Of course, it can also signify a lack of focus. This can be attributed to a lack of self-awareness, which may lead to you feeling like you are being pulled in different directions.

When asking whether the Magician has a yes or no attitude in this type of oracle, it’s not hard to determine that the upright Magician always means yes.

The Magician tarot card is about the power of manifestation, creativity, and transformation. The Magician is someone who has mastered their craft and has the ability to create something out of nothing.

This should motivate you to reach your full potential and strive for the stars. In the end, I hope my article helped you understanding the cards and that now you know the Magician tarot card meaning.