You’re here because you’re dating a Sag man, and you can’t shake off the feeling that something is off in your relationship… You doubt his feelings and his intentions, but you don’t know how to get to the truth…

There is one question you’re desperate to find the right answer to, ‘How to know if a Sagittarius man is playing you,‘ and that’s precisely why I’m here. I’m going to reveal all the little things that can prove if your Sag man is being honest with you or not.

We’ll go through all the Sagittarius man secrets, and I’ll help you blow the ‘good guy‘ cover from your Sag guy.

How To Know If A Sagittarius Man Is Playing You: 13 Obvious Signs

While most people consider the number 13 to be synonymous with bad luck, for you, it’ll actually be a lucky number from this day on. Because I’m about to reveal the 13 signs your Sagittarius man is only playing you.

1. He constantly avoids ‘the talk’ 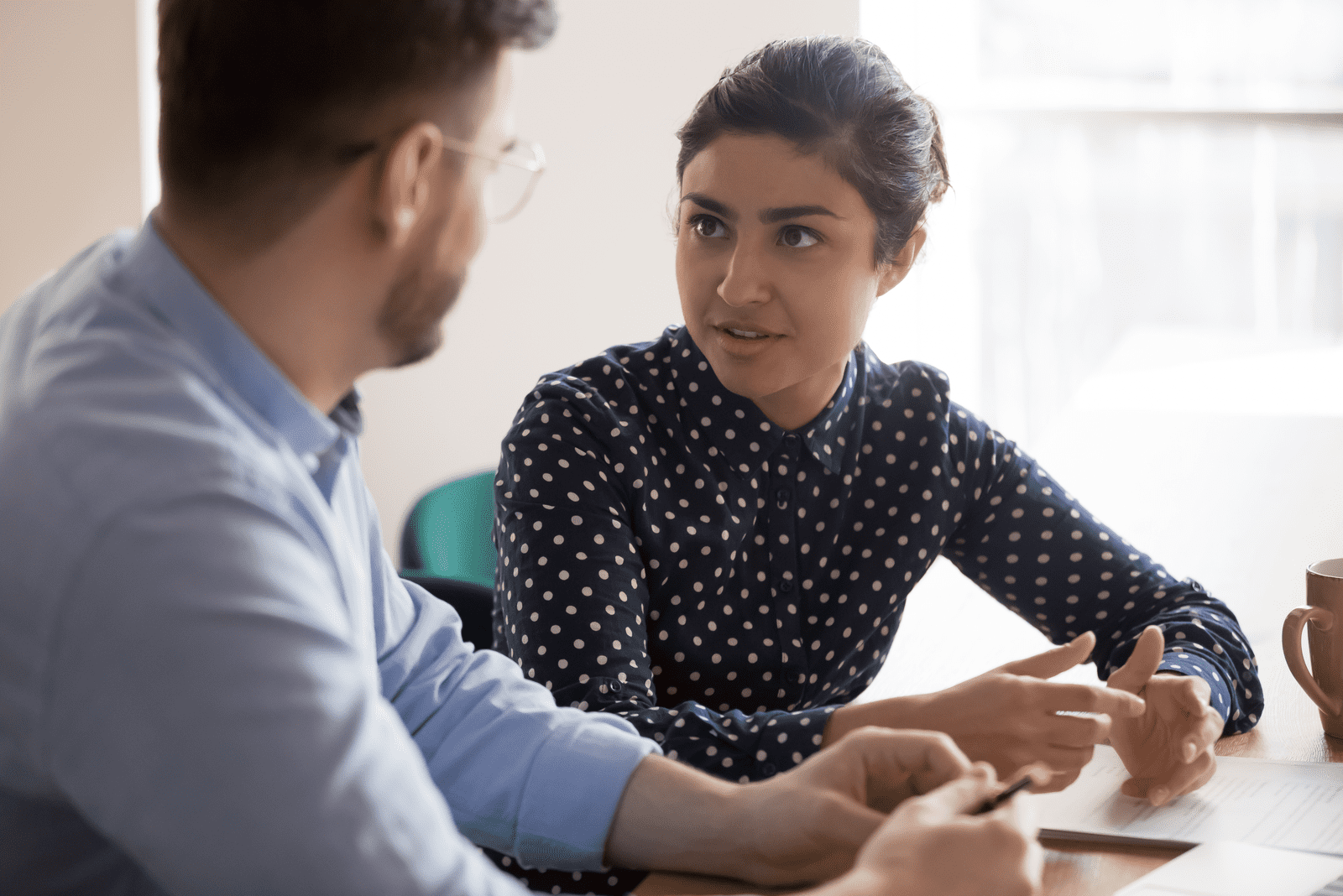 The Sag man may be a freedom-lover and has no problem indulging in casual relationships. However, a Sagittarius man in love is quite the opposite.

When a man born under this fire sign falls honestly in love with a woman, he’ll do anything to prove to her that he’s committed only to her. He won’t try to hook up with other women or do anything behind her back.

So, I think this makes things pretty clear. If your Sagittarius man doesn’t want to talk about making your relationship serious, he isn’t planning to stay in your life for too long.

Sagittarian men are known as perfectly blunt peeps, and the only time they avoid a topic or question is when they want to use someone. That’s why, if your Sag doesn’t want to talk about indulging in a serious relationship with you, it’s clear that he is only playing you.

2. He needs a lot of alone time

As I said, Sagittarian men (just like Geminis) are freedom lovers by nature, and they always need space in relationships with other people. However, that doesn’t mean they’ll spend all of their time in their personal space.

If your Sagittarius man asks you to give him space and sets clear boundaries about it, you should respect it.

However, the first time you sense that he enjoys spending time alone more than he does spending time with you, it’s a huge red flag that he doesn’t care about you as much as you think he does.

3. He acts cold and distant most of the time

Aries, Sagittarius, and Leo men belong to the fire signs of the zodiac, which makes them highly unpredictable. It also makes them the most difficult men of the zodiac to understand and ‘read.’

That’s why this point can be a very tricky one, and you need to pay close attention to how you handle it. The truth is, there might be several reasons why your Sagittarius man seems distant.

4. But, he also tries to convince you that he loves you 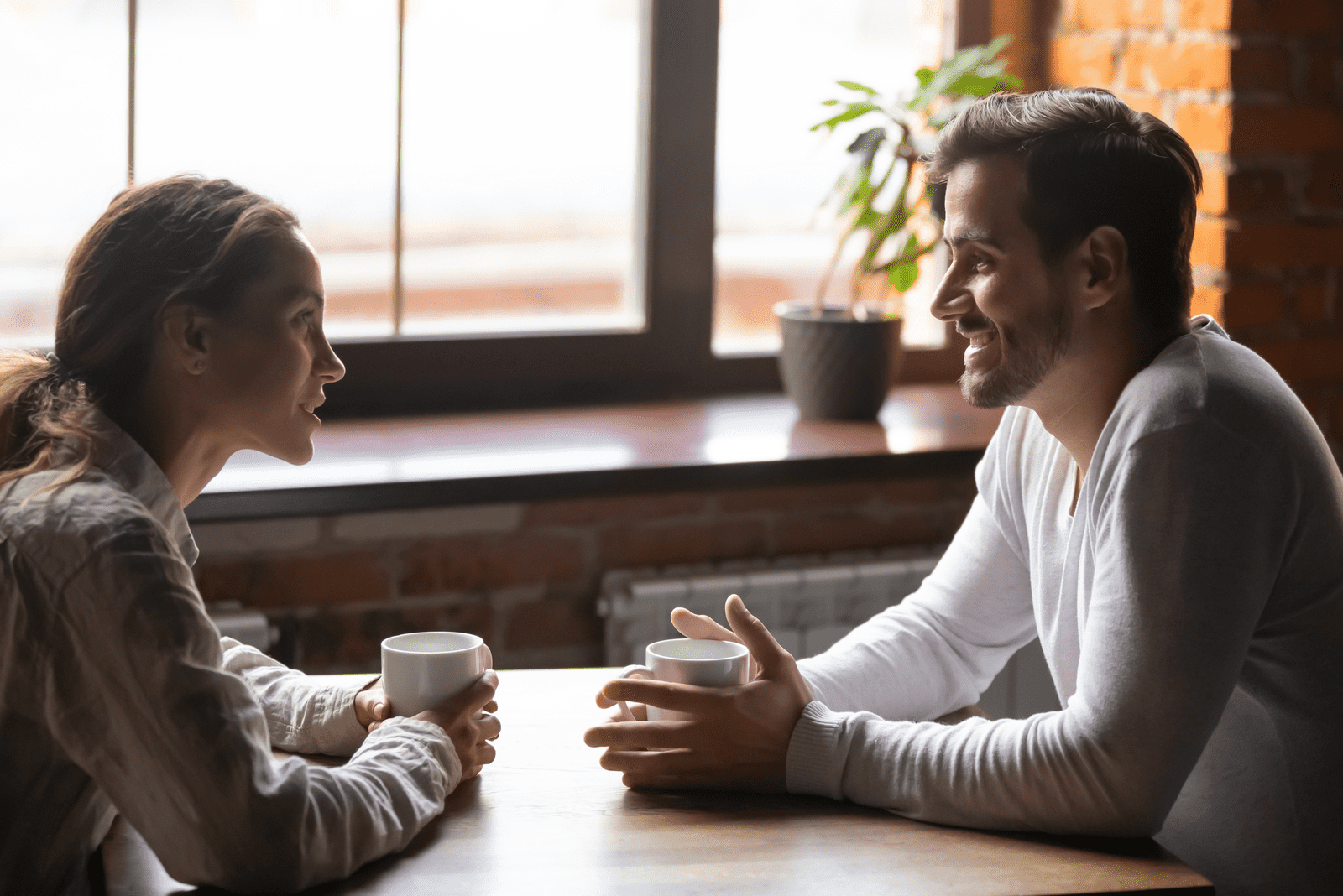 Yes, blowing hot and cold is a hell of a good sign that he’s only playing with your emotions. He’s probably already aware of your feelings and is using them to go and come back whenever and however he wants.

Frankly, when a woman falls in love, all she wants is confirmation that the other party feels the same. And that’s exactly what your Sagittarius man is using to his advantage.

He knows that he can lead you on simply by telling (read: lying) you that he loves you. He knows that you’ll always welcome him back as long as he keeps showering you with his sweet, little (but false, of course) confessions of love.

5. However, that ‘confession of love’ is never backed up by his actions

And that’s the biggest problem. That’s the most obvious sign your Sagittarius guy is lying to you.

By the way, if you didn’t know, Aquarius, Libra, Pisces, and Sagittarius are the four zodiac signs that are most likely to make empty promises. That says it all, right?

I’m telling you, your Sagittarius man is going to break your trust, and he won’t care about it at all. He’ll already be on the hunt for a new victim, a new girl he’ll be able to play with how he wants.

6. His body language says it all

If a Sagittarius man is not interested in indulging in a romantic relationship with you, he’ll have pretty closed-off body language every time he speaks to you.

He won’t be paying attention while you talk, he’ll behave as if you’re boring him to death, he’ll constantly check the time as he can’t wait to leave…

Those are all little but highly important body language signs that your Sagittarius man is only using or playing you.

7. He flirts with other women all the time

If he flirts with other women in your presence even though you’ve asked him politely not to do it anymore, try to imagine what he is doing behind your back…

When it comes to their love life, Sagittarian men are known as the most flirtatious men of the horoscope, together with Gemini and Scorpio men, but it all stops once they catch feelings for a woman.

You don’t need a guide to Sagittarius man secrets when it comes to flirting because it’s clear what his main technique is… He seduces women using his incredible sense of humor.

I bet it’s how he won you over, right? Well then, if you’ve noticed that he’s making other women laugh, too, it’s a huge red flag that he isn’t planning to only stay committed to you.

8. He never posts about you on social media 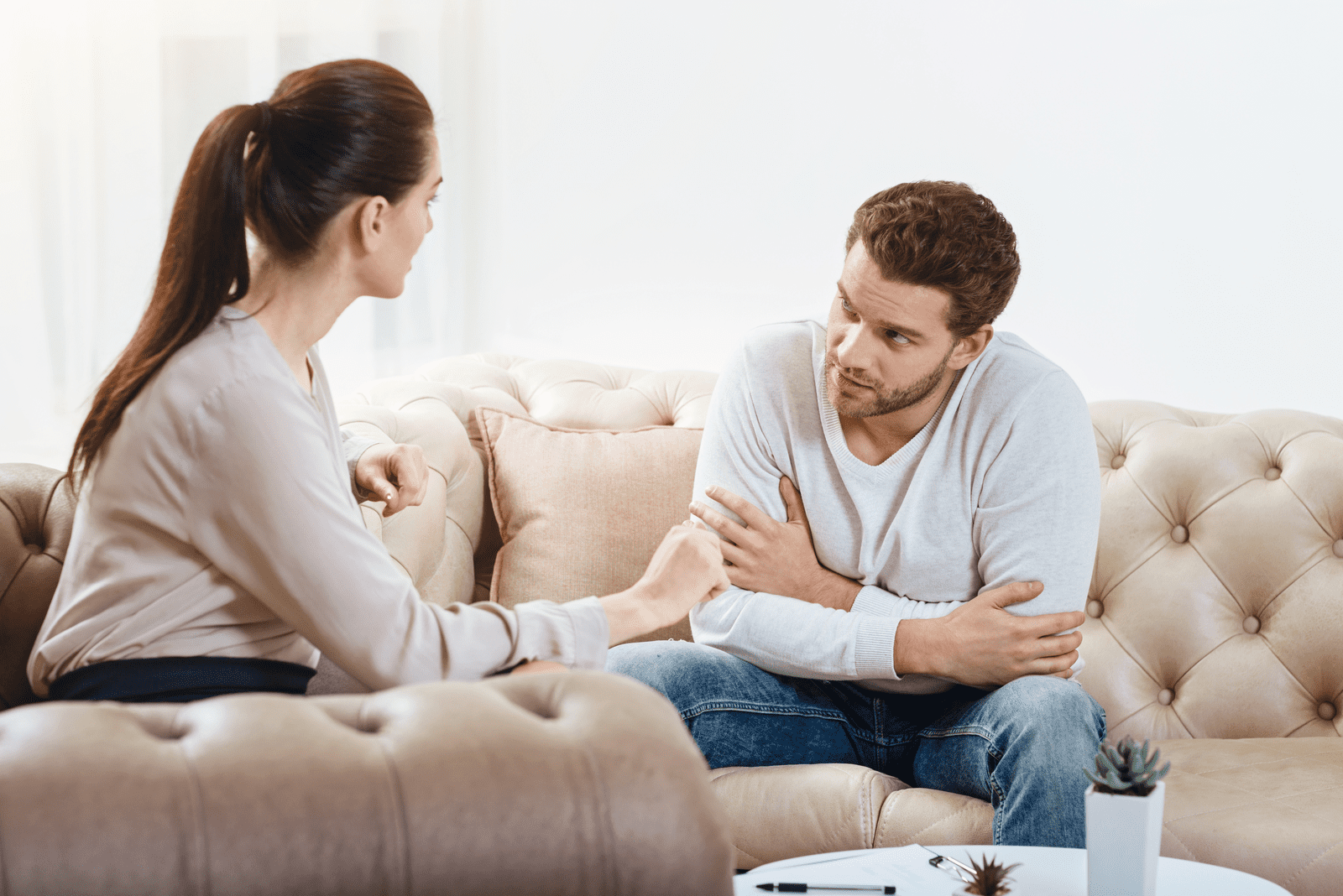 If he never posts your pics on social media or allows you to post pictures of him, it’s a clear red flag that something is off. Either he isn’t sure about your relationship, or he doesn’t want others to know that you two are together.

Whatever the reason, you need to talk about it with him. And don’t fall for his lame excuses. There is a reason he’s hiding your relationship, and until you find it, don’t stop looking.

9. Nor does he want you to meet his family and friends

You need to understand one thing about Sagittarius men: friends and family are their main priorities in life, and they appreciate their opinions more than anything else.

That’s why as soon as a Sag man starts a serious relationship with a woman, he’ll introduce her to them, and she’ll definitely need to pass that test to stay with him.

On the other hand, if he avoids introducing a girl to his buddies or family, it’s a good sign he doesn’t have serious intentions with her. As painful as it may sound to you right now, the only reason your Sagittarius man didn’t introduce you to his loved ones is that he doesn’t think you’re meant to stay in his life.

10. You spend time together only when it’s convenient for him

You know what a Sagittarius man likes the most? A good chase. After all, he’s the archer, right?

He’ll chase you until he gets you, and there’s a good chance that he’ll stop being interested in you once he gets what he wants.

I know this scenario a little too well. In the beginning, you were together 24/7, but now, things have completely changed.

You only get to see each other when he says, and it’s probably late at night when he doesn’t have anywhere else to go, am I right? That says it all, and I know that your feelings don’t allow you to see it, but it’s pretty clear that he’s a player who is only using you.

11. He blocks bonding on an emotional level

If you’re born under Aries, Leo, or Libra zodiac signs, you have a great chance of bonding with a Sagittarius guy almost instantly. Because, when it comes to the Sag’s horoscope compatibility, they are the Sag’s most compatible signs.

However, if you notice that your Sagittarius man pulls away every time you try to bond with him emotionally, it’s a good sign that he doesn’t want to be in a romantic relationship with you.

He would prefer to keep things casual between you, and if you aren’t okay with that, you need to confront him ASAP.

12. You can feel that he’s ghosting you 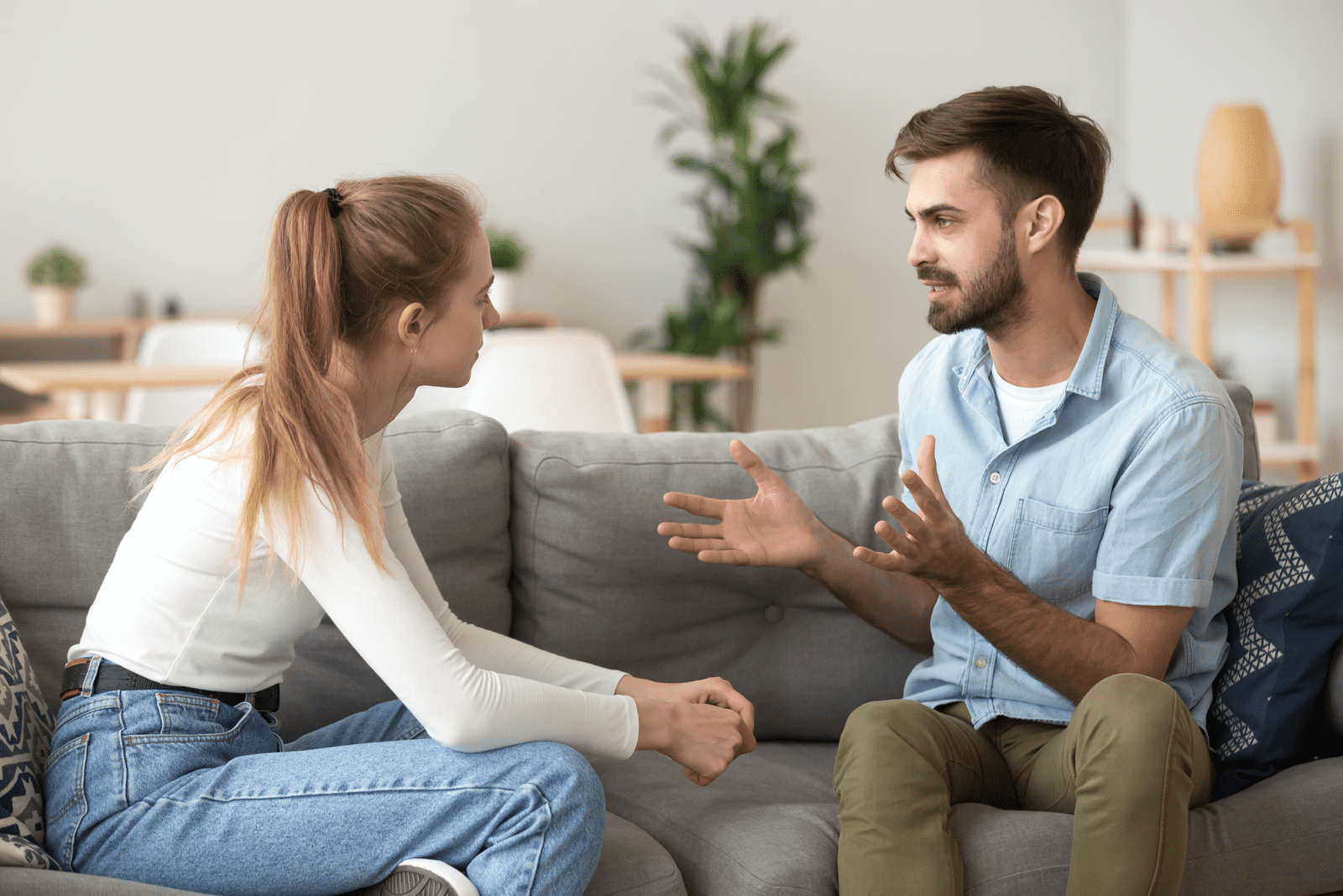 This is probably the worst personality trait of Sagittarius men. They simply aren’t brave enough to stand behind their feelings and actions.

He’ll probably do something that will make you break up with him so he doesn’t have to do it. That’s an easy way out from a relationship, and a Sagittarius guy will choose it over being direct and honest with you every single time.

If your Sagittarius man avoids you and behaves as if you’ve already broken up even though the breakup was never official, it’s the most obvious sign he doesn’t care for you at all.

13. There’s a clear lack of empathy

He doesn’t care if his ghosting is hurting your feelings because he was playing with you all this time, and you were nothing but a toy to him…

The truth is, he never even thought about getting into a serious relationship with you. He knew from day one that you’d be hurt in the end, and he didn’t care.

That lack of empathy only shows that he’s a player. And the sooner you accept it, the sooner you’ll be able to heal, move on, and forget him.

How Do You Know When A Sagittarius Man Is Lying? 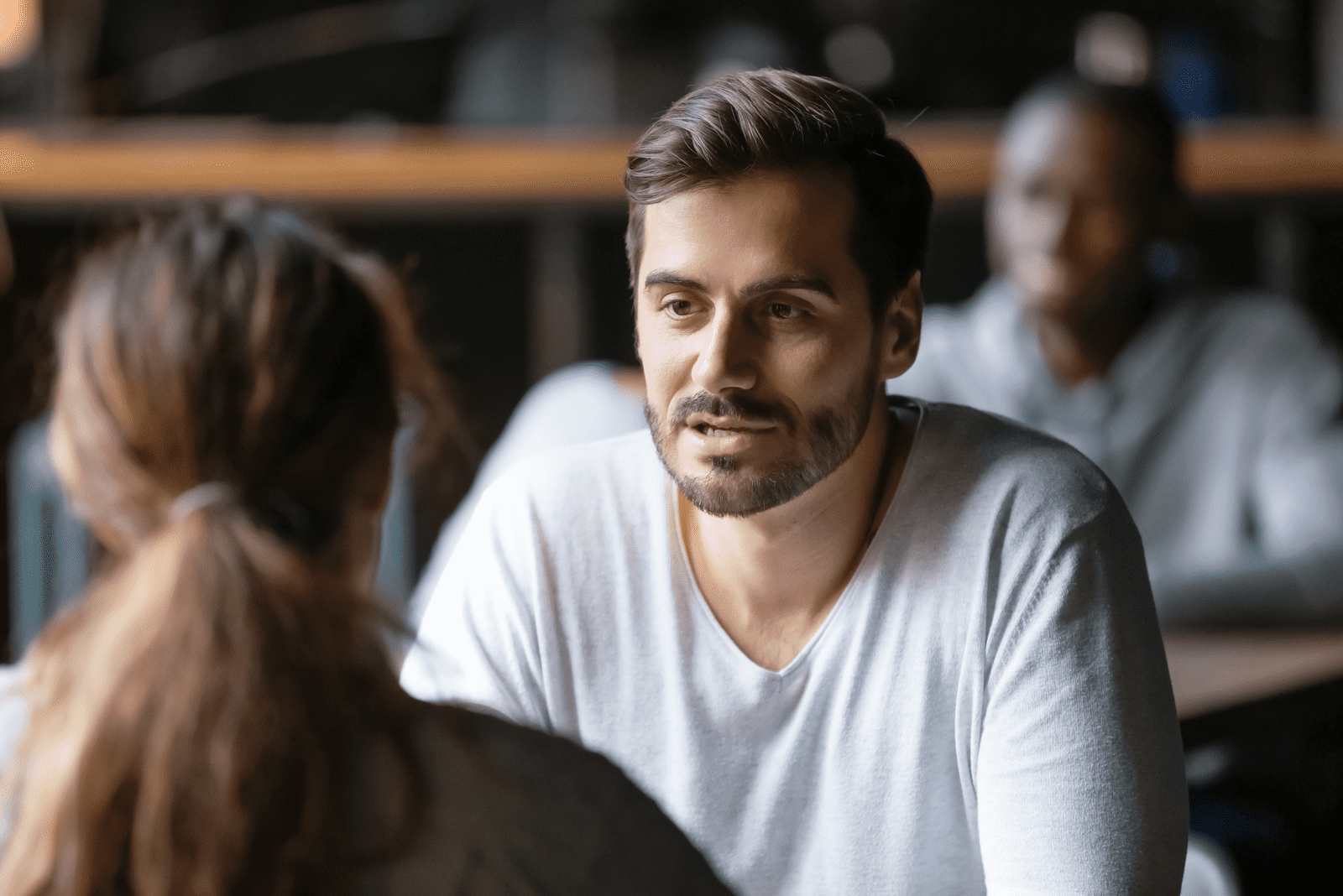 It is actually quite easy to figure out when a Sagittarius man is lying to you. He’s a brutally honest man by nature and is terrible at lying.

So, when you confront him about his lies, he won’t offer you long explanations like a Taurus or Scorpio man would. He’ll try to change the subject and avoid answering you directly.

Is Sagittarius Man A Player?

Men born under the sign of Sagittarius belong to the mutable fire signs of the horoscope. That makes them highly impulsive, changeable, inconsistent, adventurous, and very wise.

I think this pretty much answers this question. He is not a notorious player like the Virgo or Capricorn man, but once he decides to play with a woman, he’ll do it in a way that convinces her and everyone around her that he’s really into her.

If you’re dating a Sagittarius man, you should be very careful. The truth is, you can never know where exactly you stand with this guy because he may do something unexpected at any minute.

I hope I’ve helped you unravel how to know if a Sagittarius man is playing you. If you pay close attention to these 13 crystal-clear signs, you’ll sure as hell reveal his true intentions.

If you recognize most of these behavioral patterns with your Sagittarius man, your next step should be breaking up with him. You don’t deserve to be played, and I hope you know this too.

Also, please, don’t ever blame yourself for falling for a player. You choose to believe in love… You cheered for love until the last moment, and it’s not your fault that love didn’t win this time.

How Do You Know When A Sagittarius Man Is Lying? Top Answer Update - Chiangmaiplaces.net