If you’re even the most casual user of social media, you’ve seen someone call a sexy male celebrity or authority figure daddy. (Maybe you’ve even used it yourself.)

In online conversations, daddy is always used to express sexual attraction for a man who looks masculine and dominant in some way.

Pop culture has made this use of the word daddy a part of general awareness, but what about real life? Why do guys like being called daddy?

Real life is a little more complicated. Even so, unless it’s clearly used as a joke, calling your man daddy almost always has a sexual connotation.

If you’re reading this, there might be a guy in your life you’d like to call daddy or a guy who’s asked you to do so.

Usually, it’s one (or all) of the following reasons: he is a dominant person, he feels that it deepens the intimacy between the two of you, and simply because it’s hot.

“Is it weird?” I hear you ask. Maybe for some people, it is. For others, it’s not much different than being called “baby.”

No one is thinking about babies when using this word in a romantic context, and most people probably don’t imply that daddy means a father figure when they use it.

Let’s see if we can find some of the reasons. 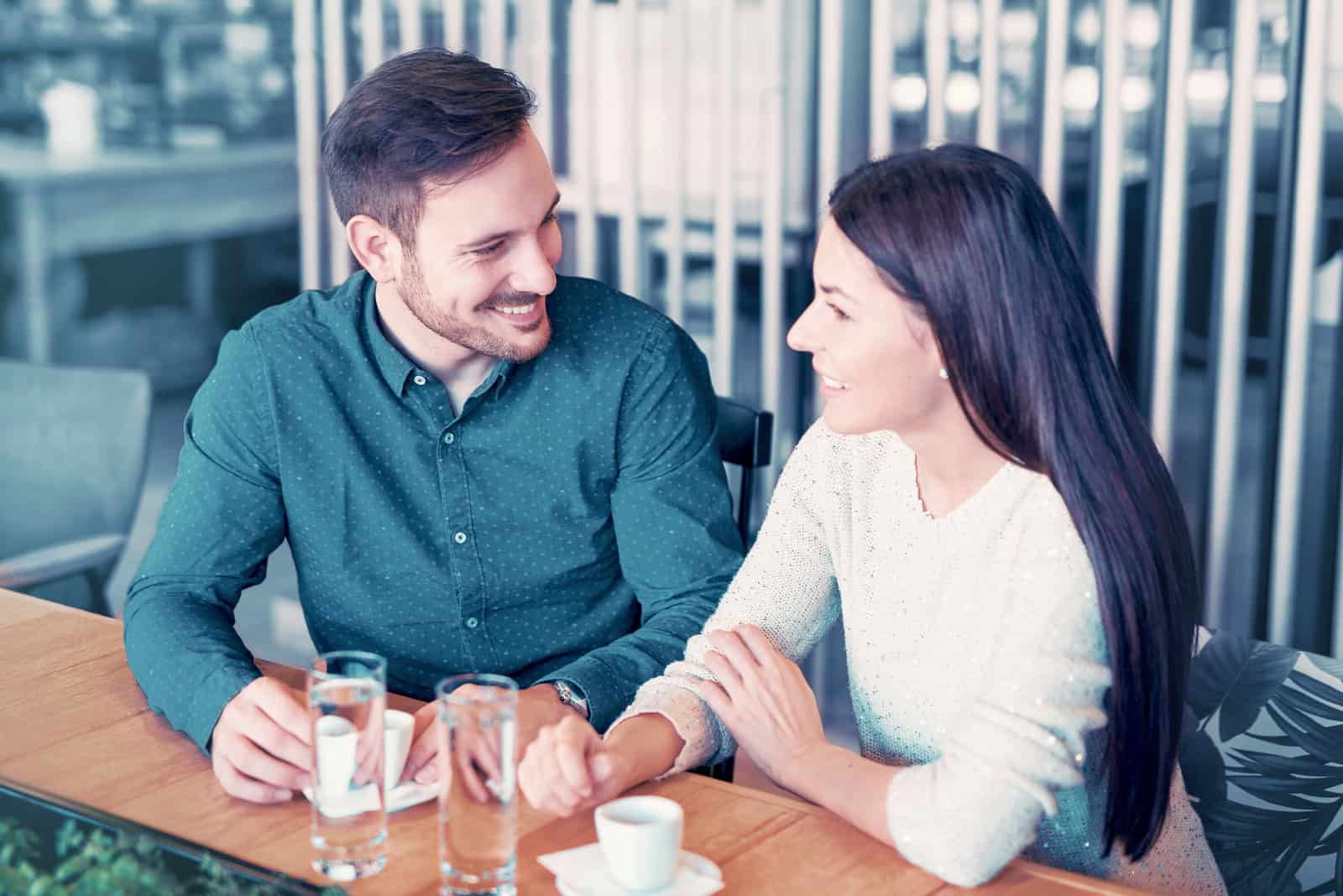 It’s important to note that these practices should always benefit everyone involved. There are those who claim they are a sexually dominant person, but in reality, they are simply controlling.

There are some red flags that he’s not really a dom but actually abusive. If he disregards what you agreed upon or ignores your feelings and limits, you might want to reconsider.

It gives him a feeling of power

When you call him daddy, he feels that you’re relinquishing control and putting him in a position of power over you. As if you said, “You can do anything you want to me,” and it’s up to him to decide what, when, and how.

Your sex life isn’t indicative of other parts of your life, especially your roles in the relationship. Why do guys like being called daddy? Because submitting to your daddy dom is a way to explore your vulnerable side. It can give both of you focus and relief from the obligations of daily life.

He likes to take care of you

There’s much more to being dominant than just being in control. A good dominant always has the submissive’s well-being in mind. His main satisfaction lies in giving you what you need.

Taking care of you gives him a sense of purpose and satisfaction. If both of you are on the same page, it’s his dominance that you need. (Perhaps it’s you who likes the word daddy, and he’s willing to indulge you?)

It’s no surprise that among the people interested in the lifestyle, there are more submissives. Being a good dom is not an easy task. Only people who are stable and strong enough to handle the responsibility can do it right. 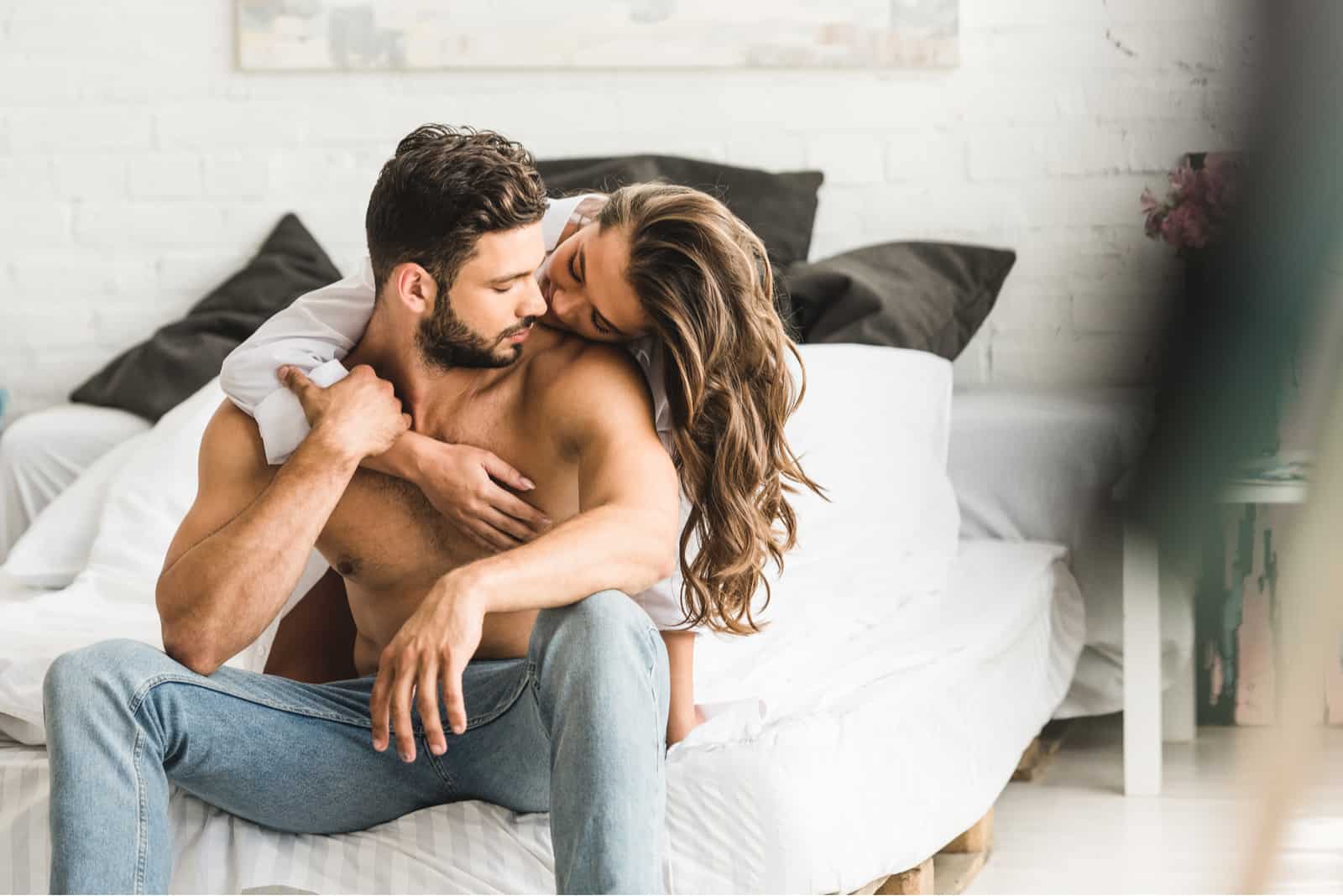 Nothing brings you closer together and helps build trust like shared experiences. When these experiences include heightened emotions, like in the case of adventurous sex, it can be a real push towards intimacy.

There are several aspects on why being called daddy can bring you closer together. If you open up and show vulnerability by placing your trust in him, he’ll feel closer to you in return.

If he knows you count on him to satisfy you emotionally and sexually, he’ll feel even more motivated to do it.

It makes him feel admired

When a woman calls a man daddy, he feels that she appreciates him. It’s a little kinky, a little filled with connotations, but most of all, it’s flattering. A daddy is someone admirable, attractive, and respectable.

Why do guys like being called daddy? The opposite of daddy, in this case, would be if you called him “boy.” Someone who’s immature, flighty, and isn’t serious.

Being called daddy gives him assurance that you value and admire him, both as a person and his sexual prowess.

He’s driven by his hero instinct

Who could be a bigger hero than a dad? We mentioned that daddy isn’t really connected to the concept of fatherhood. Still, we can’t completely ignore the origin of the word.

Calling him daddy awakens his hero instinct to protect, provide, and care, and in return, receive your respect and appreciation.

(One thing to note, calling a man daddy in this sense has nothing to do with the harmful idea of “daddy issues.” That term is often used to place the blame on women for some previous trauma and shame them.)

He likes to feel your trust

When you call him daddy, you signal that you trust him to take care of you and give you what you need. You trust him to know when to push you and when to let you relax.

Sometimes being dominant is a struggle. It’s not always easy to take an assertive role and control everything. The fact that you rely on him to take care of you is very empowering. 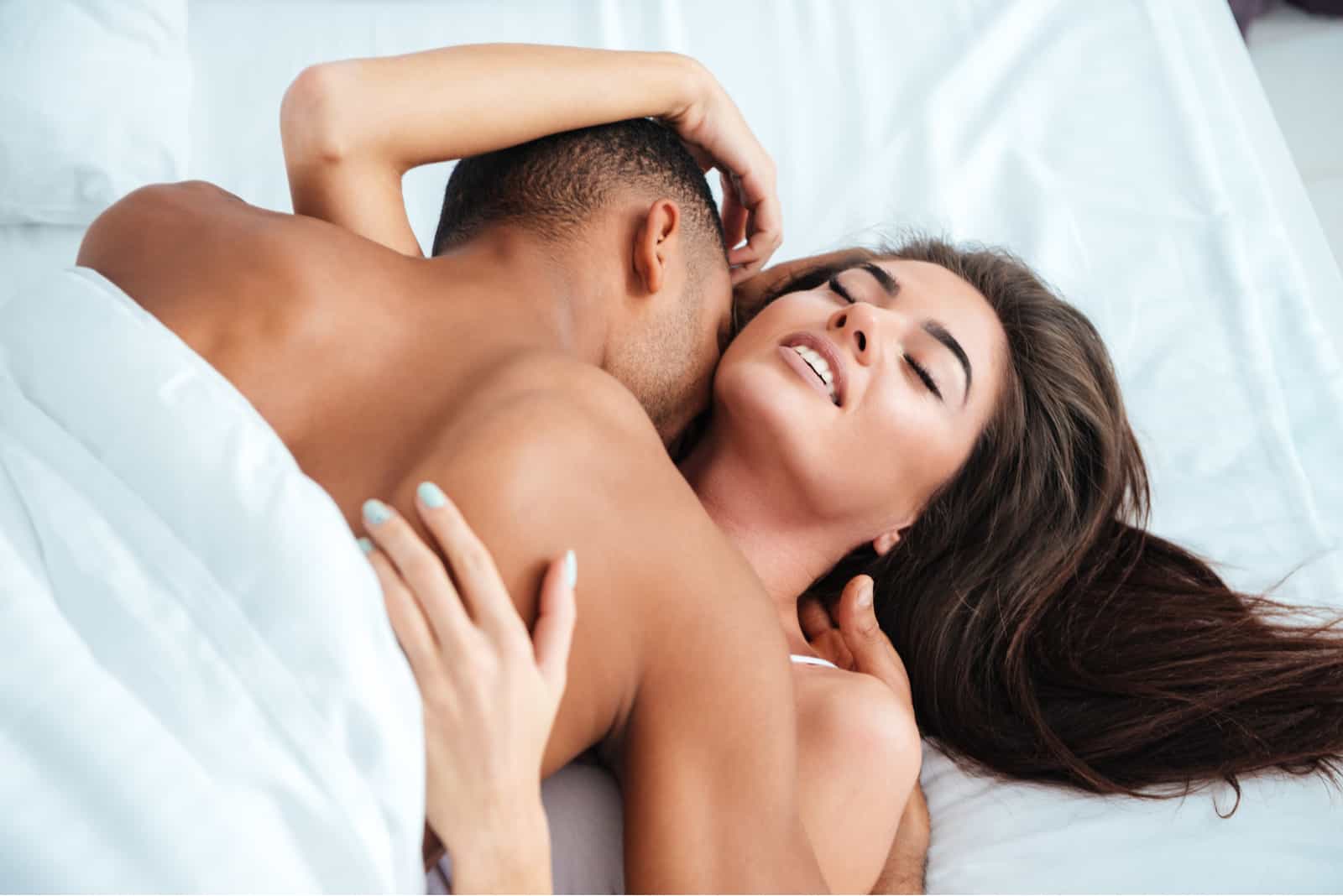 Sex is best when it’s explored with a partner you can openly communicate with. If you feel safe and secure in your partner to explore kinks and fetishes, you won’t need a sex therapist.

Your tastes might change and evolve. What you liked yesterday, you might not like tomorrow. The same goes for your partner. You could be reluctant to try something your partner suggests or to express some of your own desires.

This is why it’s crucial to establish open communication with the other person when it comes to your sex life.

Some things might make you uncomfortable, and some things you might like to try. So if you’ve discussed it and both are on board with you calling him daddy, it can be a lot of fun.

It gets him going

Sex can awaken a lot of feelings in a person, uncovering issues and truths we otherwise keep hidden. But sometimes, it’s just sex.

So maybe he likes you to call him daddy just because it’s a little naughty, and he thinks it’s hot.

No deep explanations and reasons. It’s simply on the list of turn ons. Being called daddy can make a man feel excited, without it being a domination thing or a kink.

Some people use the word daddy only as a term of endearment to signify that tonight he’s the boss in bed. Others like to engage in role-play of an unequal power dynamic.

For instance, an older man seducing a younger woman or a boss with a subordinate. As long as there isn’t real power inequality and everyone is capable of deciding, what you do in private doesn’t concern anyone else.

We use the term “baby” much more commonly. Usually, we call our significant other “baby” to show we want to take care of them. In the same way, when you call your boyfriend or husband daddy, you’re signaling that you want to be taken care of.

The DOS and DON’TS Of Calling A Guy Daddy

Maybe you’ve been calling your boyfriend daddy so often that it’s become second nature. Maybe you save it only for intimate moments. Maybe you can’t say it without giggling.

In any case, here are some tips on how to keep it cute and sexy and to avoid awkward situations. 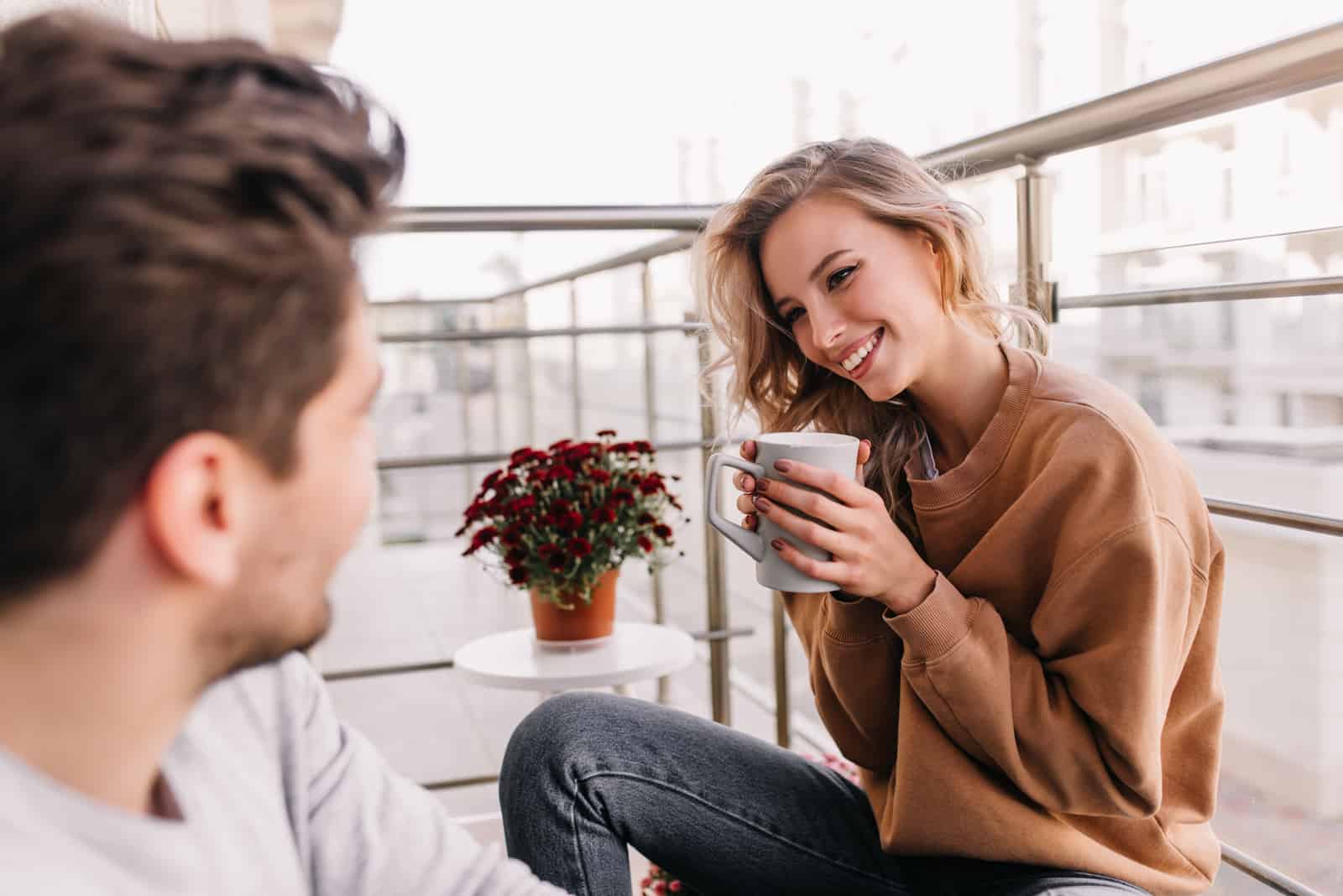 Using your body language and the tone of your voice, you can make it playful or loaded. Be it lighthearted flirting or an invitation to take it further, using a pet name is sure to send a thrill of excitement. (Just make sure he likes it before you call him daddy for the first time.)

It’s a surefire way to make him think of you while away. A steamy text to let him know his baby girl is eager to see him, maybe even in the mood to get kinky. Call your partner daddy in a flirty text (you can throw in a pic too), and he’ll be feeling anticipation until he meets up with you.

Murmuring anything in a soft sensual voice into his ear can drive him crazy. Pair this with something that turns him on anyway, and it’s on. Increase his (and your) sexual appetite by being a little seductive and mysterious.

Calling your man daddy in a sexual way could be a shortcut to making him go wild. If he’s into it, it’s an immediate on-switch for raising arousal. You’re also giving him a signal that you want to engage in a specific power dynamic, so indirectly, you’re giving him the go-ahead for it.

To keep things interesting or to give him a hint that you’d like to play, sometimes a simple word can work wonders. Some couples use it in a fun way to keep things playful. It takes some time to learn how to tease him, but you’ll get the know-how with practice and communication. 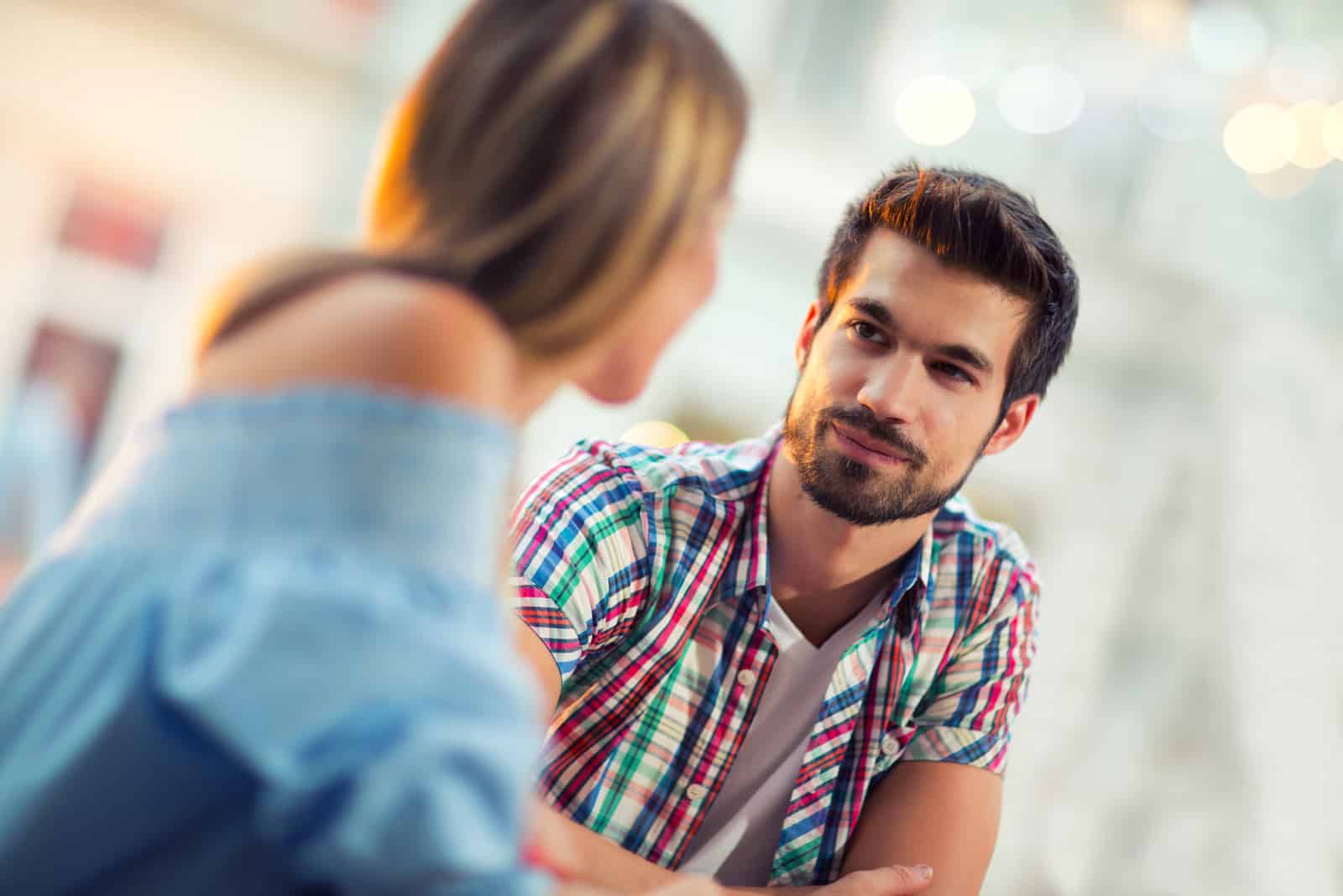 Most people are aware of the undertones of a guy being called daddy by a woman. Unless it’s obviously a joke, doing it in public might be a little distasteful, embarrassing, or even creepy. Besides, it’s more intimate to keep it private, something that’s just for the two of you.

This is related to the previous point. Always be aware that when it comes to any sexual situation, everyone involved should agree to it. If calling him daddy is a sex thing, don’t do it in front of people who haven’t consented to be a part of your play!

On the other hand, if a little exhibitionism turns you on, there are places where it can be done. (But do your own research, ahem.)

Sometimes he wants to hear you say it, but you don’t feel like it. Don’t ever feel like you have to do it. Like with anything sexual, it’s essential that everyone is willing. Your man should respect your wishes and not insist on anything you don’t want to do.

RELATED: 12 Proven Ways To Make Him Addicted To You

On the flip side, if he doesn’t like it, don’t use it. Maybe he simply isn’t into it, and many guys aren’t. Maybe he liked it but doesn’t anymore.

Maybe he just doesn’t want it right now. Whichever the case, I’m sure that you can find another sexy nickname together. (But skip “bae” because it’s over by now. Check Twitter for trending slang terms.)

In this situation, calling him daddy can be manipulative. It could make him feel like you’re not taking his feelings seriously. Or that you’re using your sexuality to win an argument. Regardless, it’s better to save it for good times.

Calling your man daddy has become commonplace in recent times. It can be flirty or sexy, sometimes even funny. In truth, it’s usually the woman who initiates it, but why do guys like being called daddy?

The main reason is that it makes him feel dominant, and he likes it. Taking care of you gives him a feeling of power and responsibility.

It also increases the intimacy between you. Being called daddy makes him feel admired and respected. When you place your trust in him, you awaken his hero instinct.

Sexually, being called daddy is a turn on. He feels like an experienced seducer who can teach you his ways (if you catch my drift).

If you want to call your man daddy, closely consider how and when it’s best to do it. In certain situations, you should skip it, and some other times, it can really spice things up.

Do Guys Like It When You Call Them Daddy? 216 Most Correct Answers